Presenting the much-coveted Alt Power 100 Artlyst 2021. This is our way of acknowledging our industry’s hard work and achievements, as we see it. The committee had a year off in 2020 due to the pandemic, but as most major art exhibitions and events have slowly resurfaced, it is again possible to compile the list.

The uncertainty caused by exhibitions opening and abruptly closing was a common occurrence in 2021. Biennales, fairs and global art events were announced then cancelled, leaving many institutions with massive debts. However, the resilience of our sector has proven robust, and even under strain, the visual art community has survived moving online and into new digital technologies.

As always, the Alt Power 100 Artlyst brings a clear and fresh perspective to the table, honouring the known faces of our trade while championing the personalities behind the scenes curating, organising, and helping to enrich our communities. Let’s look forward to the return of a full-on 2022. – Paul Carter Robinson Artlyst CEO – Sara Faith Associate Editor

1. Matthew Burrows CBE – Artist/ Founder of the Artists Support Pledge. Who would have thought that a simple hashtag# could help artists raise £30m and counting during lockdown?

2. Nan Goldin – Artist/Activist Founder of P.A.I.N. Nan and her organisation fought the mighty Sackler family manufacturers of the highly addictive opioid drug Oxycontin. P.A.I.N. has forced institutions to think about where the donors’ money comes from.

3. Mark Godfrey – Curator/Critic, former curator of international art at Tate Modern. Godfrey co-curated the cancelled then postponed Philip Guston exhibition, finding himself a sacrificial lamb after he was pressured to resign. 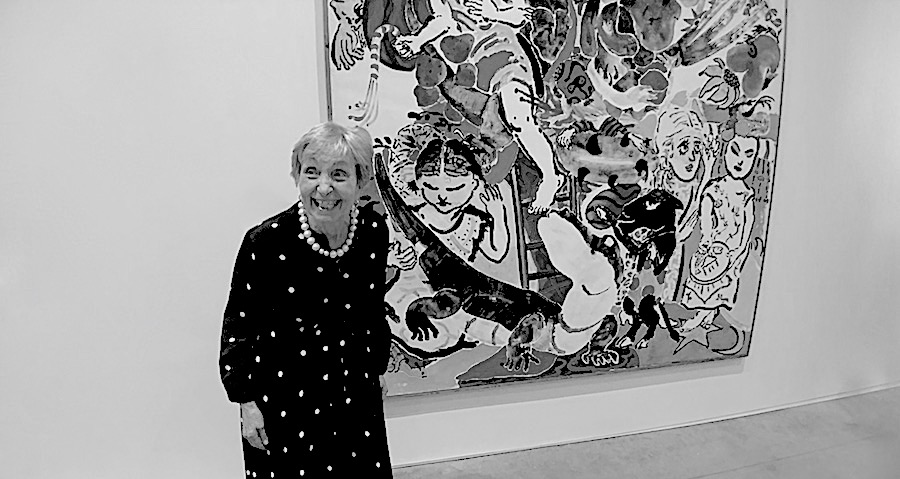 4. Paula Rego – Portuguese/British Feminist Artist What can we say about Dame Paula? Her Tate Britain retrospective was one of the best exhibitions of 2021. 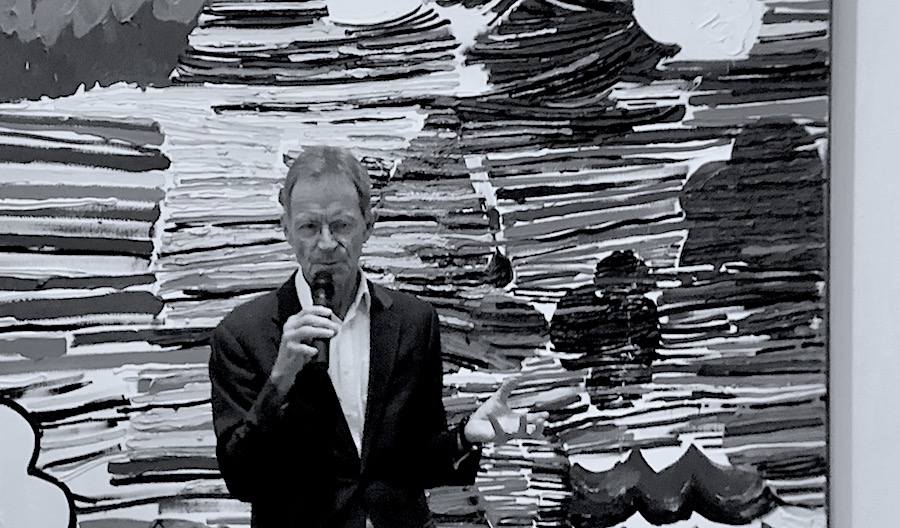 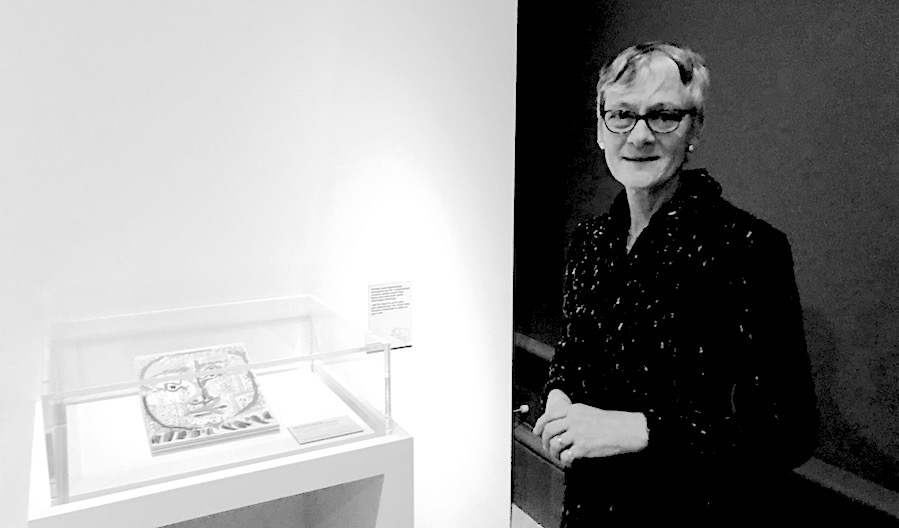 6. Rebecca Salter PRA – Artist and First Female RA President. Her stewardship of the RA is set to infuse some colour, vigour and vim into a greying demographic. 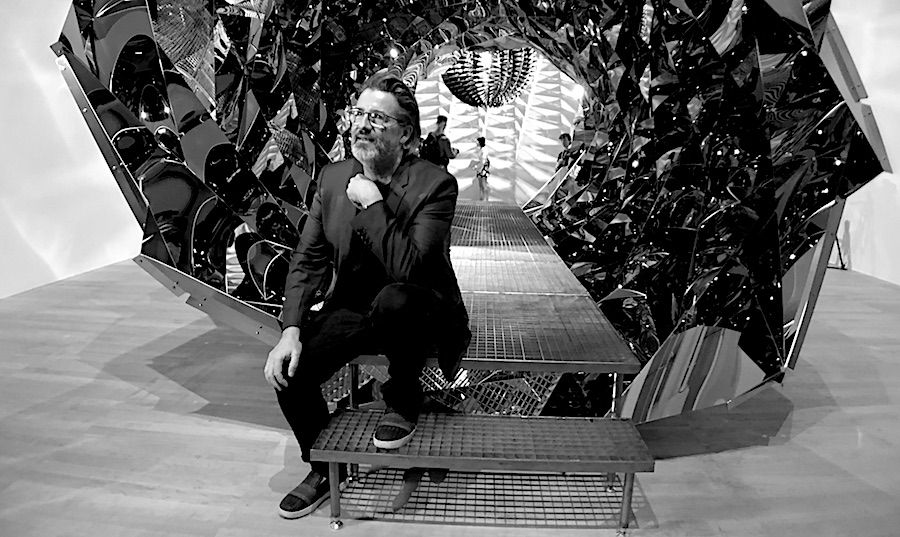 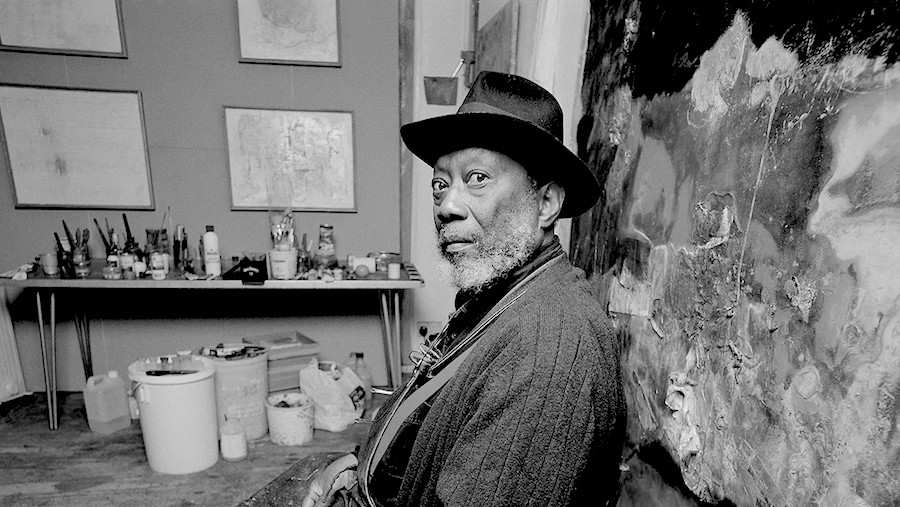 8. Sir Frank Bowling – His 60-year career is a testament to his sensual use of colour and bold experimentation. Born in Guyana (then British Guiana) in 1934, at 19 years old, Bowling moved to London. He went on to study painting at the Royal College of Art alongside David Hockney and R.B. Kitaj. 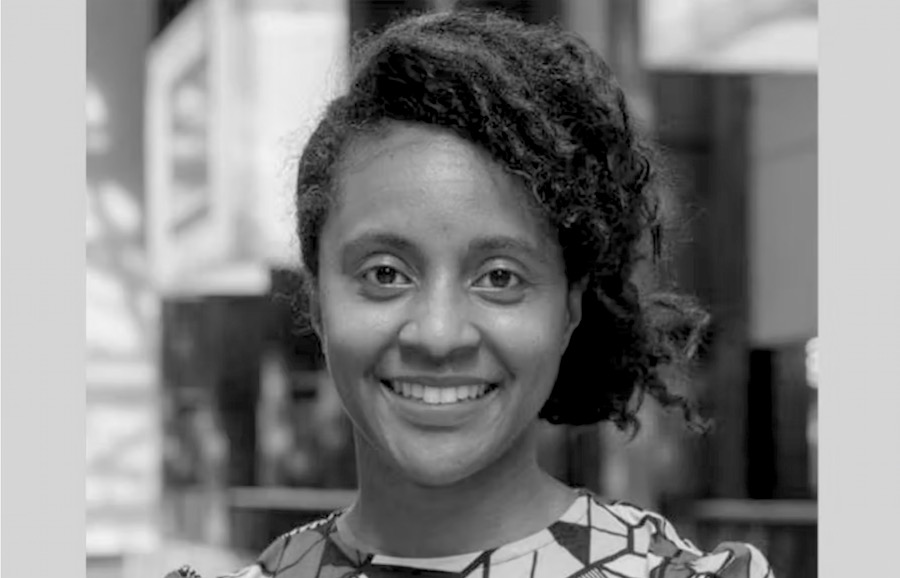 9. Zoé Whitley Curator/Director – Moving as a curator of London’s Hayward Gallery to becoming the Director of the Chisenhale Gallery. In 2017, with Mark Godfrey, she organised “Soul of a Nation: Art in the Age of Black Power,” a highly regarded travelling survey of Black artists influenced by activism, at Tate Modern. 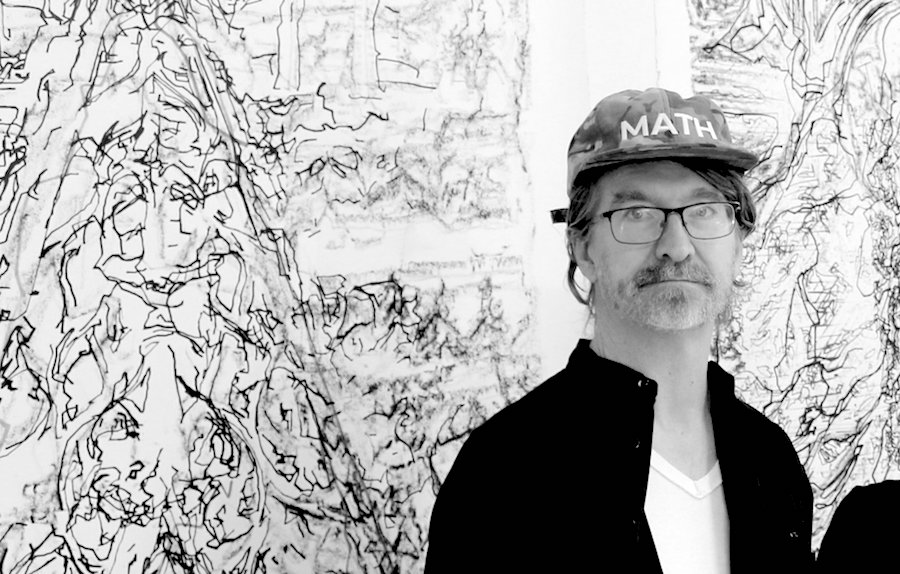 10. Kevin McCoy created the first NFT on 3rd May 2014. Employing a digital artist, he minted his NFT “Quantum,” a pixelated octagon filled with several pulsing shapes. This NFT sold at Sotheby’s on 28th November 2021 for $1.4 million.

1. Sir David Adjaye OBE RA – Ghanaian British architect, designer of the National Museum of African American History and Culture in Washington, DC. In 2021, David Adjaye revealed his design for the District Hospitals project across Ghana, Accra and The Africa Institute in Sharjah, UAE.

2. Jane Alison – Head of Visual Arts Barbican since 2013. In 2021 the Barbican featured retrospectives of Jean Dubuffet and Isamu Noguchi

3. Sepake Angiama – Curator and educator, initiator of Under the Mango Tree: Sites of Learning. She likes to work with artists who disrupt or provoke the social sphere through actions, design, dance and architecture.

4. Array Collective – winner of 2021 Turner Prize, a group of individual artists in Belfast who join together to create collaborative actions in response to the socio-political issues affecting Northern Ireland.

7. Banksy – Political street artist. Has been very active in 2021 – raising money for NHS charities, unveiling new murals on the east coast of England and pledging to save Reading Gaol from developers

10. Iwona Blazwick OBE – Director of Art at the Whitechapel Gallery since 2001 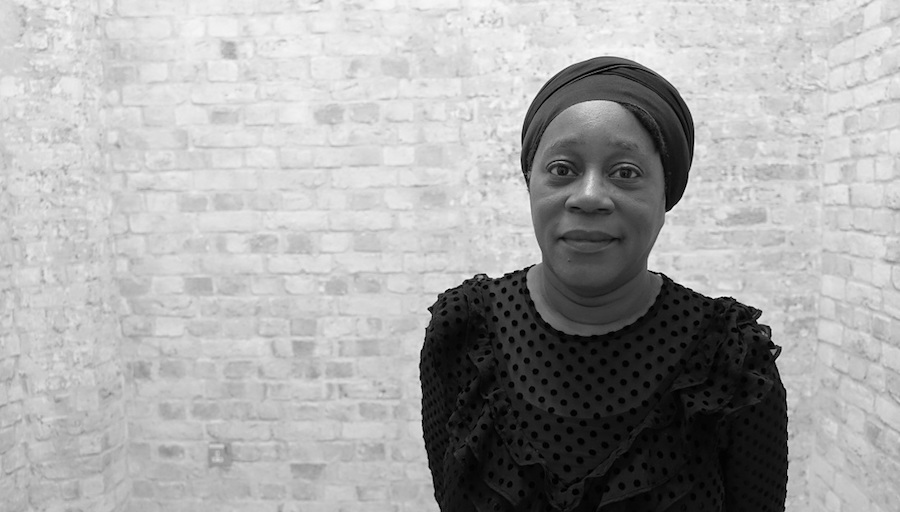 14. Sonia Boyce OBE – British Afro-Caribbean artist and Professor of Black Art and Design at University of the Arts London- selected by the British Council to represent Britain at the 59th Venice Biennale

16. A A Bronson – Artist, healer, curator, founder member General Idea. In 2021 he created a new film VideoVirus for World Aids Day, that was broadcast on a billboard in Piccadilly Circus

17. Matthew Burrows MBE – Artist/ Founder of the Artists Support Pledge hashtag that helped thousands of artists during the pandemic

27. Olafur Eliasson is a Danish-Icelandic artist known for sculptures and large-scale installation art that employed basic materials such as light, water, and air temperature.

33. Theaster Gates – American social practice installation artist. 2021 saw the start of a multi-venue presentation of his work at the Whitechapel Gallery, which will continue at the V&A and Serpentine galleries in 2022.

34. Gentle Radical -Turner Prize nominee 2021 – a project based in Cardiff run by artists, community workers, faith practitioners, writers and others advocating for art as a tool for social change. 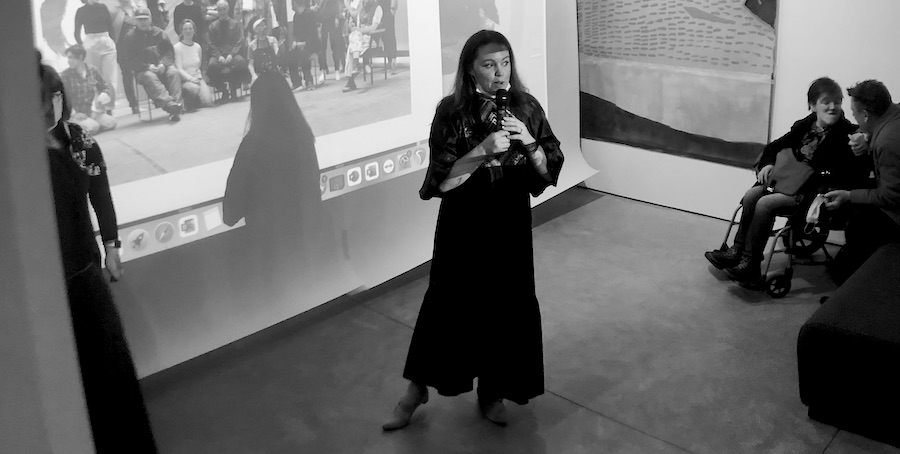 37.. RoseLee Goldberg – Founding Director and Chief Curator of Performa. The 2021 edition was a free event that took place entirely outdoors in New York.

38. Nan Goldin – American photographer who highlighted the OxyContin epidemic and isolated the Sackler family’s role as the manufacturers. The Met dropped the Sackler name from its building, as did the Louvre and numerous other global institutions following the lead.

39. Jane Hamlyn – Chair Paul Hamlyn Foundation Director of The Frith Street Gallery. In 2021 the PHF awarded £25,000 each to 20 visual artists and 20 composters.

40. Harmony Hammond – American artist, activist, curator and writer. A prominent figure in the founding of the feminist art movement in 1970s New York. In 2021 her work was included in the Women in Abstraction exhibition at Pompidou in Paris and Guggenheim, Bilbao.

42. Margot Heller OBE – Director of South London Gallery, was responsible for embedding the gallery in its local community while establishing its international reputation.

48. Arthur Jafa, an American video artist, showcased his first film after winning the Golden Lion at the 2019 Venice Biennale. AGHDRA continues his themes of Black survival

50. Dr Samantha Lackey – Director of Liverpool Biennial. The 2021 edition was postponed from 2020 and met the challenges of the pandemic through a combination of outdoor venue and online viewings

51. Simone Leigh – will be the first Black woman to represent the USA at the 59th Venice Biennale

53. James Lingwood and Michael Morris – outgoing Co-Directors of Artangel who commission and produce some of the most exciting site-specific works 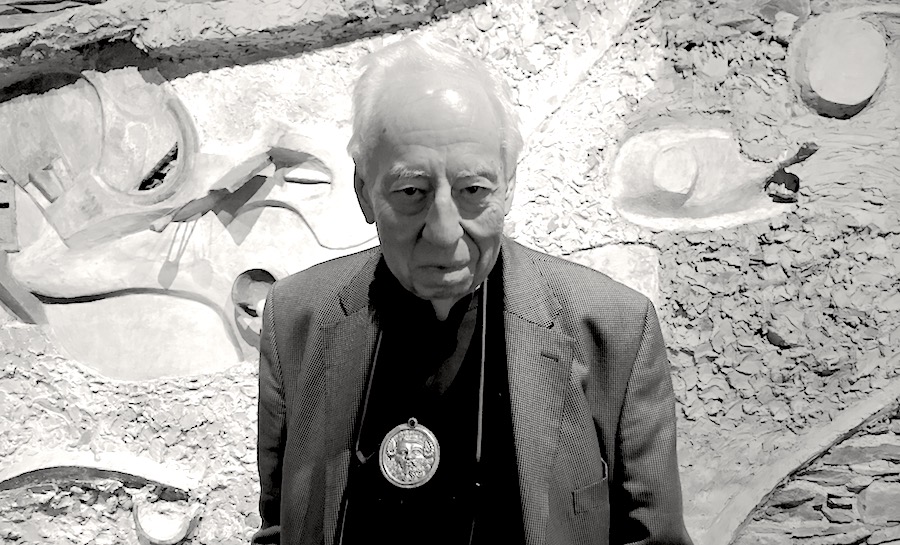 55. Seema Manchanda – Director of The Showroom, chair of the Black Training and Enterprise Group (BTEG), a national race equality charity.

56. Tim Marlow – Critic, broadcaster and Director of The Design Museum

57. Kevin McCoy created the first NFT on 3rd May 2014. Employing a digital artist, he minted his NFT “Quantum,” a pixelated octagon filled with a number of pulsing shapes. This NFT sold at Sotheby’s on 28th November 2021 for $1.4 million.

excellence and innovation in the arts.

60. Ibrahim Mahama – Ghanaian author and artist of monumental installations, winner of the Pino Pascali Award 2021 given to an artist who is still waiting to be officially recognised despite being known internationally

63. Sarah Munro – Director of the BALTIC Centre for Contemporary Art

64. Oscar Murillo – Colombian born painter. In 2021 he created the Hackney Secondary school project in which 100,000 school children from around the world submitted canvases that were put on display in his old school

66. Francis Nelson – Director of Culture Coventry. Coventry was City of Culture 2021 and the Herbert Gallery hosted the 2021 Turner Prize exhibition.

67. Helen Nisbet – Curator of Art Night which for the first time took place across the UK for a full month 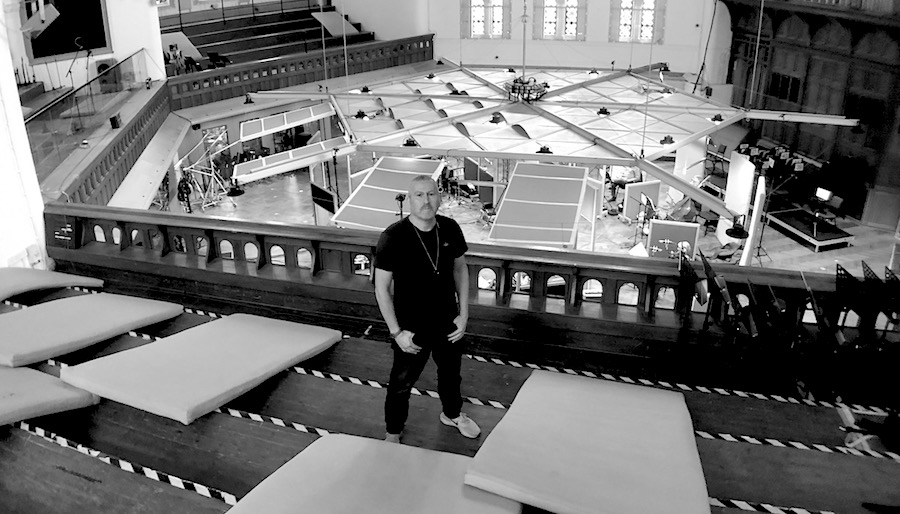 73. Victoria Pomery OBE – Takes over as CEO of The Box, Plymouth leaving her role as Founding Director of Turner Contemporary

74. Project Art Works – Turner Prize nominee 2021 – a collective of neurodiverse artists and makers based in Hastings.

75. Meni Rosenfeld – wrote a paper released On 4th December 2012, introducing the concept of Coloured Coins. They were issued on the Bitcoin blockchain, representing and managing real-world assets on top of the Bitcoin blockchain. This can be used to prove ownership of those assets. They are ordinary Bitcoins. However, they contain a unique digital minting mark.

80. Nicholas Serota – Chair of Arts Council England who has worked tirelessly throughout the pandemic to help struggling creative institutions and individuals with financial support

87. Dame Paula Rego –Portuguese-British painter who had a retrospective show at Tate Britain this year

89. Deborah Swallow – Director of Courtauld including the gallery that reopened in 2021 after major remodelling

90. Paul Thompson – Vice-Chancellor of the Royal College of Art, the world’s most influential postgraduate institution of art 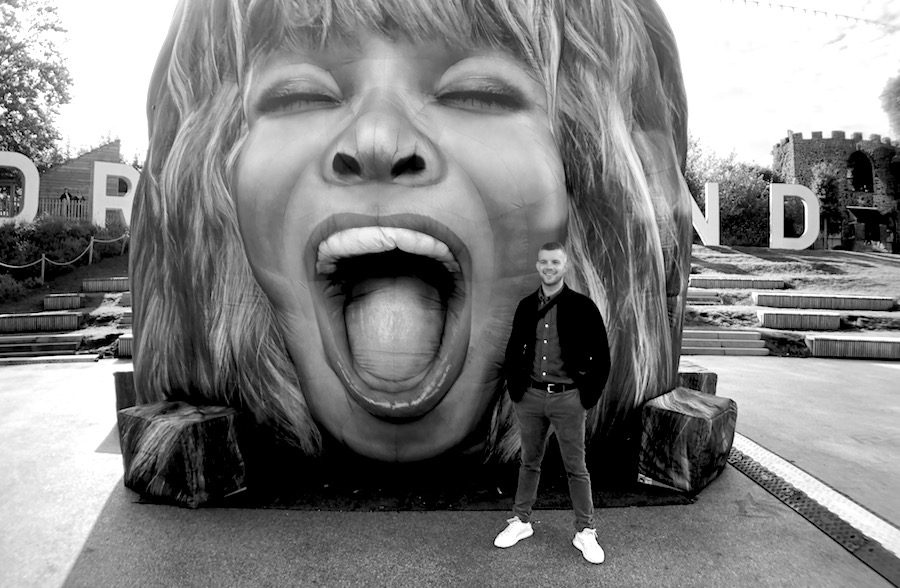 99. Lynette Yiadom-Boakye – British painter and writer whose exhibition at Tate Britain was cut short by the pandemic but will return at the end of 2022

Special mention to : Achim Borchardt-Hume (1965-2021) Director of exhibitions at Tate and to Christo and Jeanne Claude for finally achieving the wrapping of L’Arc de Triomphe, Paris