While many collectors and Art world professionals were in Europe for TEFAF and the Auctions in London, I went instead to visit the New York art scene for the Armory week.

New York had a lot to offer, from museum shows and gallery exhibitions to private collection visits and its five art fairs (Armory, NADA, Independent, Volta and Collective design). Here are the highlights of my intensive, full-on art week.

With a good sales track record and an enjoyable visitor experience, there was a consensus amongst fairgoers that Nicole Berry, the new fair Director, had managed to make the 24th edition of the Armory show a success.

Despite the snowstorm, I was impressed to see that many collectors were present at the opening. Michael Eisner, Ella Fontanals-Cisneros, Anita Zabludowicz, Agnes Gund, and the Japanese e-commerce magnate Yusaku Maezawa were all spotted at the fair.  With 198 galleries from 31 countries, the Armory was very pleasant to visit with its two piers, large booths and wide aisles. 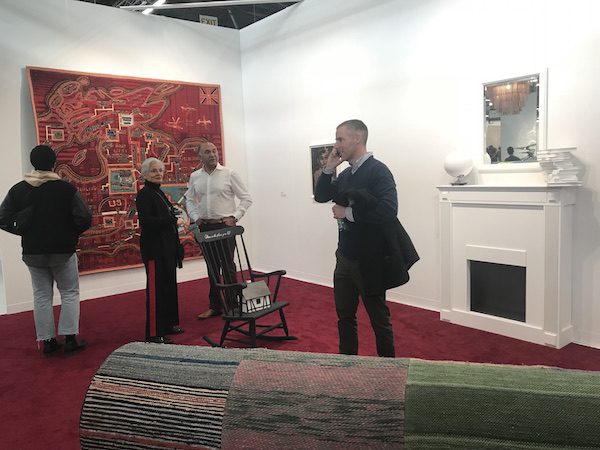 At pier 94, some of my favourite booths included Victoria Miro: a collector’s home rather than a traditional art fair booth, with “furniture” by Elmgreen & Dragset, works from Tal R, Milton Avery, Alice Neel and paintings by Yayoi Kusama. 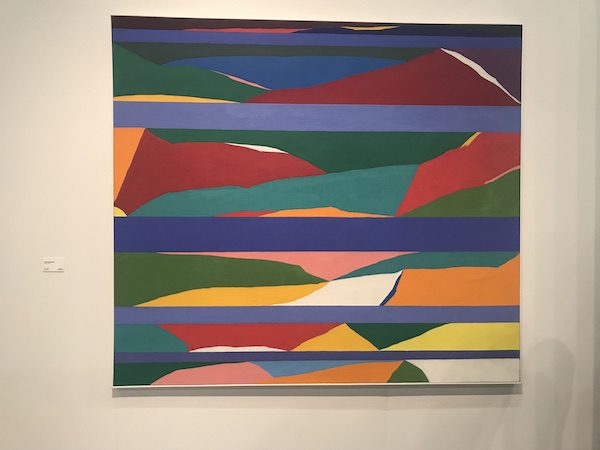 Mazzoleni gallery from Turin and London, dedicated to Post-war and Contemporary Italian art, had a truly museum-quality display. The booth had a focus on Piero Dorazio and Gianfranco Zappettini: a conversation between the two artists on abstraction and realism. Although they were from different generations, both investigated light, colours, perception and vibrations.

The fair experience was even more enjoyable at Pier 92, quieter and with curated sections: Focus and Insights. I was pleased to see at 10 Chancery Lane a historical presentation of works of Huang Rui, the Chinese artist who is part of the star movement. I had a memorable visit to his studio in Beijing several years ago.

Yayoi Kusama’s collages from 1980 and 1981 at Omer Tiroche were eye-catching, featuring magazine clippings – many of birds – given to her by her former lover Joseph Cornell.

Hans Ulrich Obrist gave a truly inspiring keynote on “Exhibitions in the 21st century” at the conclusion of a curatorial leadership summit.

The following day, I ventured to the Independent at Spring Studios in TriBeCa, a refreshing fair with only 54 exhibits.  Blue-chip dealers co-exist with emerging galleries and established artists with the new vanguard. I discovered the seducing baroque and sensual paintings of the young London-based artist Issy Wood. 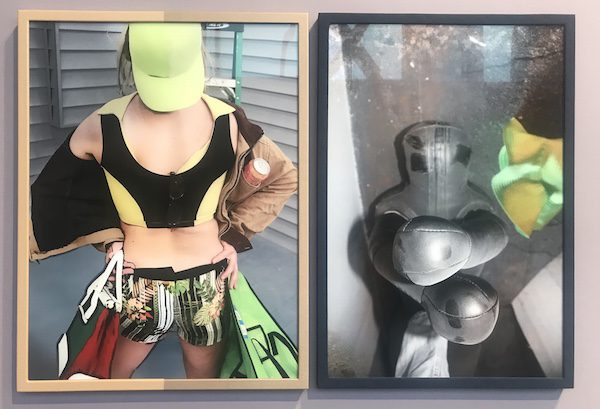 To take a break from the art fairs, I went to MoMa, where the exhibition dedicated to the Modern Brazilian artist from the 20’s and 30’s, Tarsila Do Amaral (1886–1973), is simply exquisite. She was a main figure of the Anthropofagia movement, “a form of cultural cannibalism in which Brazilians consume qualities from other cultures (European, indigenous, and Afro-Brazilian) in order to create a uniquely Brazilian artistic identity.”

I had mixed feelings at the Danh Vo exhibition: Take my breath away. The works are totally melancholic, beautiful, like an archaeological journey into the endless question of identity. Yet I could not help thinking that the space, the Guggenheim Rotunda, remained at times overwhelming, like a “rendezvous manqué”.

Together with a mix of celebrities including Patti Smith, collectors, art advisors, art students and art lovers, I attended the opening of Cy Twombly’s drawings and works on paper at Gagosian gallery in Chelsea on Thursday evening. Organised in association with the Cy Twombly Foundation, the exhibition marks the completion of the Cy Twombly: Catalogue Raisonné of Drawings. A Must See while in New York.

I left New York on a bright sunny wintry Sunday filled with Art, happy to have met new and old friends and knowing I will be back sooner than later.

Text and photos by Virginie Puertolas-Syn

Top photo: by Teddy Wolff | Courtesy of The Armory Show