Curator and Gallerist Virginie Puertolas-Syn chooses twelve of the best stands at Art Basel 2017. Art Basel is a curated selection of 291 first-rate galleries exhibiting at the fair’s 48th edition in Basel. The gallery list for the Swiss event, taking place from June 15 to June 18, 2017, is exceptional. This year sees the return of leading international galleries presenting works ranging from the early 20th century to contemporary art. The Basel show presents galleries from 35 countries and six continents. Once again, a very strong contingent of galleries from Europe will be joined by exhibitors from across the globe.

After Venice, Athens, Kassel, and Munster, the 48th edition of Art Basel is another important stopover in the Grand Tour that collectors, curators, artists, critics and art lovers would have embarked on this spring. With 291 galleries from 35 different countries and about 4,000 artists, Art Basel, as usual, never disappoints the visitor.

I arrived on Monday in sunny Basel to attend the opening of Unlimited, always a highlight and a much-anticipated event of the fair. Curated for the sixth consecutive year by Gianni Jetzer, it presented 76 large scale projects. 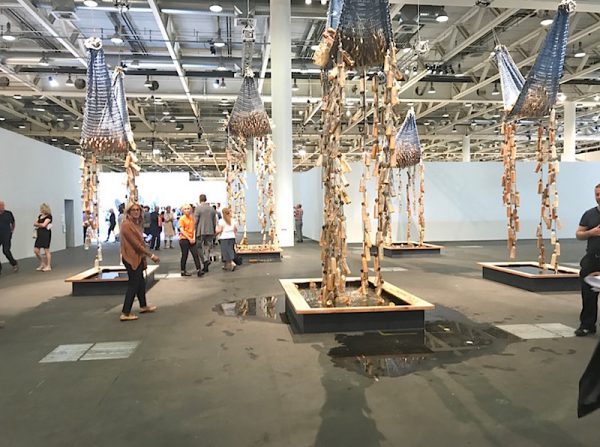 I was moved by Sue Williamson’s installation (UK), “Messages from the Atlantic Passage”. (Sue represents South Africa at the Venice Biennale.) Like a memorial to slavery, the installation is based on accumulated records of the history of slavery from the 16th to the 19th century. Between 1525 and 1866, 12.5 million Africans were shipped to the New World – some 10.7 million survived. Five fishing nets are suspended from the ceiling with glass bottles. Each bottle is hand-engraved with information about a different slave. 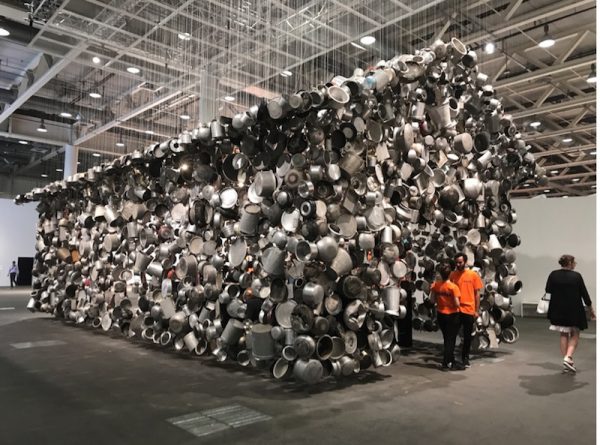 Subodh Gupta (India) has created a shelter with used aluminium utensils hanging from transparent fishing lines where the artist cooks for collectors and the happy few. The cooking performance symbolises inclusion and acceptance. 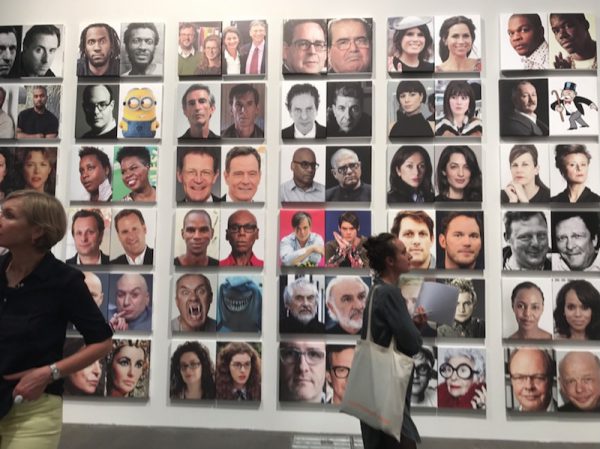 I had a good laugh at Rob Pruitt’s (US) Official Art World Celebrity Look-Alikes rooms.  The project started on the artist’s Instagram account and now fills a full gallery in Unlimited with the Art world’s powerful players and their celebrity look-alikes. The result is funny, witty and hugely playful. 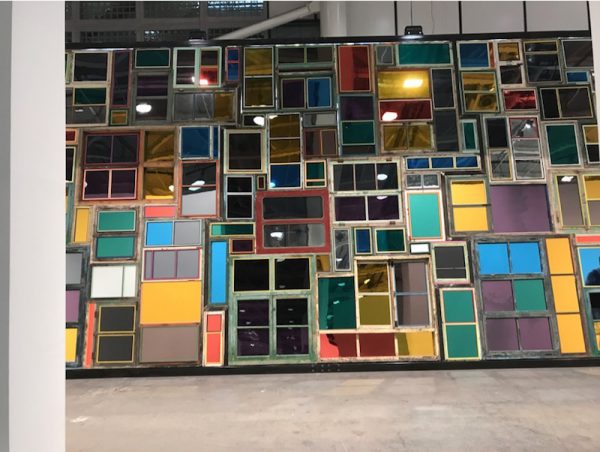 I enjoyed walking inside Song Dong’s  installation (China), “Through the Wall”, made from the window frames of Hutong Houses in Beijing. Those traditional and historic houses are being destroyed in favour of new constructions. The artist, who deals with themes of consumption, accumulation, and waste, offers us a unique sensorial experience that challenges our perceptions. 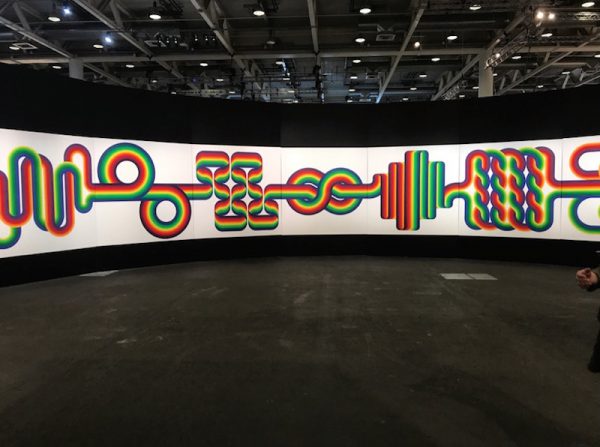 It is a treat to see “La Longue Marche” created by the pioneer of Op Art, Julio Le Parc in 1974. It is a truly historical work: 10 square paintings presenting 14 colours of the chromatic prism, creating visual effects of superposition, braiding, and overlapping.

On Tuesday, I ventured to the art fair. The ground floor was very busy with galleries presenting Modern and Contemporary works from the primary and secondary markets. 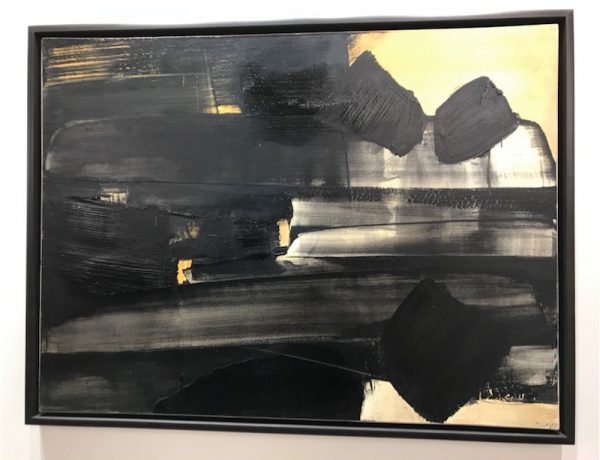 Pierre Soulages, Peinture 1961 97x130cm – Levy GorvyThe new Levy Gorvy gallery presented a beautiful work by Pierre Soulages from 1961. The French painter’s works are presented at Karsten Greve, Bernard Jacobson, and Perrotin (who opened his new gallery in Tokyo with a solo show of Soulages), and are very much in demand now. 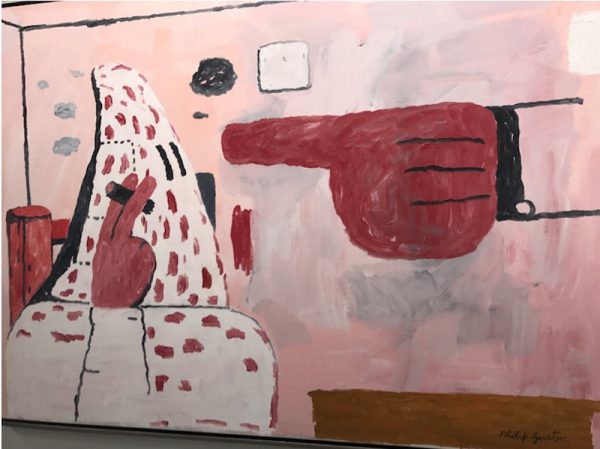 Unsurprisingly a number of artists from Venice and Kassel were presented by their dealers in Basel. Hauser and Wirth sold a beautiful Philip Guston painting “Scared Stiff” for US$15 million following the Venice exhibition at Academia. 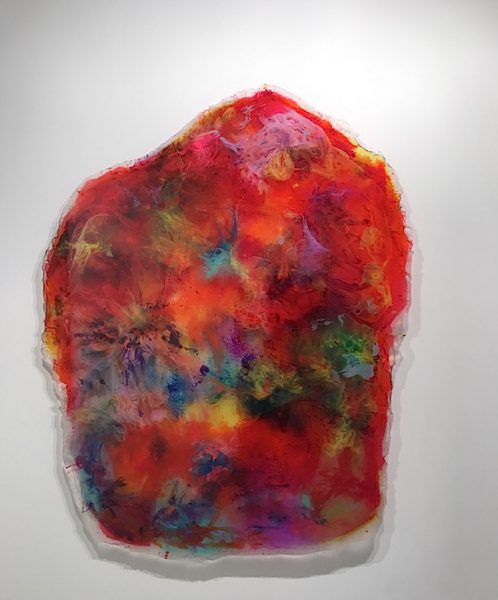 I really liked Daniel Knorr’s work at Galerie Nachst St. Stephane Rosemarie Schwarzwalder. The Romanian artist has worked in Documenta, both in Athens and Kassel. 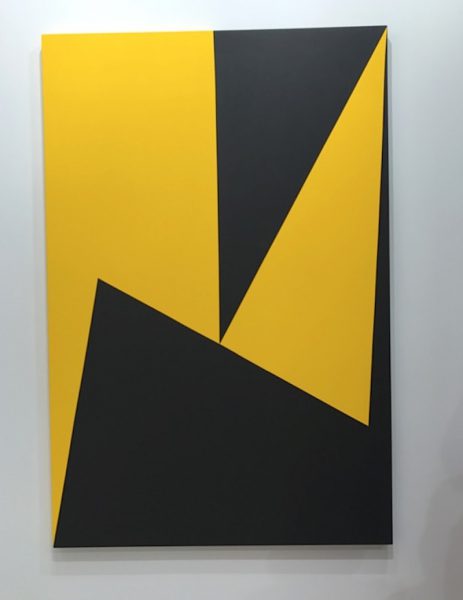 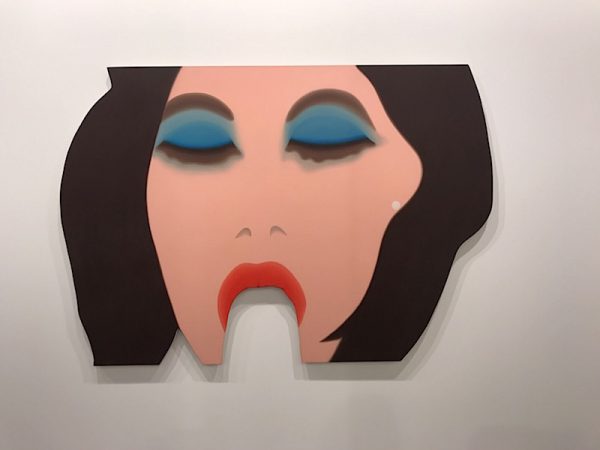 On the second floor, Almine Rech presented a simple elegant booth with a great piece from Tom Wesselmann. 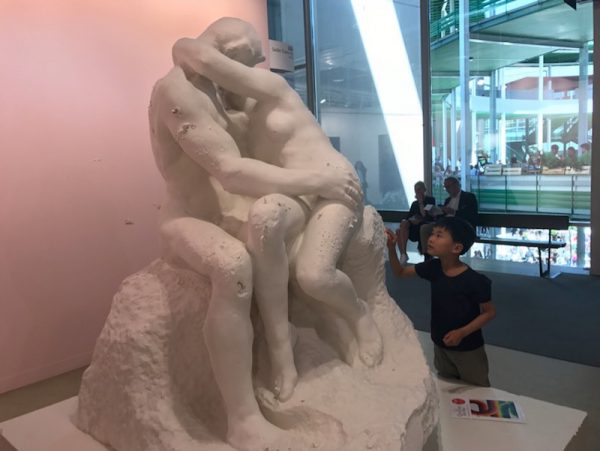 Urs Fisher’s ephemeral sculptures “about the process of distortion through time” are presented both at Gagosian (wax) and Sadie Cole (oil-based modelling clay) for the enjoyment of the visitors who can imprint their own touch. 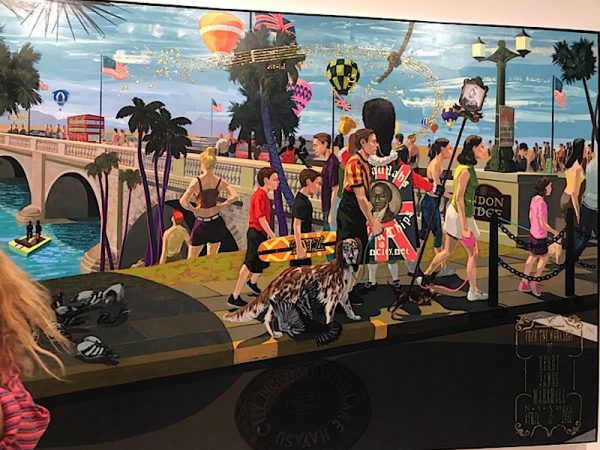 Jack Sharman sold a beautiful piece from El Anatsui for US$1.7 million and also presented Kerry James Marshall who had a beautiful exhibition at the Museum of Contemporary Art in Chicago and at the Metropolitan Museum.

By At the end of the first day, many dealers seemed happy and contented. Sales were reported to have reached US$60 million on the first day only. The art market definitely remains strong for blue-chip artists and works.