The Vauxhall Art Car Boot Fair is something to celebrate. Each year a number of A-list artists join emerging unknowns to offer their work at knock down independent prices. This act of generosity allows new collectors who couldn’t normally afford to buy a significant work of art the opportunity to purchase a work at a fraction of the art fair or gallery price.

Organiser Karen Ashton, Founder of the Art Car Boot Fair said, “Our exciting new locale has helped make this the most successful year ever.”

The queue snaked for a quarter of a mile down alleyways and under bridges for the event. Over 4,000 people visited the fair this year held for the first time at The Workshop in Lambeth High Street. (see top photo) yes this really happened! The one-day festival took place on the streets of Vauxhall’s vibrant new gallery district with the support of Newport Street Gallery and U+I Plc, It presented an eclectic line-up of over one hundred artists who sold exclusive pieces from the boots of both new and vintage Vauxhall cars. 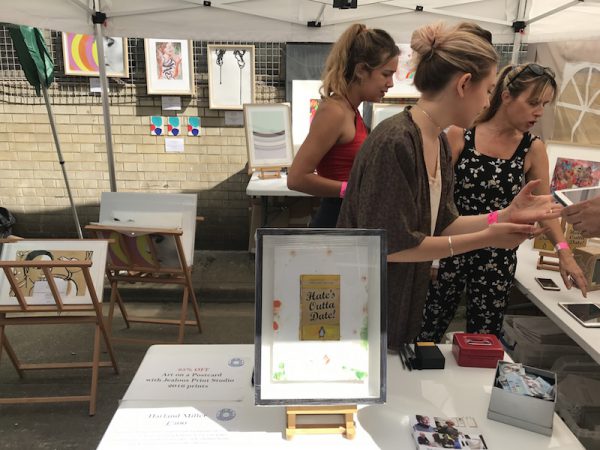 Harland Miller created a charity post-card sized limited edition print entitled ‘Hate’s Outta Date’ (2017) sponsored by Art on a Postcard to raise money for The Hepatitis C Trust) The small work was priced at £300 and you got a chance to win the original artwork. 40 from an edition of 50 were sold at the fair with 10 having been available online. Art on A Postcard had several other noteworthy prints for sale in association with Jealous Gallery (who were also at the fair) check out their website. 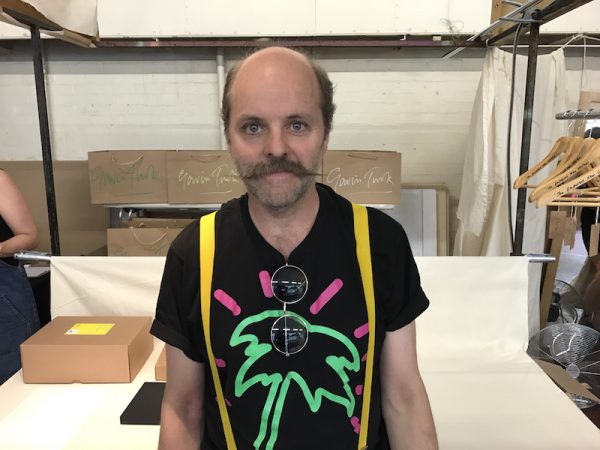 This year the Vauxhall Art Car Boot Fair fair included veterans like Gavin Turk who created a site-specific project entitled, ‘The Emperor’s New Clothes’ the work consisted of a large signed shopping bag with a box which when opened contained a wooden hanger. He even provided a changing room to try on the invisible garment. 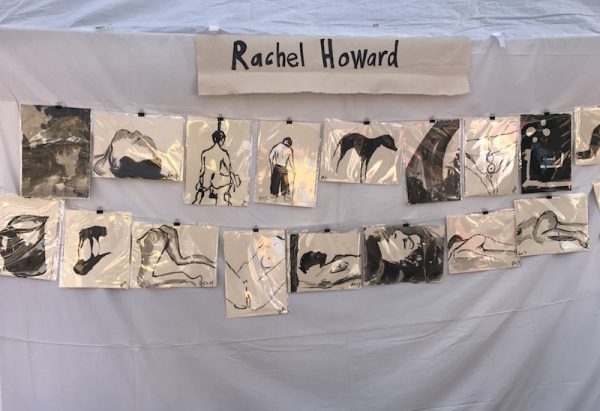 Rachel Howard created original drawings priced at just £300 each they included her famous Black Dog series as well as a number of her trademark nudes. 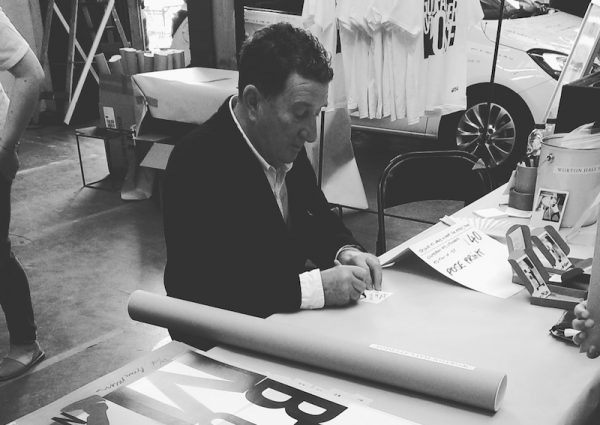 Bruce Maclean with the help of Andrew Curtis created a piece for Worton Hall, The Godfather of Pose, Bruce McLean presented Polaroid Pose Piece alongside Trying to Make a Name For Myself Piece print and The Godfather of Pose t-shirt and Changing Room 12 inch etching. Two photographic backdrops and related mostly p-props including plum, pear, pineapple, play dough moving through to quiche, Giacometti and shoe were used to make unique polaroid works featuring the props, artist and often buyer. 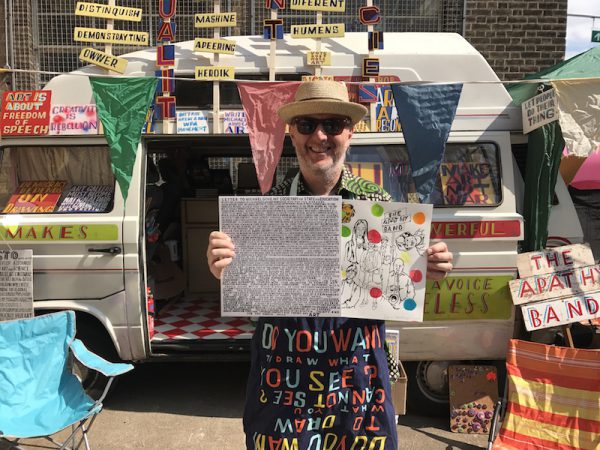 Bob and Roberta Smith pressed a special vinyl album with spoken word content on one side and music on the other. Entitled A Letter To Michael Gove, It features Jessica Voorsanger on vocals. The object is to buy two and have two turntables playing both simultaneously for the full effect. The album comes with a signed hand coloured print by both Bob and Roberta Smith and Jessica. 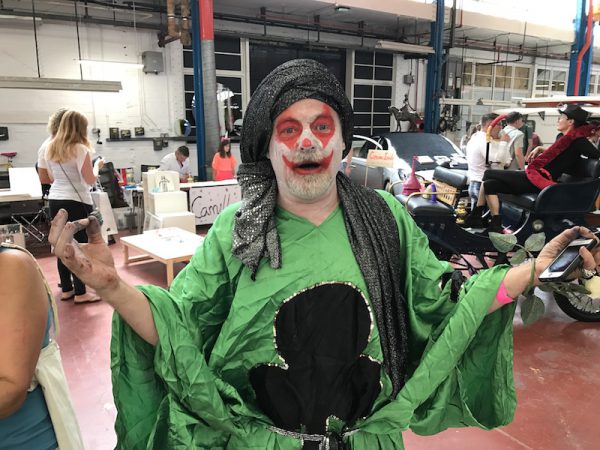 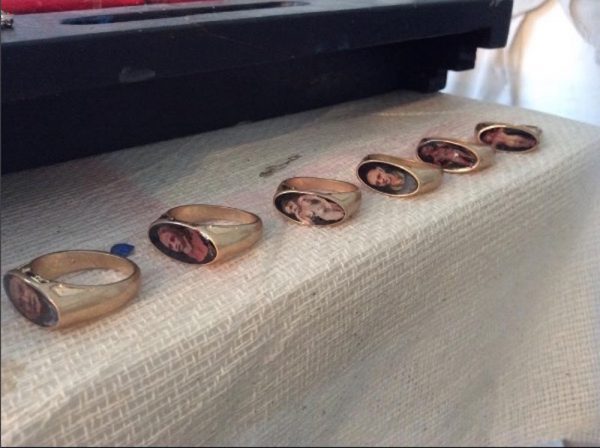 Geraldine Swayne offered her fantastic original figure and portrait paintings for £100-£300 with miniatures on rings for £150… a bargain. I was tempted 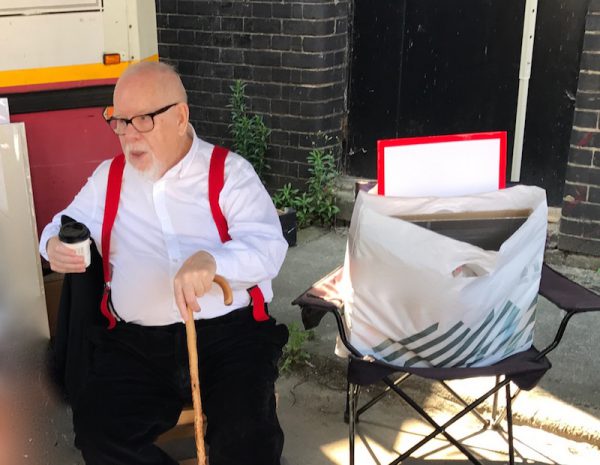 Peter Blake offered a floral print this year. The edition of 200 sold out within the first hour. 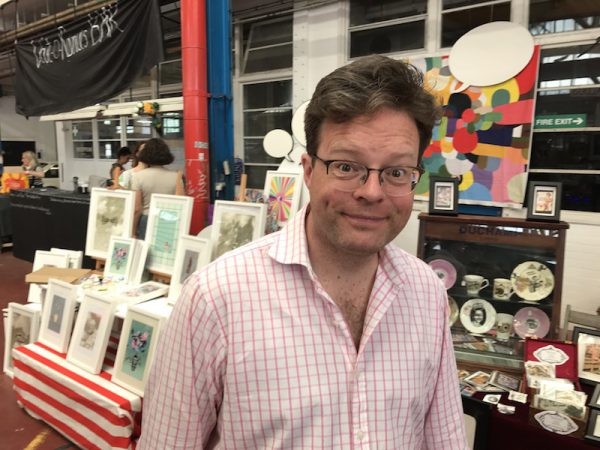 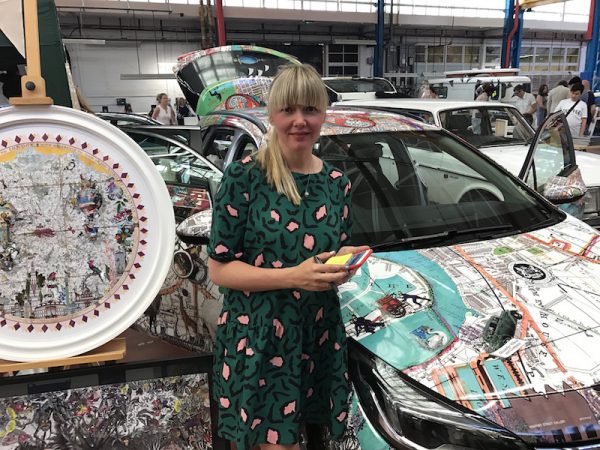 A specially commissioned car exterior design by Kristjana Williams was on view for the first time. The Vauxhall Astra Sports Tourer was shrink-wrapped with her Fornasetti like designs. 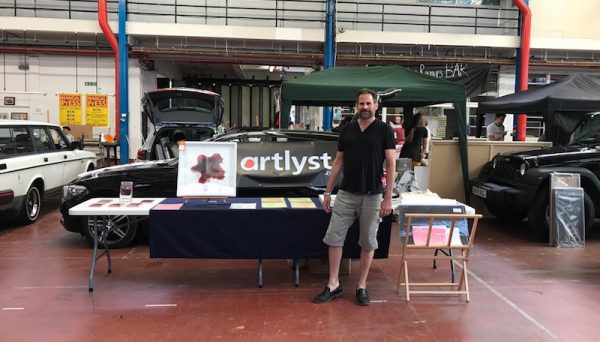 Of course, Artlyst were back with an original print commissioned from Michael Petry and lots of free tote bags for everyone. Bands played karaoke was sung and even the very hot Tommy Cooper tent was packed out. 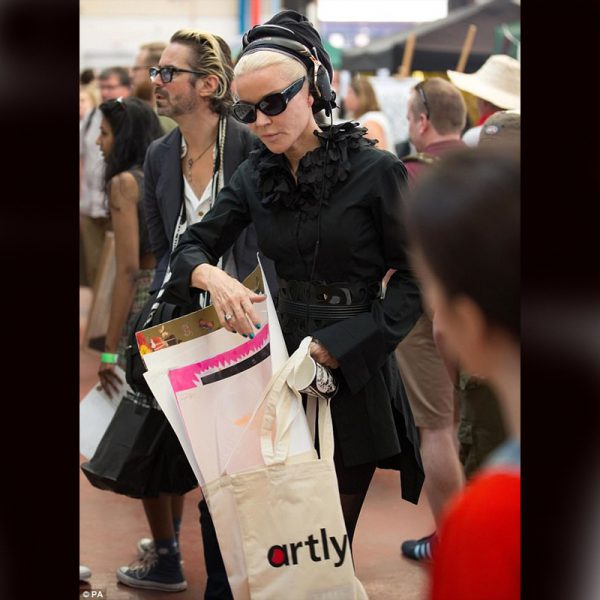 Daphne Guinness donned an Artlyst bag as she picked up some limited edition bargains at the Vauxhall Art Car Boot Fair in London http://www.artlyst.com/ Sorry this image was taken off of Twitter as I didnt have it but hey it’s my bag!!!