In her review of Barbara Hepworth: Sculpture For a Modern World, Sue Hubbard expressed her view that the Tate had missed the opportunity to build a more revelatory show than was actually achieved by choosing not to use in the show explanations of Hepworth’s work in terms of her religious beliefs which Lucy Kent had explored in a catalogue essay.

A similar complaint could be made regarding the Tate’s Paul Nash retrospective. On this occasion the relevant catalogue essay is by David Alan Mellor which explores the range of spiritual positions intertwined with advanced socialist and feminist thought in the first two decades of the twentieth century, with Nash and his wife, Margaret, having a particular interest in Christian Socialism and Christian Science. For all its exploration of spirit and mysticism, the exhibition fails to show the influence of the specific religious beliefs Mellor mentions in his essay.

In the past, the reality of religious belief in the lives of such artists would have been overlooked or ignored because it did not fit the established narratives of modernism

In the past, the reality of religious belief in the lives of such artists would have been overlooked or ignored because it did not fit the established narratives of modernism but in this workshop and these essays faith is foregrounded. This has changed as the postmodern focus on micro-narratives has inspired exploration of a wide range of overlooked stories, while the secularist belief in the end of religion has proved false meaning that the engagement of significant artists with religious themes could no longer be ignored. The result is that we are at any early stage in understanding the role that religious beliefs have played within modern art, so it is instructive to consider the ways in which Mellor, Kent, Hubbard and others address the topic.

Mellor suggests that the effect of Christian Science, with its ‘dematerialisation of the world’, was to de-emphasise ‘corporeality and mass’ in ‘Nash’s later development of a distinctive form of pale flat-patch oil painting’, while he also quotes Margaret Nash’s view that the wings of the aerial monsters he loved to draw were like the wings of his spirit as he made his ‘merciful and peaceful journey to other worlds and spheres of the mind’. 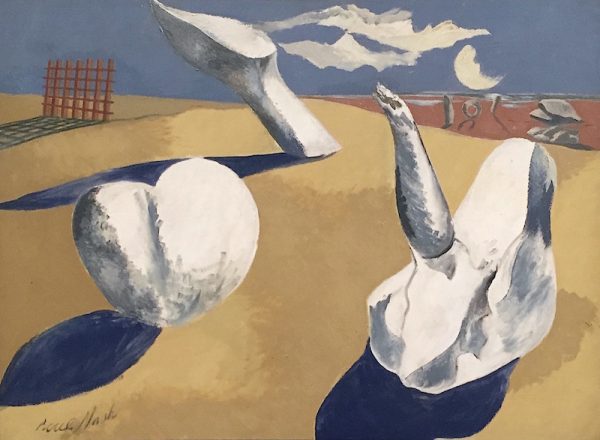 Sue Hubbard notes that Hepworth produced her first ‘pierced’ sculpture ‘at the height of her commitment to a religion that denied the reality of material existence’. Piercing the composition ‘allowed her to sculpt not only with matter but with space’, to elide the formal with the spiritual. The aperture led her to a ‘place’ beyond the physical confines of the material.

In his presentation The Christian Scientist as Artist: From Violet Oakley to Joseph Cornell [i], Massimo Introvigne explored the influence of Christian Science on the work of James Franklin Gilman, Evelyn Dunbar, Winifred Nicholson and the Group of Seven, as well as Oakley and Cornell. Each seems to have had an individual view on the kind of aesthetics an artist may derive from Christian Science, although Introvigne notes that Mary Baker Eddy wrote of pictures as being ‘the artist’s thought objectified’ while he suggests that the true aim of all Christian Science artists may be to create palaces of the mind ‘free of the limitations of the matter and the mortal mind, where the mental state fully governed the physical’.

While Gilman’s work was essentially didactic, the majority of the artists whose work is examined by Introvigne are inspired by Christian Science principles but do not directly illustrate its textbook. There are occasional similarities between elements of the work of some these artists. Nash and Winifred Nicholson, for example, both paint flowers on window sills (as does David Jones, another religiously-influenced artist) because of the scope provided through frames and reflections and the interplay of outside and in to suggest the beyond. 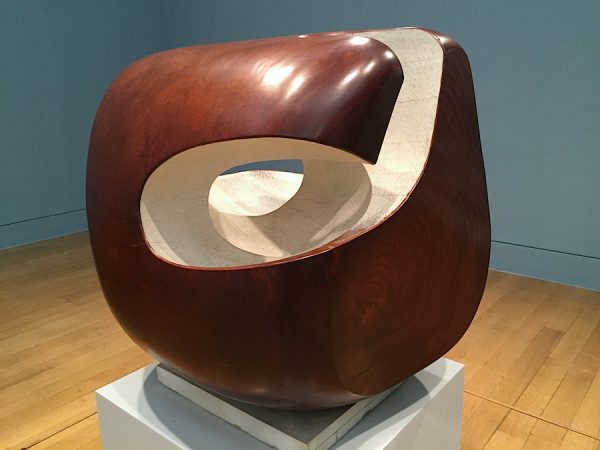 However, the diversity of their work is rather more apparent suggesting either that Christian Science contains a depth which can be expressed through a variety of differing means or that the artists and their interpreters are able to see spirituality wherever they choose. Interpretation can be built on statements made by the artists but must also cohere with the works themselves. As with all such reflection, interpretation is to some extent in the eye of the beholder.

Christian Science does not explain the work of Nash and Nicolson just as surely as their work does not illustrate Mary Baker Eddy’s Science and Health with Key to the Scriptures. Yet Christian Science and religion more broadly is a factor in their work and one, which if overlooked or disregarded, diminishes our understanding of and appreciation for their actual achievements. This is not the case simply for the religious beliefs of British Modernists, however, but also holds true whether it is, for example, the art of Rothko, Rauschenberg, Warhol, Thek, Serrano, Hirst, Ofili, Wallinger or de Waal that we are exploring.

Religion is a factor in the work of each of these artists; one which needs to be explored more than has often been the case in the past and which should be given substantive weight in understanding their work whilst also recognising that its significance does not exhaust the ways in which their work can be understood and appreciated.