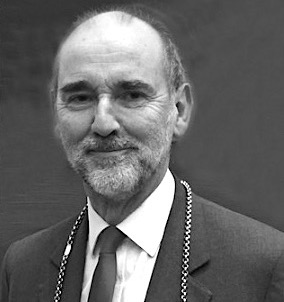 AL) How would you describe your practice? please delve into medium, application, concept and (artist) influences.

CLB) I am a painter, but my work has been augmented by sculpture in bronze and marble, occasionally on a monumental scale.  I have been especially nourished by my love of printmaking. I have worked for many years with the publisher Charles Booth-Clibborn of Paragon Press, mostly in etching but also lithography and monotype. My new series of large-scale woodcuts has been worked on in parallel with the painting. Barbara Rose in her essay on my work for the current exhibitions gives printmaking a key role in my development. I’ve been variously described as neo-expressionist, post-modernist, symbolist romantic, but also (less plausibly) as School of London. Showing from the outset with major European and American figures, it would be more reliable to say that I am one of the very few painters of my generation to have achieved some recognition amongst my celebrated British sculptor peers.

AL) Has music always had a profound influence on the direction of your work? Describe. Talk about some of your musical influences and genres of music that inspires you.
CLB) Yes. It is not so much listening while I work, as considering the structures of serious or classical music and how they open my painting imagination. So the period of rapid formal development in music at the start of the 20th century from late romanticism to atonality has particular relevance. Two pieces stand out – Debussy’s radical symbolist opera of 1902, Pelléas and Melisande, and Arnold Schoenberg’s Gurrelieder composed between 1900-1910. They have an organisation and sensual complexity that side stepped the whole question of figurative/abstract or figure/ground that entirely dominated painting debate when I started exhibiting my work. 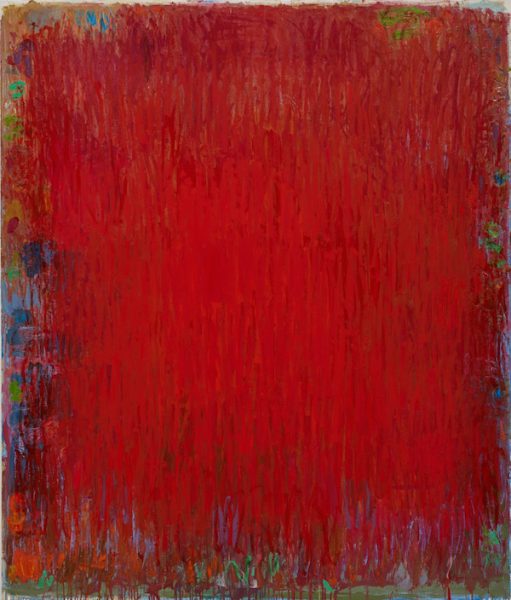 AL) You have just opened two big shows in the States how will you continue this momentum and still have time to paint and grow? In other words, what do you foresee in the short and long term?

CLB) Because I favour touch and improvisation, my decisions are made in the studio with brush in hand. I find embarking on a plain of white canvas as exciting today as I ever did. I like your word momentum because in a sense rhythm is all. As for the short term, in early April Albertz Benda are presenting my work alongside Ed Moses at the Dallas Art Fair in a booth curated by Barbara Rose. Barbara and I are in conversation at a public event there. After New York, the next exhibition is with Arndt in Berlin during Berlin Gallery Weekend at the end of April.

AL) How do you balance your life as a working artist and as President of the Royal Academy, very demanding jobs

CLB) Frankly, I’m not sure I know. The PRA role is an immense privilege, but certainly not straightforward – every year I am subject to re-election in a secret ballot. This is my 6th year so far. But my fellow RAs know I am passionate about it and its pretty clear the Academy is currently going from strength to strength. Next year we have our 250th celebrations with the opening of our new joined up site which has doubled in size.
I have a wonderful team around me at the studio so I am able to devote myself entirely to my work when I’m there. If anything my Presidential role seems to have produced more energy for painting. 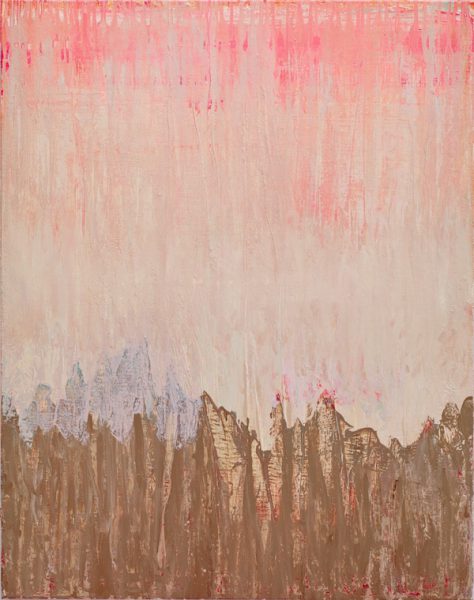 AL) How important (or not) is your national identity to your painting and do you feel your work has a particular Britishness about it?

CLB) My first encounters that were profound enough to have lasted were with Blake and Keats and Wordsworth and Nash and Hitchens and Turner – poets as well as painters. Perhaps because I was brought up in the “South Country” of Edward Thomas, I was and still am moved by those landscapes, cycling out as a teenager to draw on the South Downs. It was dismaying (and confusing) to learn at art school that this was considered provincial. I now know it isn’t. They are just a set of memories and feelings that have resonance and depth particular to me. Its the particular I look for in all artists wherever they are from.

AL) We are living in volatile political times with Brexit, the election of Donald Trump and a swing to the far right in many European countries, how do you feel you can best use your influence to counterbalance this dreadful reality.

CLB) The last French symbolist poet Paul Valéry speaks about truth and art, but he draws attention to the special truth of making. It is not easy to hold onto the truth of making but it promises to be or at least has a chance of being, sound, foundational, and free of mere opinion. Words like authenticity hover nearby. Putting exactly the right word or colour or mark in exactly the right place has, to use the ancient trope of western art, made some very rare poems and paintings outlive the lives of their makers. These great works radiate truth – and in uncertain times it is not such an ignoble ambition.

You Should Also Read

Christopher Le Brun RA To Mount Two US Exhibitions In 2017

Christopher Le Brun, painter and president of the Royal Academy (RA) is set to exhibit a two-part show of new work, in the US…