The beginning of the modern period saw art and artists firmly and finally separating from dependence on Church patronage and wishing to maintain that independence. Content had ruled for the Church as art had illustrated Biblical narratives and the lives of the Saints for teaching the faith, inspiring praxis, and facilitating prayer. However, from the point that Impressionism initiated modern art, form, not content, became art’s primary focus and the developments of modern art led to an increasingly strained relationship between the Church and the visual arts.

Modern art developed initially by means of movements studying each element of construction separately – Henri Matisse characterised these, from his own practice, as drawing, colour, value, and composition. This experimentation moved initially in the direction of abstraction (through pioneers such as Wassily Kandinsky and Kasimir Malevich) and then, by means of Marcel Duchamp’s readymades, the recognition that anything can be art (including ideas, in the case of conceptual art). 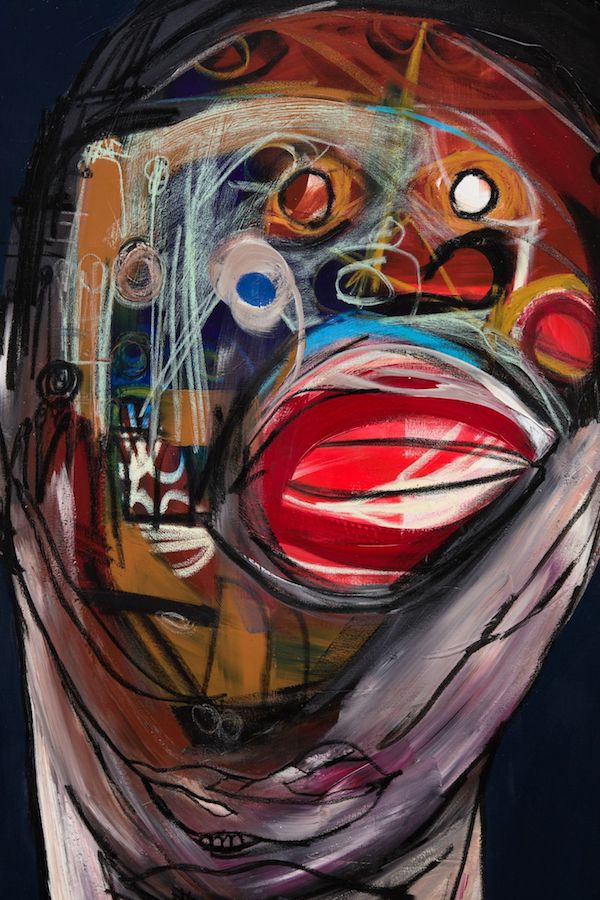 This focus on form raised significant issues for the Church in relating to modern art movements, which at one extreme could be perceived as contentless while, at another, could appropriate traditional Christian iconography for their own purposes. As a result, in the modern period, we have seen condemnation of specific artworks perceived to be blasphemous, continued commissioning of styles viewed as traditional, and an apparent general decline in church commissions.

On this basis, the story of modern art has often been told solely as a secular story. Still, that telling of the story ignores the significant influence spirituality had on the development of modern art. As the art historian and curator Daniel Siedell has suggested, Christianity (and also other religions or spiritualties) ‘have always been present with modern art, nourishing as well as haunting it,’ so ‘that modern art cannot be understood without understanding its religious and spiritual components and aspirations.’ This relationship has often been contentious and contested. Still, it has nevertheless been a continuing one involving both mainstream artists with religious faith and church commissions undertaken by mainstream artists who have not professed Christian faith.

One result of the somewhat fractious relationship between art and faith in the modern period has been the reality that artists have often not felt able to self-identify as believers and art which has a religious purpose or function has often not been exhibited. There have been exceptions, of course, including artists such as Maurice Denis, Georges Rouault and Alfred Manessier, as well as exhibitions like Perceptions of the Spirit in 20th Century American Art (1977) or Expressions of the Spirit in Contemporary Art (1982). The most overt owning of religious inspiration and practices has been among self-taught or outsider artists. This has also been where visual arts have come closest to artists with an evangelical faith for which proselytisation is a significant part of the faith framework.

The always-changing relationship between art and faith seems to be shifting again at present. I have written before about shifts in curatorial positions and the extent to which exhibitions exploring aspects of faith or tackling spiritual themes now seem to be the new normal, rather than the past exception. Exhibitions this year have also featured artists for whom faith is front and centre in both their work and who they are as people. This self-identification has featured in exhibition promotion and has not inhibited the awarding of one significant prize.

This year the BP Young Artist Award went to Egbert Vincent Modderman for his portrait ‘Restless’. ‘Restless’ is an image of Eli, the High Priest of Shiloh, whose story is told in the Old Testament. Modderman’s Website is entitled Modderman Biblical Art and his biography states that ‘influenced by his upbringing in the Reformed Christian faith,’ his ‘oil paintings are inspired by stories in the Bible.’ He says that he tries ‘to show human stories from the Bible and the Christian tradition in a universal, dramatic style with timeless human emotions.’ His paintings are described as holding ‘a mirror up to the viewer, drawing him or her into the story while asking the viewer to evaluate their own life stories silently.’

The press release for Parables of Nana, a group of new paintings by American artist Genesis Tramaine which was the artist’s first solo exhibition with the Almine Rech Gallery, began by saying that the ‘exhibition explores the universal identity of the soul through the mortal lens of a spiritual being who navigates the world as a servant of God.’ The artist’s biography has a similar directness describing her as ‘driven by her faith’ to be ‘an expressionist and urban evangelist painter’ who ‘invites audiences to contemplate themselves in the presence of Divine spirit through the human face’ and whose’ practice begins with a mental, physical and emotional submission to God with a prayer before, during and after she works.’ Such directness is a new development reflecting both personal confidence, but also a greater receptivity among gallerists and curators to acknowledge religious inspiration.

Earlier in 2020 Black Art in America polled Black-owned Art Galleries to identify ten breakthrough artists. Shantay Robinson described intricate prints and drawings by Steve A. Prince, one of the 10, as being ‘steeped in the artist’s faith.’ She wrote that his works’ speak to the human condition in a way that unravels unending with narratives associated with the Bible.’ That is because, in addition to being an accomplished lecturer in both secular and sacred settings, Prince says he is an art evangelist. He describes his art as ‘a conduit of God’s grace, helping people make sense of their lives.’ Robinson says that ‘symbolically rendering Biblical stories through his work, Prince portrays black life concerning religion.’ His work explores perennial themes of growth and renewal, while his art becomes a tool to battle the social issues of violence, racism and social injustice that are consuming our culture. Robinson concludes that, while he takes on worldly matters and employs art-historical techniques, his work relies on the black experience and its relationship to a higher power.

Lakwena Maciver creates painted prayers and meditations which respond to and re-appropriate elements of popular culture. Her murals explore concepts of faith, philosophy and mythology often subverting common perceptions, such as the creation of sacred space in commercial spaces. Her first mural, in Brazil, was for a church and used a phrase from the Bible. She has continued to work with Biblical texts recognising the power of such phrases and has also spoken about her church upbringing, personal faith, and desire for conversations about her work that explore her sources. She sees God in colour – assigning glory through kaleidoscopic colours and bold patterns – and quotes the philosopher Calvin Seervald who said, ‘fire your art until it emits sparks that warm, or burn, those it reaches’.

This trend is not only apparent among some emerging artists but can also be seen amongst those studying. This year’s Graduate Showcase for University of Arts London included several artists who highlighted their Christian faith and whose work was expressive of their faith. One such is Winifred Omoaka, who studied at Camberwell College of Arts.

Omoaka is a multidisciplinary artist whose practise primarily consists of drawing and painting, but who also incorporates textiles and non-conventional materials as a secondary resource. At the beginning of her BA in Drawing she was commissioned to create a series of Bible-themed artworks as she and her client had common interests in the Christian faith. She made the commission her final year project using watercolours, acrylics, coffee and natural fibres as some of the materials that manifest her vision in appreciating the natural environment and in representing her faith. From the artist book of biblical depictions through cloud-scape murals, her idea has been to evoke awareness of God’s presence within the sacred place.

The concept of iconography is understood to be the art form of interpreting the reality of the supernatural, the spiritual realm. Converting information of the nature of the higher being through the means of symbols is what Omoaka’s work demonstrates with colour, scale and form. Her project objectifies the theology of the Christian God in the present day.

For these artists to flourish, as appears to be the case, not only must curators and tutors show understanding of the faith commitments and inspirations of these artists, but their churches must to some extent also value and support both artists and their work. While not all have been in that fortunate position, that has clearly been the case for Modderman. His painting career began with his request to the session of Martinikerk in Groningen to hire the Church for a special occasion.

In return, he offered to make a painting. The session of the Church agreed, asking him to paint St Martin, after whom the Church was named. When he showed the session the finished painting, they offered the opportunity to host an exhibition of his paintings in the Martinikerk. That took place during the summer of 2016. Some 10,000 visitors attended and by the end of the show, all his paintings were sold. In 2017 the Martinikerk asked him to paint seven more paintings for them to purchase. These are permanently on display in Groningen.​

The work of these artists is varied yet vibrant. Their faith is a stimulus to creativity. While they derive from church traditions that prioritise proselytisation, this does not overwhelm their work, making it propagandist. This trend adds a new aspect to the relationship between art and faith in ways that hold out the hope that that relationship, although ever-changing, may become less fractious in future.