Whenever you hear the name Fabergé, you think of opulent, lavish, jewelled, decorated and, let’s face it kitsch, Russian Imperial eggs. Fabergé in London: Romance to Revolution opened on the 20 November 2021 at the V&A London. Dedicated to the international presence of the legendary Russian goldsmith Carl Fabergé, the exhibition stresses the importance of Fabergé’s little-known Bond Street London branch. As well as a section devoted to 15 of the iconic egg designs, the V&A highlights the scale and scope of Fabergé’s other creations designed for his Edwardian high clientele.

The exhibition features over 200 objects divided into three main sections, telling the story of Carl Fabergé, the man, and his internationally recognised firm synonymous with Russian craftsmanship, opulence, elaborate design and links to the doomed Russian Imperial family.

The London store, which opened in 1903, was their only branch outside of Russia. The client list came from Royalty, aristocrats, American heiresses, exiled Russian Grand Dukes, Maharajas, financiers with newly-made fortunes, and socialites. They all flocked to the store to buy gifts of unparalleled luxury for each other. The merchandise consisted of cigarette cases often inset with diamonds, flowers made from rock crystal, gold and rose-cut diamonds, snuffboxes decorated with topographical views, animal carvings made from fossilised stones and lots more. 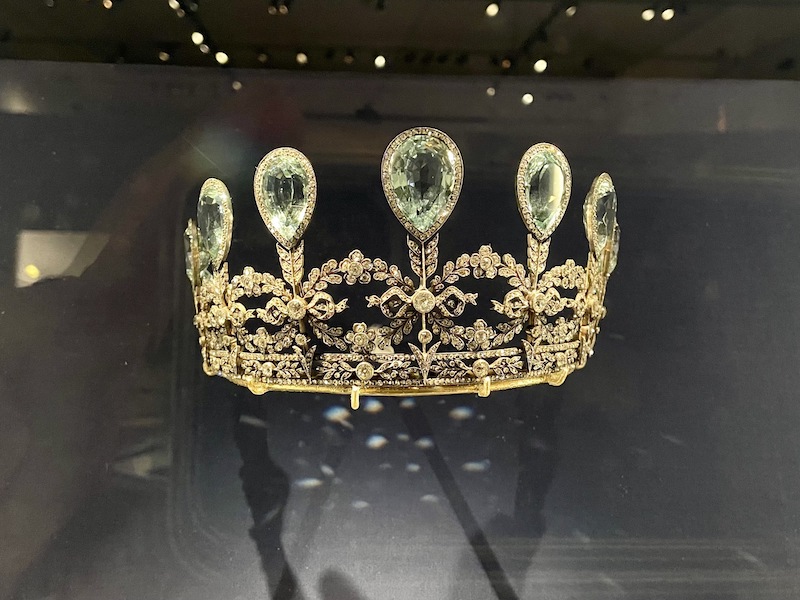 The first section of the exhibition highlights the important patronage of the Romanov family, showing the intimate Fabergé gifts its members often gave to each other. Next, this section explores the mastery of techniques and intricate detailing associated with Carl Fabergé and his firm. This includes a sparkling aquamarine and diamond tiara – a token of love from Frederick Francis IV, Grand Duke of Mecklenburg-Schwerin, to his bride Princess Alexandra of Hanover and Cumberland on their wedding day. The designers, artisans and retailers all worked in the same building, which stimulated their creative collaborations. 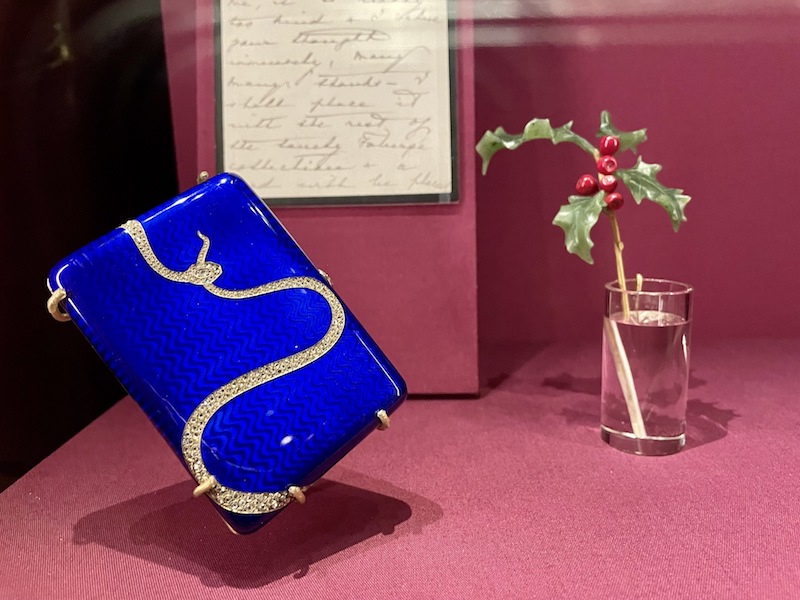 The second section details the jewellers time in London, including how the firm flourished under royal patronage. Its creations became a social currency for ostentatious wealth and gift-giving between the elite of Edwardian London. King Edward VII and Queen Alexandra were already avid collectors, and their patronage led to the jewelers becoming the most exclusive and fashionable place to buy gifts. One exceptional example is the art nouveau cigarette case with a snake laid in diamonds biting its tail (a symbol of unbroken and everlasting love) given to the King by his mistress, Mrs George Keppel. 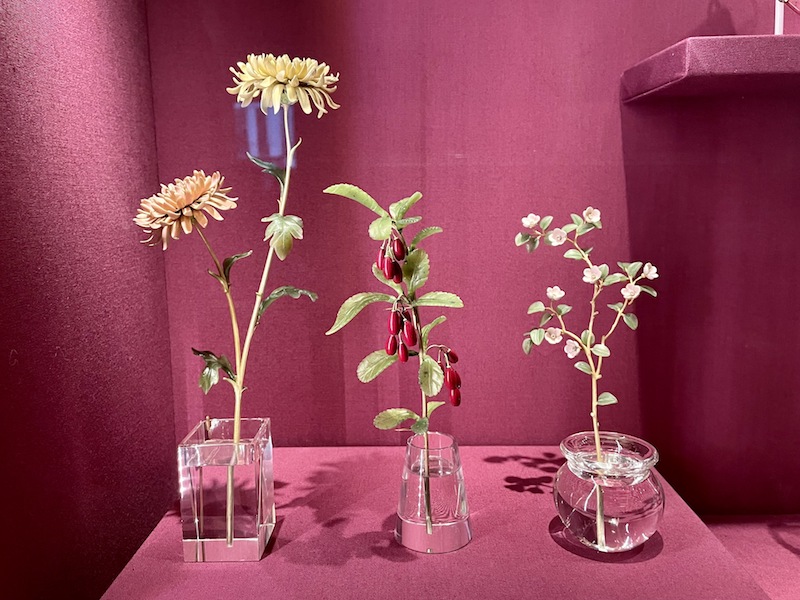 Russia’s entry into the Great War, followed by the Russian Revolution, had a fateful impact on the company. Production suddenly shifted, and the workshops focused their output on the war effort and went from creating exquisite objects to producing munitions. In 1917 the London shop ceased to operate as the Revolution hit the workshops. 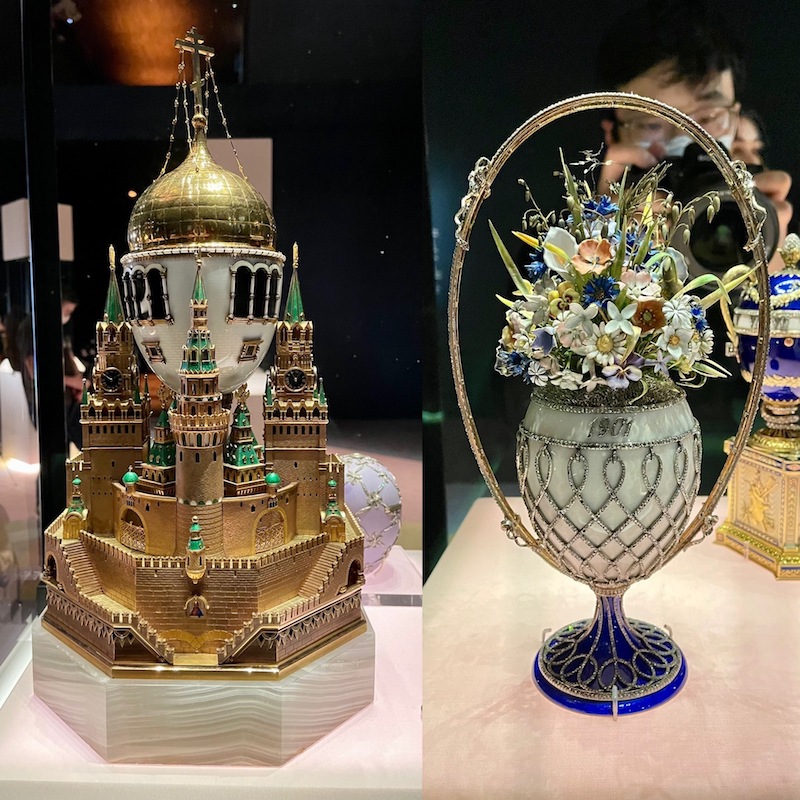 The final section of the exhibition celebrates the legacy of Fabergé through the iconic Imperial Easter Eggs with 15 of these famous treasures. Each one is more lavish than the next. This is the most extensive collection on public display in over 25 years. Examples include the largest Imperial Egg, the Moscow Kremlin Egg, inspired by the architecture of the Dormition Cathedral and Empress Alexandra Feodorovna’s Basket of Flowers Egg, lent by Her Majesty The Queen from the Royal Collection.

This extraordinary exhibition must be seen in order to understand the depth of craftsmanship involved in the making of each objet d’art on display. It is no wonder that Fabergé collapsed at the start of the Russian Revolution and was cited as instrumental in the bringing down of the Russian monarchy.