Art Brussels is a fair dedicated to promoting vibrant young galleries that are on the road to becoming the new generation of shakers and movers in the art world.

The fair has three clear sections, aligned with its profile

As part of its 50th-anniversary celebration, Art Brussels has announced the artistic projects for the 2018 edition of the fair. Anne Vierstraete, Managing Director, Art Brussels says: “On the occasion of our 50th anniversary, we celebrate our roots in the Belgian art scene. Along with a strong display of support from the key Belgian galleries, Art Brussels’s artistic projects are illustrative of the fair’s integration with the Belgian artistic scene. Our flagship artistic project reflects on a long-term collaboration with HISK (High Institute for Fine Arts, in Ghent), resulting in the exhibition Mystic Properties, under the lead of esteemed curator Elena Sorokina. Many of the ideas around the notions of possessing and exhibiting art addressed by the exhibition concept are especially interesting to be developed within the context of a fair. Alongside this, the fair has commissioned artist Philippine Hoegen for an original film entitled Crossed Wires, which explores the internationally recognised distinctiveness of the vibrant Brussels art scene, from 1968 until today.” 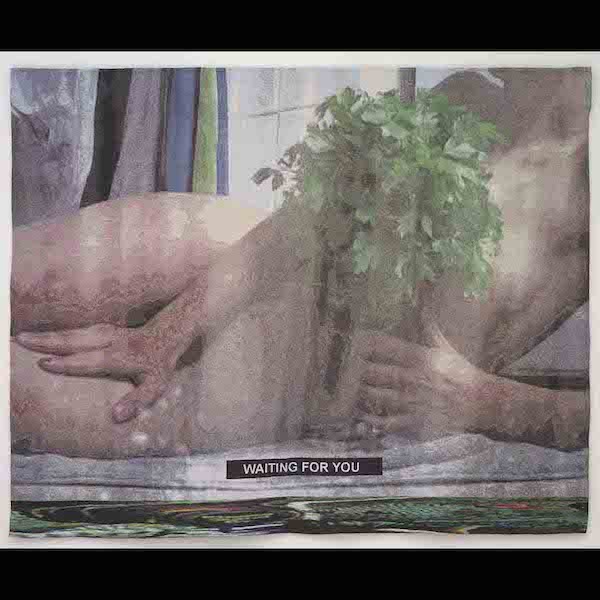 The artistic project for the 2018 edition of the fair, titled Mystic Properties, has been developed in collaboration with HISK (High Institute for Fine Arts) in Ghent, is curated by Elena Sorokina, Curator for the HISK, and will include works by HISK alumni and (future) friends.

The point of departure for the project is the “Ghent Altarpiece”, also known as “The Adoration of the Mystic Lamb”, which was first exhibited in Ghent’s Saint-Bavo Cathedral in 1432. Painted by Jan and Hubertus Van Eyck, the altarpiece is considered one of the most important paintings of the Western canon, a monument of proto-modernity still rife with binaries such as mysticism and realism, art and craft, and myth and science.

The exhibition looks beyond the canonic status of the altarpiece and focuses on two propositions: the altarpiece’s local belonging and its epic migrations. For centuries, the altarpiece has been an object of desire for kings, heads of state, dictators and governments. Its various panels were sold, looted and ransomed, serving as parts in royal collections and migrating between countries as spoils of war.

With this vertiginous perspective on the historical shifts in the altarpiece’s status in mind, Mystic Properties will examine histories of possession and temporalities of belonging, displacement and recovery, as well as the paradoxes of owning and exhibiting art in the present day, as the ownership of art grows increasingly disconnected from putting it on display and making it accessible to the public.

Within the specific context of this exhibition, the altarpiece is considered a local artwork, intimately connected to the city of Ghent; and yet the HISK artists question both their relationship to its canonical universal greatness and the impurity of categories and canons as such. The artists recast the question of the altarpiece’s belonging, asking if it can it be considered a “commons”, like air, water, or language, a public cultural property belonging to everyone.

Elena Sorokina, Curator, says: “This exhibition is conceived as a conversation between several generations of artists who have been residents at HISK, an institute founded as a free, non-hierarchical, open and experimental space of artistic exchange, based on conversation as a learning and teaching method.”

Further exploring the motif of belonging and possession, some participating artists invent new “regimes of ownership” for art, developing “acquisition scores”, creating their own crypto-currencies, or seed banks in the form of an artwork. 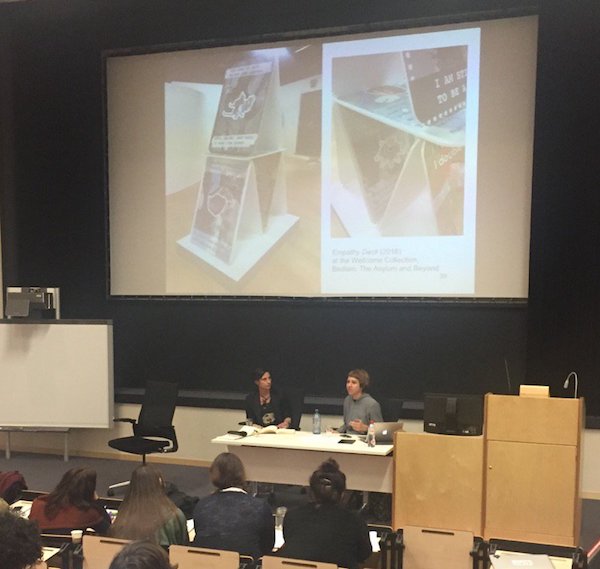 Interviews and conceptualisation by Philippine Hoegen

Through a series of conversations between people who are deeply immersed in the contemporary art environment, the film explores the direct experiences of those who have been part of the recent history of Belgian art. We asked them questions relating to their artistic and social paths, how their trajectories have shaped certain practices and what this means today. During the process, various interlocutors have been asked to suggest new contributors each time, so that every conversation generated new exchanges.

In celebration of its 50th anniversary, Art Brussels has also commissioned a film which explores the Belgian art scene as perceived from different positions and timeframes within the past 50 years. It gives insight into its development and complexity, focusing in particular but not exclusively on Brussels.

Belfius Wealth Management, principal partner of the fair, will present Inspiring / Inspired: Women in the Belfius Art Collection, an exclusive series of works specially selected for Art Brussels and on display in the Belfius Lounge.

Women, both on the canvas and in front of the easel, are the starting point for a journey that includes significant works by female artists such as Lili Dujourie, Marthe Wéry, Berlinde De Bruyckere and Anne-Mie Van Kerckhoven, as well as their male counterparts, including Michaël Borremans, Paul Delvaux, Rik Wouters and Luc Tuymans. Together, these fine pieces bring to the surface new conversations: between men and women, between model and artist, between society of yesteryear and today and, finally, between modern and contemporary art.

Located in Ghent, Belgium, HISK / High Institute for Fine Arts, Advanced Studies & Practice-based Research in Visual Arts offers a post-academic course in Visual Arts. Based on a diversity of artistic practices and positions, the unique HISK concept gives the artists every opportunity for critical research within a broader aesthetic, social and political context.

About Elena Sorokina Elena Sorokina is a curator and art historian, currently working as a curator at HISK and was a curatorial advisor for documenta 14 in Athens/Kassel. She is an alumna of the Whitney Museum of American Art ISP in New York, and has previously obtained her Master’s degree in Art History from the Friedrich Wilhelm’s University in Bonn.

Her many projects include Museum (Science) Fictions at Centre Pompidou, Paris; Forms of Togetherness (and Separation) at WIELS, Brussels and the Academy of the Arts of the World, Cologne; Spaces of Exception a special project for the Moscow Biennial; Agnes Varda. Temps Trituré, at LVMH Brussels; and the symposium What is a postcolonial exhibition? A collaborative project of SMBA and the Stedelijk Museum, Amsterdam.

She has published in numerous catalogues and has written for Artforum, Flash Art, Cabinett Magazine, Manifesta Journal, Moscow Art Magazine, and other publications. Sorokina is a frequent speaker at international conferences and has been invited as lecturer at Centre Pompidou, Paris; Musée Picasso, Paris; YBCA, San-Francisco; ISCP, New York; HISK, Gent; Garage CCC, Moscow; amongst other institutions.

Philippine Hoegen (1970) is an artist living in Brussels and Amsterdam. Her multi-stranded practice engages with issues of objectness and personhood. Her work consists primarily of performances and performative interventions, collaborative events and workshops, and also writing and moderating. She teaches at AKV St Joost Academy in Breda, NL and at a-pass (advanced performance and scenography studies) in Brussels, BE. She is a researcher at the Expertise Centre for Art and Design at the Avans University of Applied Sciences, NL.

Art Brussels: Contemporary since 1968 Retaining its youthful profile as a discovery fair, Art Brussels, one of Europe’s most original and most established fairs, celebrates its 50th anniversary in 2018. The fair can for the second year count on the main support of Belfius.

Since its inception, Art Brussels has evolved into one of the top European contemporary art fairs and is a must-see in the international art calendar. Over 19 – 22 April 2018 (Preview 19 April 2018), the European capital becomes a focal point for collectors, gallerists and art lovers from all over the world. Art Brussels provides a unique opportunity to explore the artistic richness of the city, which is home today to an ever greater number of artists, galleries and curators thanks to the fair. 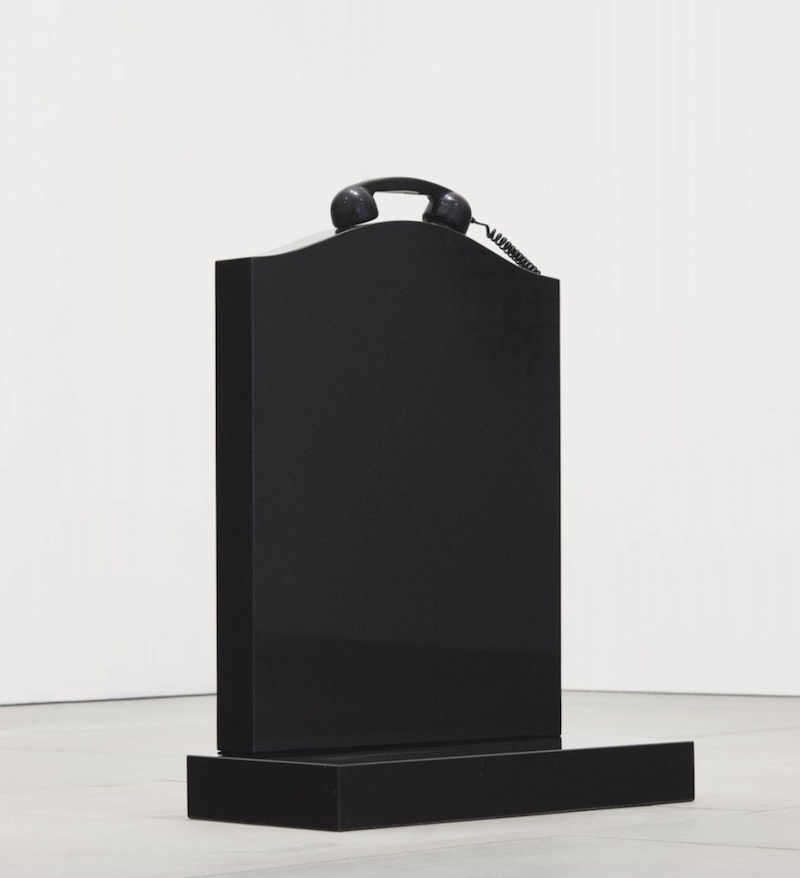