Richard Stone is a Fellow and Trustee of the Royal Society of Sculptors. He works between Dalston, London and Pietrasanta, Italy and is currently featured in Parallel Lines: An exploration of the relationship between sculpture and drawing, featuring works from the Ingram Collection of Modern British Art. Richard caught up with Godfrey ahead of Yorkshire Sculpture International which runs from the 22 June – 29 September. It is the UK’s largest dedicated sculpture festival to date and runs across four major galleries and outdoors in Leeds and Wakefield. 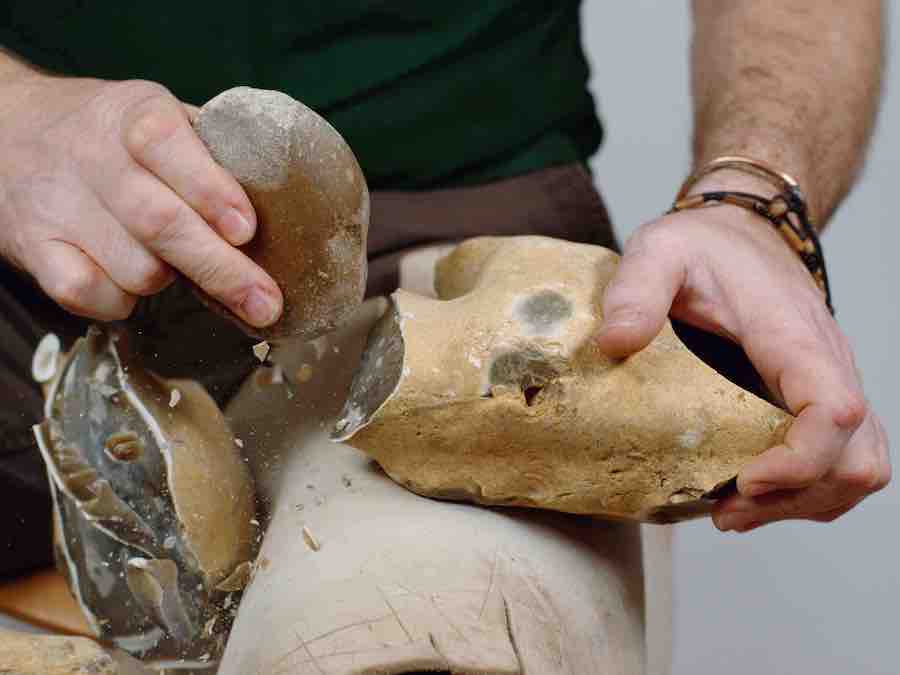 Sean Lynch The Rise and Fall of Flint Jack 2019 Courtesy of the artist, Ronchini, London and Kevin Kavanagh, Dublin

What can we expect from Yorkshire Sculpture International?

Yorkshire is home to four institutions that have made a significant commitment to the presentation, development and study of sculpture, both international and trans-historical. Recently, this has included significant projects introducing UK audiences to influential but under-recognised artists like Alina Szapocznikow and Senga Nengudi, and notable projects presenting the work of major figures like Joseph Beuys and Giuseppe Penone – even Leonardo’s drawings for sculpture. All four venues also show a significant commitment to young and emerging artists working in the expanded field of sculpture today.

Yorkshire Sculpture International (YSI) has been devised to unite these venues under a single, coordinated project where visitors can see a broad range of practice – some historical, but mostly contemporary, from across the globe. The project should demonstrate the region’s long-standing commitment to sculpture. 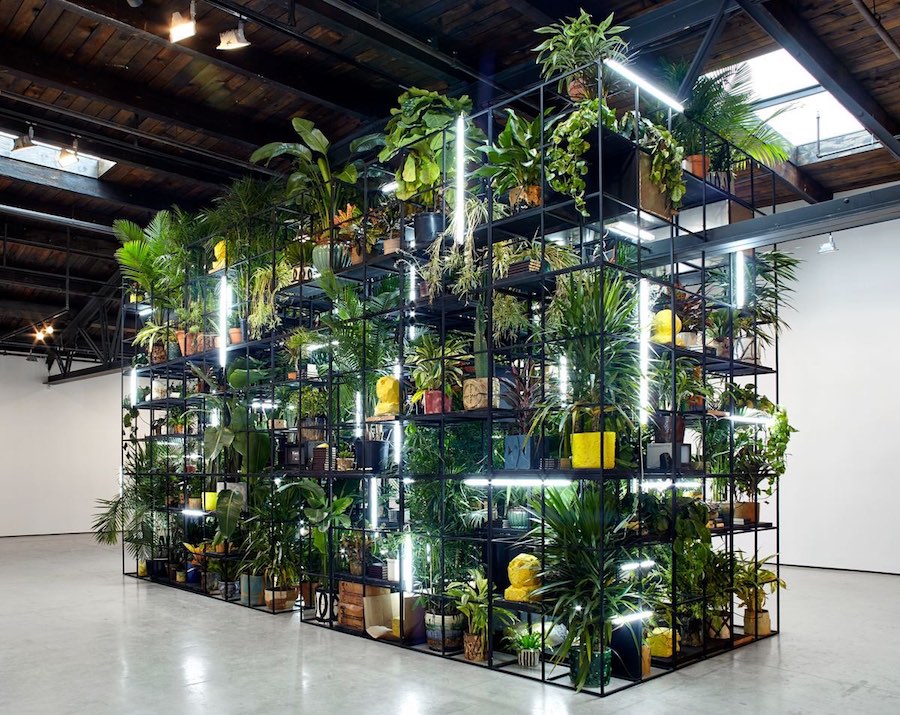 Why is it important to have a festival dedicated to sculpture?

Sculpture is a wide-ranging field of practice, which often defies easy definition, but as a consequence, remains an open and engaging area for artists to experiment. It also plays to the human inclination to make, and in-so-doing, to put things into the world that help people to understand and navigate it. The opportunity to enable a group of institutions; their curators; and ultimately, artists to show work in this context feels compelling. 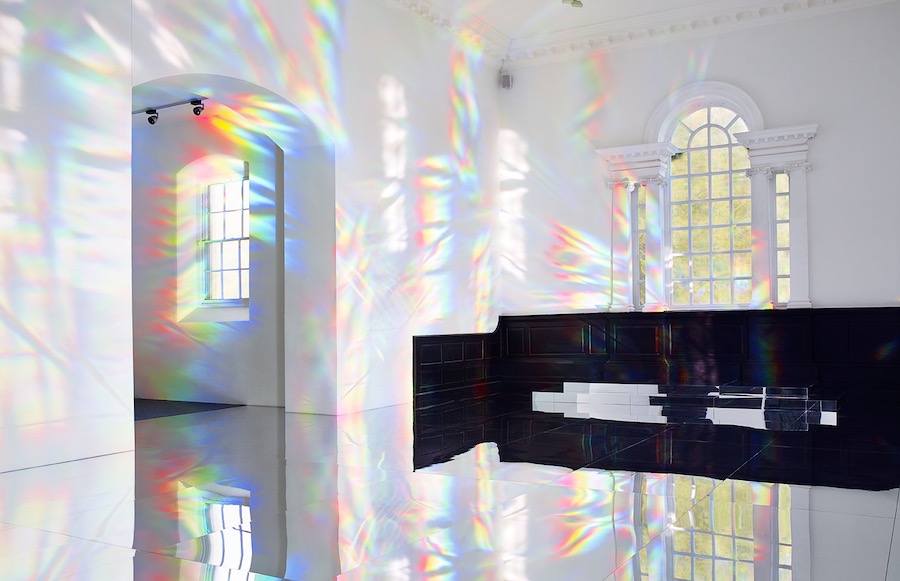 I really enjoyed Phyllida Barlow’s curatorial provocation underpinning the festival: “sculpture is the most anthropological of the artforms”. How did this come about and how has this been interpreted throughout?

Because the curators of the four participating venues collectively have very many decades of experience working with different sculptors across their institutions, it felt wrong to bring in an external curator to make this show – institutional identity was felt to be necessary. However, we agreed that a unifying idea was essential to give YSI continuity and a thematic thread, albeit to be deployed at the discretion of each curator. We decided collectively that a person immersed in the practice and theory of sculpture should be invited to set down a notion, and Phyllida Barlow was very quickly our unanimous choice. Not long after our first meeting with Phyllida, it was clear that she would find ideas that would go to the heart of what sculpture is concerned with.

What is it about this festival in particular that you are personally most excited about?

Throughout my career, I’ve been excited about projects that bring significant art to both new and experienced audiences and do so in a meaningful way that works for all. I am very hopeful that YSI will do this. The group of artists that we have been able to engage is very encouraging for the project. 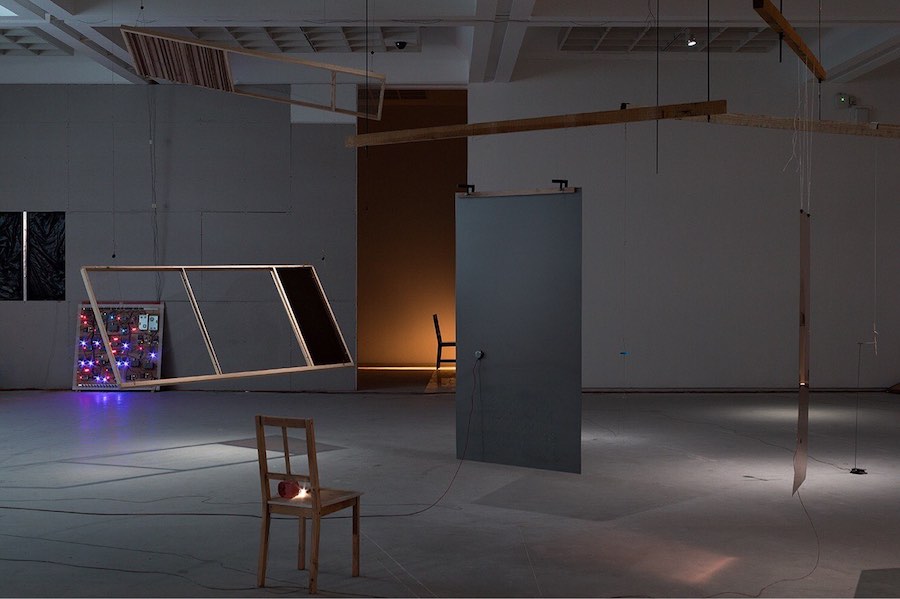 Tamar Harpaz and Asaf Hazan Till I End My Song, 2018 Sound Installation Courtesy of the artists Photo: Elad Sarig 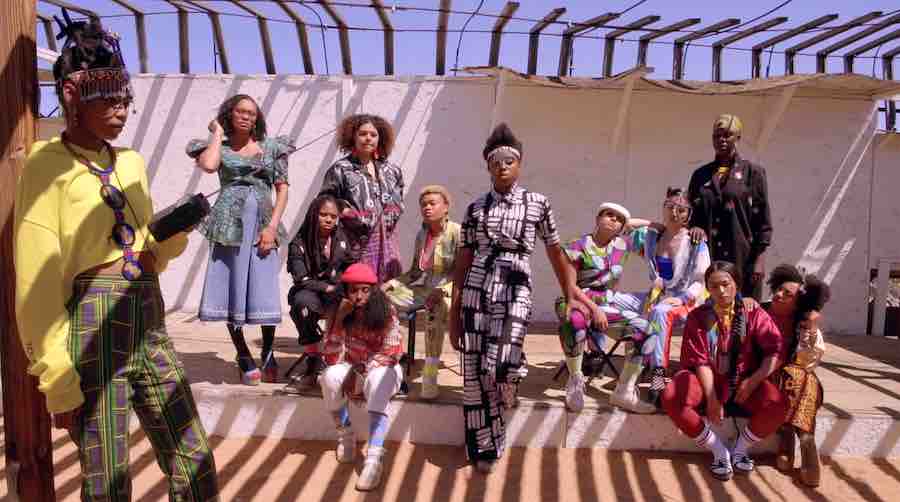 I was struck by the associate sculptor programme as part of Yorkshire Sculpture International because support and mentoring for sculptors’ (and artists) remains vital over a sculptors’ (an artist’s) career, whatever stage they are at. What are your own thoughts on this?

This is a vital part of YSI. Just along the pavement from the Henry Moore Institute and Leeds Art Gallery is the art college building (now a part of Leeds Arts University) where, one hundred years ago, the young Henry Moore and Barbara Hepworth were students. Both of their careers were helped significantly in the early stages by their association with other artists, curators, critics and collectors, it seemed logical to help to create a similar context for an emerging generation of artists. It is also critical that YSI is rooted in the vibrant young art scene in Yorkshire. I am delighted that the five selected artists will be able to show their work at the Yorkshire Sculpture Park as a part of YSI. 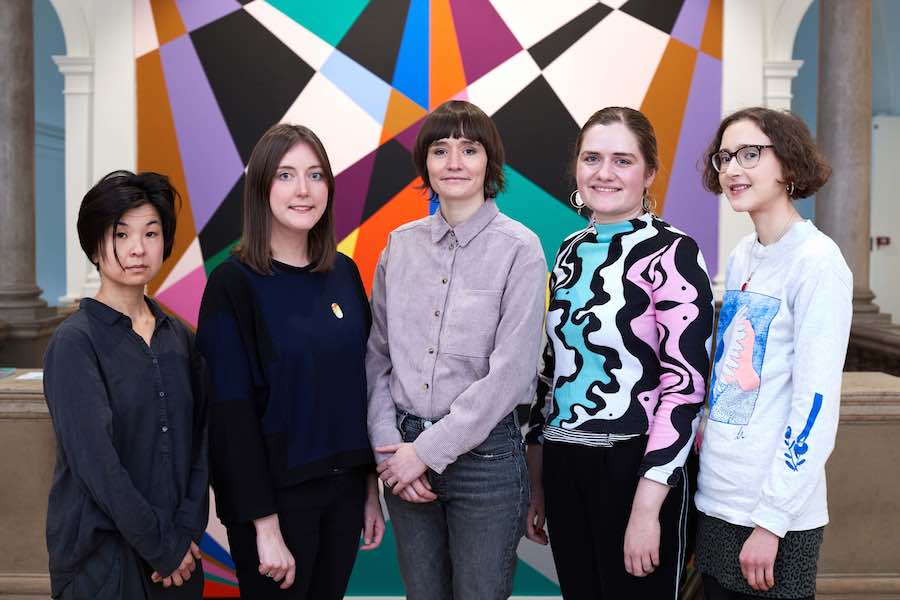 This is a landmark year for the Henry Moore Foundation with more than 100,000 visitors through the doors of the Henry Moore Institute over the last year alone. With major Moore surveys at Houghton Hall and the Wallace Collection too, how do you look to build upon achievements like these?

It is very good to see the numbers of visitors increasing at the Henry Moore Institute. Whilst we are still a very rigorous institution in terms of our academic outputs; delivering an ambitious programme of post-doctoral fellowships; hosting an international programme of academics; running a series of lectures; and delivering a wide range of conferences, we certainly don’t see this as being antithetical to an ambition to grow and diversify our audiences. We are very conscious of the challenges for arts education within state schools and are concerned about the development of future generations of scholars and practitioners. It is great to be able to introduce young people to sculpture.

Henry Moore has been an undeniably important figure in sculpture, both in the UK and internationally since the late 1920s. Though he became a part of the art establishment very much in his later life and an artist against which younger generations were keen to react, interest in his work has never lessened, and the past year has been especially busy. There are parts of the world where the Foundation is planning to take Moore’s work in the coming years where his practice is perhaps less well known.

You took the helm of the Henry Moore Foundation in 2015, what has been the most enlightening thing that you have learned about the Foundation’s work?

As I mentioned, Henry Moore was well supported by a network of people who believed in his work from a very early stage. I feel his indebtedness to those supporters was very influential in his decision to establish the Foundation with his wife Irina and their daughter Mary, and to this day, that purpose shapes the work of the organisation. Since its inception, the Foundation has given more than £35 million to support art and artists working in the field of sculpture. Ultimately, our charitable objective is to help the public to engage with art through the use of our collections, venues and grant-in-aid programmes.

Through this work, we enable millions of people around the world to see and experience sculpture in all its forms every year. This can range from a grant for a young artist-led co-operative, to support for the acquisition of a Grinling Gibbons carving for Fairfax House in York, or for the American pavilion’s presentation of Martin Puryear at the current Venice Biennale. 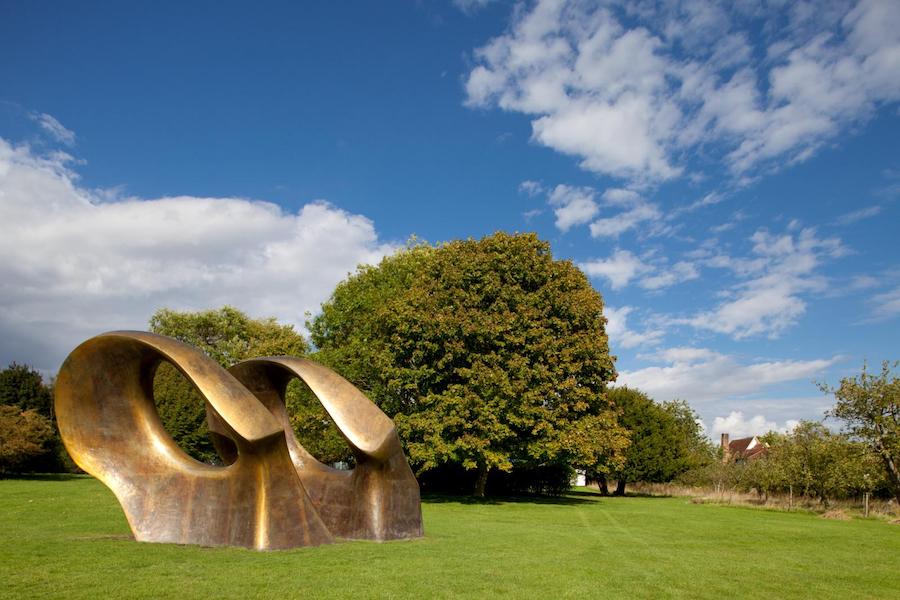 You were initially trained as an art historian, have written many articles and books and spoken publicly on art and culture as well as worked for many of the country’s leading cultural institutions, what is it that has inspired and continues to inspire you?

I am always inspired by art; its remarkable history and its continuing and unpredictable development. To be able to play a part in widening the audience for art continues to be a hugely motivating force.

I’m personally interested in the point that figuration collapses into abstraction in sculpture and I remain inspired by Moore and Modern British more broadly, but I think this period is often seen as niche or unfashionable, how do you see this period and its influence continuing on this and the next generation?

I suspect that Modern British art will be subject to extensive review over the coming decades as those artists, and those who knew them, are succeeded by subsequent generations – leaving the work to stand for itself. I’ve always valued the considered subtleties of British Modernism and felt it has a particular place in the 20th Century canon.

I’ve been quite surprised by the increasing numbers of younger artists who come to the Henry Moore Foundation to reflect on his work and reference it through their own practice. He is being discovered by artists whose 21st Century view of him is perhaps somewhat different from earlier generations. 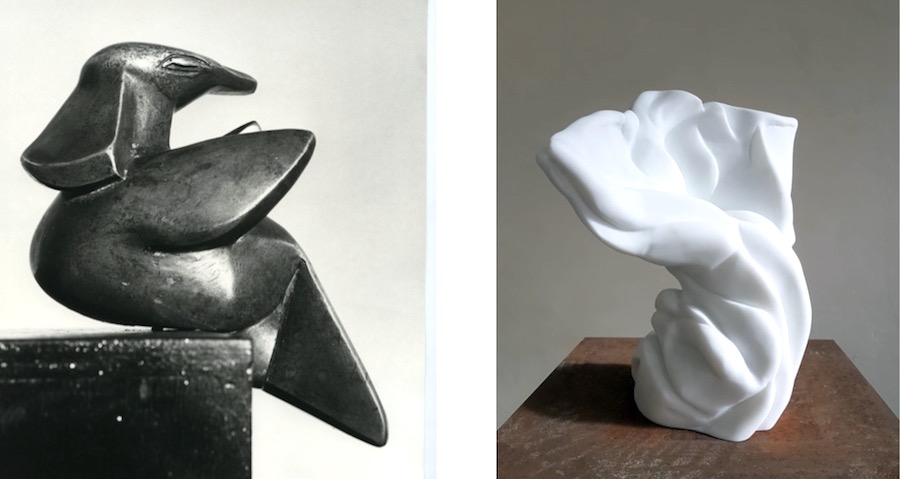 I recently heard you speak about Michael Sadler, something of a radical in earlier twentieth century Leeds. I was fascinated by his association with the Leeds Art Club as well as his distinct championing of and collecting modern art. He was also an early patron of Moore of course, what made him and Leeds such a cultural melting pot at this point in time?

Henry Moore famously claimed that there hadn’t been much sculpture to inspire him during his time in Leeds, and while that is true in respect of the public collections (that he has subsequently done so much to enhance), Leeds itself was a very radical city for both thinking and for visual art. You are quite right that there were few if any collectors of modern art – private or public – that could rival Sadler’s vision. He was generous to Moore and invited him, while still a student to visit his collection which included Kandinsky, Gauguin and many other leading figures of the international avant-garde. Leeds Art Gallery was then curated by the well connected Frank Rutter, former art critic of the Times, whose modernist ambitions eventually saw him dismissed from the gallery. From this context, Moore emerged with fellow sculptor Barbara Hepworth, writer and modernist champion Herbert Read and arts supporter Peter Gregory, who together with Read went on to establish the ICA in London. 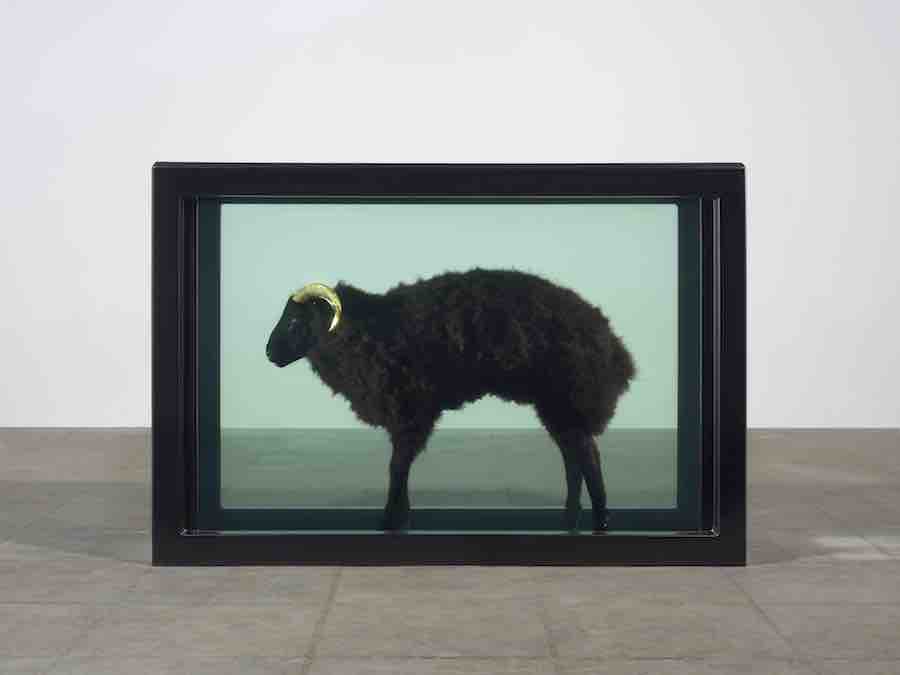 I think that we’re in an increasing period of cultural homogeny where we’re driven by mass and social media towards blockbuster exhibitions, auction results, art fairs and the next big thing, which can be a distraction from the more interesting things happening in culture. Where or who are the radicals of today?

For me, the art we see in any particular chapter of history is the right art for that time. Of course, things get endlessly reviewed afterwards, but good artists are always seen to have reflected meaningfully on their context, and as times change, so must art.

The homogeny you mention is undeniable, but I think it is as a product of what is being seen rather than necessarily about what is being made, and inevitably, the radicals amongst us are likely to be defined by the fact that the work they are making currently lacks exposure. 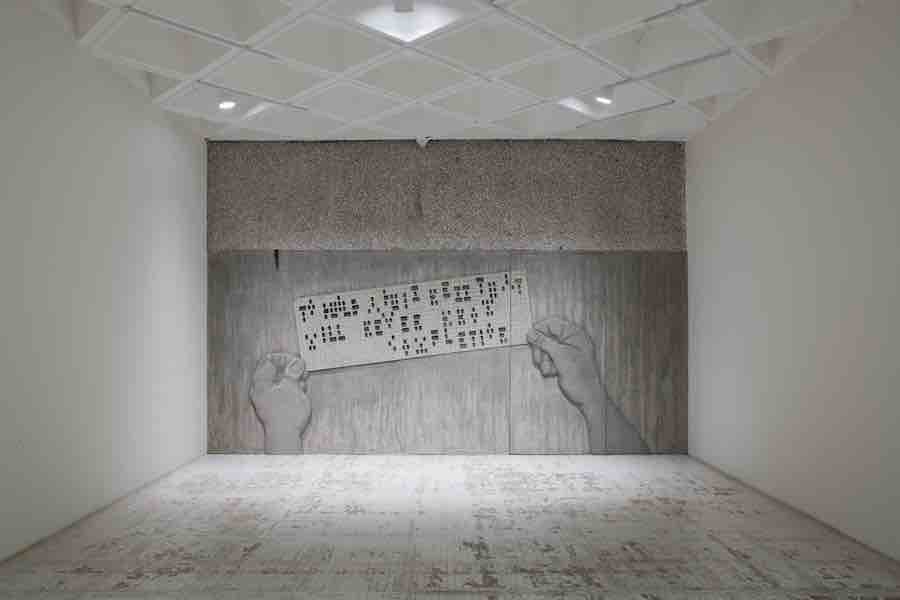 And finally, having been a selector for the Turner Prize, what are your thoughts on this year’s selection?

The Turner Prize has always been a great snap-shot of what is happening and where the art world’s attention is being focussed. This year’s list seems to do that job very well, and in so doing, maintains the prize’s relevance.

Visit the Royal Society of Sculptors at sculptors.org.uk.