2018 will offer a variety of exhibitions to cater for everyone’s taste in art from spending time with modern masters such as a year in the life of Picasso, Monet’s relationship with architecture, drawings by Klimt and Schiele, through classical artists Ribera and Murillo to contemporary greats like Tacita Dean and Joan Jonas not to mention Frida Kahlo’s iconic wardrobe.  In addition, London increases its exhibition spaces with the re-opening of the Hayward Gallery in January and the Royal Academy of Arts extension opening in May.

The 30th Anniversary of the London Art Fair 2018 will be marked with a wide range of leading British and international galleries alongside curated spaces and special exhibitions.

Re-opening of Hayward Gallery on 25 January

After a two-year refurbishment and marking its 50th anniversary, the Hayward Gallery re-opens with a retrospective of acclaimed German photographer Andreas Gursky.(25 January until 22 April 2018)

Royal Academy of Arts
Charles I: King and Collector

Discover the legendary art collection of Charles I. For the first time since the 17th century, this landmark exhibition will bring together the astounding treasures that changed the taste of the nation.

This exhibition will re-imagine the golden age of ocean travel from Brunel’s 1859 steamship, the Great Eastern, to the launch of the QE2 in 1969. The first ever exhibition to explore the international design and cultural impact of the ocean liner, it will reveal the hidden design stories behind some of the world’s most luxurious ships.

The Whitechapel Gallery presents a major solo exhibition of American artist Mark Dion, with large-scale installations made between the 1990s to the present, including a new commission created especially for London.  Each installation draws attention to characters that observe, conserve or exploit the natural world.

Rachel Howard’s show will be the first UK exhibition of Howard’s series of paintings, ‘Repetition is Truth – Via Dolorosa’.

Murillo: The Self Portraits

Marking the 400th anniversary of the birth of Bartolomé Esteban Murillo this display reunites the artist’s only two known self-portraits for the first time in over three hundred years. 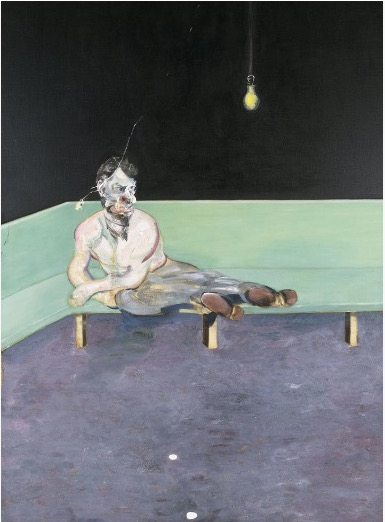 All Too Human Bacon, Freud and a Century of Painting Life

All Too Human celebrates the painters in Britain who strove to represent human figures, their relationships and surroundings in the most intimate of ways. It features artists including Lucian Freud and Francis Bacon alongside rarely seen work from their contemporaries including Frank Auerbach and Paula Rego.

Another Kind of Life: Photography on the Margins

Touching on themes of gender and sexuality, drugs and addiction, youth culture and minorities of all kinds, the show features the work of 20 photographers from the 1950s to the present day.

Another Kind of Life follows the lives of individuals and communities operating on the fringes of society from America to India, Chile to Nigeria.

The three exhibitions, Tacita Dean: LANDSCAPE, PORTRAIT, STILL LIFE, shaped by Dean’s response to the individual character of each institution,will explore genres traditionally associated with painting – landscape at the Royal Academy of Arts (opening 19 May), portraiture at the National Portrait Gallery and still life at the National Gallery – seen through the contemporary prism of Dean’s wide-ranging artistic practice.

Tacita Dean: PORTRAIT (15 March – 28 May 2018)at the National Portrait Gallery will focus on portraiture primarily through the medium of 16mm film.

Tacita Dean: STILL LIFE (15 March – 28 May 2018) at the National Gallery will present an innovative exploration of the genre through Dean’s lens as one of its leading contemporary practitioners.

Hero to a generation of younger artists, Joan Jonas is a pioneer of performance and video who has pushed the boundaries of art for the last five decades. 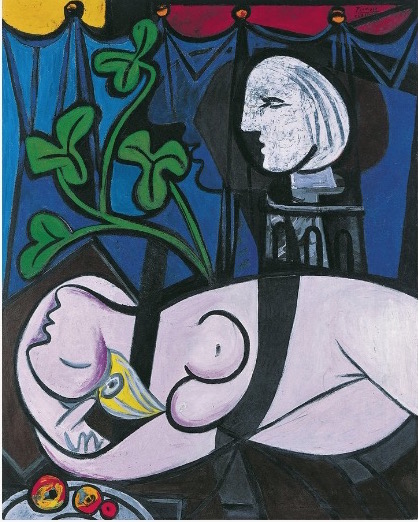 A month-by-month journey through Picasso’s ‘year of wonders’. 1932 was an intensely creative period in the life of the 20th century’s most influential artist. This is the first ever solo Pablo Picasso exhibition at Tate Modern. It will bring you face-to-face with more than 100 paintings, sculptures and drawings, mixed with family photographs and rare glimpses into his personal life.

Ian Cheng (b. 1984, USA) explores the nature of mutation and the capacity of humans to relate to change. Drawing on principles of video game design, improvisation and cognitive science, Cheng has developed ‘live simulations’: living virtual ecosystems that begin with basic programmed properties, but are left to self-evolve without authorial intent or end. His simulations model the dynamics of imaginative organisms and objects, but with the unforgiving causality found in nature. What results is a cascade of emergent behaviours the artist can manage but never truly control. Cheng likens his simulations to a ‘neurological gym’: a format for viewers to deliberately exercise feelings of confusion, anxiety and cognitive dissonance that accompany the experience of unrelenting change.

Artist Sondra Perry (b. 1986, USA) foregrounds the tools of digital production in her videos and performances to reflect critically on new technologies of representation and to remobilise their potential. Her work revolves around black American history and ways in which technology shapes identities, often with her own personal history as a point of departure. The exhibition at the Serpentine Sackler Gallery will be Perry’s first solo presentation of her work in Europe and continues the Serpentine’s engagement with her practice, which began with her moving image intervention for the 2016 Park Nights series. The exhibition will include a site-specific installation incorporating existing works.

The exhibition will be the first to examine the relationship between the four ground-breaking artists. Drawn from public and private collections internationally, it will feature some of the most breath-taking images in photographic history, including many which have not been seen in Britain since they were made.

With a focus on buildings and other structures in Claude Monet’s works, this is the first exhibition devoted to the artist’s relationship with architecture and invites us to see the ‘Father of Impressionism’ in an entirely new way. With more than seventy paintings by Monet, the exhibition spans his long career from its beginnings in the mid-1860s to the public display of his Venice paintings in 1912.

Shape of Light: 100 Years of Photography and Abstract Art

The birth of abstract art and the invention of photography were both defining moments in modern visual culture, but these two stories are often told separately. Shape of Light is the first major exhibition to explore the relationship between the two, spanning the century from the 1910s to the present day.

This exhibition explores the power of design in shaping the world of tomorrow. From smart appliances to satellites, artificial intelligence to internet culture, more than 100 objects will be brought together as a landscape for the near future. 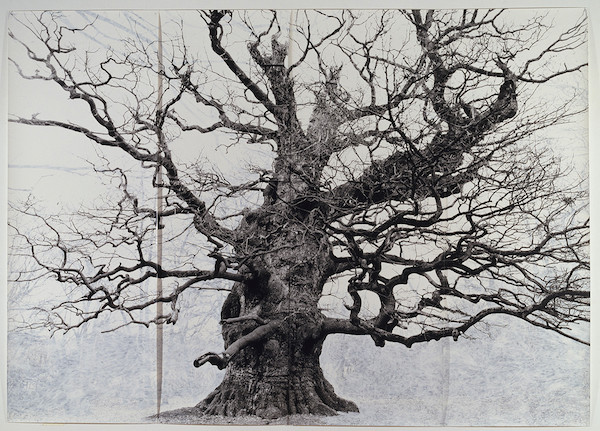 Tacita Dean: LANDSCAPE will inaugurate new exhibition galleries 19 May – 12 August 2018 The exhibition will explore landscape in its broadest sense, from botany to cosmography, travel to weather.

A major retrospective of work by the celebrated British artist and designer, Edward Bawden RA CBE (1903-89). It will be the most wide-ranging exhibition to date, including a number of previously unseen works from the Bawden family’s private collection.

Widely respected as an innovative graphic designer, book illustrator and printmaker, Edward Bawden is best known today for his monumental linocuts and for the witty designs he made for companies like Shell and Fortnum & Mason.

Aftermath Art in the Wake of World War One

Marking the 100 years since the end of World War One, Aftermath: Art in the Wake of World War One looks at how artists responded to the physical and psychological scars left on Europe.

In June 2018, the Serpentine Galleries will present the first exhibition of Christo and Jeanne-Claude in a London public institution since 1979. Christo and Jeanne-Claude are known for their ambitious, large-scale environmental works of art that intervene in the natural world and urban surroundings by altering both the physical form and visual appearance of sites. The temporary nature of these works has, over the years, formed an extensive visual archive of preparatory drawings, collages and photographic works, which detail the organisation and vision of these projects and those never realised. The Serpentine Galleries is working closely with Christo to develop an exhibition of sculptures, drawings and photographs spanning more than 50 years.

Tomma Abts’s (b. 1967, Germany) striking paintings are modest in scale yet are the culmination of an intense and rigorous working process that is both precise and intuitive. Working consistently with the same format for twenty years, she has found endless possibilities for investigating the language of form in painting. Starting with no source material and no preconceived notion of the final composition, the internal logic of each work gradually unfolds to guide a series of decisions that are aimed at establishing the final image. Abts’s exhibition at the Serpentine Sackler Gallery, co-organised with the Art Institute of Chicago, is her first solo exhibition in a UK public institution and will present work from the last decade. 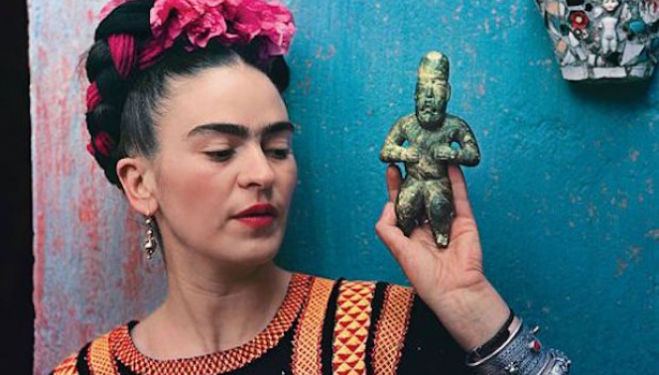 Frida Kahlo: Making Her Self Up

In 1954, following Frida Kahlo’s death at the age of 47, Diego Rivera, Kahlo’s husband, the renowned Mexican muralist, sealed her possessions in the Blue House in Mexico City, where Kahlo was born, lived and died. Fifty years later, in 2004, these cupboards were opened and found to contain an extraordinary collection, including her distinctive, colourful Tehuana outfits.

Ed Ruscha has shaped the way we see the American landscape over the span of his influential six-decade career. Elegant, highly distilled, and often humorous, Ruscha’s work conveys a unique brand of visual American zen.

Michael Jackson: On the Wall – 28 June – 21 October 2018 (Wolfson and Lerner Galleries) – This landmark exhibition explores the influence of Michael Jackson on some of the leading names in contemporary art

Art Night is a free annual contemporary arts festival that transforms London for one unforgettable night, presenting acclaimed international art in unusual locations across the city.

In 2018 it returns to London for an exhibition of work by the four shortlisted artists.

Marking 250 years since Cook’s voyage to the South Pacific, we celebrate the dazzling and diverse art of the region of Oceania, from the historic to the contemporary.

the first UK show dedicated to the Spanish Baroque painter, draughtsman and printmaker Jusepe de Ribera (1591–1652), bringing together his most sensational and shocking works.

As a student at the radical and ostensibly egalitarian Bauhaus art school, Anni Albers, like other women, was barred from becoming a painter. Instead she enrolled in the weaving workshop and made textiles her means of expression. Albers (1899–1994) rose to become an influential figure, exploring the technical limits of hand-weaving to pioneer innovative uses of woven fabric as art, architecture and design.

From being an outsider in British art, and spending much of his life in isolation, Burne-Jones(1833–1898) became a key figure in the art world at the end of the 19th century and a pioneer of the symbolist movement.

Pierre Huyghe (b. 1962, Paris) lives in New York and Chile. His exhibitions are complex systems in which interdependent agents, biotic and abiotic, real and symbolic are self-organizing, co-evolving in a dynamic and unstable mesh.

Run between Edinburgh and Brussels, Atelier E.B is the fashion label under which designer Beca Lipscombe and artist Lucy McKenzie collaborate. By combining the strategies of applied and fine arts, they explore the commercial realities of production and distribution within the act of making, often through collaboration with others. Comprising fashion collections, commissioned displays and interiors, textiles, furniture, events and publishing, Atelier E.B’s work is often presented within the context of deeply researched exhibitions. At the Serpentine Sackler Gallery, Atelier E.B will examine the intersecting relationships between art, design, commerce and display through the figure of the mannequin. The exhibition will include a presentation of historic material, a series of newly commissioned mannequins by contemporary artists and Atelier E.B’s new clothing collection.

This exhibition is the first ever devoted to the relationship between two of the greatest artists of the Italian Renaissance; Giovanni Bellini and Andrea Mantegna. Through major loans of paintings, drawings – and particularly sculpture which greatly influenced both artists throughout their careers – the exhibition compares the work of these important artists who also happened to be related by marriage.

Klimt / Schiele: Drawings is a unique opportunity to see some of the 20th century’s most important works on paper