Galleries and museums around the world are reopening. Among the first exhibitions being shown that caught my eye were Leaves of Grass by Max Gimblett at Page Galleries in Wellington, the pairing of Kudditji Kngwarreye and Idris Murphy at Mitchell Fine Art in Brisbane, and Inspiration – Contemporary Art & Classics at Ateneum Art Museum in Helsinki.

The 19th-century museums of Europe were created alongside the formation of a canon of Western art containing signature works ranging from the sculptures of antiquity to the Mona Lisa and Auguste Rodin’s The Thinker. Inspiration: Contemporary Art & Classics explores this twin-track story by exhibiting renowned Finnish and international contemporary artists who have created works in direct response to the iconic imagery of European Old Masters. Contemporary works are presented alongside references to the original classical works that inspired them in the form of replicas, prints, plaster casts and archival materials from the National Museum of Finland’s vast collections of paintings, plaster casts, drawings and applied arts. 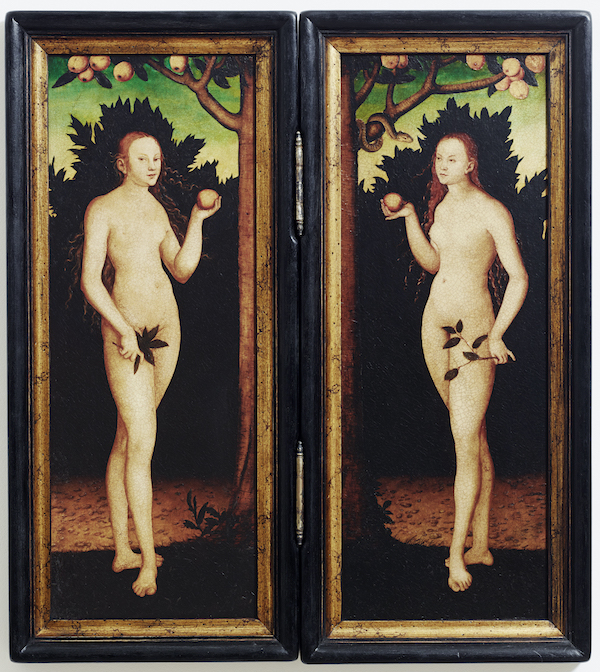 19th-century museums, of which The Ateneum is one, were created as Temples of the Arts; an understanding of the significance of the Arts and of the task undertaken by museums that is explored through a series of contemporary photographic interpretations by Ola Kolehmainen, a Finnish artist based in Berlin. Kolehmainen has journeyed through history – photographing synagogues, churches, mosques and most recently museums. His has been a journey that processes the depth of time in the meeting of artist, space, colour and light with the architecture of bygone times, thereby bringing past and present together in moments of synergy. 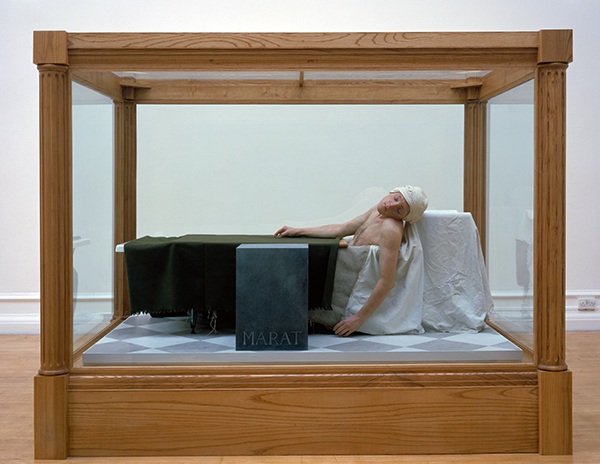 Gavin Turk: Death of Marat (1998). Courtesy of the artist and Black Flag

The museum’s director, Marja Sakari has co-curated ‘Inspiration – Contemporary Art & Classics’, alongside Chief Curator Sointu Fritze, Susanna Pettersson, Director General of Nationalmuseum in Sweden and curator James Putnam. From 1994 when he curated the critically acclaimed exhibition Time Machine, which juxtaposed contemporary art with historical artefacts, Putnam has organised exhibitions at unusual venues combining contemporary art with historical sites and artefacts. Their shared aim as curators has been to crack the code of art history by revealing the sources of the visual culture we have inherited. Being inherited, rather than owned, that culture is often known without being fully or deeply known.

Putnam argues that artists have returned to tradition – the canon of art history and its themes – viewing and appropriating the past in ways that were not encouraged in the recent past. In that period, Christian and religious imagery was particularly unfashionable with curators, although artists always understood its emotions and the universality of its themes. He identifies several thematic threads running through such work. First, playing with cultural clichés, such as Gavin Turk’s 3D wax self-portrait replicating Jacques-Louis David’s 1793 painting Death of Marat. Second, the universalisation of religious themes such as martyrdom, crucifixion or the pietà, as with Mark Karasick’s The Navigator which has Michelangelo’s drawing of the crucified Christ at its heart. Third, ironic, humorous hybrids such as Eve and Eve by Nancy Fouts and fourth, Neo-Baroque scenes of writhing distortion, including Sara Masüger’s Untitled 2019 inspired by the Laocoön Group.

Returning to these images and themes provides contemporary artists with the opportunity to create provocative visual puns through unexpected juxtapositions, as in the work of Jeff Koons and Nancy Fouts, explore differing cultural norms and perceptions by creating parallel works to those from earlier periods, as with Mat Collinshaw’s Last Meal on Death Row, Texas, Gary Miller (2011), or subvert earlier works in order to ask questions of the perspectives from which such works are approached, as does Cathexis #53 (series 1981) by Joseph Kosuth.

Playing with the past in these ways is the contemporary equivalent of those earlier artists who, limited in their thematic vocabulary by the reality that they could only create for the Church, had to express their creativity in other ways, such as the development of individual styles or the creation of veiled subversive details. Playing with the past enables contemporary artists to critique, challenge and change perceptions of the canon with its iconic signature pieces particularly when the work of those who have been marginalised by white Western culture has been excluded. Similarly, the exhibition highlights the philosophical role of museums in terms of examining and re-examining history, art and artefacts in the light of current cultural-related issues. Such activity necessarily raises debate regarding appropriation and originality, but it is best to regard the approaches of these artists as the equivalent of DJs sampling sounds in order to re-present existing music in new forms. 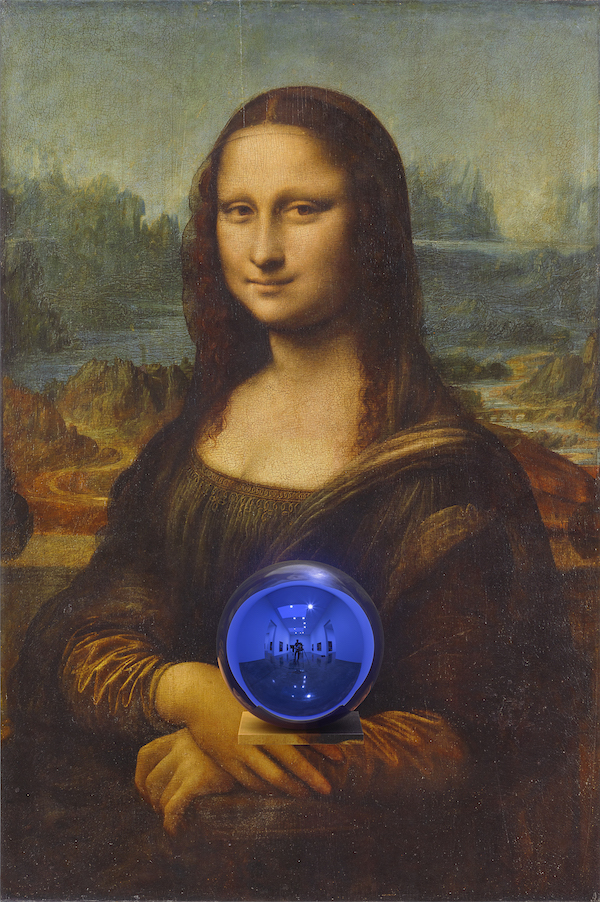 The 1977 exhibition ‘Perceptions of the Spirit in 20th-Century American Art’ marked the beginning of a change in perception that slowly gathered pace through the ’80s and ’90s with exhibitions such as ‘The Spiritual in Art: Abstract Painting 1890–1985’ and ‘Beyond Belief: Modern Art and the Religious Imagination’ (1998). A step change arrived in 2000 with ‘Seeing Salvation’, at the National Gallery in London. This exhibition of images of Christ had been regarded as such box office poison, and so sensitive in terms of offending people of other religions or none that none of the gallery’s potential commercial sponsors would touch it. Yet not only was it by far the most popular exhibition in Britain, it was also the fourth most popular in the world.

Subsequently, there have been an increasing number of significant exhibitions exploring religious ideas and influences and others surveying artists that engage with religious and spiritual themes. ‘Iconoclash: Beyond the Image Wars in Science, Religion and Art’ (2002), ‘The Return of Religion and Other Myths’ (2008), ‘Medium Religion’ (2008), ‘God’s & Goods: Spirituality and Mass Confusion’ (2008), ‘Images of language and language of images’ (2017), and ‘Icons: Worship & Adoration’ (2019) examined various aspects of spirituality, devotion and adoration in contemporary ideas and art. ‘One Hundred Artists See God’ (2004), ‘The Next Generation: Contemporary Expressions of Faith’ (2005), ‘Figuring Faith: Images of Belief in Africa’ (2006), ‘Traces of the Sacred’ (2008), ‘Holy Inspiration: Religion and Spirituality in Modern Art’ (2008), ‘Divine Beauty: From Van Gogh to Chagall and Fontana’ (2016), ‘Mystical Landscapes: From Vincent Van Gogh to Emily Carr’ (2016), and ‘on the spiritual matter of art’ (2019) have all featured artists who explore connections between the material and spiritual, using art to illuminate the spirit in the mundane.

This exhibition adds to that sequence demonstrating that our postmodern re-examining of history, art and artefacts in the light of current cultural-related issues has significant depths whichever aspect of the diversity agenda, including religion and belief, is explored. 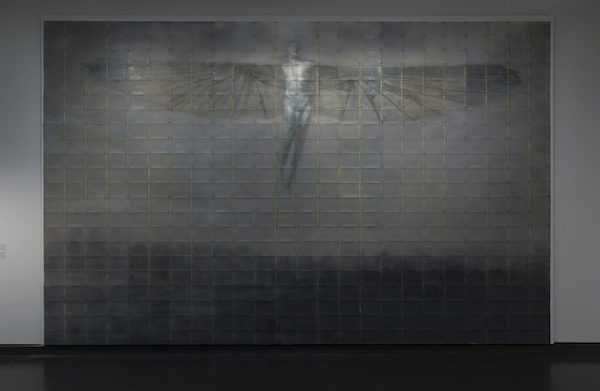 Many of these themes coalesce in Mark Karasick’s The Navigator. This piece has been created using the Greco-Roman method of encaustic painting where layers of hot wax mixed with pigment are used to build up an image. Michelangelo’s studies inspire the body in The Navigator for the crucified Christ (but hinting, too, at the risen Christ), the wings are about Icarus or the phoenix but come from a German inventor and aviation pioneer Otto Lilienthal, whose work predated the Wright brothers. The landscape depicted is the one that Lilienthal flew across in his attempts – including the last attempt which led to his death. This is a beautiful ethereal work which gathers together multiple references – religious and secular – alluding to our desire to transcend our earthly constraints.

Museums are at their best when they function as time machines that bring past and present together. That was the inspiration for this inspiring exhibition. Long may the Ateneum and the Nationalmuseum in Sweden, continue to provide such inspiration!