The monumental installation Double Bind by the late Spanish artist Juan Muñoz was first seen in spectacular form in 2001; and is now considered to be – after the ‘up-scaling’ of Louise Bourgeois – the first ‘true’ commission for the Tate Modern Turbine Hall, as part of the Gallery’s ‘Unilever Series’.

The work became an unexpected pinnacle to the artist’s creative practice; his final work. The most successful installations during this series managed to address – and incorporate – the Turbine Hall’s spatial grandeur – which Muñoz successfully subverted via a dialogue with the space, creating a form of ’emptiness’ where figures hid and contorted, or were, in fact, missing – in a vast interior landscape of silent existential turmoil. 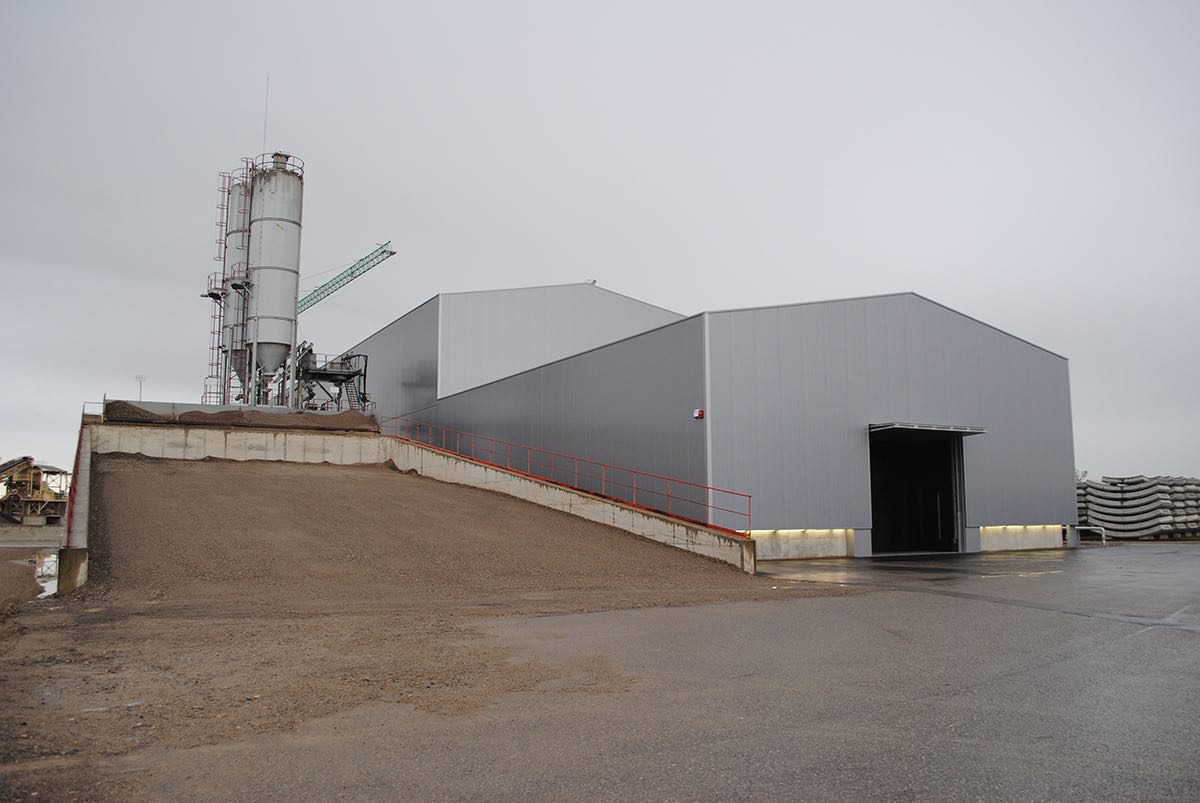 The Sorigué Foundation has been building one of the most important contemporary art collections in Spain for the past 15 years, consisting of more than 450 works by artists including Doris Salcedo, George Segal, Antony Gormley, Anish Kapoor, Cristina Iglesias, Tony Cragg, Eric Fischl, Kiki Smith and, of course, Juan Muñoz.

Considering the original Double Bind was conceived as the embodiment of a site-specific work, it still came as quite a surprise to discover the space in which this new iteration is now housed – and the environment in which it will exist for the next five years. 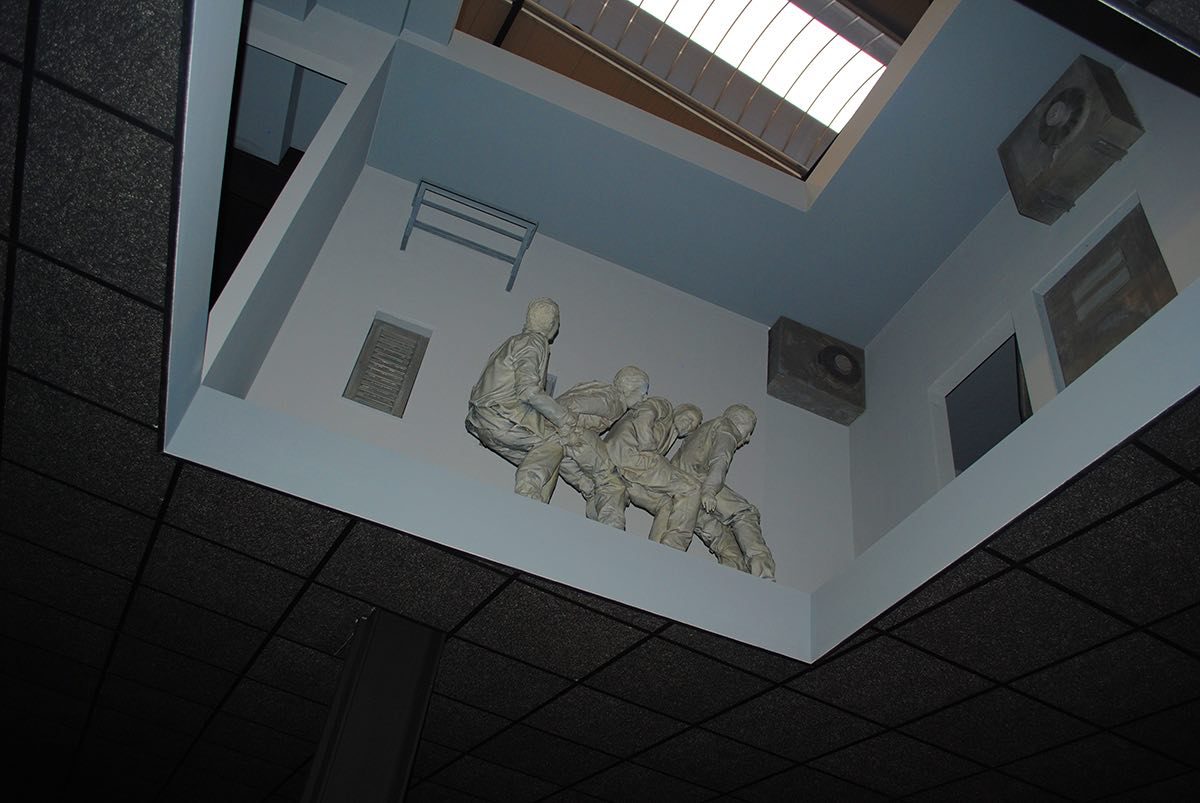 Visiting Sorigué – the family-run industrial and agricultural company, based in Lleida, Catalonia – even with a fore-knowledge of the company’s extensive art collection and its aforementioned foundation, you would not expect to find that art housed at the heart of a dusty working industrial environment.

It is this extraordinary landscape – and the surprising internal environment in which the work has been resurrected, which brings a fresh and invigorating power to the Spanish artist’s multilayered installation. The Sorigué Foundation has created an enormous new exhibition space called PLANTA, situated in the heart of this Catalan industrial landscape, growing out of the ‘moonscape’ of a vast open-cast mine, framed by great sloping olive groves. 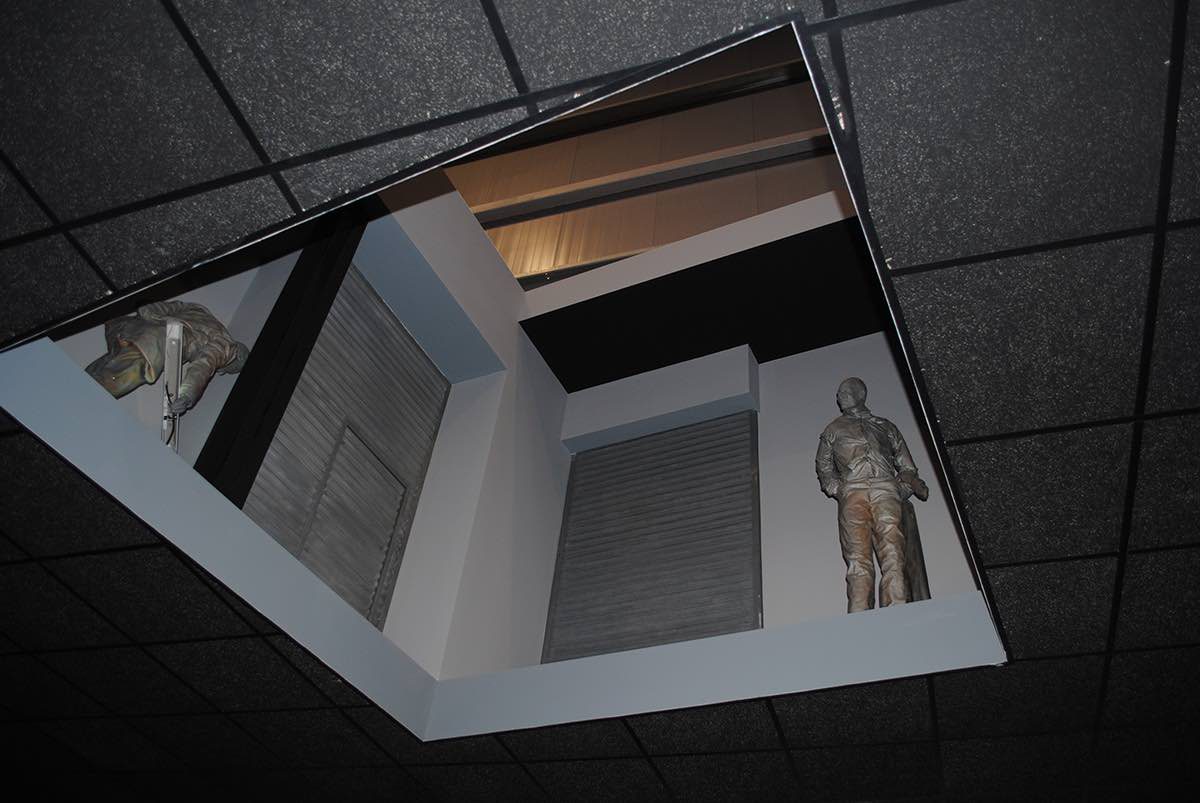 Traversing this environment to view a great work of art is a surreal experience to say the least: as dust-covered miners peruse the passing visitors, wandering past the minimalist housing for other monumental works; this time by Anselm Kiefer: grand paintings which are highly evocative of their surroundings – also living in the moonscape they subsequently reflect, (as I imagine Sorigué engineers drawing lines of comparison between Kiefer’s sculptural mounds of paint and the great heaps of mined aggregate all around).

But it is upon entering the enormous installation space that the viewer’s surreal experience reaches a new height both literally and metaphorically; as we find ourselves standing in the Tate’s Turbine Hall – yes you read that correctly – or at least a striking facsimile; complete with a 40 metre concrete ramp down to the ‘Tate bridge’. Double Bind has been installed in this newly remodelled industrial building turned ‘Tate experience’, covering an area of 2,000 square metres – and the result is quite startling. 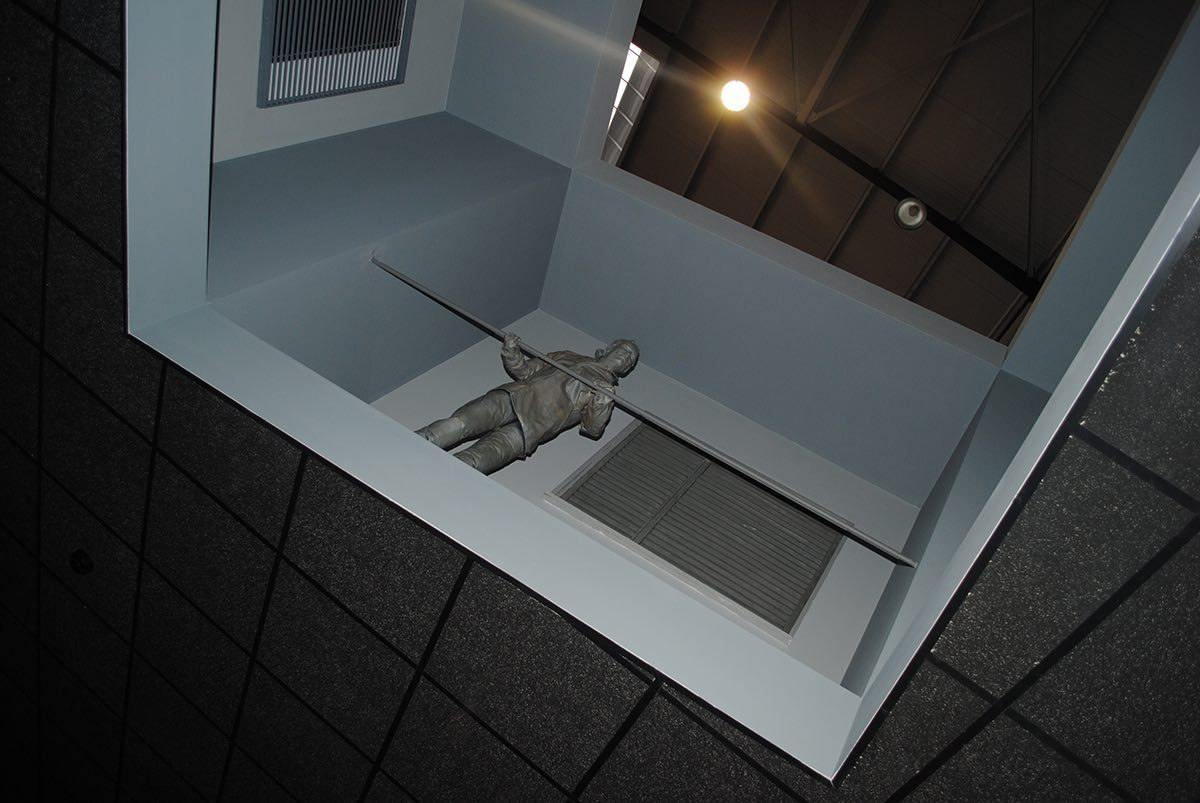 The work is split vertically between upper and lower horizontal levels, as two hauntingly-empty elevators rise to the ceiling of the hall and descend to the lower level, passing through an optical-patterned floor. Seen from the lower level, shafts built between the structural columns of the building meet the viewer; spaces containing the artist’s trademark human figures.

This is an architecturally minimalist space, haunting and evocative: an existential industrial landscape littered with hidden tension and psychological torments – resonating and conversant with its external environment: that of the great open-cast mine that has birthed the very material forming the building. In relation to that, the sanitised post-industrial environment of Tate Modern is rendered somewhat mute. 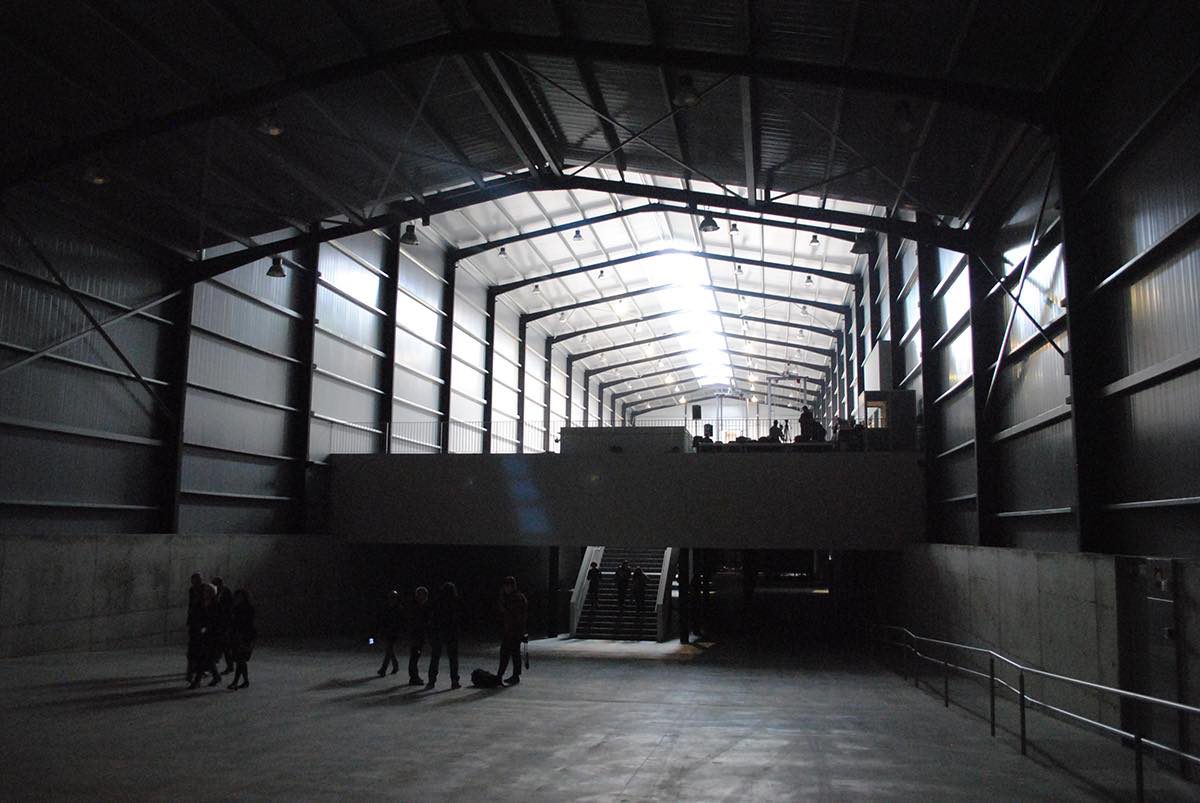 But with the opening of the installation in Lleida, which is on show for the first time in Spain – one could ask that in the advent of Catalan separatism; will this final work by the artist from Madrid, become a site-specific work in a foreign land? A different kind of ‘outsider’ art?

With such a notable work by this revered Spanish artist – and the great work of this culturally inclusive foundation – one would hope that will not be the case.