Oh, how I love summer! And there is no better way to start summer time than going to Les Rencontres d’Arles.

I arrived there early July to attend the 48th edition of the World premiere photography festival: Les Rencontres d’Arles. With 100,000 visitors in 2016, it is becoming increasingly popular among art lovers. The old Roman city is the perfect setting to discover the best of international photography.

It is the 3rd edition for its artistic director Sam Stourdze, and this year he has succeeded again in offering visitors an energetic, enthusiastic yet eclectic exhibition program with 40 exhibitions in 25 places, involving 250 artists and 30 curators. 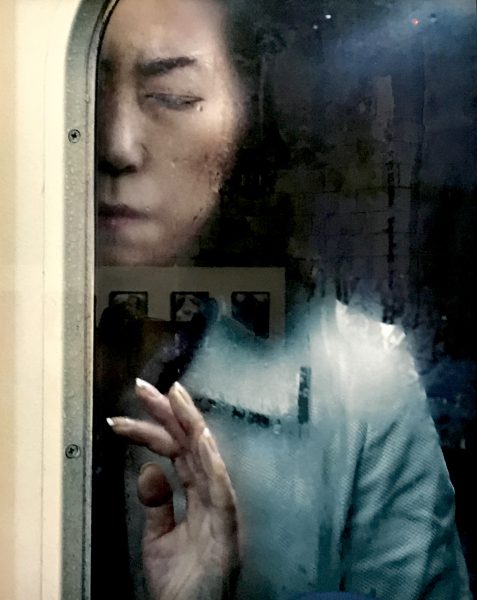 I started my visit at L’Eglise des Freres Precheurs with Michael Wolf,  undoubtedly one of my favourite exhibitions. The German artist has been observing metropolises like Tokyo, Chicago, Hong Kong and Paris over the years. Each time he offers us a different point of view: the graphic view of Hong Kong’s high-rise buildings, their density, colours and somehow inhuman feel to it; the poetic and fragile portraits of Tokyoites in the tube; Paris’ cheminees and skyline, and last but not least, “The Real Toy Story”, major installation featuring over 20,000 plastic Made in China toys he found in junk markets and second-hand shops in the US together with portraits of Chinese workers at an assembly line.

I then ventured to the Palais de L’Archeveche to see Masahisa Fukase’s first retrospective curated by Simon Baker (Tate) and Tomo Kosuga . The Japanese artist is of one of the most influential and innovative photographers of his generation. The exhibition presented a full spectrum of the artist’s works from vintage prints to graphic work and archival magazines.

Further in Cloitre Saint Trophime, Niels Ackermann & Sebastien Gobert with their “Looking for Lenin” have documented the Decommunisation in Ukraine. The 5,500 statues of Lenin formally standing on squares have been removed, destroyed.

Opposite in Arles’ main square at Eglise Saint Anne, I discovered Iran Photographs. I had to visit the exhibition twice. I was overwhelmed and somehow disorientated during my first visit: 66 photographers and a very dense exhibition. I learned later during the week that the whole project had been set up for 2 months only, a real challenge. During my second visit, I truly appreciated the mix of photojournalism, documentary, visual poetry presenting a rich platform for today’s talents in Iran (including many women).

Later that day, as I was enjoying a Gambetta Limonade (a must have non-alcoholic drink when in the south of France) at the Place du Forum, I met the charming Belgium photographer Wim De Schamphelaere. He has worked mainly on the African continent for the last 12 years, always focusing on the most remote villages. He takes hundreds of shots to recompose one very detailed large-scale image (2-5 meters).

Next, to the Place du Forum, I stopped at Anne Clergue Galerie, an Institution in Arles, to see Katherine Cooper’s beautiful exhibition on Aleppo. She offers us a set of stunning and moving non-miserabilists photographs on Syria which she visited last spring.

I started my second day early on a cyclo, my favourite transport in the city, to visit Les Ateliers. 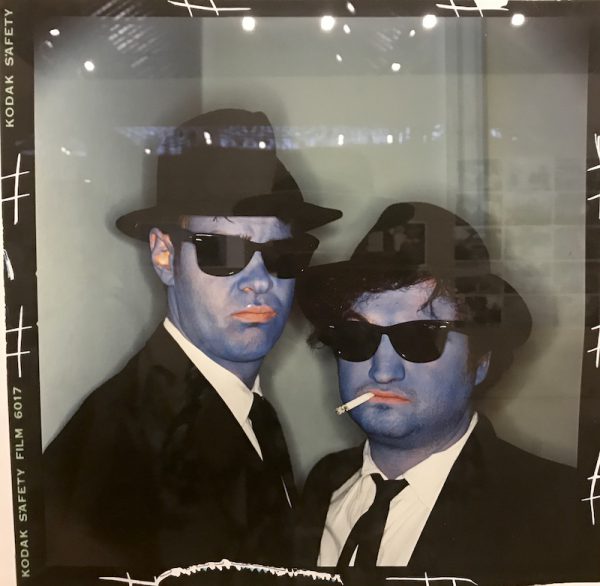 In La Grande Halle, Annie Leibovitz  – The early years 1970-83: Archive project 1, consisting of 5000 images from Annie’s archives of her early works when she worked for the Rolling Stone magazine, is a must see. It is her first project with Fondation Luma which has acquired her extensive archive.

In Magasin Electrique, Mathieu Asselin , Monsanto: a Photographic investigation,  is a terrifying survey of Monsanto’s past and presents products/projects and their health and ecological consequences. 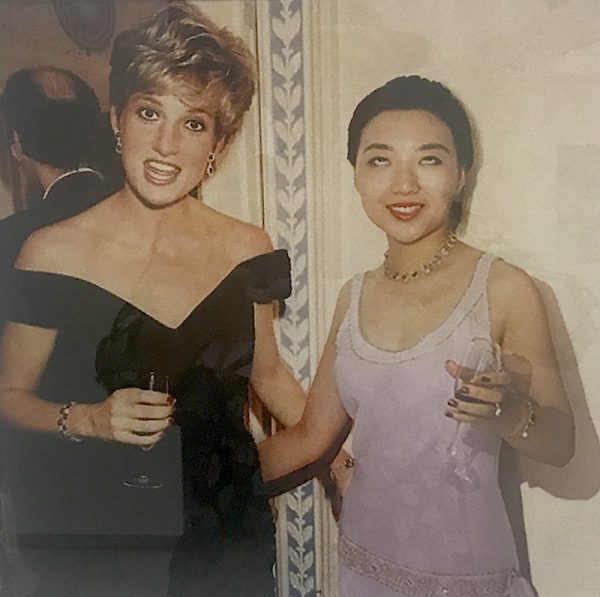 Further up in Atelier de la Mecanique, Silin Liu from China (winner of the Jimei x Arles discovery award) has a funny cinematic exhibition – I’m everywhere –where, surmounting geographic and temporal constraints, the young Chinese artist becomes a personage next to celebrities and famous artists like Marilyn, Picasso and Princess Diana.

I ventured into the new spaces that have opened this year and really enjoyed the 3 exhibitions I saw at Maison des Peintres:

Christophe Rihet – Road to death, where the photographer has reconstituted a mausoleum of celebrities who died in road accidents.

Mathieu Pernot works on Tzigane communities (Les Gorgans) a project that he initiated while a student in the 90’s at the Ecole Nationale Superieure de la Photographie.

Roger Ballen – a powerfully immersive experience where photography and installation come together through his metaphor of the mind as a house.

Around the corner from La Maison des Peintres, Croisiere is another new space offering a mix of a pop book store, café, and exhibition space. I was fascinated by the story of Henrietta Lacks presented by David Fathi – The last road of the immortal woman – winner of the 2016 photo folio review. It is one of the most famous stories of modern medicine: the cells of Henrietta Lacks which were kept growing and multiplying indefinitely after her death.

This year’s edition of the Rencontres is dedicated to Latin America. I enjoyed both Urban impulses with several hundred images from Leticia and Stanislas Poniatowski and La Vuelta at the Chapelle Saint-Martin du Mejan which presented 28 Colombian photographers.

I spent my last evening at Le Galoubet, my favourite Bistrot in Arles where late during the night the well-known and not so well-known artists meet. That’s the beauty of Les Rencontres. 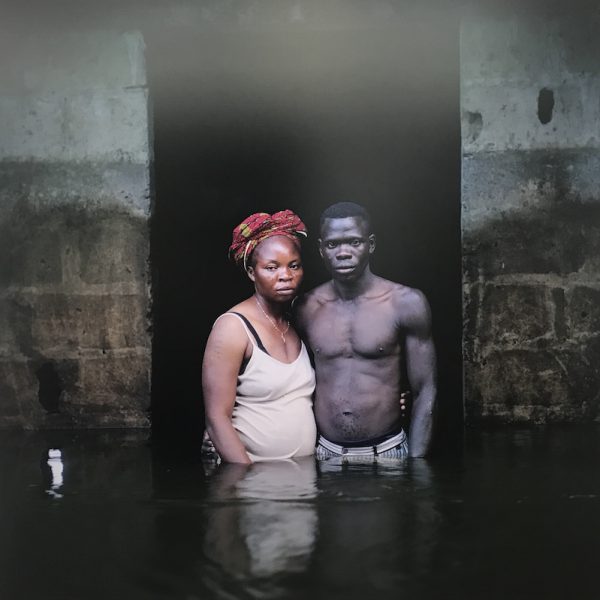 On my last day, I went to Ground Control, to see Gideon Mendel’s (South Africa) Drowning World exhibition, a poetic and intimate view of global warming focusing on portraits of flood victims from 13 countries in their domestic space.

I then ran to catch my train to Sète to see Jean Michel Othoniel’s exhibition –  goodbye Arles, see you next year. 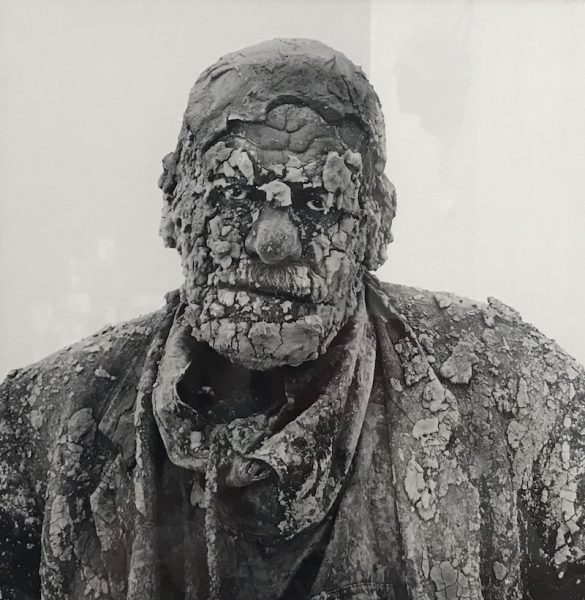