London gallerist Zavier Ellis of Charlie Smith chooses six of the best works appearing at VOLTA, Basel’s art fair for new international art. The fair debuted in 2005 as a collaboration between dealers and friends. The aim was to secure a platform for international galleries beyond young art stalwart Liste and market heavyweight Art Basel. Concerns and aspirations of the exhibiting gallerists have been first and foremost since VOLTA’s inception; in combination with the curatorial mind of Artistic Director Amanda Coulson, eclectic and dynamic presentations with a strong focus on solo presentations find a stage as refined as at the main fair. 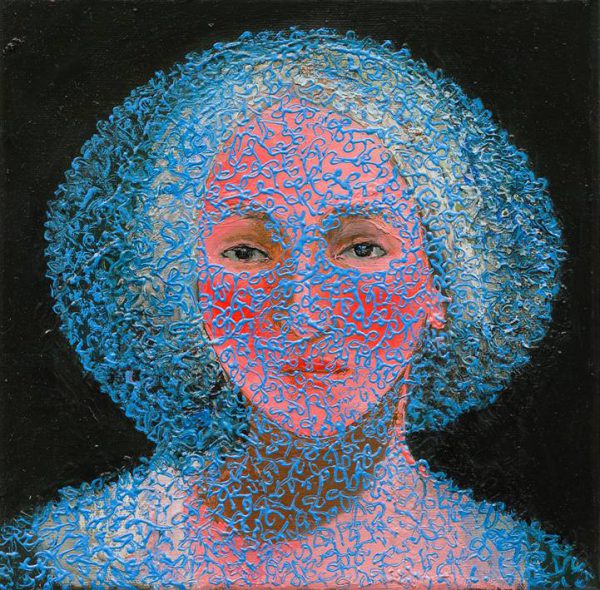 Lisa Wright’s paintings are simultaneously rooted in the past and the present, intimately and emotionally entwined with historical portrait painting. Fragments of history – ribbons, ruffs, wigs and petticoats – are pieced together with a contemporary sensibility, resulting in figures that oscillate between time periods. The sensual and striking subjects of  Wright’s works are underpinned by her remarkable skills in drawing and deft handling of paint. The works are uniquely unsettling and compelling. 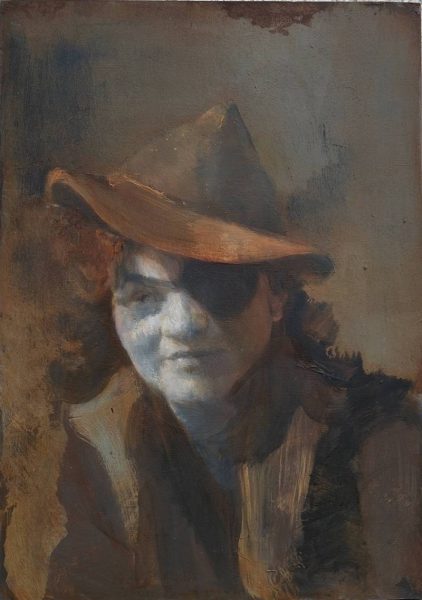 Hamm’s paintings evoke memories. Her predominantly classical themes include landscapes, interiors, or situational female portraits that appeal to our memory of images, recalling familiar scenarios. The artist uses photographic material such as newspaper images, postcards, reproduced paintings, or self-made photographs as a basis for her works. The colour palette is always restrained, and the scenes densify to form mostly mysterious, fragile worlds of images combined with the abstract. 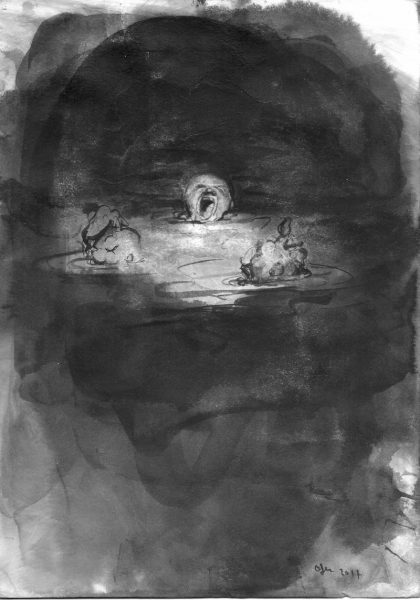 Josef Ofer was born in 1965 in Tel Aviv. After studying at the School of Fine Arts in Paris and spending time in Berlin and Portugal, he moved to Brazil in 1993. Somewhere between Europe and Amazonia, he left behind vivid coloration for simple, monochromatic strokes in pencil and ink. In a lost corner of the world on the banks of the Rio Negro, a hidden universe seems to emerge populated by deathly, ethereal figures that recall Goya at his most haunting. Ofer’s next exhibition will be at Teylers Museum (Haarlem, The Netherlands), having had a series of work acquired for the collection. 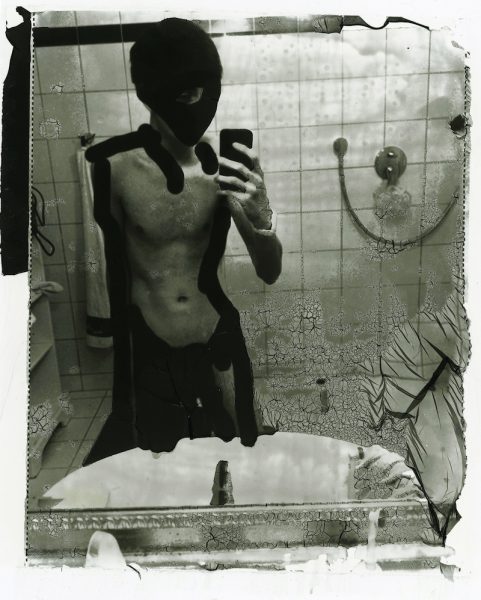 Dal Bo has scavenged hundreds of nude selfies from online sources including Twitter, Snapchat and revenge porn sites, greyscaled the screenshots and used digital manipulation to erase the identity of the individual, representing everyone and no one. The selfies have been rephotographed using a 4×5 camera to create unique carbon prints from hand-made negatives, which are embedded in the frame. The tension of combining digitally pirated images with a rare and complex traditional photographic process is reflected in the series title Carbon Copy, which refers to the manual process of copying documents that has been coopted in digital correspondence as CC. The installation extends into the public bathrooms, which are papered with hundreds of the nude selfies. 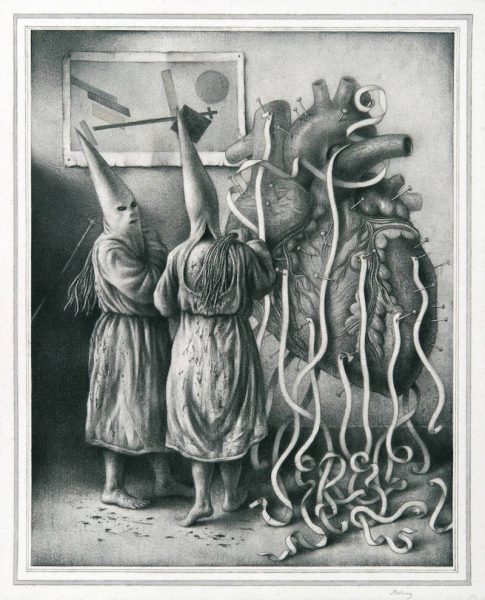 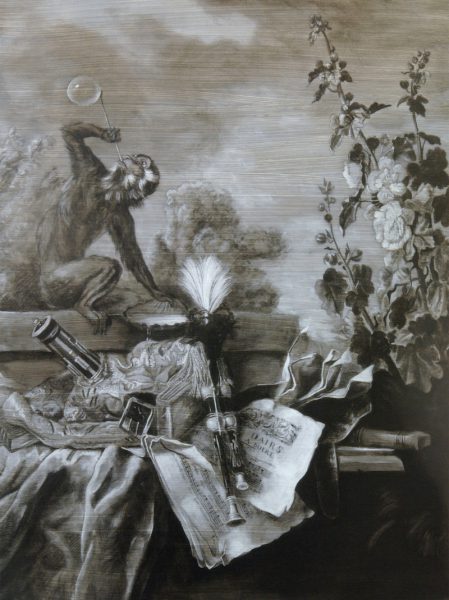 Today, we spend more and more time at the screens that frame our view on the world. We get bombarded by thousands of images, we have no choice but to deal with them in some way or another. How we look and understand images and their power structures could give us a more profound understanding on our world. In the first instructional book on painting (De Pictura (1435) by Leon Battista Alberti), painters were instructed to consider the frame of the painting as a window. Through these singular frames, we received a view on our state of being, our history and thus our understanding of our world. This perspectival paradigm continued to dominate through the ages of emerging technology such as photography and cinema, until the computer screen emerged. Now, multiple ‘windows’ coexist and overlap, the traditional singular perspective may have met its end.