The Design Museum unveiled its new building to the press yesterday ahead of its public opening on 24 November 2016.  Housed in a landmark grade II listed modernist building from the 1960s on Kensington High Street, formerly the home of the Commonwealth Institute, the building has been sensitively retuned by John Pawson, the culmination of a five-year construction process costing £83m.

OMA, Allies and Morrison and Arup have restored the building’s spectacular concrete roof and distinctive facade. Remodelling the interior, John Pawson has created a series of calm, atmospheric spaces ordered around an oak-line atrium incorporating key elements from the original structure.

Founded by Sir Terence Conran, the Design Museum opened in 1989 in a former banana ripening warehouse on Shad Thames, following its successful original incarnation opening in 1983 as the Boilerhouse Project, in the basement of the V & A. It closed its doors in Shad Thames on 30 June 2016. Whilst there the Design Museum mounted a host of critically acclaimed exhibitions, including shows dedicated to the work of Richard Rogers, Thomas Heatherwick, Dame Zaha Hadid, Dieter Rams, Ettore Sottsass, Sir Paul Smith and Christian Louboutin. 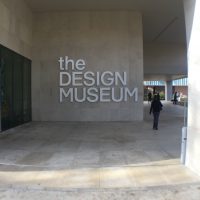 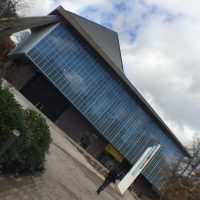 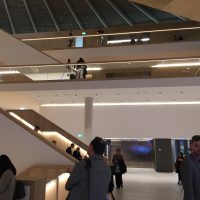 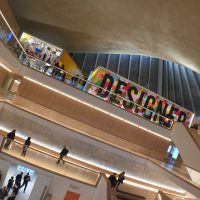 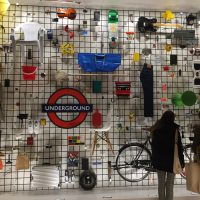 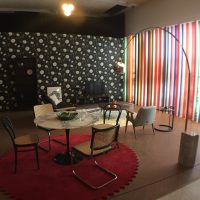 The complex renovation of the museum saw OMA led by Reinier de Graaf, Allies and Morrison, Arup and John Pawson work together to bring this landmark of post-war British architecture back into use.

John Pawson commented: ’There are ’moments’ in the building that I relish every time I walk around, bu I think it is really the way everything comes together – the new and the old – that gives me the greatest pleasure.’

Sir Terence Conran, founder of the Design Museum said: ‘I’m full of excitement as we enter the final stages of this long journey and prepare to open our magnificent new cathedral of design. It really does feel like our moment has arrived and that the importance of design to our lives is now truly appreciated. With three times the space and John Pawson’s beautiful architectural work I hope we can now educate, inspire and delight future generations for years to come and truly make a difference to the world around us.’

Expected to attract 650,000 visitors in its first year, the Design Museum combines architecture, product design, technology, graphics and fashion to investigate the form, function and meaning of the world around us.