Luise Kaish was a key figure in the New York art scene. Petite, 38, beautiful, married and mother of a small child, by 1964 she had already exhibited widely and created two vast, major commissions for both Christian and Jewish sanctuaries: a huge 12 ft, 3-ton bronze Christ in Glory plus a monumental Ark for the Rochester synagogue.

She went on to work in canvas collage and painting and from 1980-86 was Professor and Chair of painting and sculpture at Columbia University. As a significant modernist sculptor, educator and pioneering early female leader in the arts, she was unique at a time when women were pretty much tied to the domestic kitchen sink. I am sure she was delighted with the double-edged compliment in a 1954 accolade which stated: “For there is assuredly nothing feminine in her sculpture.” 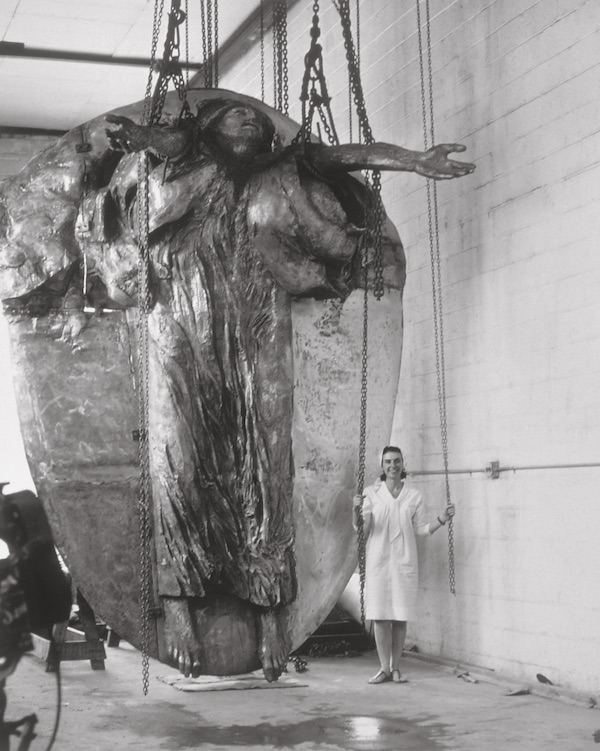 I first met Luise in 1999 in her studio at home in New York City. The apartment was filled with exquisite small bronzes, memorable intense drawings which I much admired and vivid oil paintings like the Central Park trees of her Achingly Beautiful Pink, 1998 or lush, high key skies over Sullivan’s Island. Her memorial book illustrates all these works. I missed out on seeing her huge bronzes so impressively documented in the book. Still, I was lucky to come to know and love the small bronze preliminary study she made for her famous Rochester Ark of Revelation, widely celebrated as a great work of the 20th century.

And it’s here that ‘Luise Kaish: An American Art Legacy’, triumphs. Beautifully designed and illustrated, lavishly produced, with both scholarly essays and archival family photographs, this vivid biography not only tells an important story but explains and shows in detail and close-up her many pieces of public art. It confirms her place as a key figure in the New York arts of the late 20th century.

As I currently struggle with my own archive, I look longingly at this volume. It is what anyone would welcome: seriously researched, thorough, chronological and accompanied by essays and commentaries by seven of America’s leading academics and critics including Gail Levin and Eleanor Heartney.

I have the privilege of a series of emails from Luise, some in reference to the famous Ark. She told me, “As a young sculptor in the ruins of the aftermath of the second world war, in Italy, I encountered and was inspired by the beauty and the power of great, monumental, living works of art. Travelling to other parts of the world like Mexico and Alaska, I have been struck by the energy and the renewal of what I like to call “the act of seeing.” Her aim was always “to create a series of sculptures inspired by the visual and metaphysical imagery of the Old Testament, as I said in my proposed plan in applying for a Guggenheim Fellowship, and wouldn’t change a word of it today!”

After the huge public success of the Rochester Ark, with its 18 bronze figural panels of Moses, the Prophets and Solomon, Kaish received many commissions, including The Wall of Martyrs for a temple in New Rochelle and Ark Doors for Wilmington Delaware. But most memorable is her Holocaust Memorial in New York. It is her most literal work, the crematorium oven in high relief, and the first public Holocaust memorial in Manhattan. 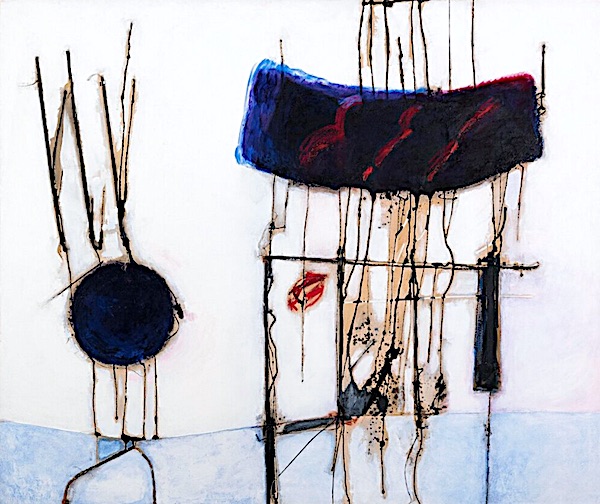 The book is accompanied by a terrific website which includes text, video, photographs, and information on all Kaish’s solo and group exhibitions accompanied by illustrations. This means that anyone can easily access her work – indeed the aim of all archives. She certainly got off to a great start, being one of only a few women, included in “American Sculpture 1951” at The Metropolitan Museum of Art; “Recent Sculpture U.S.A.” at the MoMA in 1959, plus Whitney Biennials 1962 & 64. She was also a participant in pioneering shows such as the Sculpture Center’s “Women Welders” (1953), which highlighted women’s contributions to the welding process. Bronze was her medium, and she triumphed here with significant pieces, both figural and abstract. Symbolism was high on her list with magnificent spheres, like ‘Eternal Light’ 1973, and ‘La Lumiere” predominating in the 1970s. One of the first women to receive the Rome Fellowship (1970-72), she had a major retrospective at New York’s Jewish Museum in 1975 plus four solo shows at the Staempfli Gallery, NY, 1968-88.

The world of the artist, she said, “is in the adventure, in the surprises of constant exploration – of pushing to beyond.” She always had the strength to speak out, to have an independent voice. In an era of minimalism, she pursued her own path. “Creativity, for me, is questioning the premises of what is happening around me.” Her aim, “to create a window, a space for one’s visual imagination to move, through and into.” She loved teaching, “It’s a wonderful experience if you can ignite the imagination of the students.” Manhattan also played its role. The high energy and ferment of creativity there in the second half of the 20the century are well known. But Kaish’s studios, always high up, either overlooking the Hudson River or Broadway, later situated above the Upper West Side, gave added zest. “I think of myself as being on top of a mountain. It’s compelling.”

For a 1968 exhibition at the famous Staempfli Gallery, on 77th Street, a critic wrote, Luise Kaish attains a sense of power and authority leavened with a poetic innocence that gives her pieces universal appeal.” I am not sure about the ‘innocence’, but certainly above all Kaish was concerned with the spiritual in art, and a strong determination to explore universal themes of belief, hope and existence, “to push beyond whatever may be beyond.” Fitting then that on her death in 2013 at age eighty-seven, Luise requested her ashes be launched into deep space.