Manifesta 12, now in its twelfth edition is Europe’s nomadic biennial, taking place in Palermo from 16 June until 4 November 2018. The first 10 participants included in the programme take over 5 of the locations throughout the city. In total, the biennial will consist of more than 40 newly commissioned works, public installations, performances, and urban interventions and taking place in more than 15 iconic venues in Palermo.

Manifesta is held in a different host city every two years

Manifesta is a major international art event, attracting visitors from all over the world. It is the go-to place for discovering emerging artists, thought-provoking ideas, new artworks especially commissioned for the event, and creative experiences in dialogue with spectacular locations of each host city.

The Manifesta 12 theme is Titled “The Planetary Garden. Cultivating Coexistence”, the concept explores coexistence in a world moved by invisible networks, transnational private interests, algorithmic intelligence and ever-increasing inequalities through the unique lens of Palermo – a crossroads of three continents in the heart of the Mediterranean.

Manifesta was founded in Amsterdam in the early 1990s as a European biennial of contemporary art striving to enhance artistic and cultural exchanges after the end of Cold War. In the next decade, Manifesta will focus on evolving from an art exhibition into an interdisciplinary platform for social change, introducing holistic urban research and legacy-oriented programming as the core of its model.

Manifesta 12 is still run by its original founder, Dutch historian Hedwig Fijen, and managed by a permanent team of international specialists. Each new edition is started up and fundraised individually. Currently, Manifesta 12 is working from its offices in Amsterdam and Palermo, with an upcoming office in Marseille for Manifesta 13 opening in the French city in 2020.

The participants who will take part in the Manifesta 12 programme include: Brazilian artist, Maria Thereza Alves, with an installation at Palazzo Butera dedicated to the floral syncretism of Sicily; and pioneer of Nigerian contemporary art performance, Jelili Atiku, with a processional performance on 15 June throughout the streets of Palermo. French contemporary landscape architect and philosopher Gilles Clément, who inspired the biennial’s curatorial concept with his book The Planetary Garden will engage in a collaboration with the multidisciplinary design studio Coloco and create an urban garden in the Zen district of Palermo. 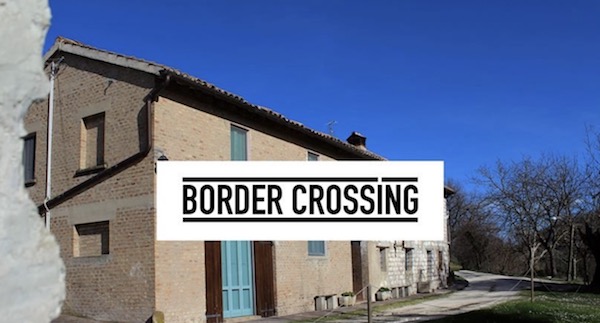 Additionally the biennial programme will include: London-based collective Cooking Sections, with a project on agricultural irrigation systems held in various venues; Irish, real-time computer graphics artist, John Gerrard, who will present his works between Palazzo Ajutamicristo and Palazzo Forcella De Seta; Swiss artist, Uriel Orlow, with a video installation at Palazzo Butera focused on the value of memory and the evocative power of botany; visual artist and artistic director of Riwaq Biennale, Khalil Rabah, who, inspired by the Palermo markets, will reproduce his own market of different artefacts at the Botanical Garden with assemblages and sculptures; and Belgian architect collective, Rotor, with an urban intervention in the area of Pizzo Sella, north of Palermo.

Manifesta 12 2018 will also dialogue with the ephemeral components of Palermo’s life. Honouring the city’s long tradition of storytelling – or canta storie – through a series of new narrative productions about the city’s hidden networks. Recognising Santa Rosalia procession as a territory of contemporary syncretism, dialogue and celebration. Supporting existing initiatives to provide spaces for public hospitality. Mobilising its rich collection of archives to disclose untold stories on the city and its characters.

Finally, two Italian artists are revealed today: Marinella Senatore, with an urban procession on 16 June featuring a collective dance movement in the streets of the historic centre of Palermo; and Giorgio Vasta, the writer and screenwriter from Palermo, with the project City Scripts, a digital app dedicated to the narration of the city.

71 collateral events will be running symotainlously with the Biennial Each of the proposals were evaluated in terms of being sound interdisciplinary cultural projects taking place during the same period as Manifesta 12 while also adhering to the same high-quality standards as the nomadic biennial.

M12 Collateral Events, while not a part of the Planetary Garden program, receive full communication support from Manifesta 12, promoted through digital and analogue channels of Manifesta 12 including the website, guidebook, social, app, and map. Accordingly, the independence of the Manifesta 12 Collateral Events means that the projects are separately funded through sponsorships and partners, both locally and internationally.

Throughout Palermo and other communities in Sicily, amazing venues have generously opened their doors to host the Manifesta 12 Collateral Events. Locations from stupendous Baroque palaces to Norman architectural masterpieces and artisanal workshops, many of which have never received the public, can now be seen and experienced through the lens of local, national, and international cultural organisers. Entire squares, fountains, quarters, and streets await discovery with numerous workshops, performances, exhibitions, and audio-visual installations.

An intentional symbiotic structure has been developed in which the Manifesta 12 Collateral Events benefit from Manifesta’s international scope and visitors. Building on this, the ever-widening reach of the Manifesta 12 Collateral Events extends beyond the limits of the biennial, involving local neighbourhoods and communities outside the boundaries of the art world and facilitating integration and inclusion through art- the innate communicative language we all possess.

5x5x5
This new model of what was formerly called Manifesta 12 Parallel Events programme, is designed as a compliment to the M12 Collateral Events, developing long-term exchanges and networking between Palermo’s cultural communities and Manifesta’s diverse international network of artists, galleries, academic, and educational institutions.