As we reach the end of yet another challenging year in the art world, Artlyst’s Paul Black has chosen some of his 2018 highlights. From extraordinary events – to museum openings, and blockbuster exhibitions, here is his selection which includes one or two of the less obvious choices thrown in for good measure.

All Too Human: Bacon, Freud And A Century Of Painting Life, At Tate Britain 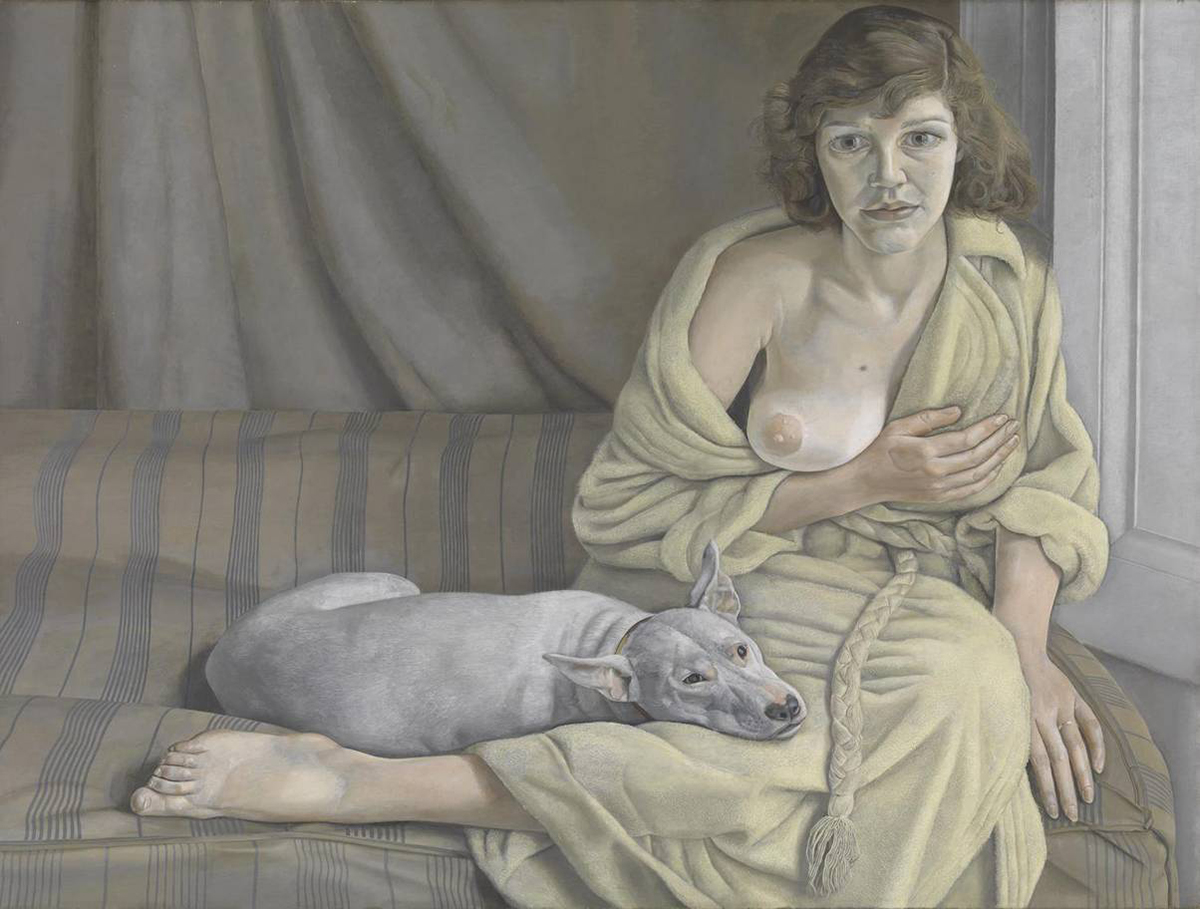 As a viewer of great British art, how can you possibly go wrong? Tate Britain’s ‘All Too Human’ celebrated the great British painters of the human form, another chance to revel in the real heroes of British Modernist painting, as we got the chance to submerge ourselves in Baconian body-shock, while Freud’s flesh moved in temporal swirls on the canvas. The show also featured rarely seen work from their contemporaries, including Frank Auerbach and Paula Rego, it was a chance to see physical truth in all its howling brutal reality, created with the deft stroke of a very mortal brush – and yet it never gets old. 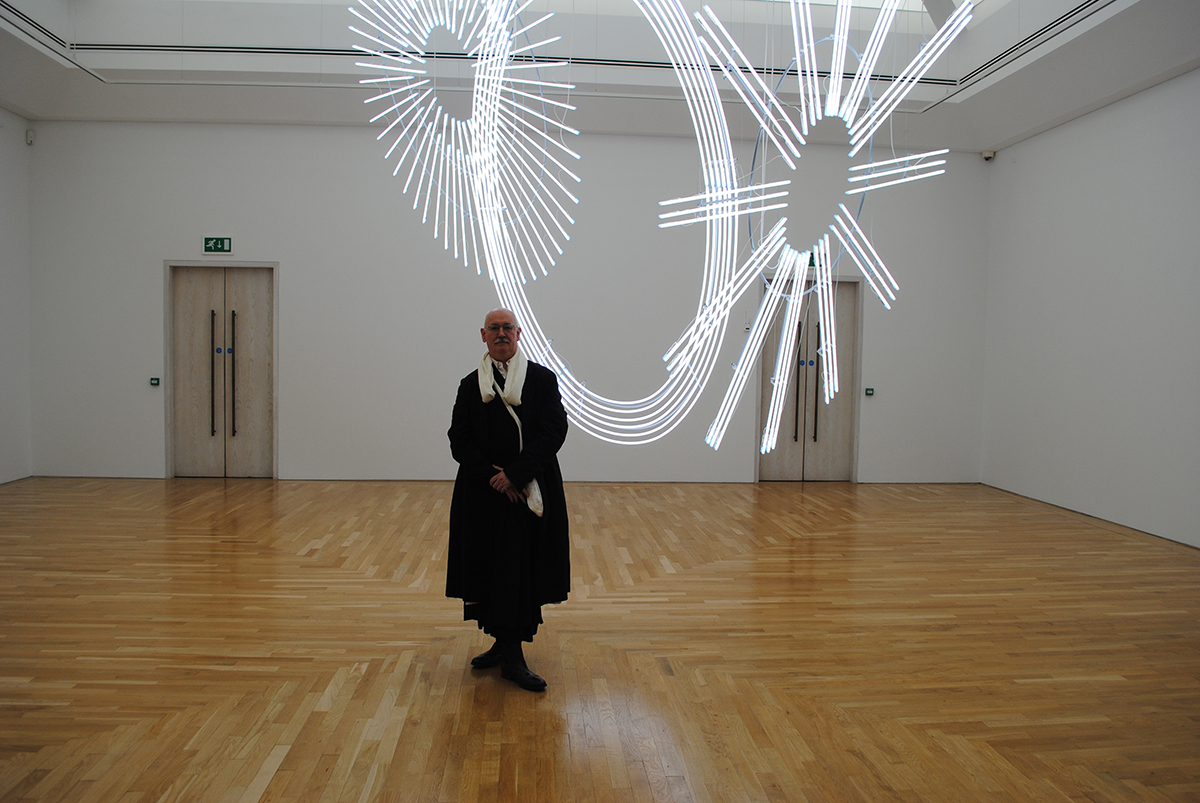 It was a good year for the internationally acclaimed Welsh artist Cerith Wyn Evans, who unveiled a major new neon sculpture at National Museum Cardiff. A work created by the artist specifically for the museum, the second donation made through the Contemporary Art Society’s ‘Great Works’ scheme which aims to tackle the absence of works by major British artists in UK museums, over the last two decades.  The artist would then go on to win The Hepworth Prize For Sculpture, from a highly esteemed shortlist of artists, beating Michael Dean, Mona Hatoum, Phillip Lai, and Magali Reus. 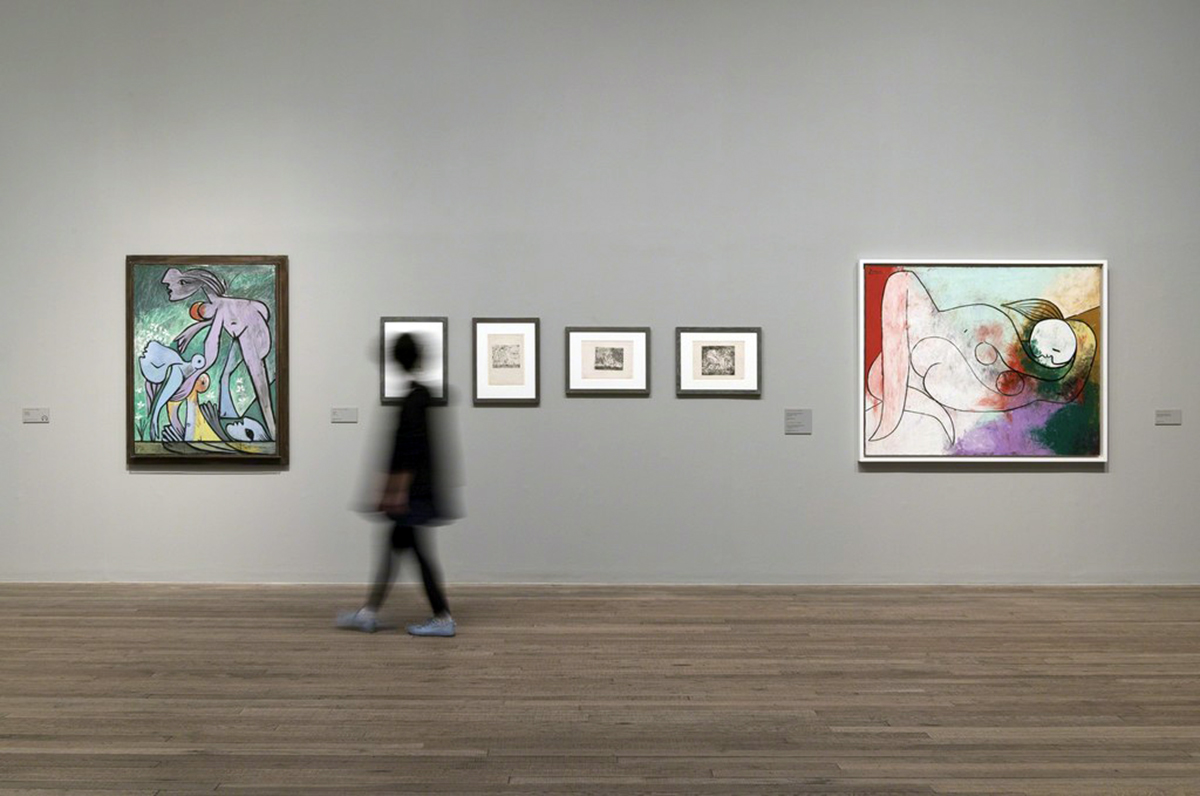 This was the very first solo exhibition of Picasso at Tate Modern; presenting more than 100 paintings, sculptures and drawings, including an intimate glimpse into the artist’s personal life. The show followed a narrative journey through the year 1932, when Picasso embarked on his famous love affair with Marie-Thérèse that led to 12 months of prolific creativity, resulting in a collection of works that were at once sensual with a counterintuitive beauty, complexity, and richness. 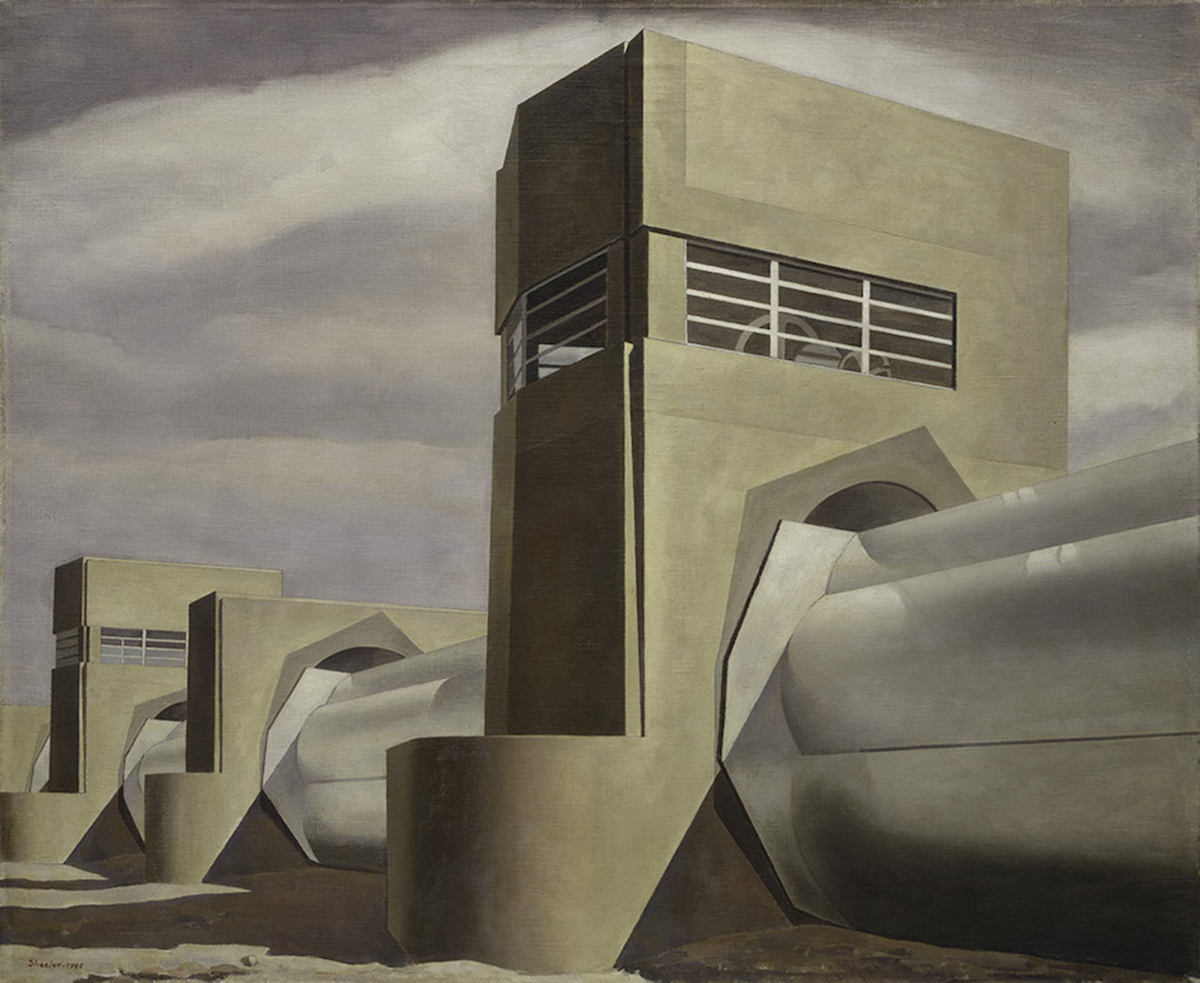 An entire exhibition summed up by Charles Sheeler’s work ‘Water’, 1945, the cool depiction of a brand new hydroelectric plant, ‘built’ by the artist in the name of progress, the modern metropolis rendered pristine, waterless – and rather frightening – as the viewer questioned that total lack of a human presence or narrative. The geometrically clean Modernist dream of the period, gives way to machines – the new modern soul – as they conspire to take over the world.

The New V&A Dundee Opens Its Doors To The Public 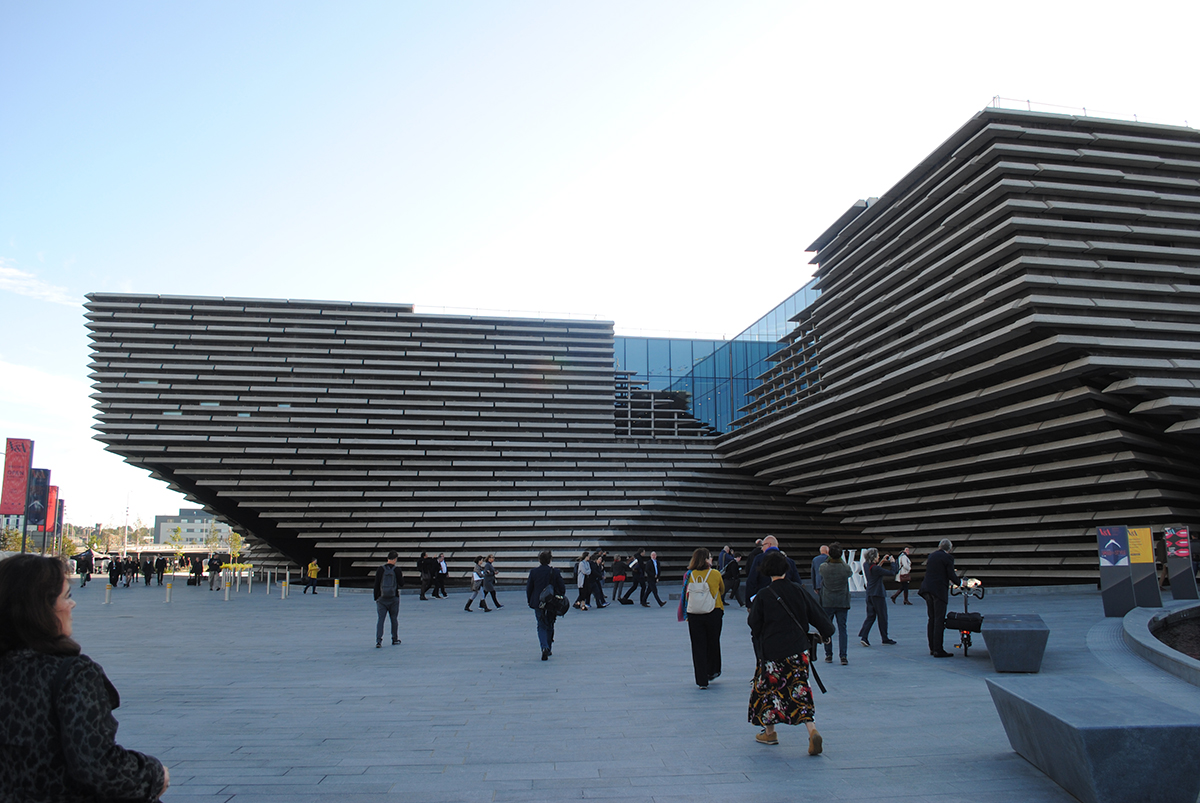 This year Artlyst was given the opportunity to explore Dundee’s new £80m architectural wonder; the V&A Dundee, which is Scotland’s impressive new design museum, illuminated by undulating light from the Firth of Tay, and positioned at the centre of what was once Dundee’s maritime infrastructure. With the appearance of two inverted pyramids partially overhanging the water, the building – designed by renowned Japanese architect Kengo Kuma – has already seen more than a quarter of a million visitors after its September opening – more than half the 500,000 people expected in its first year. 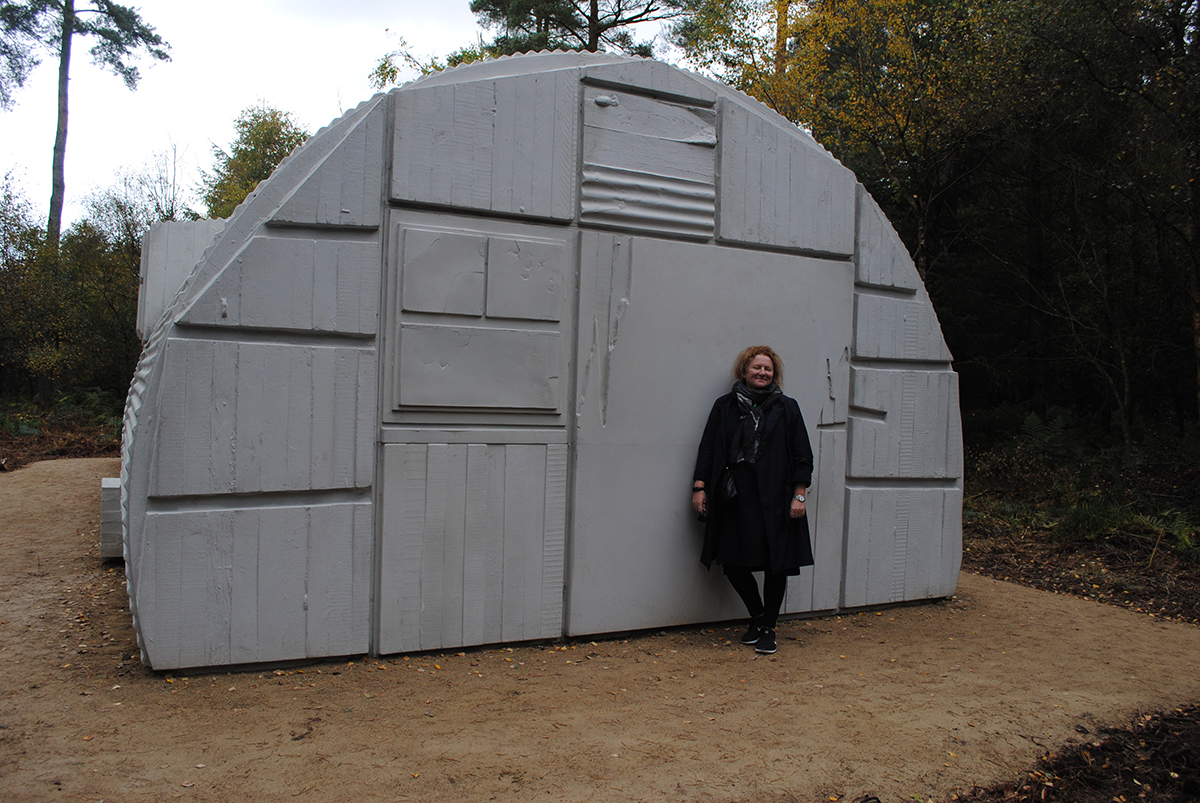 At one time many in the art world had hoped that Rachel Whiteread’s work ‘House’, created way back in 1993, would be her first permanent work. This sadly was not to be. Finally, this October, the artist unveiled her first permanent UK sculpture located in the depths of Dalby Forest, North Yorkshire; a response to the history of the location, and a work which would mark the centenary of the First World War’s end a hundred years ago. Cast in concrete, forming the negative space of a Nissen hut; the prefab military structure invented during the First World War. Finally a permanent UK display from the one time YBA. 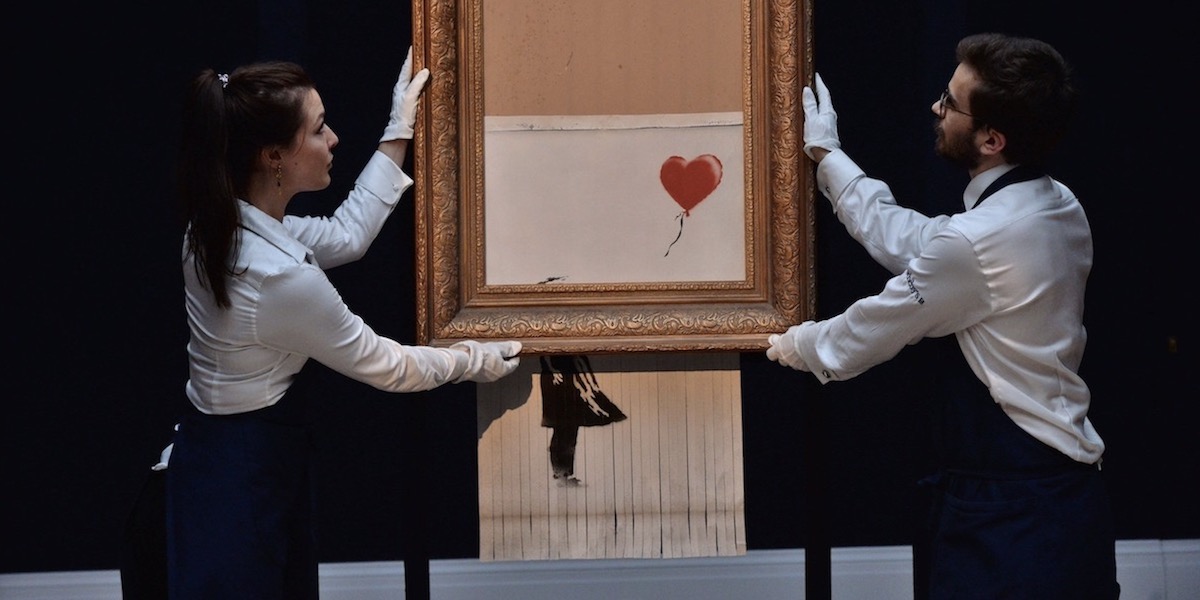 An expression of true anti-establishment anarchy? Or all smoke and mirrors? As the auction gavel came down on the lot at £850,000 (£1,000,000 including commission) at the Sotheby’s sale of the artist’s ‘Balloon Girl’, the work appeared to auto self-destruct, when the frame revealed a hidden remotely controlled shredder. Not only did it spit out the shredded artwork – resulting in probably the greatest art stunt of the decade  – but it also overshadowed an important art world event that took place on the same day. 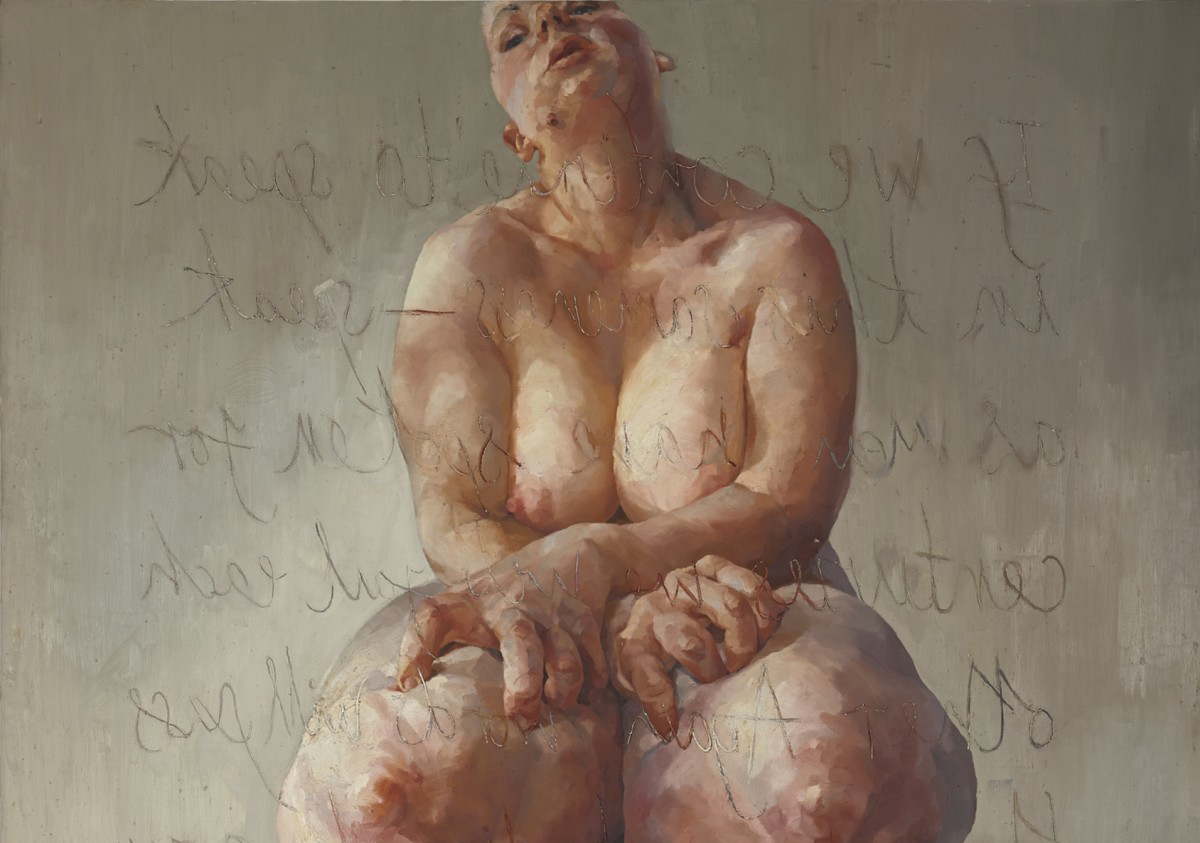 As Banksy’s Balloon Girl faced seeming public destruction, no one in the art world media seemed to notice when British painter Jenny Saville took the title of the most expensive living female artist in October of this year, when ‘Propped’, 1992, sold for £8.25m (£9.5m with fees) at a freshly-pranked Sotheby’s in London. 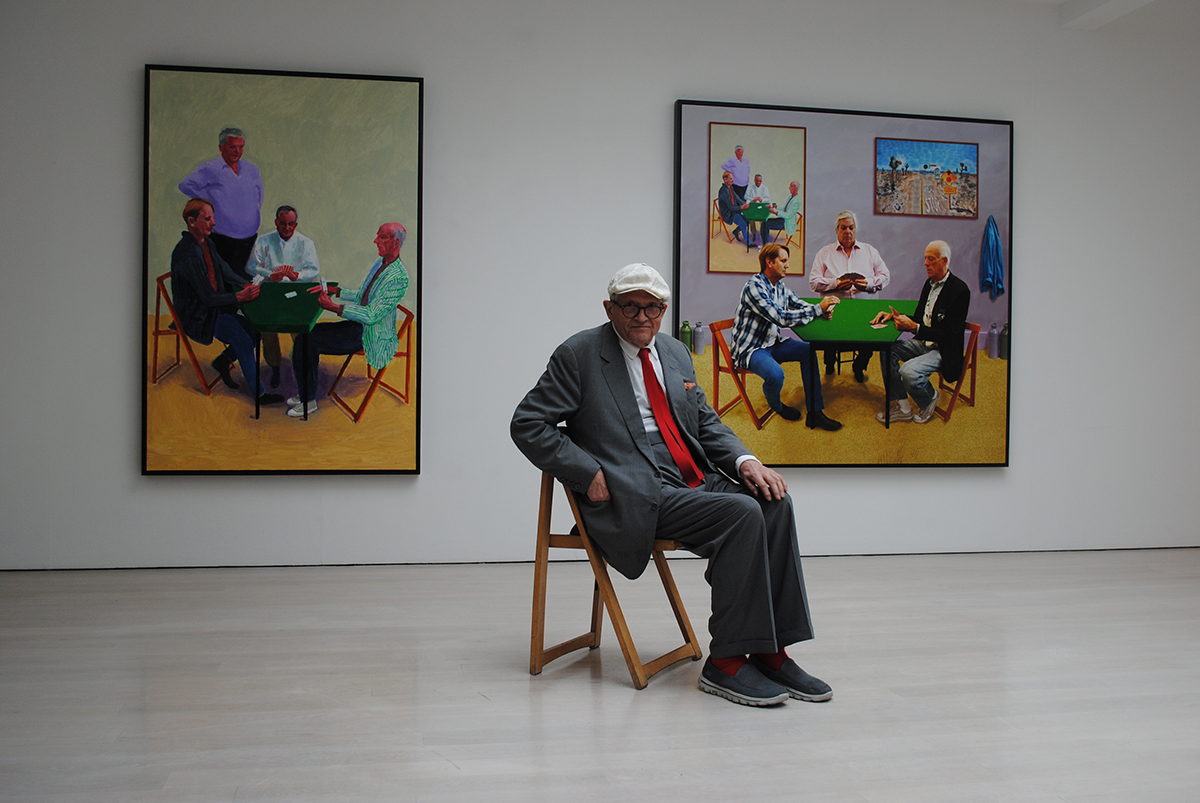 David Hockney’s ‘Portrait of an Artist (Pool with Two Figures)’ took only nine minutes of heated bidding – at Christie’s in November – to smash the previous record for a living artist held by Jeff Koons’s ‘Balloon Dog (Orange)’, a work which sold for a staggering $58.4m in 2013. One of the artist’s best-known swimming pool paintings sold for $90.3m (£70.3m), painted in 1972, it depicts Hockney’s former lover and muse, Peter Schlesinger. Many believe that the swimmer in Hockney’s painting may well be Schlesinger’s new lover. Talk about making a splash. 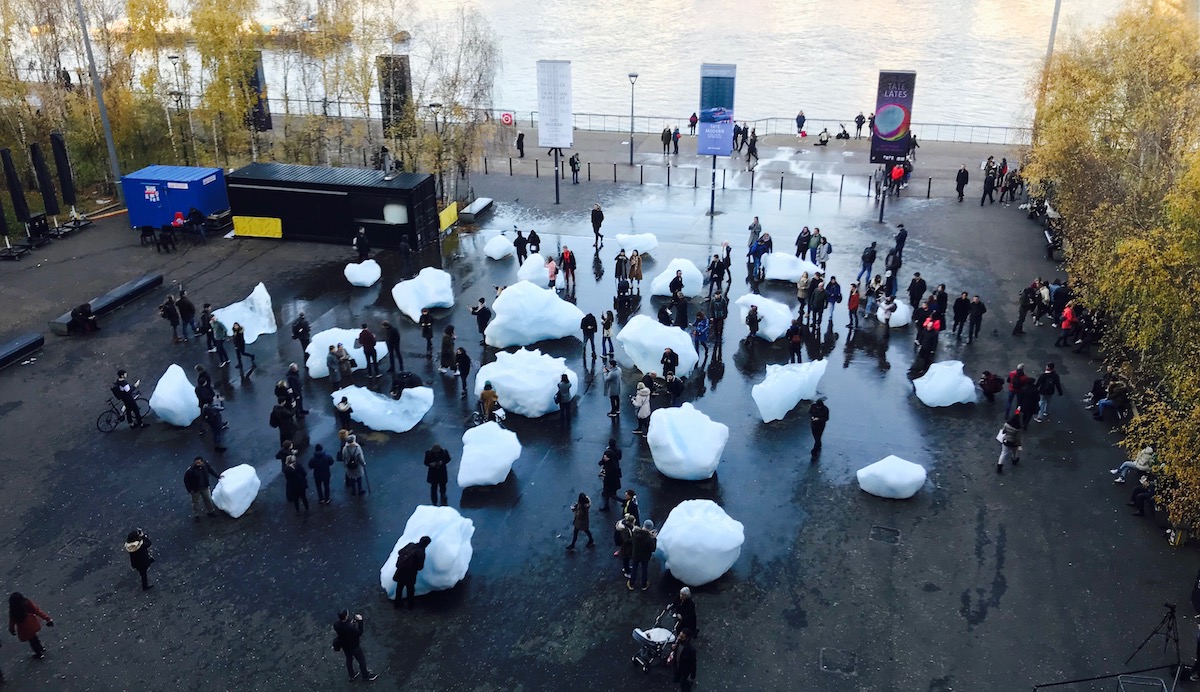 Finally Artlyst was on hand to witness the highly anticipated launch of ‘Ice Watch’, Olafur Eliasson’s global installation project that was unveiled at Tate Modern and at Bloomberg’s European headquarters earlier in December. The work was first installed in Copenhagen in 2014, and then again staged in 2015 at the Place du Panthéon, in Paris, during the COP21, where the Paris Accord was agreed. The icy installation highlights the long-ignored consequences of global climate change. Perhaps the next installation of this work should take place on the White House lawn?