Cumbria is an idyllic landscape where rugged mountains meet sparkling lakes. It has a history steeped in art and literature. William Wordsworth, JMW Turner, John Ruskin, Beatrix Potter, Kurt Schwitters and Andy Goldsworthy have all found inspiration here. In addition, it is no wonder it was the centre for the British Arts and Crafts movement. This summer Kendal is hosting major exhibitions featuring Elisabeth Frink, Paula Rego and Rebecca Scott.

Abbot Hall Art Gallery in Kendal is situated in a Grade I listed villa that offers two floors of light-filled spaces. If you’ve never visited before, this summer is a perfect opportunity as the galleries are filled with great historic and contemporary art.

In the upper floor, there is a major exhibition of work by emotive sculptor Dame Elisabeth Frink – Fragility and Power – a quarter of a century after her death and the first large-scale show of Frink’s work in the North West for several years. The exhibition features bronze sculpture, maquettes, and works on paper made throughout the artist’s career while also investigating her personal experiences and influences. One of the most exciting sculptors of the twentieth century, Frink (born Suffolk 1930, died in Dorset 1993) ignored commercial fashions, creating works that combine the fragile nature of humanity with its power.

Kerri Offord, Lakeland Arts’ Head of Curatorial said: “Frink was uncompromising in her creative output, creating exciting and emotive works that were both autobiographical and politically charged. Her individual style and unique subjects bucked the main trends of the twentieth century, and yet her work was always in style.”

Two large works Walking, Madonna, 1981 and Riace lll, 1986, are displayed in the Georgian entrance hall and ground floor galleries at Abbot Hall. The first gallery displays work by those who influenced and inspired Frink as a young art student in London. Works by Barbara Hepworth, Robert Clatworthy, Kenneth Armitage, Lynn Chadwick, Reg Butler, among others, are on show. Two further galleries explore Frink’s thematic approach to her work. The walking men, the men hanging on gliders, large heads, heads with goggles, birds, horses, dogs and other animals are all present.

The influence of Rodin and Giacometti is felt. Both are acknowledged sources of Frink’s work. Another is also present. Eduardo Paolozzi’s powerful heads could be seen as companion pieces to Frink’s large heads.

The exhibition is presented in collaboration with The Ingram Collection. There will also be a number of works on loan from private collectors that have never been seen in public. 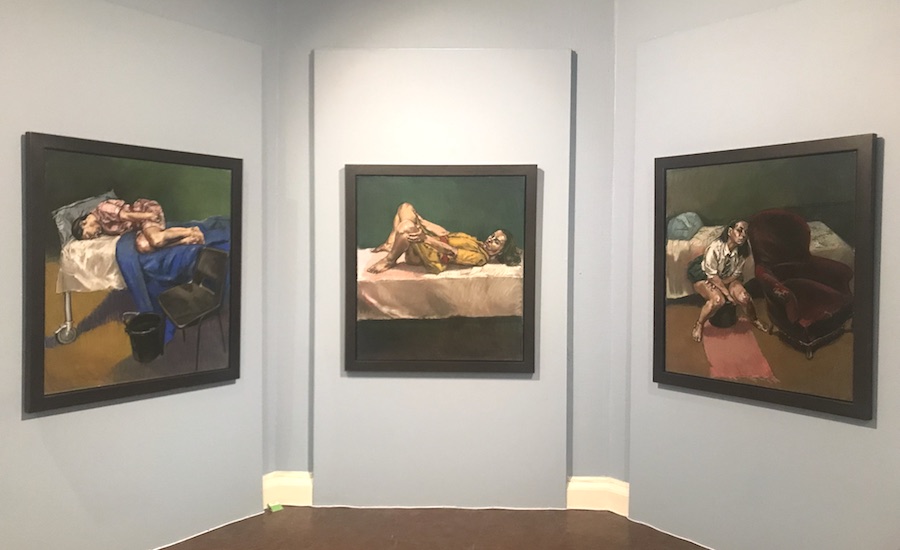 The show is dedicated to female Royal Academicians in the gallery’s collection and celebrates a century since the Representation of the People Act 1918, which allowed women to vote for the first time in Britain. Highlighting gender discrimination in the art world, the display includes works by Eileen Agar, Elizabeth Blackadder, Mary Fedden, Sheila Fell, Helen Frankenthaler, Angelica Kauffman, Ann Redpath, Paula Rego and Alison Wilding.

Also on show at Abbot Hall is a display of work by German artists Hilde Goldschmidt and Kurt Schwitters who came to the Lake District during the Second World War.

Hilde Goldschmidt was a successful Expressionist artist and Kurt Schwitters is today recognised as one of the most influential artists of the twentieth century. Considered by many to be the first multimedia artist, working in paint, collage, poetry and installations, Schwitters was seen by the Nazi’s to be a ‘Degenerate’ artist.

Goldschmidt and Schwitters met in the Lake District and inspired each other to continue and grow their practice in Cumbria. 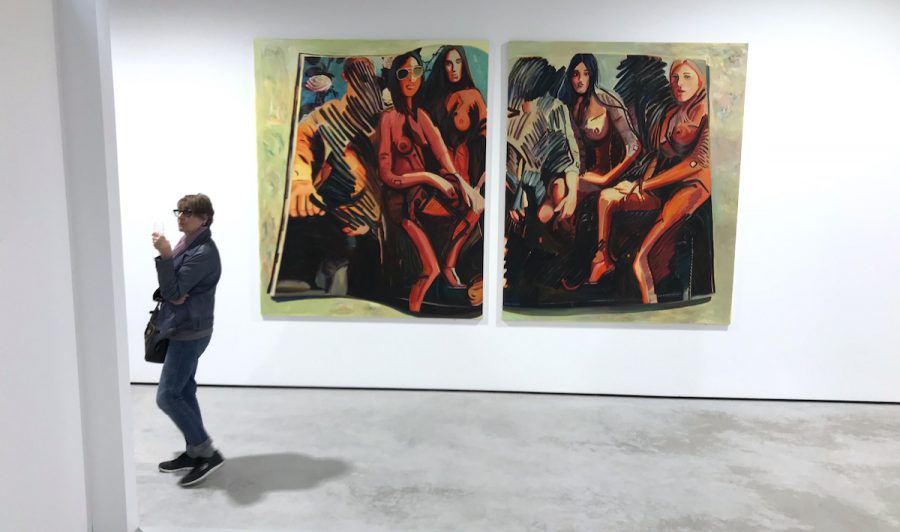 Nearby a new art space, Cross Lane Projects, has just launched with the dynamic pairing of Paula Rego and Rebecca Scott in ‘Female Trouble’. Both artists feature strong feminine narratives dealing with issues of dispute and subversion. Rego is represented with a series of incredible etchings crafted and produced in collaboration with Paupers Press. The disturbing images of terror and violence reveal complex stories about the sinister side of sexuality. While Rebecca Scott, who co-curated the exhibition alongside Vanya Balogh, proves herself a worthy companion with her strong colourful paintings that re-examine public images of women with images sourced from glossy magazines and deliberately overwriting them to expose the hypocrisies of so-called sexual freedom.

“Both artists bravely thread on the ambivalent ground of fear, instinct, eroticism and seduction whilst exposing a hidden world of secret lies and veiled truths,” says Vanya Balogh.

The space is cleverly arranged with Rego’s prints placed in an inner intimate room complete with Lloyd Loom chair and lamp which further highlights the unsettling subject matter, with Scott’s paintings dominating the surrounding walls.

Cross Lane Projects is founded by Cumbria born artist Rebecca Scott and her husband Mark Woods, a sculptor. The pair has established Cross Lane Projects with the aim of bringing new contemporary art and debate to Cumbria and will present a curated programme featuring the work of local, international and British artists. The space will present a regularly changing programme of two exhibitions of contemporary art each year, accompanied by public talks and discussion events.