This commemorative exhibition in a black concrete box on A Coruña harbour marks the career of photographer Peter Lindbergh. Self-curated, the vast pictures are displayed end to end in this new gallery space remodelled from a former industrial space.

Indeed, these fashion shots do not feel exploitative – JCM

To coincide with the exhibition, architect Elsa Urquijo has repurposed a concrete silo, which is now used for a cafe and shop. Executed with an attention to detail its Brutalist architectural body is breathtaking. The opening was achieved with an unbelievably tight schedule, one month. The attention to finishes helps – even the invisible black toilets with the black towel to be deposited in the black bin is thought out. 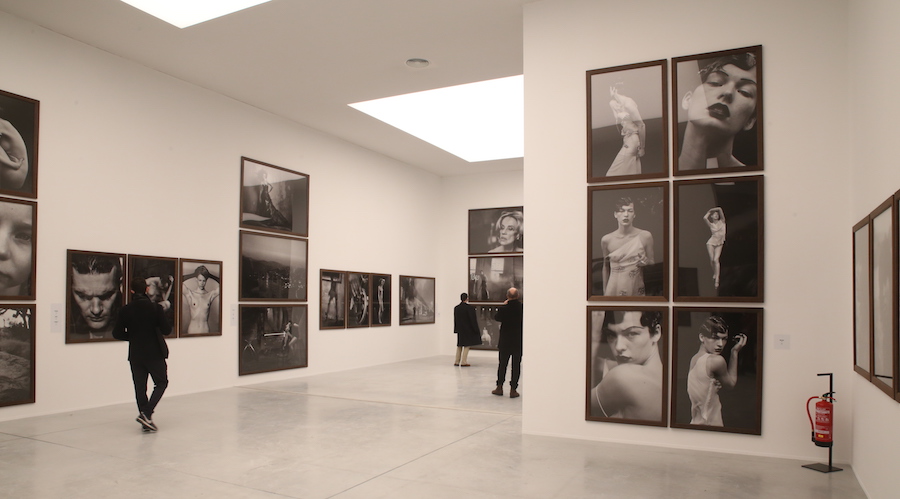 This matt black modernist cube on the edge of the water is an outstanding setting for Lindbergh’s self-selected body of work. It complements the aesthetic of these large, cinematic pieces with their out-of-focus charm, their use of blur and light to bring out character and personality in what are fashion shoots.

Indeed, these fashion shots do not feel exploitative. The clothes recede into the background narrative of the picture and the models emerge like actors. Their beauty appears revealed rather than enhanced with artificial props. The pictures are not storyboarded to death, the accidental beauty is captured, there is a softness of approach encoded in these photos, which quietly continue traditions of art photography from much earlier generations.

Alfred Stieglitz or an interpreted vision of his is everywhere here. His famous quote, ‘I go out into the world with my camera and come across something that excites me emotionally, spiritually or aesthetically. I see the image in my mind’s eye. I make the photograph and print it as the equivalent of what I saw and felt.’ It’s made its way into fashion, not easy with the commercial demands of the medium. Stieglitz is here in Lindbergh trying to find a moment of softness. It’s not unusual for high fashion to demand cinematic narratives – such as the sequence on the heist, but there’s a softness in these works that goes against the authority of the plot.

My favourite pieces are the ones that are the most accidental. Where two faces merge into one and a mysterious compound emerges. Where the abstract forces of the photograph merge. I like Lindbergh in this half-hidden half-seen territory where the faeries are pushing through the celluloid. It’s a romantic view, realised through photographic paper and light-sensitive cells, with the material presence of the medium. Not glossy, matt. The luxury of looking at the paper itself bearing witness to the wonder of the moment, which, however, staged, is actually an accidental moment. No amount of planning can take that away and Lindbergh’s work looks for the shot that expresses this. 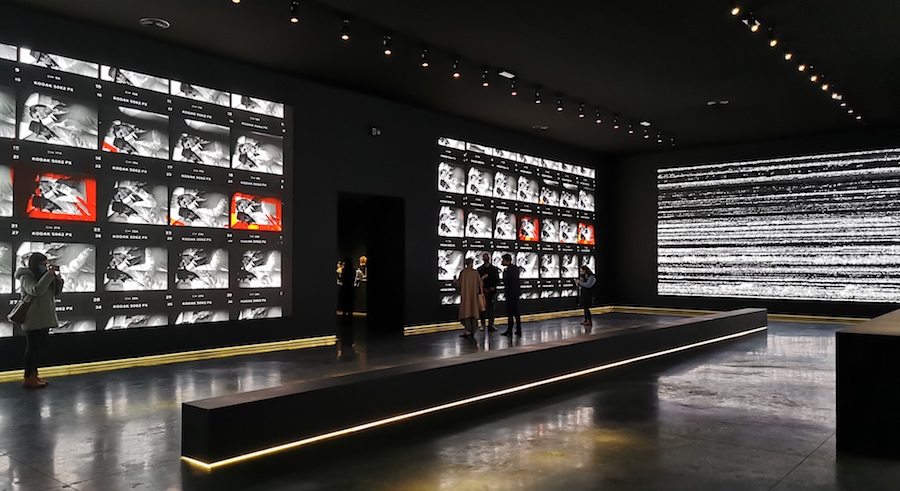 But why are we here? Really because Lindbergh was the first to shoot the original supermodels, the first to shoot the Pirelli Calendar three times and the first to get behind a camera for Anna Wintour’s US Vogue cover. Fashion landmarks. Because he managed to keep the photographer in view despite the seduction of fashion’s glitzy commerce, his work was off-trend against a culture of retouching and polish, which continues, powered by Adobe Photoshop and other miraculous software to push finish over emotion.

Lindbergh’s dark aesthetic also suited the mood of the time. His nihilism accompanied a broader desire to be depicted on the edge of things, in the harsh city that suited those who wanted to be taken seriously, who wanted to be in Film Noir who felt 1930s America had not ended, who wanted to kick back against flower power and psychedelia. For this, the aesthetic of neo-realism was essential.