To celebrate the 200th anniversary of the birth of Queen Victoria, a special exhibition, ‘Queen Victoria’s Palace’ is launched at this year’s Summer Opening of Buckingham Palace (20 July – 29 September 2019). The display will tell the story of how the young monarch turned an unloved royal residence into the centre of the social, cultural and official life of the country.

Through objects from the Royal Collection and an immersive experience in the Palace’s Ballroom, visitors will learn how Victoria made Buckingham Palace what it remains today – the headquarters of the Monarchy, a rallying point for national celebrations and a family home. 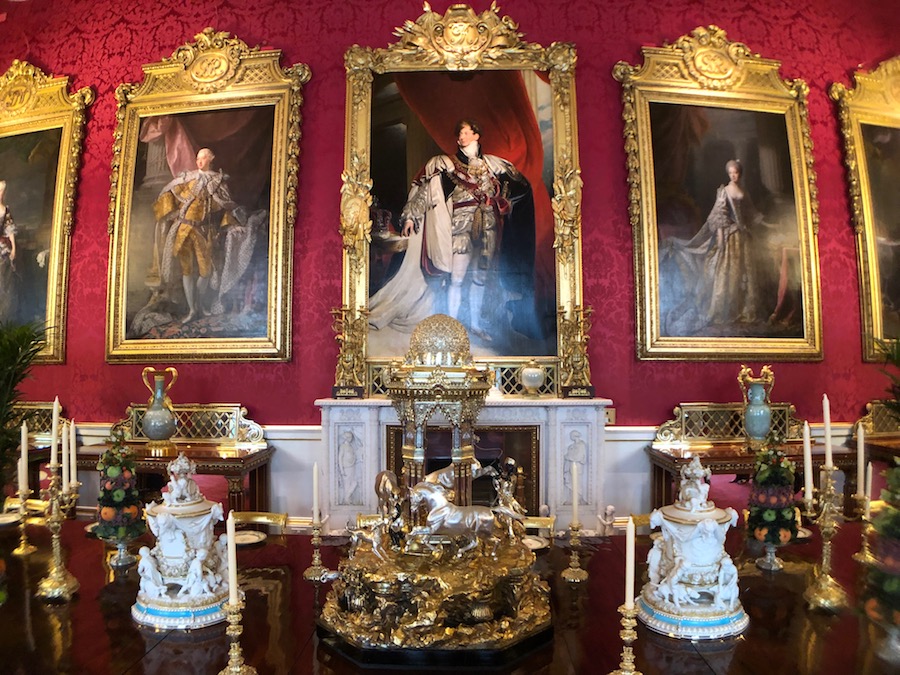 Queen Victoria ascended to the throne on 20 June 1837, aged 18. Just three weeks into her reign, she moved into Buckingham Palace, despite the building being incomplete and many of the rooms undecorated and unfurnished. The Palace had been empty for seven years following the death of Victoria’s uncle, George IV, who had commissioned at great expense the conversion of Buckingham House into a Palace to the designs of John Nash. The King never occupied the Palace, and his successor, William IV, preferred to live at Clarence House during his short reign. The Queen’s ministers advised her to stay at Kensington Palace, her childhood home until Buckingham Palace could be brought up to a suitable standard, but Victoria wanted to move immediately and begin her new life.

Thomas Sully’s portrait, painted soon after Victoria moved to Buckingham Palace, provides one of the most striking early likenesses of the young Queen, who is shown wearing the Diamond Diadem made for George IV. Victoria sat for the portrait on three separate occasions, and the artist recorded that she laughed and talked, ‘a happy, innocent girl of Eighteen’.

Victoria ordered a new set of personal insignia for each of the six British Orders of Chivalry. As can be seen, by her Star and Collar of the Order of the Bath, these were considerably lighter and longer than previous versions, so they could be worn just below the shoulders to complement the necklines of her formal dresses. 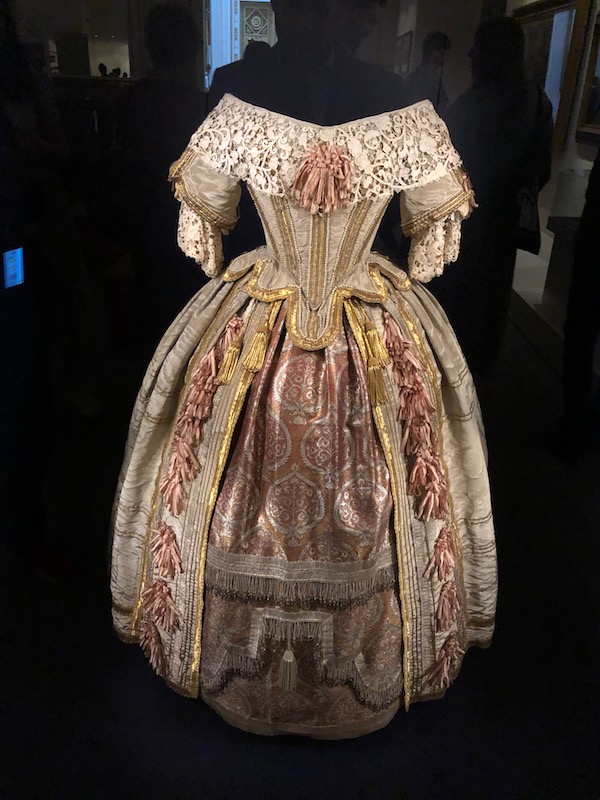 Victoria married her first cousin, Prince Albert of Saxe-Coburg and Gotha, on 10 February 1840. Over the next 17 years, they had nine children, eight of whom were born at Buckingham Palace. As early as 1845 it was clear that Buckingham Palace was no longer large enough to accommodate the royal couple’s rapidly expanding family. On 10 February that year, Victoria wrote a letter to the Prime Minister, Sir Robert Peel, concerning ‘the urgent necessity of doing something to Buckingham Palace’ and ‘the total want of accommodation for our growing little family’. On 13 August 1846, Parliament granted Victoria £20,000 for the completion and extension of Buckingham Palace. Additional funds were raised from the sale of George IV’s seaside retreat, the Royal Pavilion, to Brighton Corporation for £50,000.

In 1847 the architect Edward Blore was commissioned to draw up plans for alterations to Buckingham Palace. Between 1847 and 1849, the East Wing was added at the front, enclosing what had previously been an open, horseshoe-shaped courtyard and introducing the famous central balcony. Shortly afterwards a new Ballroom was added to the State Rooms to the designs of the architect James Pennethorne, fulfilling Victoria’s wish for a space ‘capable of containing a larger number of those persons whom the Queen has to invite in the course of the season to balls, concerts etc. than any of the present apartments can hold.’ The writer John Ruskin had witnessed the shortcomings of the Palace’s other rooms for entertaining, describing an occasion at Court as ‘the most awkward crush…with the ruins of ladies dresses, torn lace and fallen flowers’.

During their time together at Buckingham Palace, Queen Victoria and Prince Albert held three magnificent ‘themed’ costume balls. These occasions were both celebrations of British history and a showcase for the country’s textile industry. Guests were encouraged to commission elaborate costumes to give work to the Spitalfield silk weavers, whose business was in sharp decline.

The Stuart Ball of 13 July 1851 had as its theme the Restoration period, with guests dressed in the style of Charles II’s Court. Queen Victoria’s costume for the Stuart Ball, designed by the artist Eugène Lami, has a bodice and full skirt of grey moiré trimmed with gold lace and an underskirt of gold and silver brocade. The Queen wrote a detailed account of the occasion in her Journal and commented: ‘I was so proud and pleased to see my beloved Albert looking so handsome, truly royal and distinguished, and so much admired. I must say our costumes were beautifully made.’ She illustrated her Journal entry with a sketch of herself and Prince Albert with Prince Charles Leiningen (Victoria’s half-brother) in their Restoration outfits. 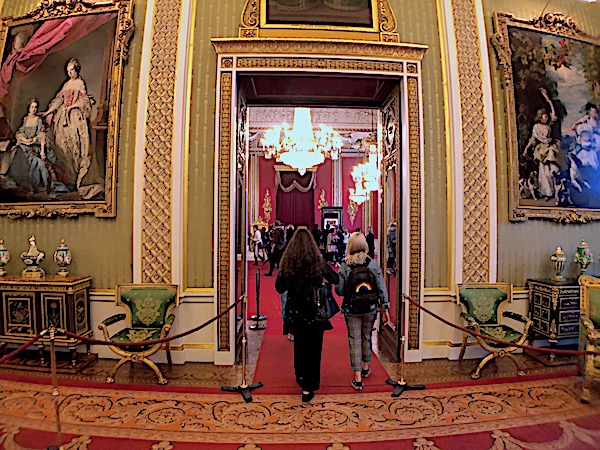 The Ballroom was inaugurated in May 1856, followed shortly by a Ball in June to mark the end of the Crimean War and to honour the returning soldiers. A watercolour by Louis Haghe, one of many views of Buckingham Palace commissioned by Queen Victoria and Prince Albert to document their lives, is the only surviving record of the Ballroom’s original Italian Renaissance-inspired decoration devised by Prince Albert’s artistic mentor, Ludwig Gruner. Of the evening, Queen Victoria noted in her Journal: ‘Albert, even, who generally dislikes State Balls, enjoyed it, and I could have stayed up till 4, I am sure.’

A waltz danced at the Crimean Ball and the Ballroom’s original decorative scheme will be recreated as part of the exhibition. A Victorian illusion technique, known as Pepper’s Ghost, and projections around the room will enable visitors to imagine the Ballroom as Victoria and Albert would have known it.

Don’t miss Frances Segelman’s wonderful bronze sculptures of the Queen and Prince Philip. They are located just at the entrance to the stairs up to the staterooms so everyone passes by them whether you are a dignitary or a visitor.

Another highlight is the Picture Gallery at Buckingham Palace. It was designed by architect John Nash as part of George IV’s transformation in the 1820s. It has one of only 34 paintings by Vermeer, a Rembrandt and of course work by Rubens and ­Frans Hals.

Queen Victoria’s Palace, curated by the historian and biographer Dr Amanda Foreman and Lucy Peter, Assistant Curator of Paintings, Royal Collection Trust, is part of a visit to the Summer Opening of the State Rooms at Buckingham Palace, 20 July – 29 September 2019. – Adult  £25.00