Rachel Howard’s Suicide Paintings/drawings were first shown at the Bohen Foundation in NY, in 2007 and the following year at London’s Haunch of Venison gallery. Left shocked and devastated by the suicide of an acquaintance who was found kneeling in an almost prayer-like position, suicide was, she realised, one of the last taboos.

Why do I write all about suicide and mad people? – Virginia Woolf

Research has shown that there are a number of gender differences. While males are more likely to succeed in taking their own lives and to use more violent methods, women are three times more likely to attempt suicide than men.

Female ‘hysteria’ has a long history. Centuries before Freud – who considered its driving force to be repressed sexual aggression – ‘inappropriate’ sexual desire, frigidity, fainting and shortness of breath were all considered symptoms. From the ancient Egyptians to the Greeks who believed the female uterus was a living creature that wandered – no doubt, hobbit-like – throughout the female body ‘blocking passages, obstructing breathing and causing disease’, via Hippocrates who thought a woman’s ‘semen’ turned venomous if not released through regular marital climax, women’s sexual, emotional and psychological health has been defined by men. 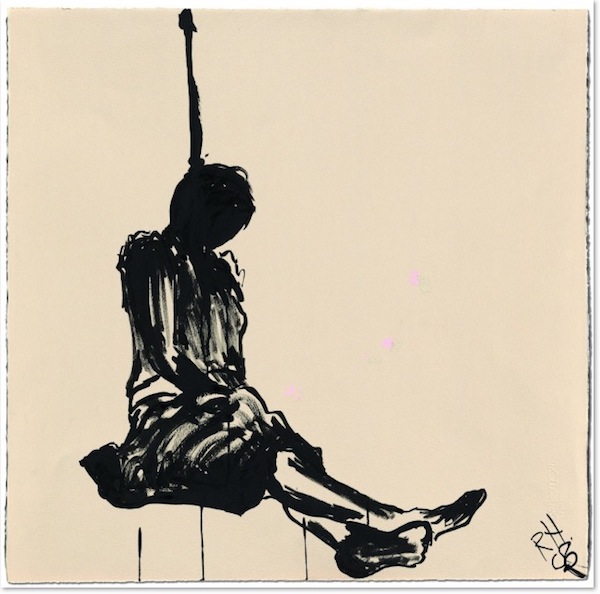 In the last century, suffragettes who didn’t accept the patriarchal status quo were imprisoned and forcibly fed till their mental and physical resistance was broken down. While, well into the 20th century, a man – however obnoxious, violent and drunken – had a legal right to lock away his perfectly sane wife or daughter in a mental asylum. It was not until the 1970s that the writings of post-structural feminists such as Hélène Cixous, Luce Irigaray and Julia Kristeva that female desire and consciousness was linked to language, tied to and coloured by how we communicate as a society. In the 1950s and 60s clinicians were still taught that women suffered from penis envy, were morally inferior to men, dependent and passive. Young physicians were instructed that women had a tendency to be child-like, manipulative, smothering, and driven by their hormones, rather than, as so often, being the subjects of domestic abuse or post-partum depression.

Breaking the social mores about depression and self-destruction became a theme of 20th-century women’s writing. Some thirty years before her death by self-drowning, Virginia Woolf was asking in her marginalia, ‘Why do I write all about suicide and mad people?’ While, in her only novel The Bell Jar, written in 1963, Sylvia Plath confessed ‘It was as if what I wanted to kill wasn’t in that skin or the thin blue pulse that jumped under my thumb, but somewhere else, deeper, more secret, and a whole lot harder to get’. Dorothy Parker wrote graphically in one of her autobiographical short stories: ‘She pounced upon all the accounts of suicides in the newspapers. There was an epidemic of self-killings — or maybe it was just that she searched for the stories of them so eagerly that she found many’.

When the poet Anne Sexton ended her life, her fellow poet Adrienne Rich called her suicide a feminist issue, suggesting that ‘poetry is a guide to the ruins, from which we learn what women have lived and what we must refuse to live any longer. Her death is an arrest: In its moment we have all been held, momentarily, in the grip of a policeman who tells us we are guilty of being female, and powerless.’ Powerless is what women have mostly felt throughout history.

Of course, it hasn’t only been writers who have killed themselves. Invisible, everyday woman with unwanted pregnancies and abusive partners, those who face homelessness have been pushed to the brink to take their own lives. Even the brilliant, the rich and the beautiful have often not been helped by a patriarchal psychiatric institution. Marylin Monroe, Margaux Hemingway and Jean Seaberg – ‘successful’ women – did not feel good enough behind their gilded masks to live up to the expectations of ‘perfection’ in a male-dominated society. According to the writer and physician, Phillis Chester, in her book Women and Madness, 1972, these judgements amounted to ‘a form of psychiatric imperialism’. No diagnostic categories existed for male sex predators or paedophiles. As Donald Trump still likes to exemplify: ‘boys will be boys’ so that grabbing a woman by the ‘pussy’ is normalised as laddish rather than gross pathological behaviour.

As the late 20th century continued, feminists such as Suzy Orbach and Kim Chernin saw much of women’s distress through a prism of eating disorders. In contrast, 21st-century social media has exacerbated the demands on young girls to be thin, seductive and sexy, even before they reach puberty. Facebook is more likely to encourage them to change their bodies than to change the world. Bullied, often to the point of despair, many teenage girls have been shamed into ending their lives.

Whilst the subject of women and ‘madness’ has been dealt with extensively in literature, it has been less visited in the visual arts. In the early 2000s, Rachel Howard made a hard-hitting series of Indian ink drawings. Trawling through the internet, forensic magazines and sites dealing with suicide, she found that women used a variety of methods: rope, scissors, a ladder. In one of her drawings, an anonymous victim lies draped across a bed in a lonely room after an implied overdose, recalling the erotic violence of Walter Sickert. In another of her most potent images, a faceless, silhouetted figure hangs lifeless as a doll, from a noose. In her anonymity, she has become a universal signifier of the inner despair felt by so many women who never actually go on to commit suicide. Slumped against a bleak background, she’s drained of individuality. On the verge of slipping from the picture frame and reminding us that we, too, will soon put her out of sight and out of mind as one of society’s discards. Any minute she will disappear, to become no more than a footnote, a smudged trace like the irradiated victims of Hiroshima. Howard’s stark black ink lines bleed into the paper losing their figurative distinction like an act of self-erasure.

Culture has always maintained the illusion of the sacred female over the profane and ‘the purity of the categories that define sexuality as ‘normal’ as opposed to ‘deviant’. Yet Rachel Howard does not shy away from the eroticism of violence, its beauty, fetishism and erotomania. In her raw, quickly executed calligraphic marks, she poses questions about what it means to be human. To think, feel, desire, and what it takes for the psyche to breakdown and reach a point where, as T.S Eliot says: ‘Humankind cannot bear too much reality’.

In Suicide and the Soul, James Hillman writes that: ‘we are…ultimately what we become, what we are in death. In one sense, death is more real than birth in that all beginnings are behind us.’ Besides being an object, the body is also the site and container of our experience and internal sense of reality. It is this that Rachel Howard’s fiercely simple drawings subtly reveal. The body as memory, the body as our individual story and the complexity behind the despairing act of suicide that, even nearly twenty years after her first investigations, remains largely a heart-breaking taboo.