The London original Print Fair at the Royal Academy is upon us once again, opening this Wednesday to a huge fanfare, one can usually expect to covet a Kandinsky or desire a Delacroix. However, attendees, this year should be prepared to be fascinated by a film. Palmer and Me, a documentary charting the responses of 17 contemporary artists to the etchings of Samuel Palmer is the latest in an ongoing collaboration between renowned film-maker Mike Southon and Eames Fine Art.

“As we became familiar with Palmer’s later etchings, we bit our plates deeper” – Graham Sutherland

As the documentary explains, Samuel Palmer (1805 – 1881), is often hailed as an ‘Artist’s Artist’; indeed when asked about their inspiration, many printmakers will list Palmer amongst their most influential and inspiring forerunners.  His etchings hang in prestigious print collections worldwide and his mastery of the etching process impresses anyone with an eye for the medium.  They are great works of art despite their very small size, and the amount of detail and light Palmer includes in such tight and precise compositions is incredible. Palmer was a key figure in Romanticism in Britain. His visionary pastoral scenes were a hugely significant contribution to the landscape tradition in the 19th Century. Eames Fine Art was fortunate to source a collection of all 17 of the etchings Palmer completed or started during his lifetime and asked 17 contemporary artists to each creates a print in response to one of the works. Each artist was invited to borrow one of the works and to produce a new work of their own in response to the etching.

Samuel Palmer was born and raised in Bermondsey just a short walk from our gallery. We wanted to find a way to make Palmer’s work more accessible to a new audience. So we thought it would be interesting if we asked some contemporary artists to make a response in their own pictorial language. We often talk about how influential past artists are on contemporary printmakers; with this project, we’ve been able to actually demonstrate that.  – Vincent Eames, Director Eames Fine Art

The results of the varied works offer us a fascinating insight into what artists see, love and admire in Palmer’s work, but have also shown to be a very interesting examination of the way different artists approach a similar brief. Mike Southon’s film explores the varied responses to this collection of Palmer etchings and reveals how artists working in disparate styles can see something different in the same works, and glean importance in Palmer’s work which in turn shapes their own. The fruits of their labour can be seen at Eames Fine Art, stand  24,  where all 17 of the contemporary responses seen in the film will be on display. 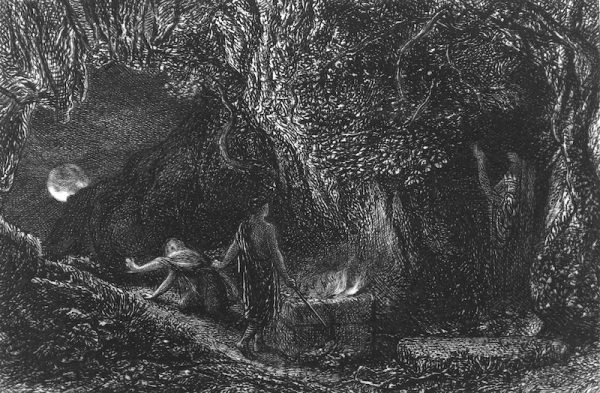 Palmer has persistently inspired many artists over the decades. He influenced early modernists in 1920’s Britain such as Graham Sutherland at a time when intensely worked and reworked etchings like those of Samuel Palmer were generally out of fashion. However for Sutherland Palmers working method had an artistic integrity all of its own. “As we became familiar with Palmer’s later etchings, we bit our plates deeper. We had always been warned against overbeating. But we did overbite and we burnished our way through innumerable states quite unrepentant at the way we punished and maltreated the copper.” – Graham Sutherland
However, Samuel Palmer has not only inspired great artists but also great forgers. My local childhood hero and the most important British forger of the 20th Century, Tom Keating (1917-1984), was a true Londoner born in the borough of Lewisham. He made a particular speciality out of producing forged watercolours by Samuel Palmer and fine oil paintings by Dutch, Flemish, English and French old masters. Born into poverty, he failed to achieve any real fame in the art world and felt shunned and turned to faking to prove his talent. The loveable rogue was a remarkable forget who certainly showed up the ‘experts’ with his “Sexton Blakes”, as Keating liked to call this fakes. Keating saw the art world and in particular the gallery system as ‘utterly rotten.’ He avenged himself by producing art forgeries in a prolific career until 1979 when he was arrested after the sale of a series of fake Samuel Palmer landscapes was exposed by the journalist Geraldine Norman, then saleroom correspondent of the Times. The ensuing scandal (this really being the biggest British art scandal of the 1970’s  -not Carl Andre’s brick’s) dragged on for months amid a flurry of articles, letters and accusations being printed in the Times newspaper. Even the artist, Graham Sutherland, by then a pillar of the British art establishment felt compelled to write to The Times concerning the matter. 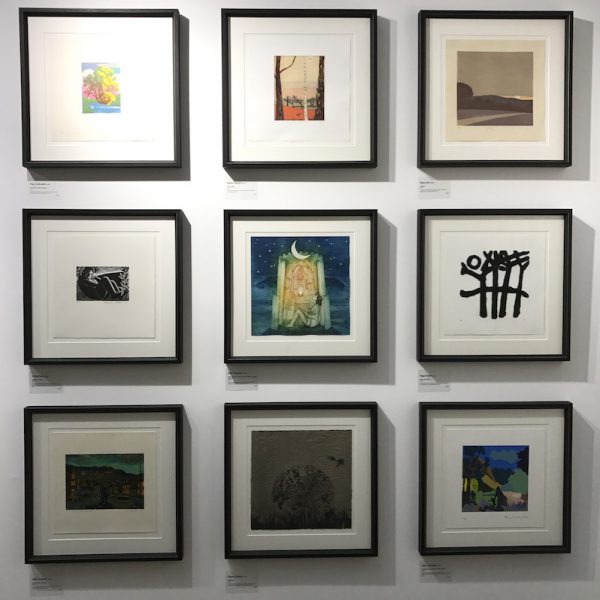 Keating’s sensational trial was the object of intense media interest at which the jury heard of telegrams brought by camel, carrier bags stuffed with cash, and art experts being duped. He naturally pleaded not guilty. The case was officially dropped because of his poor health although many believe it was due to the fear that if he took the witness stand a handful of eminent English aristocrats faced jail from their complicity. After the trial, Keating himself emerged from the courtroom a national celebrity going on to write his autobiography, The Fake’s Progress, and being given his own TV series on Channel 4.

So please attend the screening of Mike Southon’s very timely Film, Palmer and Me at this year’s London Original Print Fair for it highlights one of the most magical and beguiling aspects of art which is so much of about how the work perceived by the viewer and what importance the viewer invokes from the experience. Then afterwards you will be fore-armed to take an informed walk around this year’s fair for whether your passion is for print, paint, film or fraud Samuel Palmer has inspired them all. 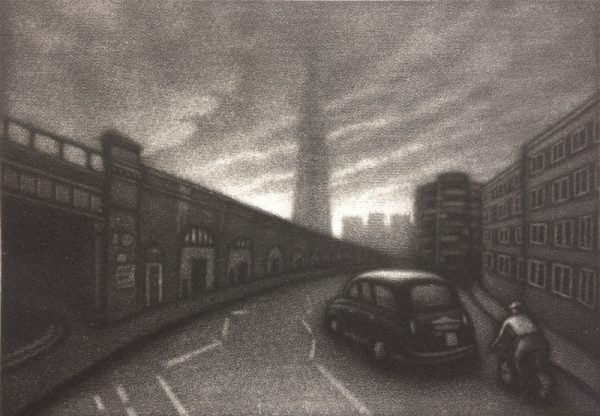