Stuart Semple is one of the most energetic artist, curator, and inventors living in the UK today. Over the last two decades, he has built up a diverse and challenging body of work across multiple disciplines. His mantra that, “Art is neither an object nor an activity but rather an experience that exists in the space between an artist’s intention and the participant” has kept his work energetic and connected. This affords Semple the opportunity to play across a variety of devices; from internet performance, code, painting, drawing, printmaking, sculpture, popup stores, public art, happenings, broadcasting, culture jamming, even chemical paint formulas. From challenging Anish Kapoor’s Black 3.0 copyright to co-founding VOMA.space, one of the first (and best) online only museums. Stuart Semple is one to inspire the next generation of artists. His latest project is a massive art gallery ‘GIANT’ located in central Bournemouth. Artlyst caught up with him for this exclusive interview. 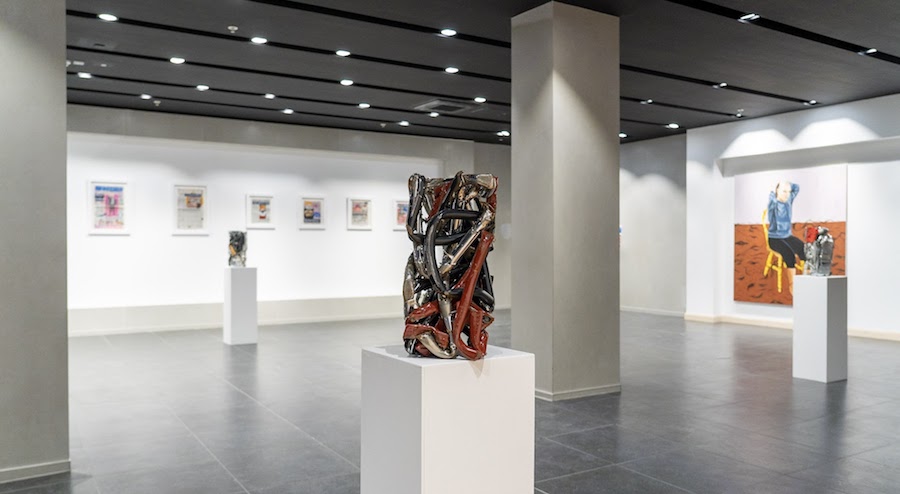 GIANT is a new artist-run space in Bournemouth

PCR) Tell me about your new gallery

Stuart Semple: Well, I grew up in Bournemouth and I moved back here about seven years ago, after a decade in Shoreditch. When I was a kid, there was a guy in the town centre who dressed up like Elvis and he used to walk around with a placard on him that said “the end of the world is neigh”, and he was advertising a surf shop. I think he died. And then…there was this other guy who dressed up like Charley Chaplin, and he would harass you to donate money to ‘help the children, folks’ – but it turned out he was just pocketing the cash! It was a huge scandal, so he’s not in town anymore. Since then, there’s really been no culture, nothing to see. So, with the space, all l I want to do with it is to bring artists I believe in here, and share some genuine culture with the town. Bournemouth is literally ground zero for that, which was novel for the first couple of years, but now it just breaks my heart. The gallery is called GIANT because I couldn’t come up with a better word before Josh & Jamie made the sign, and the assistants in my studio help run it. I show work that I think is good, and I’m always trying to prove there’s such a thing as the avant-garde, so that’s part of it. I’ve always really admired the Fluxus artists and what they did, so it’s always in the back of my mind when we present something in public, that idea of a happening or a show as a kind of intervention. It’s a place where we curate shows and put artists and ideas together. Somewhere for audience and ideas and works to hang out opposite Primark.

Do you feel as an artist that many gallerists have lost the plot when it comes to curation and building a representative artist’s roster?

Stuart Semple: I don’t know; I think most gallerists are hanging in there and trying their best to keep artists going and keep shows happening. It’s not really their fault the world has moved, and they have to exhaust themselves with fairs whilst keeping their program back home alive. I think there are some really great galleries doing really great things. I totally believe in them. It’s a hard job; we need to encourage and support gallerists. Below the upper-echelons of the art gallery system, almost every single gallery is doing it for the love of the artists, the audience, and the work. I think there’s real passion there. A lot of the smaller galleries are doing interesting, critically tuned-in work. At the same time, there’s a load of junk, but they’re always is, and I love the contrast of that. 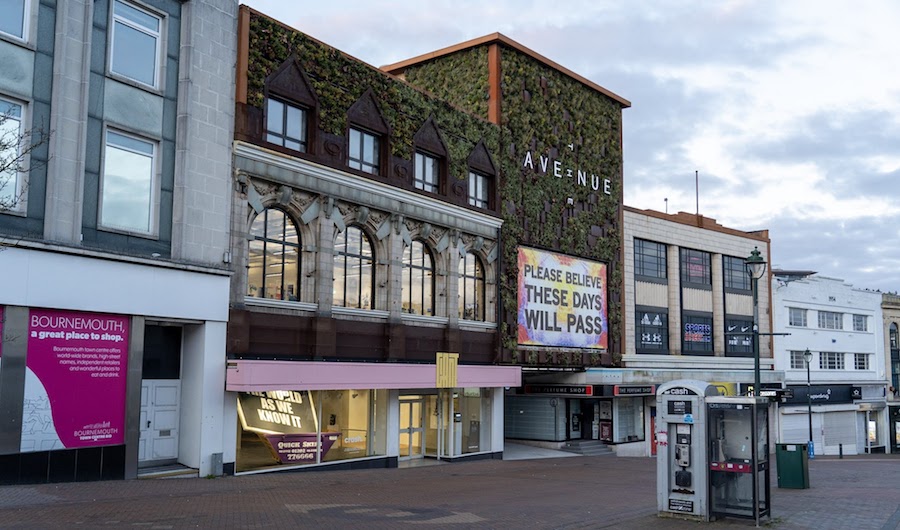 During times of social and political flux, is it the right time to open a gallery?

Stuart Semple: I think opening a gallery is a really bad idea at any time. I’d actively discourage it. It pretty much always ends in tears. We’ve seen Metro Pictures close last week, which says it all about how hard it is to do this stuff. It might be a good time to close a gallery. But it depends what you want to do – if the idea is to collide work with audiences in the physical, it’s still really the only way we have. With the death of the high street and everything, it could be a moment where artists can fit into the rejuvenation. I don’t mean that in the kind of urban regeneration or gentrification kind of way that I saw in Shoreditch a decade ago; I mean in a way that art and artists now meet the public for a proper dialogue.

Does creativity blossom in times of crisis?

Stuart Semple: think art about ‘crisis’ blossoms during a crisis. Crisis artists need a crisis to talk about. Overall, I don’t think so. Particularly with the pandemic and the lockdown and furlough in the UK, there’s a lot of people with a lot of spare time on their hands, which’s always dangerous.

How do we navigate through the COVID crisis to create a better, more democratic and supportive art eco-system (galleries, Museums, etc.)?

Stuart Semple: I think a lot is going on. We are going to come out of this into a new art world. A digital one and a decentralised one. And that is brilliant, that is to be celebrated. We see good art outside the capital cities at last. We know the public has a genuine interest, which goes beyond the eye-rolling tabloid reaction of the 90s and into something deeper, which is awesome to see. I think it’s all about valuing art and its contribution to society. I think we are starting to get our heads around the fact that art plays a vital role in how we feel and how we communicate and heal. I reckon it’s not long before a lot of this is demystified and art appreciation is normalised in a way that doesn’t dumb it down. I think the opportunity is now for museums and galleries to step up and be part of that process and assume a bit of responsibility for opening up a bit and relaxing the constraints on what is and isn’t, and who is and isn’t allowed in the space. That obviously extends to race and gender of artists but goes wider into realms of deep care for the audience and true meeting of newbies.

Obviously, 90% of what I make isn’t art anyone can own, it’s an experience or an action, or it’s given away for free in public, so there’s not so much of a place for me in the commercial gallery thing anymore. Saying that I’m excited about the public sphere – some of the museums and institutions around the world I’ve been collaborating with, even during lockdown, are all talking a very similar language about truly meeting audiences, public art, participation. How they can open and nurture real conversations. They are talking about mental health and experience making. It’s exciting. And this is global – from Toronto to NY to Hong Kong, all the museums are coming with the same language. 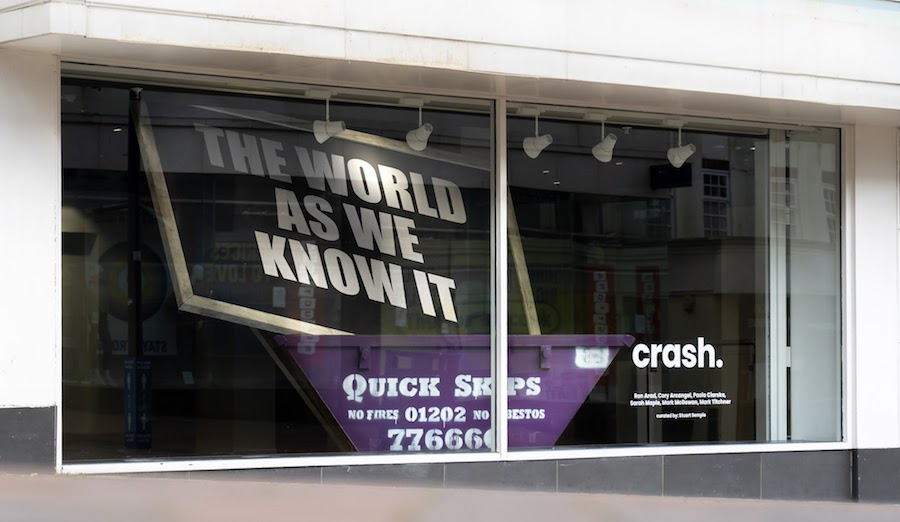 What is the the relationship between art, artists and economics?

Stuart Semple: I think it depends on the artist and the art and economics. You got someone selling a cat picture on the Bayswater railings; if they sell it, they get a KFC tonight. Then you got Beeple selling a bunch of pixels for 6 million – he’d better be having the time of his life off that. Is there any more or less merit in the work? We can talk all day about the price of something vs the value of something. It’s not a conversation I’m into. I like Cyndi Lauper, Lizards and Tom Sachs, so my opinion is just that, an opinion. I’m more into just being with the work. I can’t go super deep into this, but we are in late-stage capitalism, so you brush up against the finances with everything you do.

On the one hand, we have mega artists that can afford to fabricate giant shiny bean-shaped stuff and then others who are scratching around for charcoal. Those that can afford the fabricator dominate at the fair. We have collectors who don’t understand what they are buying a lot of the time. There’s a new wave of unhealthy speculation coming in on the back of digital, particularly NFTs. So, it’s a complex mix of stuff. Most artists I know are living way below the minimum wage; they face prejudice every day because they are an artist and they are trying to keep making their work. We published a white paper about this for which we spoke to a thousand artists and asked them about their finances and mental health – the economics for most is bleak!

Will running a gallery cut into your painting time?

Stuart Semple: I don’t think so; I’ve not been doing much Painting in the last few years. I’ve been way more focused on the happenings and installations and performance stuff. I do lots of things, from writing code to looking after my rare imported noodle shop…and I’m learning to uni-cycle. I still do a bit of painting most days. I’m not sure curating an art show is different from being an artist. It’s moving things from one place to another to try and create space for an experience in whoever happens to come across it.

Is art evolving to accommodate digital technology, i.e. what looks good on the web?

Stuart Semple: Yeah, people make stuff that looks good on Instagram, but there’s as much pretty baking as there is bad art. What’s happening in the art world has finally arrived in the digital, the pandemic has moved the goalposts, and now they are coming into the digital structure that was there. There’s no real new technology – even the blockchain NFT (I’ve been swapping art for crypto for at least four years!). But what’s happening is these existing technologies are being used more and more to either show or sell art. It doesn’t really feel like the kind of work that’s being made has changed at all. Digital artists are still making the same kind of digital work they’ve always made, and some of it is amazing. During the first lockdown, with my friend Lee Cavaliere, I founded VOMA.space, the world’s first solely online museum, and we are a couple of shows in now. There’s an evolution, but it’s not a night and day thing. It’s just we are shifting into a virtual way of being. I played Aero on the Oculus the other day and felt sick as a parrot, but it was good.