Here are Artlyst’s tips for the ten must-see exhibitions outside of the capital this year.  Tate Liverpool concentrates on 20th century modern masters with Egon Schiele paired with Francesca Woodman plus a Fernand Leger retrospective later in the year. Tate St Ives pays homage to local and British favourite abstract painter Patrick Heron while in Newcastle, the Laing Art Gallery has a tribute to abstract painter Sean Scully who made his mark while studying at Newcastle University. 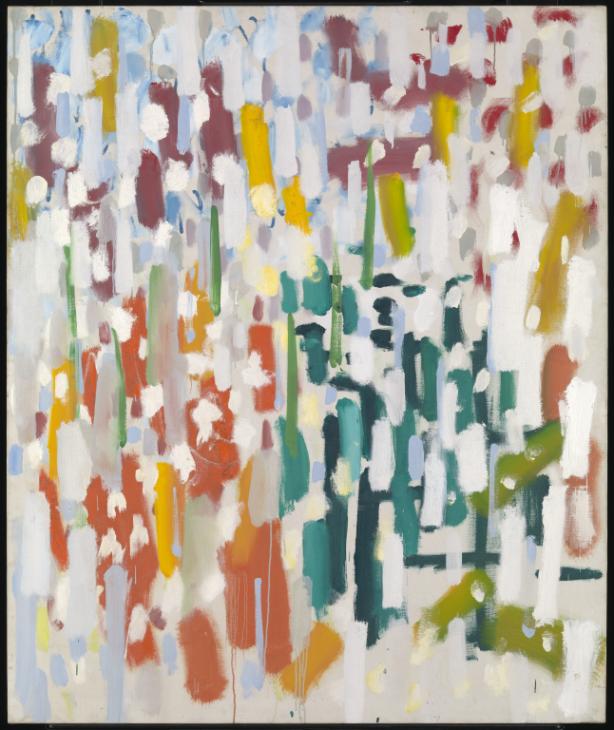 Celebrate one of Britain’s most acclaimed artists in this major retrospective of his work.

The exhibition will stretch from Heron’s early work in the 1940s to his death at the very end of the 20th century, showing the full evolution of his vibrant abstract paintings. 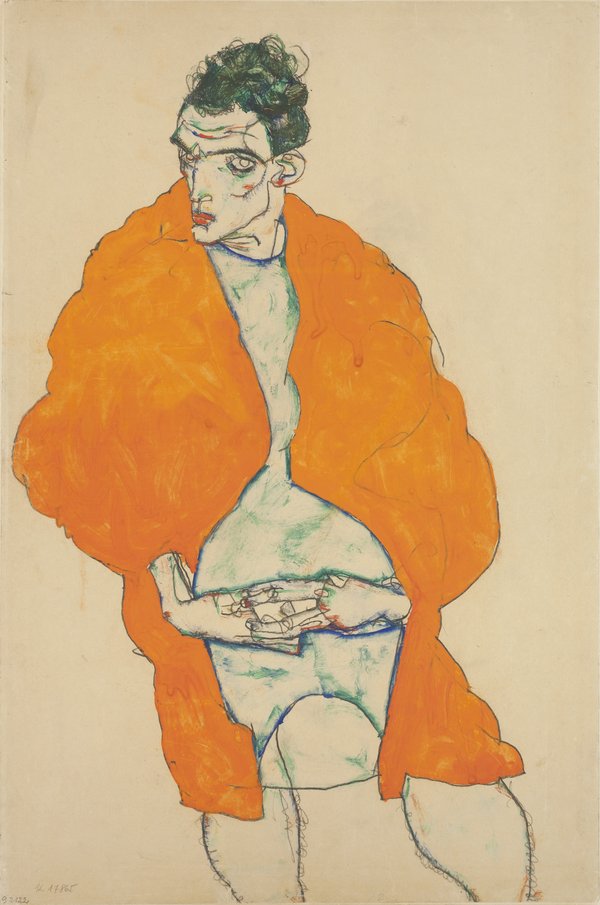 Egon Schiele and Francesca Woodman are paired together in this new exhibition exploring motion in drawing and photography.

A champion of Austrian expressionism, Schiele had a distinctive style using quick marks and sharp lines to capture the animated energy of his models.  Francesca Woodman was one of the most innovative photographers of the 20th century. She employed long exposures to create blurred images that captured extended moments in time.  Her photographs are striking, surreal and often humorous.

Woodman’s photographs highlight how Schiele’s practices and ideas continue to have a relevance to contemporary art in an exhibition that offers the viewer a close encounter with these personal and powerful works. 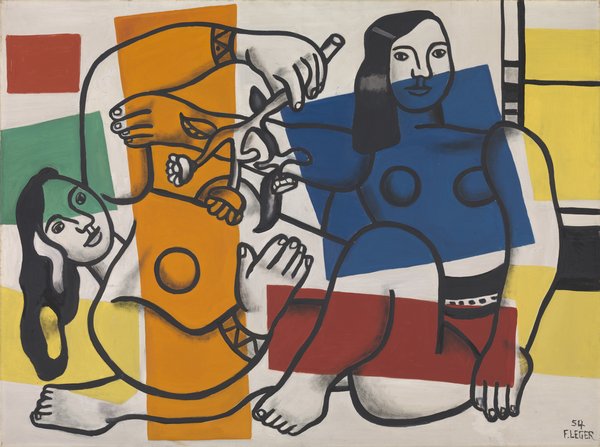 Explore a comprehensive retrospective of Fernand Léger. Regarded as a forerunner of pop art, Fernand Léger (1881–1955) was a key figure of international modernity. This retrospective of more than 50 of his works, many rarely seen in the UK, will show Léger’s iconic paintings, alongside important films such as Ballet Mécanique 1924.

A major retrospective presented across the Laing Art Gallery and the Hatton Gallery. Sean Scully is renowned globally as the master of Post-Minimalist Abstraction.  In 1968 Scully moved to Newcastle University, it was here that he made breakthroughs which laid the foundation for the rest of Scully’s career. Presenting paintings and drawings from 1968-1974, this exhibition demonstrates the remarkable early confidence of Scully’s work and the genesis of his continued fascination with stripes, and the spaces in between. Now in his seventies, Scully has been twice shortlisted for the Turner Prize and his work is in the collection of virtually every major museum around the world.

Lee Miller (1907 – 1977) first entered the world of photography in New York as a model in Vogue in the 1920s. In 1929 she moved to Paris and worked with Man Ray, establishing her own studio and becoming part of the Surrealist milieu. A rich strand of Surrealist practice emerged in Britain in the 1930s and developed in the immediate pre-war period, during which Miller moved to London. This exhibition will explore the creative networks between artists in the UK in the 1930s and 40s through Miller’s lens. Miller’s photographs of and collaborations with Surrealists working in the UK, including Eileen Agar, Leonora Carrington, Max Ernst and René Magritte will be presented alongside their own paintings and sculptures. It will also focus on Miller’s own practice and how she turned her Surrealist eye across disciplines to the worlds of fashion and journalism, revealing and revelling in the strange and extraordinary.

This is an exhibition of an extraordinary series of drawings by Cecily Brown, of wrecked ships and their passengers. Brown’s practice of painterly interrogation of an existing image, here takes on one of the most celebrated paintings in the world; Gericault’s The Raft of the Medusa, 1819. Also taking inspiration from other Old Masters, notably Delacroix, Brown re-examines human presence, figuration and representations of maritime tragedy throughout history.

Emil Nolde (1867-1956) was one of the greatest colourists of the twentieth century. While he was passionate about his north German home near the Danish border with its immense skies, flat, windswept landscapes and storm-tossed seas, he was equally fascinated by the demi-monde of Berlin’s cafés and cabarets, the busy to and fro of tugboats in the port of Hamburg and the myriad peoples and the places he saw on his trip to the South Seas in 1914. Nolde felt strongly about what he painted, identifying with his subjects in every brushstroke he made, heightening his colours and simplifying his shapes, so that we, the viewers, can also experience his emotional response to the world about him. This is what makes Nolde one of Germany’s greatest expressionist artists.

This exhibition, comprising about 100 paintings, drawings, watercolours and prints, drawn from the incomparable collection of the Emil Nolde Foundation in Seebüll (the artist’s former home in north Germany), covers Nolde’s complete career, from his early atmospheric paintings of his homeland right through to the intensely coloured, so-called ‘unpainted paintings’, works done on small pieces of paper during the Third Reich, when Nolde was branded a ‘degenerate’ artist and forbidden to work as an artist.

Pin-Ups: Toulouse-Lautrec and the Art of Celebrity

The first exhibition held at the National Galleries of Scotland devoted to the art of Henri de Toulouse-Lautrec (1864-1901). Paris in the fin-de-siècle was known as the ‘city of pleasure’; famed for its cabarets, dance halls and cafés. Most famous of all were the nightspots of the bohemian district of Montmartre, where Toulouse-Lautrec lived, worked and socialized, including the now legendary café-cabarets Le Moulin Rouge and Le Chat Noir. Pin-Ups: Toulouse Lautrec and the Art of Celebrity will focus on Toulouse-Lautrec’s lithographic posters, portfolio prints and illustrations which made stars of Montmartre’s venues and their entertainers – personalities such as Yvette Guilbert, Jane Avril and Aristide Bruant. Toulouse-Lautrec’s career coincided with a revolutionary moment in the history of western printmaking – the development of the poster as a means of mass-marketing – and lithography and poster-making were central to his creative process from his first experiments in the medium in 1891 until his death in 1901. 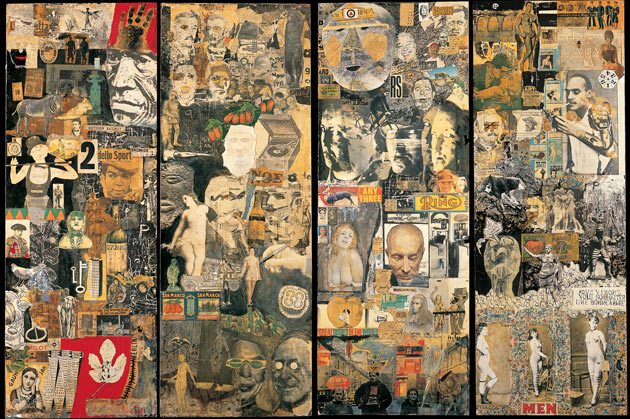 Pop! Art in a Changing Britain

Drawn from the Gallery’s significant collection of British Pop Art, this exhibition explores how artists in Britain in the 1950s and 1960s responded to rapid social change, as Pop Art emerged as a means of addressing the rise of mass media, the cult of celebrity, questions of identity and prevalent political concerns, issues that still resonate today.

A vivid exploration of how artists in Britain in the 1950s and 1960s responded to rapid social change, as Pop Art emerged as a means of addressing the rise of mass media, the cult of celebrity, questions of identity and prevalent political concerns, issues that still resonate today.  A generation of artists led by Eduardo Paolozzi, Richard Hamilton, Peter Blake and Patrick Caulfield radically challenged thinking about art and mass media, democratising art by questioning the traditional division between high and low art. They took their cue from advertising, comics, science fiction and contemporary music, embracing non-traditional materials and techniques. The exhibition celebrates Pallant House Gallery’s significant collection of British Pop Art, including major paintings, sculpture and its extensive holding of Pop prints. It includes seminal works such as Peter Blake’s ‘The Beatles, 1962’ (1963-68), Richard Hamilton’s ‘Swingeing London’ (1968), Jann Haworth’s ‘Cowboy’ (1964) and an early example of Pop printmaking, Eduardo Paolozzi’s ‘As Is When’ (1965).

Journeys with ‘The Waste Land’

“On Margate Sands. I can connect Nothing with nothing.” – (T.S. Eliot, The Waste Land)

Journeys with ‘The Waste Land’  is a major exhibition exploring the significance of T.S. Eliot’s The Waste Land through visual arts. Presenting artworks from the 19th century to the present, including film, photography and artefacts, the exhibition explores how contemporary and historical art can enable us to reflect on the poem, and its shifting flow of diverse voices, references, characters and places. In 1921, T.S. Eliot spent a few weeks in Margate at a crucial moment in his career. He arrived in a fragile state, physically and mentally, and worked on The Waste Land. The poem was published the following year and proved to be a pivotal and influential modernist work.