The exhibition Let’s Go Camping with Tom of Finland at Cross Lane Projects celebrates the work and influence of the iconic queer artist and comics creator ahead of the 100th anniversary of his birth, as part of the Lakes International Comic Art Festival.

“I was determined that, in my drawings at least, gay men would be open and masculine, and the sex, no matter how heavy, would always be free and positive and every story would end happily”– Tom of Finland

Born Touko Valio Laaksonen in Kaarina, Finland in 1920, Tom of Finland first started creating comics as a young child and in the 1930s began recording his erotic fantasies on paper. After Finland joined World War II, he became a second lieutenant, manning anti-aircraft guns in Helsinki and his imagination was fed through the diverse sexual experiences of city life and he began drawing uniformed soldiers in his work. The arrival of his “dirty drawings” was initially for his personal interest and as gifts for friends. During the 1950s Touko’s drawings appeared on the cover of Physique Pictorial: a gay magazine disguised as a sports magazine to combat the censorship in America. Magazine creator Bob Mizer added “of Finland” without consulting Touko and through this Tom of Finland was born. 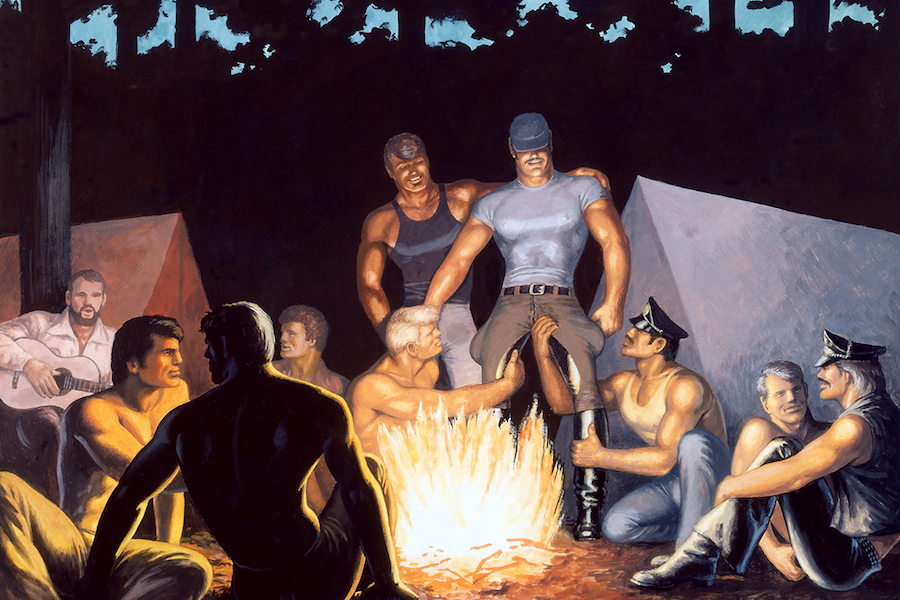 Seeing the works within frames rather than in a comic book gives exhibition visitors a more intimate view of the detailed and beautifully sketched men. “Tom … mastered his ability to tell stories only with visual depictions” says Durk Dehner, Founder/Director of the Tom of Finland Foundation. The viewer can run through the decades, following the development of his drawings from childhood through the 30s, 40s, 50s and 60s through to the creation of his most famous character Kake. Between 1968 and 1986, 26 official Kake comics were created and these established Tom’s fame within the gay community. During these 18 years of publication, Kake, pronounced “kah-kee” (a Finnish nickname roughly linked to the English word ‘Butch’) revelled in his sexual adventures. The characters engaged in intense and passionate lovemaking and would always leave smiling. Within the comics, social and cultural issues of the time were addressed; terrorism and airplane hijacking were tackled alongside the subject of sexual freedom between races.

Let’s Go Camping features selections of comics spanning Tom of Finland’s career; with comics such as Jack in the Jungle (1965), Ringo & the Renegades (1966), Beach Boys (1971) and Camping (1976). “I like the comic book format because I can show what is happening between two guys, not just how they look…” the artist wrote; Tom’s use of the comic book gives all of his characters a story, allowing the audience to see the progression of the scene through a beginning, middle and end rather than just viewing an image of two men together. He explores different scenarios where the story can quickly escalate and even include several more characters, all of them “proud men having happy sex”. 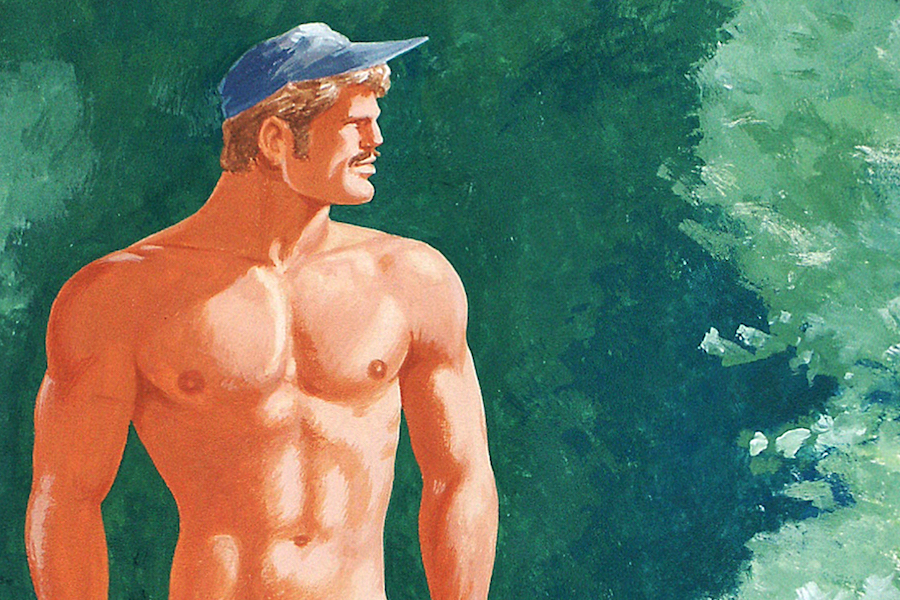 Tom of Finland’s comics has faced challenges with censorship through the years, including prosecution for the creation of gay images. With homosexuality still illegal in 70 countries worldwide today(1) – then these images would be banned in many places even now. At the same time, the rise of social media creates new issues for the control of image circulation with platforms often criticised for reacting disproportionately to some images – including erotic LGBTQ content(2)(3) – while not controlling others.  A news piece earlier this month initially seemed to illustrate this trend, announcing the removal of The Tom of Finland Foundation Instagram account. It has since been confirmed that this action was not taken by Instagram(3) and the account has been reinstated (although it is still unclear who was behind the action).

Tom’s comics have long had a special place within the LGBTQ community and I believe, now more than ever, it is vital that his work is shown; as Julie Tait, Director of The Lakes International Comic Art Festival has it: this comic work offers an essential perspective on queer culture at a critical point in its history.

It is a unique, free exhibition, open to those over 18, and part of the official Tom of Finland Centenary celebrations, supported by the Finnish Institute. ArtLyst is the exhibition media partner.

Exhibition continues until Saturday 19 October. Open 12 to 6 pm, Wednesday to Saturday, with extended hours of 10 am to 6 pm on 10-13 October for The Lakes International Comic Art Festival.