Over the New Year period, transgender artist Ela Xora collapsed and was taken to hospital after six days of hunger strike against historically inaccurate comments made on ITV’s Good Morning Britain, by its presenter Piers Morgan.

Xora announced on Christmas day via social media that she was on hunger strike until Piers Morgan had apologised to non-binary people, for repeatedly saying in the press this year that they were a “massive new fad”. The artist said she was hunger striking while reenacting a seated statue of ancient Greco Roman deity Cybele, a highly controversial non-binary born god of the Roman Empire, who has been banned in most Museums in the UK, including leading academic ones like the Museum of classical archaeology in the University of Cambridge. The mask maker collapsed in the Futures Museum in East London on Day 6, being taken to hospital in a critical condition. 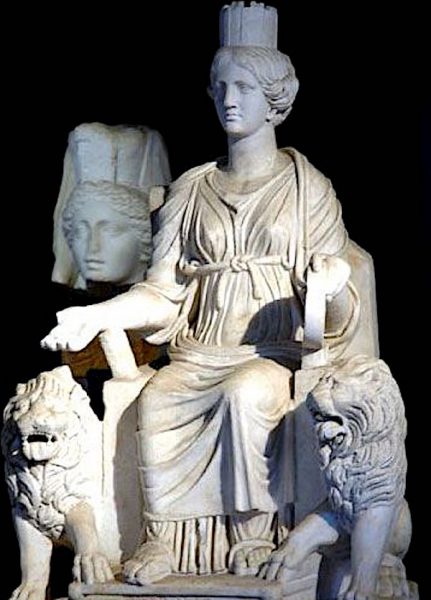 Announcing her new strike on Facebook Xora said “#PiersMorgan until he apologises for saying non-binary people are a “massive new fad”… I will sit in the seated Cybele pose, with a sheet over my head, in an isolated room in #FuturesMuseum. During this performance art piece, which is part of my exhibition #TheMaskofIntersex, I am re-enacting the forced isolation of non-binary people today (too many transgender+intersex people I know are rejected by their families, particularly poignant during the Xmas period) and the forced recluse status of non binary people and Cybeles clergy the Galli, in early Western culture.” It was revealed this year that religious curators in Cambridge Museums banned ancient non-binary deities like Hermaphroditus and Cybele because their bodies “were not fit for public viewing”, as well as covering naked statues in sheets when certain religious groups of children visit.

At the beginning of December, the worlds most famous classicist Professor Mary Beard, issued a curt one word apology to intersex people for erasing non binary history within the Roman Empire at the University of Cambridge, after Xora publicly challenged her through a performance art piece called “Sleeping Hermaphroditus Hunger Strike”, which saw the artist reenact the most famous non-binary sculpture in the world for 8 days without food, until Professor Beard said “sorry!”. However like Lewis Hamilton, soon after apologising she began to ‘love’ tweets from her fans telling her not to apologise for hiding transgender and intersex history, including one which contained an image saying she should behave like a dog saying “If you can’t eat it or play with it, just pee on it and walk away”

Top Photo by Emory Ruegg © the artist all rights reserved