Artlyst is off to Venice for a week of immersive art overkill. There is so much to see and do to the point of saturation. The collateral events are going to be amazing this year. I especially can’t wait to see Objection, a collaborative exhibition uniting two emerging women artists, Michal Cole Israel/UK and Ekin Onat Turkey/Germany, at the Pavilion of Humanity during the 57th Venice Biennale.

Objection is situated in a magnificent villa with gardens at the base of the famous Academia Bridge. Its stunning location overlooks the Academia institution and Palazzo Cavalli-Franchetti, backing on to the Grand Canal. Also, Empire II is an artist-led satellite project devised and curated by London curator/artist Vanya Balogh for 57th La Biennale di Venezia. This intimate, immersive film hub space will feature three chambers; beginning with an extensive library, engaging in film history and theory, curated attentively by participating artists from their personal book collections and intended for browsing and perusing; leading further on to a single screen darkroom, a pulsating digital heart, showcasing a sequence of 115 imaginative short films programmed to play on a continuous loop; and on to the final imaginary space, the Virtual Reality port which will evolve over time in collaboration with various artists.  Exhibition Runs;  12th May – 26th November 2017 Open daily  Tuesday – Saturday  10 am – 6 pm LOCATION: Castello 1610/A Riva Dei Sette Martiri Venezia 30122. 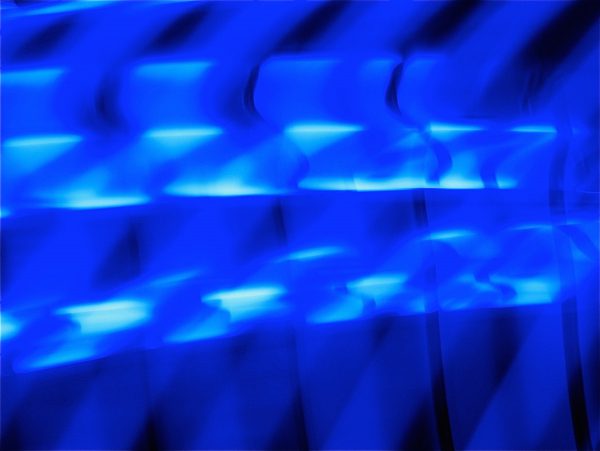 Also, Empire II is an artist-led satellite project devised and curated by London curator/artist Vanya Balogh for 57th La Biennale di Venezia. This intimate, immersive film hub space will feature three chambers; beginning with an extensive library, engaging in film history and theory, curated attentively by participating artists from their personal book collections and intended for browsing and perusing; leading further on to a single screen darkroom, a pulsating digital heart, showcasing a sequence of 115 imaginative short films programmed to play on a continuous loop; and on to the final imaginary space, the Virtual Reality port which will evolve over time in collaboration with various artists.  Exhibition Runs;  12th May – 26th November 2017 Open daily  Tuesday – Saturday  10 am – 6 pm LOCATION: Castello 1610/A Riva Dei Sette Martiri Venezia 30122.

Of course, Damien Hirst’s shipwreck is on the list as is the launch of Victoria Miro’s new Gallery, Hauser Wirth, Levy Gorvy, John Latham: Viva Arte Viva Giardini and Arsenale, Sestiere Castello, 30122, Venice a retrospective called A World View: John Latham currently has a show at the Serpentine. This show focuses particularly on his book works and the spheres he created from them. He’s one of the central artists in the Christine Macel’s biennale so we can look forward to seeing his work both in Venice and London. – Alighiero Boetti: Minimum/Maximum  Fondazione Giorgio Cini, Isola di San Giorgio Maggiore, 30100 Venice an exhibition focusing on his photocopies – British Diaspora Pavilion Palazzo Pisani a Santa Marina, Cannaregio 6103-6104, 30100 Venice The Diaspora Pavilion showcasing the work of 11 emerging UK-based artists, all from culturally diverse backgrounds, with ten leading artists from similar backgrounds acting as their mentors, another must see. Plus all of the others from Art GB and Ireland. 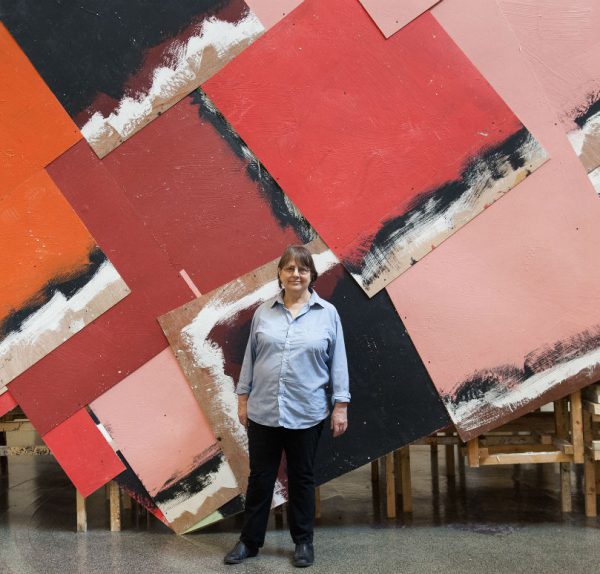 Phyllida Barlow will present a major solo exhibition of new work in the British Pavilion. Best known for her colossal sculptural projects, for over five decades Phyllida Barlow has employed a distinctive vocabulary of inexpensive materials such as plywood, cardboard, plaster, cement, fabric and paint to create striking sculptures and bold and expansive installations that confront the relationship between objects and the space that surrounds them. Drawing on memories of familiar objects from her surroundings, Barlow’s practice is grounded in an anti-monumental tradition characterised by her physical experience of handling materials in an expedient and direct way.

An illustrated book will be published by Black Dog Publishing to coincide with the opening of the exhibition in Venice including texts by Phyllida Barlow and Emma Dexter.

The Commissioner of the British Pavilion is Emma Dexter, Director Visual Arts, British Council. The exhibition is commissioned by the British Council for the 57th International Art Exhibition – La Biennale di Venezia, 2017. This presentation has been made possible with the generous support of Hauser & Wirth. 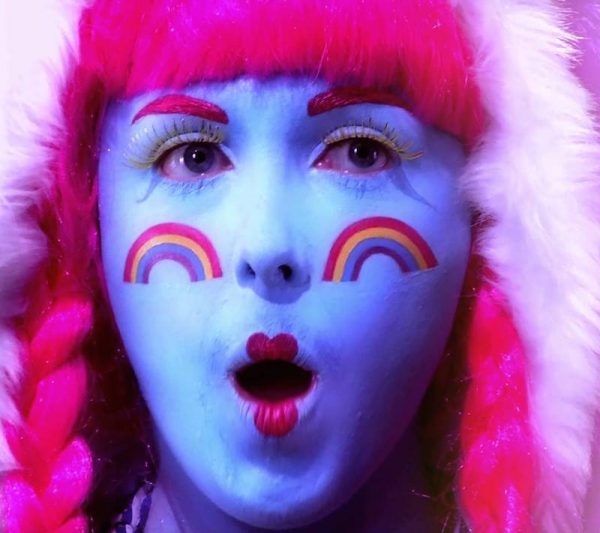 Rachel Maclean will present a major new film commission for Scotland + Venice. One of the most significant contemporary artists working in Scotland today, Maclean has had considerable recent success, with solo exhibitions at HOME, Manchester and Tate Britain, London.

Raising critical questions about identity, economy, society, connectivity and morality, Maclean’s work combines traditional modes of the theatre with technology and popular culture to create fantasy narratives under the guise of a hyper-saturated candy-coloured aesthetic, possessing a unique and often disturbing vision.

Maclean’s commission will be presented within a new space for Scotland + Venice: the dramatic church, Chiesa di Santa Caterina, Fondamenta Santa Caterina, in Cannaregio. Originally established to uphold the moral authority and political-religious power, this venue now offers a new context for Maclean’s work, cutting across cultural divides to question notions of truth, conscience, and power in the 21st century.

Playing all the characters in the films herself, while working directly on every detail of post-production, Maclean’s creative process involves studio based green-screen techniques, custom prosthetics, costume, and voice actors. With unusual artistic confidence and vigour, her work is intellectually challenging and visually provocative. 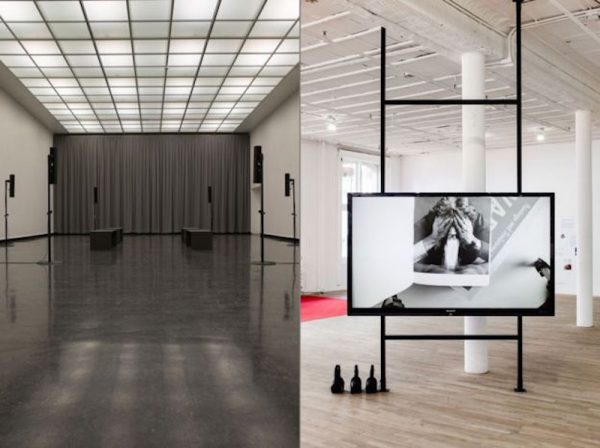 James Richards will represent Cymru yn Fenis Wales in Venice with a solo presentation curated by Chapter. Cardiff-born Richards’ interest lies in the possibility of the personal amidst the chaos of mass media. He combines video, sound and still images to create installations and live events. His work makes use of an ever-growing bank of video material that includes fragments of cinema, works by other artists, stray camcorder footage, murky late night TV and archive research.

Carefully constructed installations involve sculptural, cinematic, acoustic, musical and curatorial considerations to create works of extraordinary intensity. Following a solo exhibition at the Chisenhale Gallery in 2011, his Turner prize nomination in 2014 and recent collaborative projects between ICA, London, Bergen Kunsthall and Kestnergesellschaft, Hannover, this opportunity comes at a pivotal moment to consolidate Richards’ practice at one of the most significant international platforms for the visual arts.

Richards’ presentation for Cymru yn Fenis Wales in Venice 2017 – his first major commission at an international biennale – will consist of a new, site-responsive sound installation and a suite of additional works containing overlapping archival samples and musical extracts repeated or reworked into different forms. He will collaborate with students from the Royal Welsh College of Music and Drama and, through a partnership residency, will explore the archives of the National Sound and Screen Archive in Aberystwyth. As part of the project, the artist will also curate a group show for Chapter in Autumn 2017 after which his solo Venice presentation will be shown in February 2018.

The Cymru yn Fenis Wales in Venice exhibition will be presented at the Santa Maria Ausiliatrice in Castello, located just off Via Garibaldi, midway between the main Biennale Giardini and Arsenale sites. 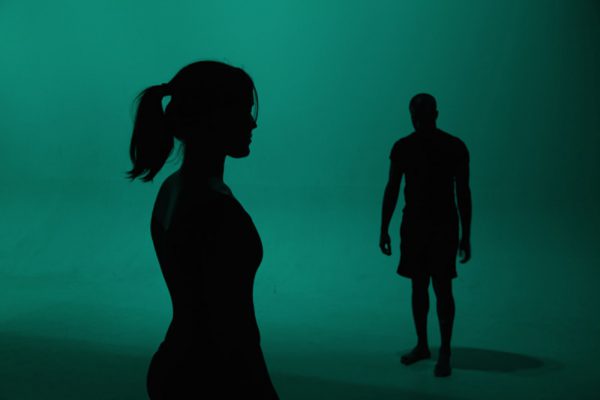 Ireland at Venice, the national representation of Ireland at the 57th International Art Exhibition of La Biennale di Venezia, will present Jesse Jones in 2017. Jesse Jones will consider the national pavilion as the site of an alternative Law. With a practice that is grounded in film and performance, Jones will create an artwork she describes as a ‘bewitching’ of the judicial system.

Tremble Tremble will be presented in the Arsenale of La Biennale di Venezia from May – November 2017, with Commissioner and Curator, Tessa Giblin. Its title is inspired by the 1970s Italian wages for housework movement, during which women chanted “Tremate, tremate, le streghe sono tornate! (Tremble, tremble, the witches have returned!)”. Jones’ new work emerges from a rising social movement in Ireland which calls for a transformation of the historic relationship between the church and the state. In this time of change, Jones proposes the return of the witch as a feminist archetype and disrupter who has the potential to transform reality. Tremble Tremble imagines a different legal order, one in which the multitude are bought together in a symbolic, gigantic body, to proclaim a new law, that of In Utera Gigantae.

Based in Dublin, Jones has been researching the ways in which the law transmits memory between generations and over time. Her research weaves between an archaeological dig of a 3.5 million-year-old female specimen, to the suppressed voices of the witch trials of the 16th century Europe, the symphysiotomy trials, and abortion legislation in Ireland today. The new world order to be found in Tremble Tremble churns testimony, published statements and new lyrics into a towering bodily incantation. Jones is collaborating with theatre artist Olwen Fouéré, and sound artist Susan Stenger, who are together creating an artwork that extends across the pavilion as an expanded form of cinema.