The Summer Opening of Buckingham Palace is upon us and this year the featured exhibition in the State Rooms is a special display of more than 200 State visit gifts presented to Her Majesty The Queen, throughout her 65-year reign. You may wonder how the Queen in her most gracious manner kept a straight face as she accepted yet another wicker fan from Cameroon, gold encrusted model of a camel sitting under a palm tree from Saudi Arabia or a simply unexplainable engraved perspex trophy from Israel, but she did and all were then catalogued and moved to room 101 in the palace basement for safe keeping – until now.

“One of the most universal aspects of the Queen’s meetings with other heads of state, both at home and abroad, is the exchange of gifts,” – Sally Goodsir “Royal Gifts” exhibition.

If anything this exhibition is an enlightening glimpse into how top diplomats have absolutely zero taste when choosing a suitable gift for someone who has everything. There are very few mementos of any real artistic merit. These are things that would certainly never be accepted into the V&A’s permanent collection. On an upshot objects made from Elephant Ivory are nowhere to be seen. Although rumour has it they were ground up and buried in a gesture by Princes Harry and William.
Tasteless examples noted and relegated: A gold Pagoda from Nepal, A golden Model of a Junk from China, a pair of Kitsch porcelain portrait vases from Uzbekistan

Things to keep: A Union Flag badge worn in space by Major Tim Peake CMG, which was presented to The Queen at Windsor Castle in April 2017. A signed photo of JFK, The Queen’s honorary BAFTA Award, A Holocaust memorial candle sculpture from Anish Kapoor.

Her Majesty has also received a number of living animals — a crocodile from the Gambia in 1961, an elephant from Cameroon in 1972, and six Australian kangaroos in 1977 — all of which have found homes in London zoo.  Around 20 horses have also been given, as well as a porcelain one from French President Francois Hollande which was presented during Elizabeth’s state visit to France in 2014. (Not on display) 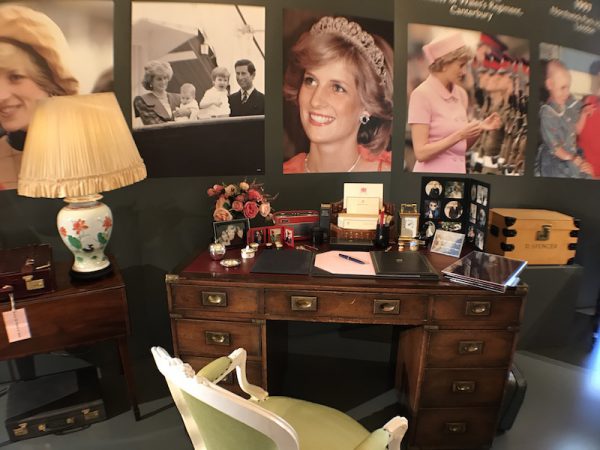 Princess Diana’s Desk as she left it

Also on exhibition, in a tribute to Princess Diana to mark the 20th anniversary of her death, are a number of her personal items including a briefcase and cassette tape case which includes Elton John, Duran Duran, and Lionel Richie. Diana died in a Paris car crash twenty years ago on August 31, 1997.

Believe it or not, this is well worth a visit! 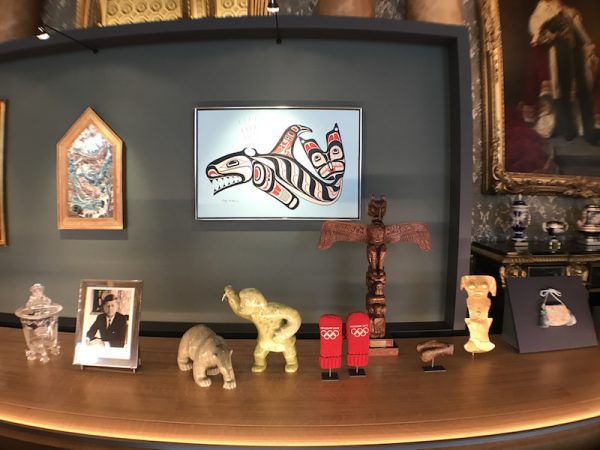 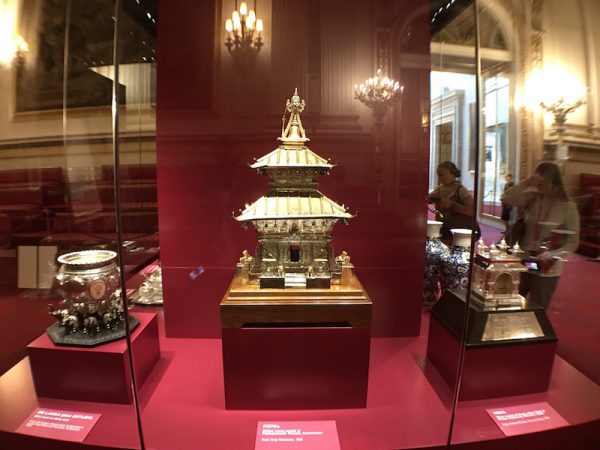 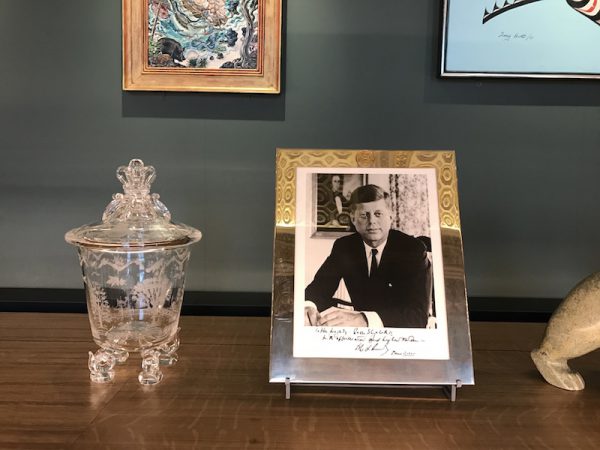 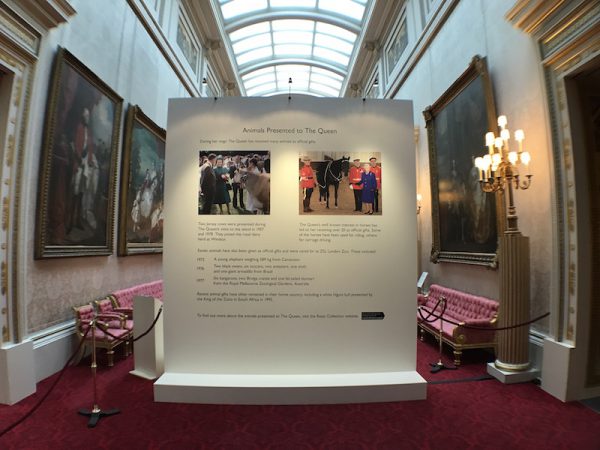 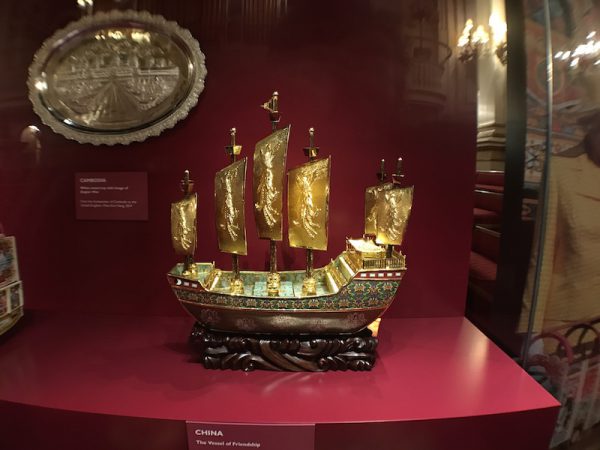 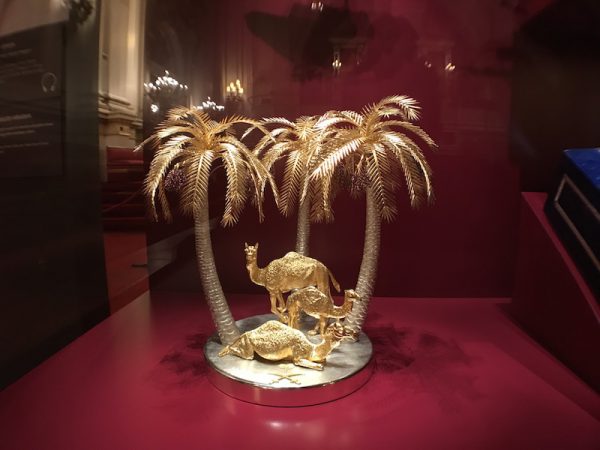 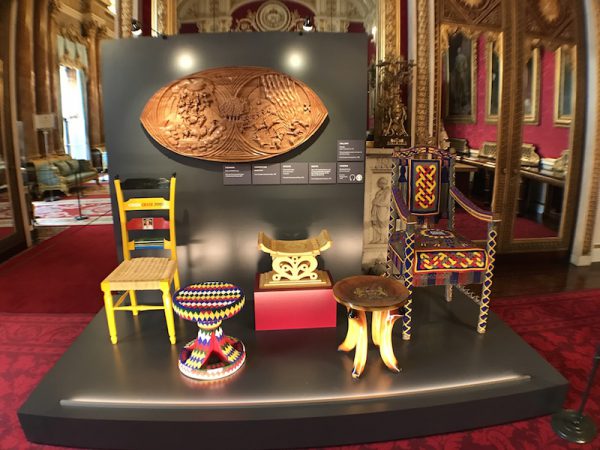 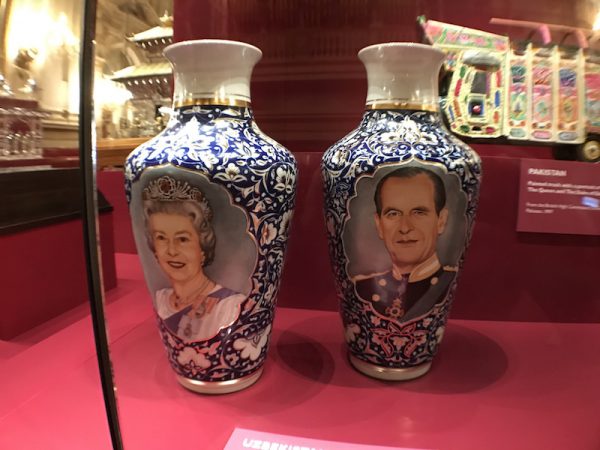 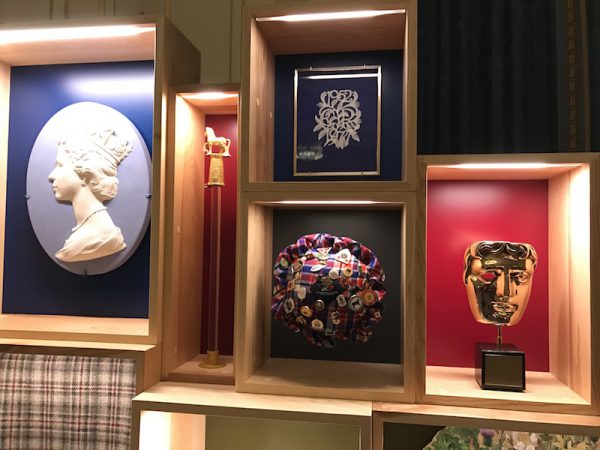