Two new exhibitions of work by the highly regarded painter Victor Willing (1928-1988) are currently on display at Hastings Contemporary and the Turps Gallery in S.E. London. The retrospective in Hastings is the first significant show of his work since his untimely death from multiple sclerosis in 1988.

‘In a bright generation, Victor Willing burned brighter than most and his paintings continue to demonstrate this’ – Sir Nicholas Serota

The Hastings exhibition surveys his career from the beginning when he was a leading light at The Slade through his time raising his family in Portugal, married to the artist Paula Rego and the family’s subsequent return to London. The exhibition features many larger works from his final burst of creative energy in London. 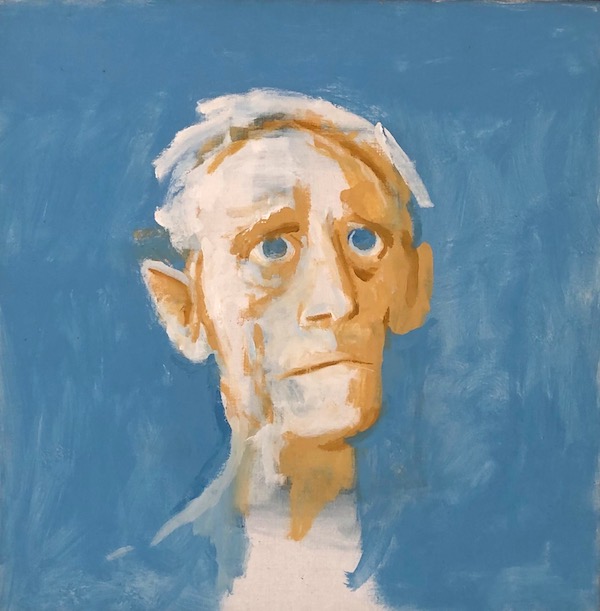 Victor Willing Self Portrait At 70

The exhibition features seldom exhibited work loaned from Tate, Pallant House Gallery, Arts Council Collection, Gracefield Arts Centre. Willing was a groundbreaking artist. His, later paintings were championed by Sir Nicholas Serota who organised a retrospective in 1986 at Whitechapel Gallery. These more significant works (1976-1983) explore some of the darker periods of his emotional difficulty and his reawakening as an artist when he was diagnosed with a terminal illness. Willing called them his vision paintings. They were created entirely without models or props and they were only titled when he felt he understood their meaning.

His son Nick Willing explained. “My father returned to London after business troubles bankrupted the family in Portugal. He lost everything, including his homes and his wife. He began frantically painting as it was the only thing he knew how to do. If he painted something that he couldn’t justify, he would destroy it or paint over it. He was living in a vast unheated warehouse in Stepney East London and one day he was staring at a wall. Suddenly three holes appeared. He studied the composition of this theatrical scene and immediately drew it. This became the subject of his most significant body of work known as the Vision paintings.” 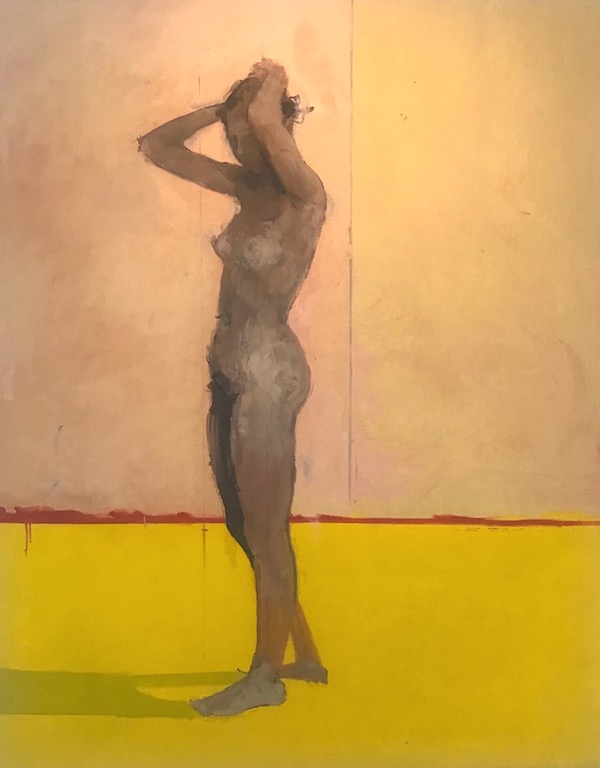 The Hastings Contemporary show brings to life Willing’s varied artistic output from training in the late 1940s and early 1950s. One room places his work in the context of fellow artists and friends including Michael Andrews, Paula Rego and Elisabeth Frink and includes unseen works from Paula Rego’s personal collection. The exhibition also premieres a new short film of Victor Willing’s life and career by his son the filmmaker, Nick Willing following on from his BBC Two documentary ‘Paula Rego: Secrets and Stories’ alongside unseen material from the family archives.

During his time at the Slade, Willing came to know artist Francis Bacon and the renowned art critic David Sylvester who described him as ‘a sort of spokesman for his generation’. While still a student Willing’s work was included in two exhibitions at the Institute of Contemporary Art, and he had his first solo show at the prestigious Hanover Gallery a year after graduating.

In 1957, Willing moved to Ericeira, Portugal to be with Paula Rego and their family where they remained until the Carnation Revolution in 1974.

Writing about Willing’s work, Sir Nicholas Serota has stated: ‘In a bright generation Victor Willing burned brighter than most and his paintings continue to demonstrate that this was no shooting star but rather a fiery comet which would eventually guide us all’.

Willing is clearly a painter’s painter. His early nude paintings have an excellent sense of proportion, gravity and weight influenced by his sculpture tutor Professor Gerard at the Slade School of Fine Art, yet the handling of the paint is delicate. His later visionary works have strong compositions in common, and all the drawings are complete works in their own right not just studies for the larger paintings. His last paintings, the Head series, were painted when Willing had very limited mobility. They were painted quickly often with the help of his nurse Lila Nunez under his instruction with Lilia holding the painting and moving it from side to side so he could move the brush around with his hand or even with the brush in his mouth. The results are faces filled with expression and humour. 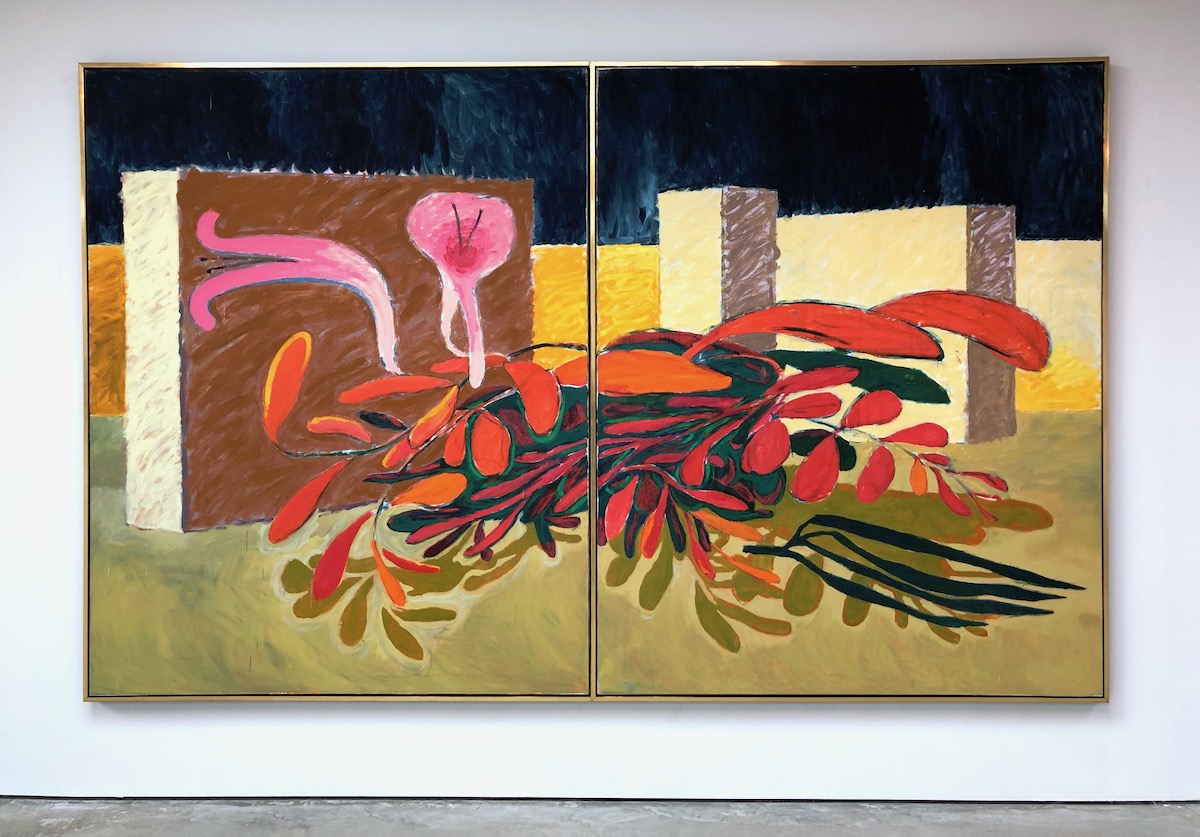 Another exhibition of Victor Willings work, Victor Willing: Scratch the Wall Curated by Scott McCracken is on display now at Turps Gallery, in association with ASC Gallery, until 30 November. It complements the Hastings show as it concentrates on the visionary paintings. The exhibition highlights several of the keys works Willing made between 1976 and 1985.

Victor Willing’s scratches are the marks of a brush. Sometimes these scratches are slow and steady; sometimes, they are hard and quick. They outline specific forms, and they fill in areas with modulating hues. Life-size objects and geometric shapes congregate against the backdrop of the cutting horizon line; they depict the imagined rather than the observed. 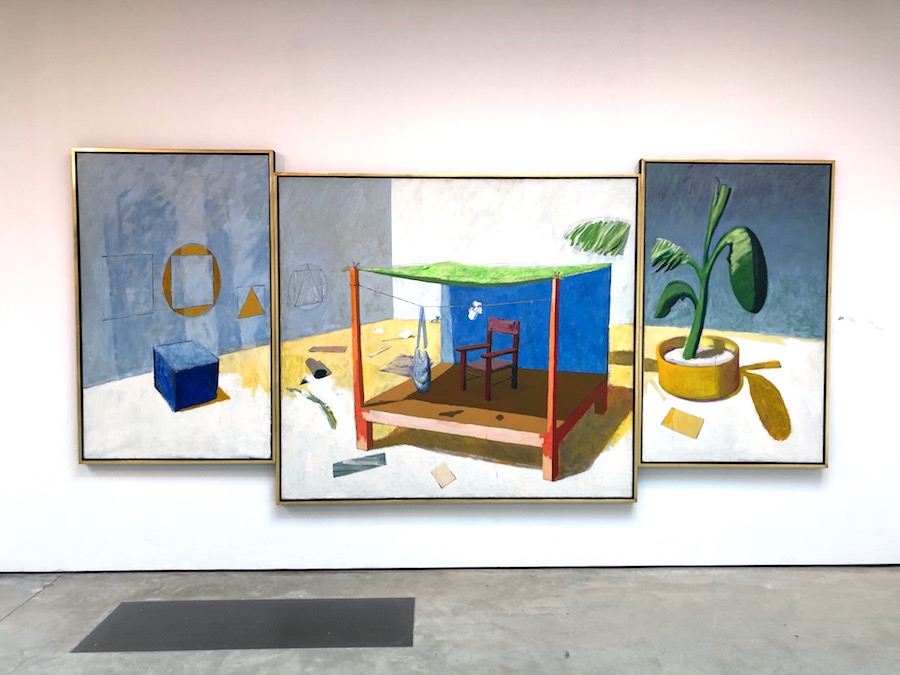 “Beneath even the desire to change society and the need to communicate is a need, urgent in some of us, to affirm with our scratches that ‘I exist’. The activities going on in our mind – thoughts and memories – are ephemeral, disappearing when we do. So scratch the wall and step back…turn around and look again tomorrow. There it is still – tangible proof.” – Victor Willing (1928-88)

The show is accompanied by the publication of Turps Spotlight #2: Victor Willing, the second in a series of artist monographs.

A new publication on Victor Willing featuring an introduction by early champion of Victor Willing, Sir Nicholas Serota, an essay by John McEwen and texts by Victor Willing has been published to accompany the exhibition. Buy Here