The Whitney Biennial 2019 is America’s oldest survey of contemporary art. Now in its 79th edition, this year’s event opened as the stock market began to sink.

Of the seventy-five artists represented, (three quarters under the age of 40) many live in Brooklyn

These tough political times extend to the Whitney itself, where protests about Board member Warren Kandis continue. Kandis is CEO of Safariland, the defence manufacturer that produces tear gas canisters recently used at the U.S.- Mexican border against asylum seekers. Those same canisters appear in the Biennial, hidden behind a wooden fence in a monumental painting by Pat Phillips. With over half the represented artists signing a protest letter against Kandis, it’s not surprising that the specially commissioned video “Triple Chaser” by U.K. based collective, Forensic Architecture, focuses upon the munitions company. On the actual day of the public opening, 150 activists met at the Whitney and marched in protest to the Greenwich Village townhouse of Warren Kandis.

Of the seventy-five artists represented, (three quarters under the age of 40) many live in Brooklyn. I hope Daniel Lind Ramos of Puerto Rico does not join them, as much of his material is gathered from his native Puerto Rico. Using local materials gathered after the devastating Hurricane Maria, the artist fashions his sculptures from palm tree trunks and leaves, bells, coconut, machetes, even the blue plastic tarps from the infamous FEMA trailers. Whether the altarpiece “Centinelas (Sentinels)”’ or the steampunky “1797:Vencendor” Lind Ramos works with shamanic powers. 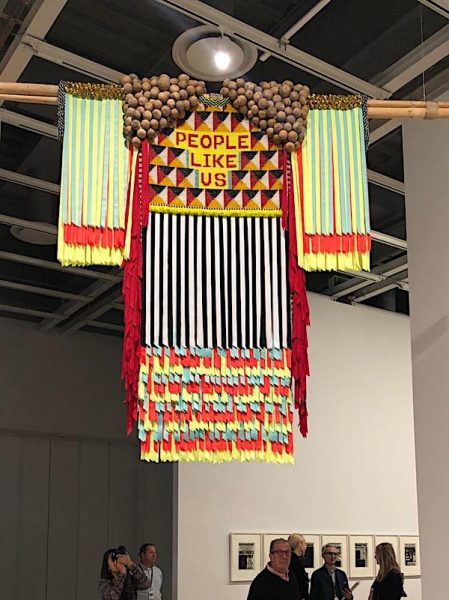 Which are also evident in the showstopper pieces by native American Jeffery Gibson. Referencing the Ghost Dancer movement, Gibson uses intimate and culturally significant materials to create vivid talismans that celebrate queer culture, as well as his Choctaw and Cherokee heritage. 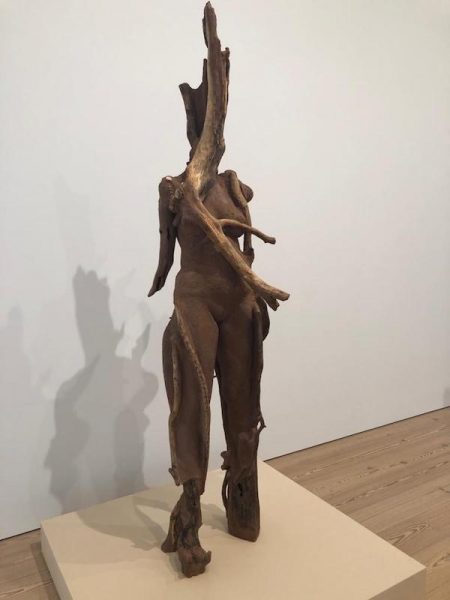 Women represent more than half of the featured artists, and stars like Wangetchu Mutu’s hooves and android female forms embody both her Nairobi and New York lives. Included is a haunting kinetic sculpture, “Poems by my great grandmother.”

Korean born photographer Heji Shin captures babies on emergence from the birth canal. Her crowning portraits are otherworldly, both intimate and alien. 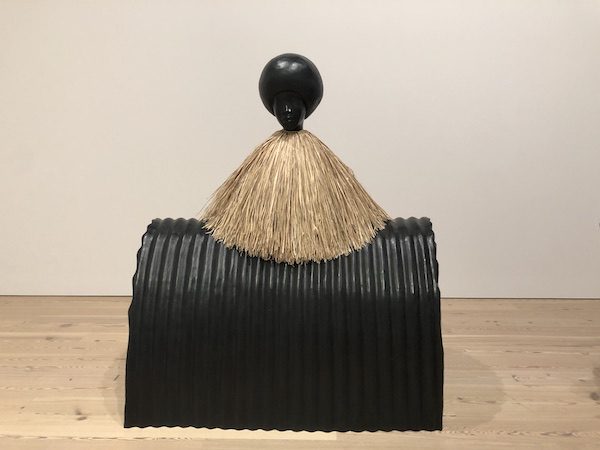 Simone Leigh’s female body as a vessel, rendered in ceramic, is powerful and timeless. Paired with a massive Janiva Ellis painting, the two artworks are a striking duo. 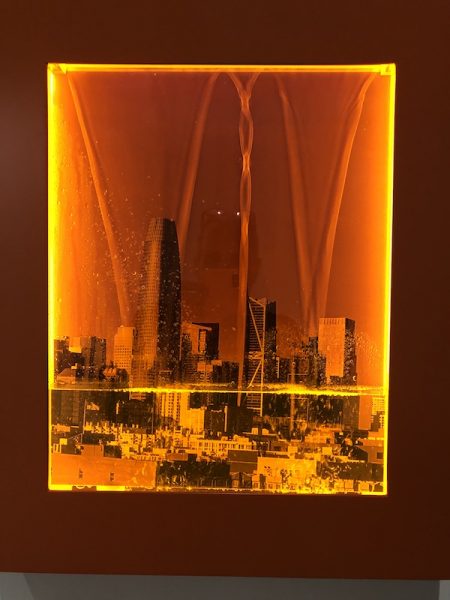 Curators Jane Panetta and Rujeko Hockley have written that this Biennial is “open-ended and hopeful.” For those, like me, who love painting, there is a substantial wave of excellent contemporary brushwork. Performance, photography, sculpture, installation, mixed media, video and sound art are also represented. Doubtlessly, protests will continue at the Whitney, and doubtlessly, crowds of art lovers and tourists from the nearby Highline will have the opportunity to see new American art that may possibly offer inspiration in these troubled times.

The artists selected for the 2019 Whitney Biennial, range from emerging to well-established individuals and collectives, working in painting, sculpture, drawing, installation, film and video, photography, performance, and sound. Work is being presented throughout the Fifth and Sixth Floor exhibition galleries, as well as in numerous spaces both inside and outside the Museum. The curators traveled throughout the country and made more than 300 studio visits over the past year. Panetta and Hockley noted, “Our studio visits were an opportunity to meet new artists but also to see new work by many we already knew. These visits were a critical opportunity to get a general feel for what artists were doing and making across the United States in 2018-19. While we might have expected to find work that was more strident in tone given the difficulties and instabilities of the times we are living in, the art we encountered continues to put forth a deliberate sense of forward-looking optimism. We found something incredibly hopeful—and even productive—about the work we’ve selected for this exhibition.” A small number of the artists in the exhibition are Canadian, several are based in Puerto Rico, and a number were born abroad or now live and work outside the U.S.

The Whitney Biennial runs until 22 Sept 2019