Yves Klein died from a heart attack in 1962, at the age of 34, shortly after creating two prominent works of art currently on display in the heart of the Oxfordshire idyll. Had the artist lived, he would have been 90 years of age this year, and Blenheim Art Foundation is currently presenting a selection from the artist’s oeuvre, with a solo exhibition featuring 50 works by the visionary of the void – exploring the French artist’s practice, set in the baroque splendour of Blenheim Palace – home of the Duke of Marlborough [the recent aspirational musings of Donald Trump] – and the birthplace of Winston Churchill. 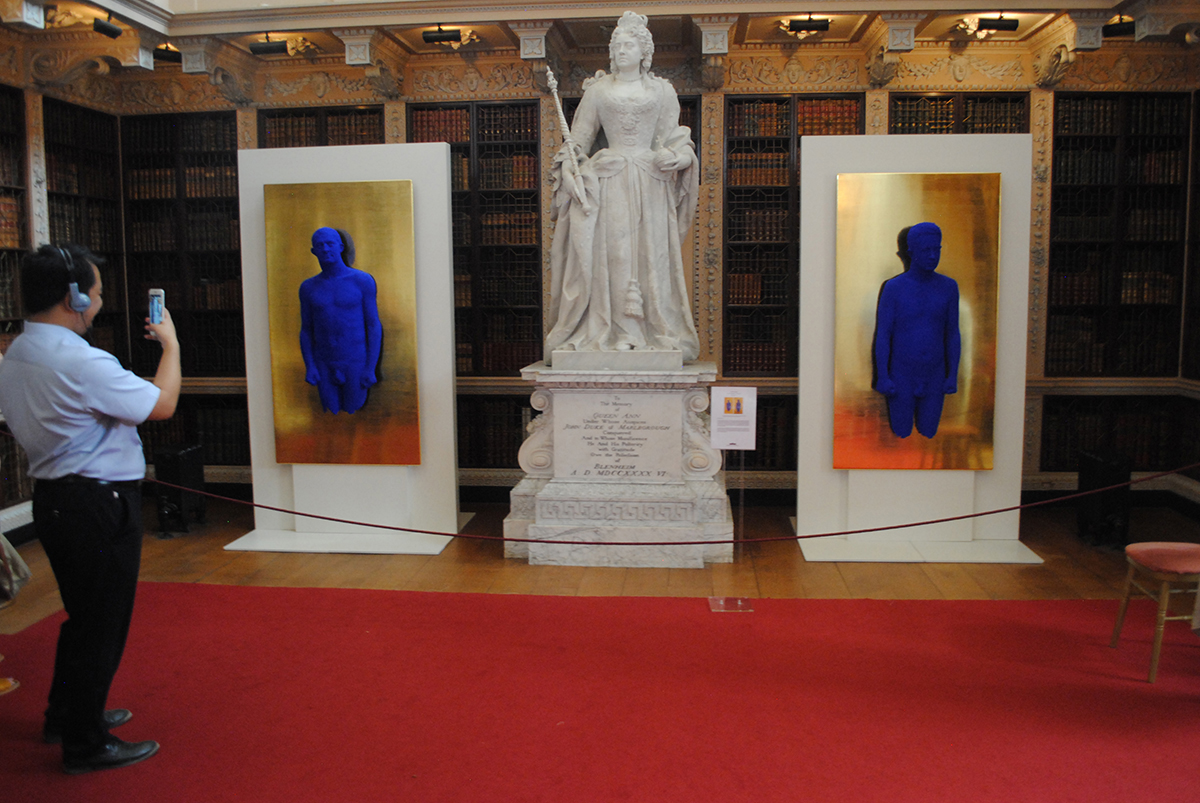 Klein is best known for the development of his own vivid pigment, the eponymous International Klein Blue (IKB), which became a symbolic element of the artist’s practice, and evocative of the mystical. It was Klein’s attempt to enthral the viewer with a form of mesmeric metaphysics; a journey into the infinite unifying purity of the void – which at first perplexed the artist’s audience on its initial reception. 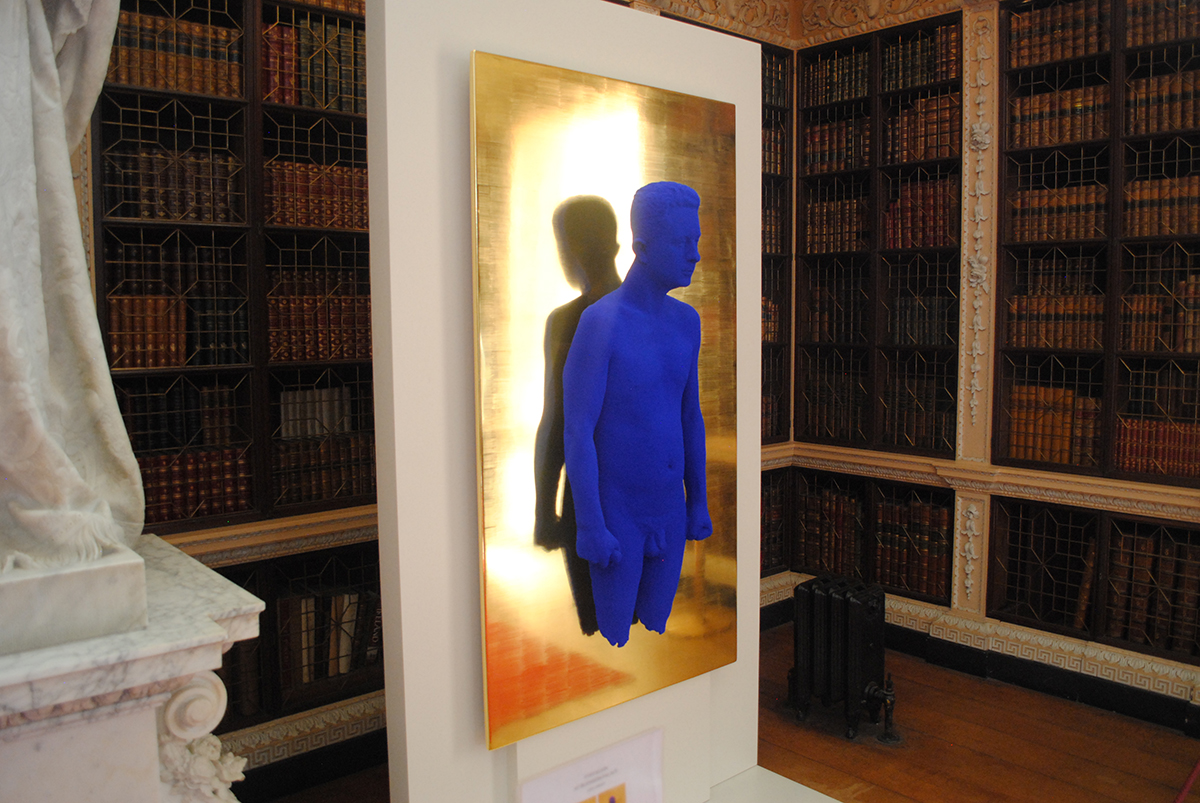 Here Klein’s work can be found residing among the marble and mahogany of the Palace’s stately rooms – the Yves Klein Blue has a potent visual vibrancy among the muted browns and faded tapestries – the colour sings and dominates this environment; not least of which are the artist’s portraits in relief of his friends, Arman the painter, a French-born American artist who can be seen in Andy Warhol’s film Dinner at Daley’s, and Claude Pascal, a composer who won the first prize of Prix de Rome in 1945. Both men were studying judo at a police school in Nice where they met Klein. The trio became great friends and subsequently hitch-hiked around Europe – the resulting portraits were created just months before the artist’s untimely death. 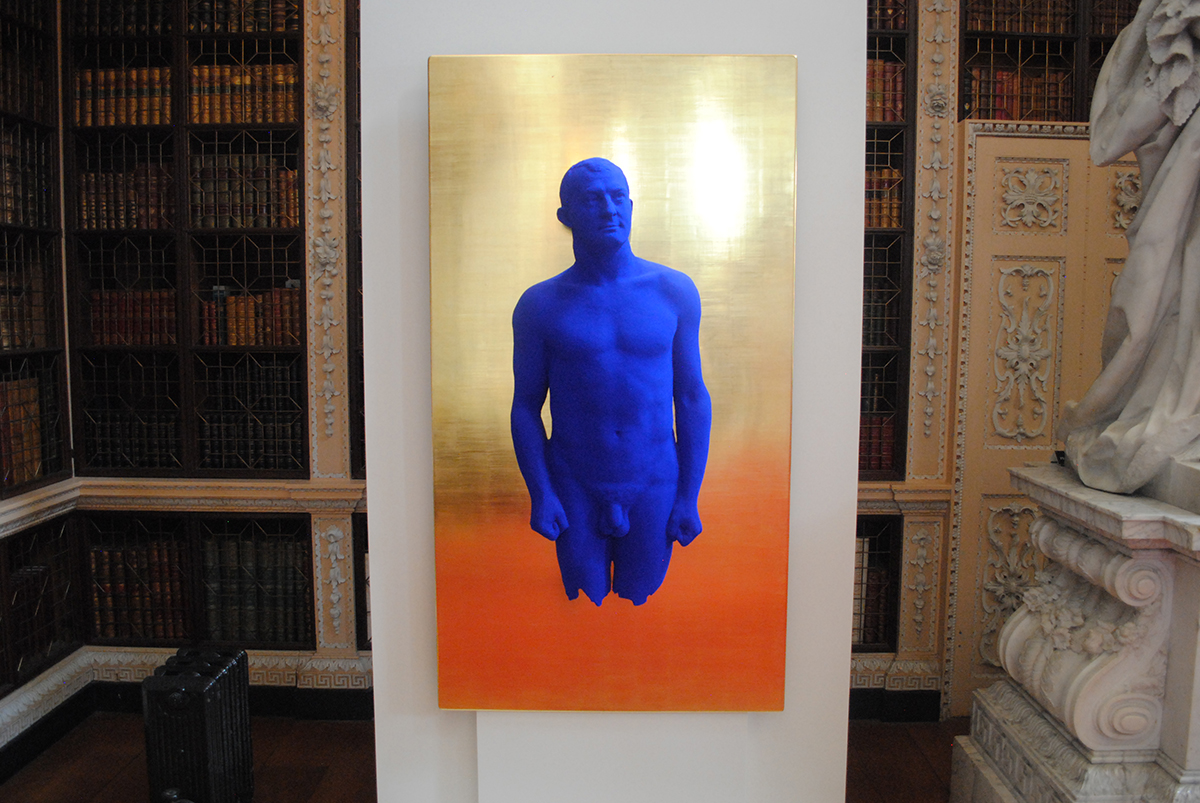 In 1959 Klien shifted from monochrome works to the use of gold, pink – and of course IKB – reflecting the artist’s ownership of the ‘celestial void’, colours combined to express a spiritual and immortal infinite – the artist’s optimistic eternity. 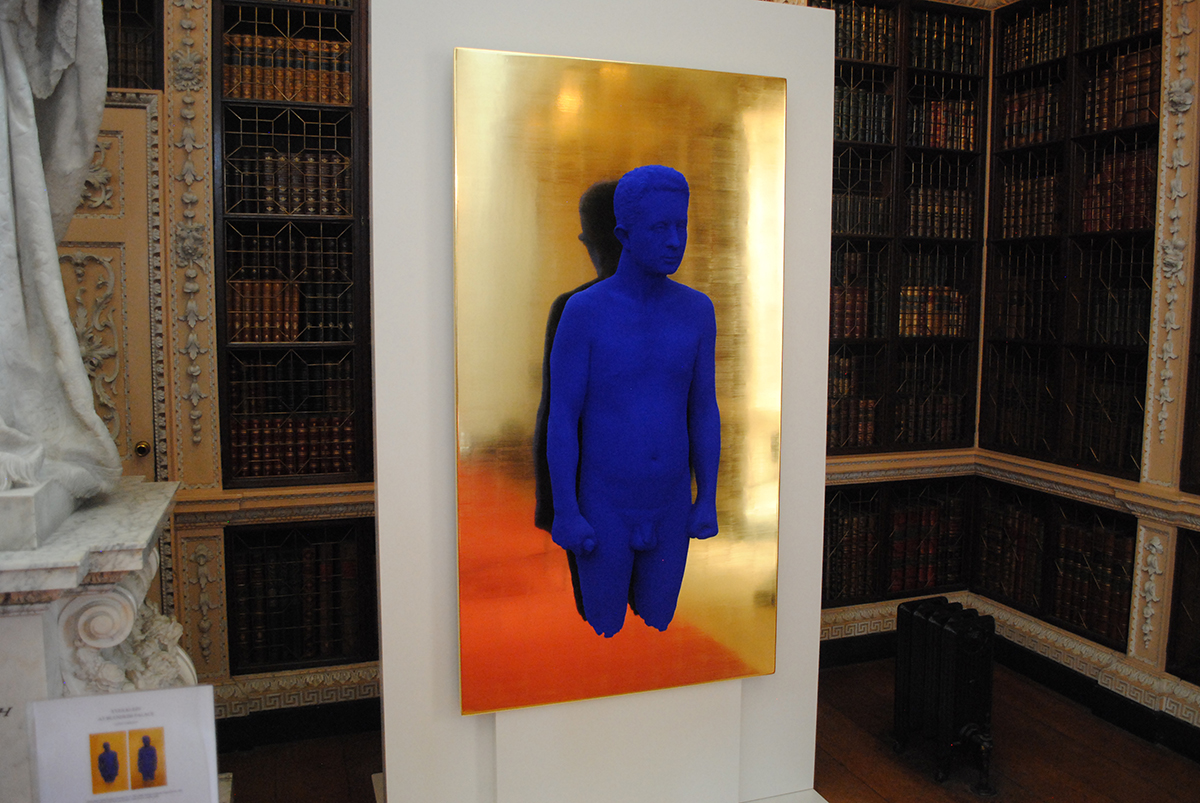 Klein set out to make a collective sculptural portrait of his fellow Nouveaux Réalistes, each portrait in relief and mounted on a majestic gold background, the artist’s two friends were cast from life in the same pose, the resulting works were then covered in Klein’s signature blue pigment – the artist’s own portrait was to be gold against a blue background – but that was not to be. 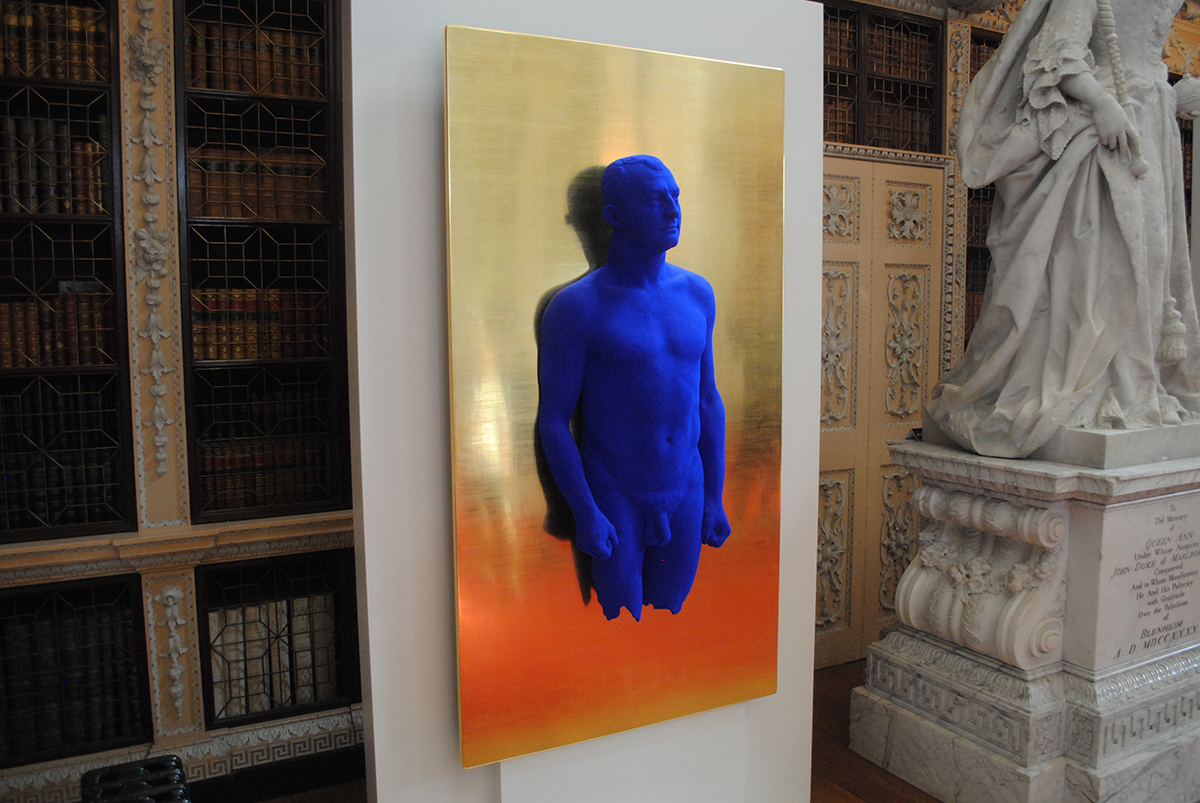 The works recall imperial Roman statuary, yet the pigment lends an immateriality to the figures, as if there is some kind of transmutation taking place before our eyes; as the seemingly alchemical pigment transforms optical space, the forms become strangely evanescent – like pseudo-religious metaphysical icons sinking into the vastness of the eternal – while a traditional statue of Queen Anne stands between them unquestionably grounded in the physical world, jealous of their unearthly levitation.