A dazzling new Serpentine Pavilion has been unveiled in London today. The 20th Serpentine Pavilion, designed by Johannesburg-based practice Counterspace, directed by Sumayya Vally will open to the public on 11 June 2021. Vally is the youngest architect to be commissioned for this internationally renowned architecture programme. The Serpentine Pavilion 2021 design is based on past and present places of meeting, organising and belonging across London. The forms in the Pavilion are a result of abstracting, superimposing and splicing architectural elements, varying in scales of intimacy, from various locations, translating the shapes of London into the Pavilion structure in Kensington Gardens.

This Pavilion, is centred around amplifying and collaborating with multiple and diverse voices – Sumayya Vally

The Pavilion references the architecture of markets, restaurants, places of worship, bookshops and local cultural institutions that are particularly significant to diasporic and cross-cultural communities in neighbourhoods including Brixton, Hoxton, Hackney, Tower Hamlets, Edgware Road, Barking and Dagenham, Peckham and Notting Hill, among others.

Counterspace is the 20th practice to accept the invitation to design a temporary Pavilion on the Serpentine Gallery’s lawn in Kensington Gardens. This pioneering commission, which began in 2000 with Zaha Hadid, has presented the first UK structures by some of the biggest names in international architecture. In recent years it has grown into a highly-anticipated showcase for emerging talent, from Frida Escobedo of Mexico to Francis Kéré of Burkina Faso and Bjarke Ingels of Denmark, whose 2016 Pavilion was the most visited architectural and design exhibition in the world. The Pavilion programme has evolved over 20 years as a commissioning platform for the Serpentine’s experimental, interdisciplinary live, community and family programmes.

A new fellowship programme to support artists, Support Structures for Support Structures, is being announced on the occasion of the 20th Pavilion, creating a legacy for this unique commission and signalling a new chapter in the commission’s history. Support Structures for Support Structures is conceived in collaboration with the Serpentine Pavilion 2021 architect Counterspace and draws on the history of Serpentine’s Civic Projects programme. The fellowship will support up to ten artists and collectives in London working at the intersection of art, spatial politics and community practice with an unrestricted grant of at least £10,000 to develop their creative ideas and will also invite grantees to join an interdisciplinary network for support, development workshops and mentoring. The ten recipients, who will be selected by a jury of leading professionals, will be announced in July. The selection committee is Sepake Angiama, Director, Iniva; Pooja Agrawal, CEO, Public Practice; Leopold Lambert, Editor in Chief, The Funambulist; Rita Keegan, Artist and Sumayya Vally, Architect, Counterspace. The panel will be chaired by Amal Khalaf, Civic Curator, Serpentine, who will not take part in the selection process.

The Serpentine Pavilion is FREE, no ticket required, and is open 10am-6pm every day. 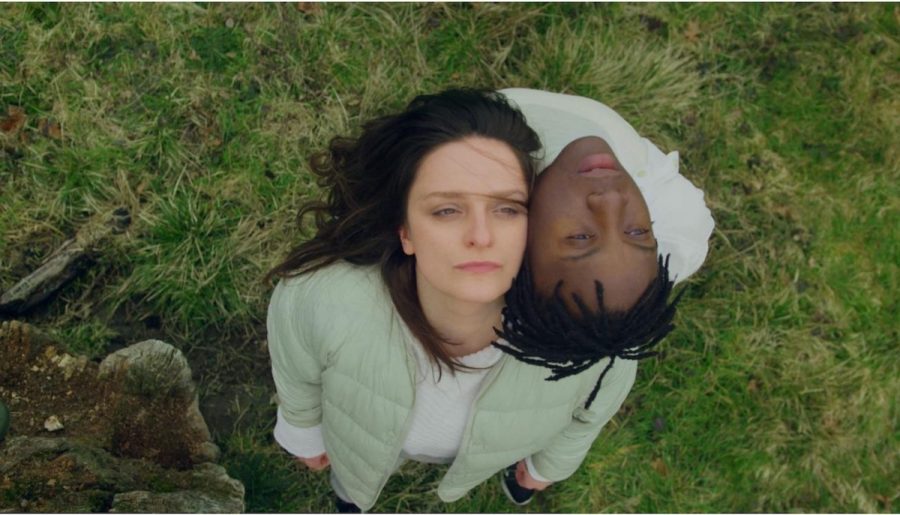 ‘Spring sometimes rises in me too’, a new video work by Sarah Hardie, is the winner of the inaugural Soho House Art Prize. Sarah, a Scottish/Italian artist, has been commissioned to create a symphonic video essay that was written throughout lockdown in 2020 and explores issues of love, desire, female experience and feminism. The film will be publicly available to watch from Wednesday 9 June, via

The video was inspired by Hardie’s biography and the events of Summer 2020, explores the “marks” our mothers’ love and voice leaves on “us” and the marks we leave on others and the earth around us.

Spring sometimes rises in me too is a duet across time incorporating a practice tape of Hardie’s mother – who trained as a professional opera singer – recorded before the artist was born. This symphonic-video-essay will chart the distance between their songs, the distance of a life in all its dreams and disappointments: a result of their female symbiotic co-creation across generations. It is an ode to the unrealised dreams of mothers who have enabled their daughters’ through their care, and the cyclic nature of reproduction, and destiny perhaps, bringing her song full circle for audiences in 2021.

The title of the film is taken from a line in Zadie Smith’s publication Intimations: Six Essays (also written throughout lockdown 2020), in which the writer discusses the notions of her initial vehement resistance but inevitable submission to nature, and the transformative vision of creators.

In the words of the artist, “I make art so others feel less alone when they experience it and I hope that by including both my own personal truth alongside in-depth research across disciplines I cut to the root of some concerns that people experience, and perhaps shine some light on those by looking at them through an artistic lens. These include: issues of declining fertility, loneliness, longing, desire, as well as ideas around making, and wider socio-political issues concerning inequality as a human being witnessing injustice in the world (even as I recognise my own oftentimes privilege).”

The Soho House art collection is one of the largest private collections of its kind, with over 5000 art works on permanent display in Soho Houses across the globe. An integral part of Soho House’s identity, the collection plays a key role in engaging with the creative community and features work by museum level artists such as Damien Hirst, Tracey Emin, Lee Kit, Yinka Shonibare CBE, Nan Goldin, Oscar Murillo, Elmgreen and Dragset, Tacita Dean, Rashid Johnson, Jenny Holzer, Lynette Yiadom- Boakye, Deborah Roberts and Ed Ruscha, alongside younger and more emerging talent.

“The first Soho House Art Prize was launched with Bombay Sapphire at a moment of great uncertainty across the world. We hoped it might provide a source of inspiration and support to artists at a difficult moment. We were delighted, moved and motivated by the incredible applications we received, especially those of the runners up and our fantastic winner Sarah Hardie. – Kate Bryan Soho House Head of Collections.

The Line, in partnership with Newham Council, is delighted to announce Madge Gill: Nature in Mind, a special presentation of the work of Britain’s most revered Outsider artist. Timed to mark the 60th anniversary of her death, twenty large-scale reproductions of her mesmerising drawings and watercolours will be installed along the three-mile route of The Line from Queen Elizabeth Olympic Park to the Royal Docks in Newham – the borough where Madge lived and produced the majority of her work between 1920 and 1961.

Established in 2015, The Line is London’s first dedicated public art walk; an outstanding, free outdoor art gallery, following the waterways and line of the Greenwich Meridian along a route which passes through 3 of the most diverse boroughs in the UK: Newham, Tower Hamlets and Greenwich.

Born illegitimately in the East End of London in 1882, Gill’s life is a story of triumph over adversity: a working-class woman of limited means, she suffered the deaths of two children and considerable ill health. The hardships she endured saw her turn to spiritualism in her late 30s, a practice which became central to her life and work. She claimed that it was a spirit named Myrninerest who guided her to create the complex geometry, enigmatic faces and botanical forms which fill her intricate work, creating patterns that hold an otherworldly power.

Although self-taught, and working outside of the mainstream art world, Gill was recognised and celebrated during her lifetime. Her work was collected by Jean Dubuffet and is currently included in the major exhibition of his work at the Barbican, which showcases his collection of Art Brut. She also exhibited alongside artists including Augustus John at Artists Aid Russia at the Wallace Collection (1942) and she was a regular at the annual Whitechapel Open – exposure which inspired the popular Weekly Illustrated magazine to publish a photo story about her work.

The full remarkable extent of Gill’s artistic output was not revealed until her death and the subsequent discovery of thousands of detailed drawings, paintings and textiles at her home in East

Ham, Newham. This collection was gifted by Gill’s family to Newham Council and now represents the largest collection of Gill’s work in the world. The twenty digitally reproduced works for The Line are all selected from this archive and have been chosen to demonstrate the range and brilliance of this important artist, focusing on the influence of nature in her practice.

Nature in Mind takes us on a trail through five locations on The Line: an underpass at the southern edge of Queen Elizabeth Olympic Park, The House Mill, Cody Dock, Star Lane and Royal Victoria Dock. Excitingly, it also includes two monumental presentations of Gill’s work: a botanically-inspired drawing spanning both sides of a bridge over the River Lea at Cody Dock and Red Women, a 9-metre long work that has never been exhibited in its entirety due to its scale, which is to be installed opposite Star Lane DLR station.

This exhibition has been curated in collaboration with Sophie Dutton (Works by Madge Gill) who edited the major publication on Gill’s work, Madge Gill by Myrninerest, and curated the 2019 retrospective at William Morris Gallery. This exhibition has particular significance for The Line as the organisation’s late co-founder, and Sophie Dutton’s father, Clive Dutton OBE (1953-2015), was determined that Newham Council’s collection would be brought to light.

There is a satisfying aptness to this outdoor presentation which Gill would surely have enjoyed. She often brought her larger-scale work outside into her garden to view it as a whole and she would doubtless have enjoyed the idea of her work being displayed as a vibrant outdoor exhibition alongside a wealth of native flora. Throughout her life she also had reason to understand the value of art and nature in maintaining her mental wellbeing and this is something which locals and visitors to the area can experience as they walk the route of The Line.

Madge Gill (1882-1961) is widely regarded as a central figure of mediumistic art and Britain’s most important Outsider artist. Born Maude Ethel Eades, Gill’s early life was shaped by her illegitimacy and relative poverty. Aged 9, she was placed in the Dr Bernardo’s Girl’s Village Home before being sent to Canada as a British Home Child to work as domestic servant. In 1900 she returned to East Ham, initially living with an aunt who introduced her to spiritualism and astrology, practices which were to become central to her adult life.

An unhappy marriage to her cousin and death of 2 children, including a still-born daughter, all took their toll mentally and physically on Gill and lead to periods of hospitalisation for an unspecified nervous disorder. These traumas also led Gill more deeply to spiritualism and in 1920, the 1st reported possession by Myrninerest, her spirit-guide – a phantom figure who would remain with her for the rest of her life.

Gill’s artistic output after this time was immense and she would create work in an almost frenzied trance-like state, switching between a whole range of creative modes including drawing, painting, crochet, knitting and writing. Whilst she exhibited and was known during her lifetime, Gill avoided the limelight and she sold little of her output, explaining that her work really belonged to Myrninerest. Posthumously, Gill’s work has been celebrated in numerous exhibitions internationally. As well as the London Borough of Newham’s collection, Gill’s works are held in public collections including the Collection de l’Art Brut, Lausanne, Switzerland and The LaM, Villeneuve d’Ascq, France.

Workshops and exhibitions with community groups have been curated in locations connected to Gill’s story; including an exhibition of works by Action Space members in Walthamstow in 2019. For further information about Madge Gill and the ongoing wider projects: http://madgegill.com