Sotheby’s has announced the winners of the 2019 Sotheby’s Prize, which, in its third year, continues to celebrate curatorial excellence and champion the work of innovative institutions who strive to break new ground by exploring overlooked or under-represented areas of art history.

The jury decided that the $250,000 award should be shared between two innovative exhibition projects in Brazil. This is the second time the Sotheby’s Prize will be shared between two separate exhibitions. The ground-breaking project entitled OPY sees three different institutions, PINACOTECA, CASA DO POVO AND KALIPETY, a state museum, a cultural centre and a house of prayer, join forces to explore the place of the indigenous in Brazilian culture (July 2020); and an exhibition at MASP – MUSEU DE ARTE DE SÃO PAULO will present the art and visual culture of different indigenous histories from across the world, bringing together works of different mediums, origins and periods, from the sixteenth to the twenty-first century (October 2021).

Allan Schwartzman, co-creator of the Sotheby’s Prize and Chairman and Executive Vice President of Sotheby’s said: “In recognising these projects, we hope to embrace a city and a country grappling with its biggest and most timely issues – issues that are equally relevant to the rest of the world.”

Launched in May 2017, the Sotheby’s Prize offers an annual sum of up to $250,000 to recognise curatorial excellence and help facilitate exhibitions that challenge our understanding of art today.

In addition to the main Sotheby’s prize, a sum of $10,000 is also awarded to several institutions whose exhibitions and initiatives are judged by the jury panel to be inspiring and transformative: 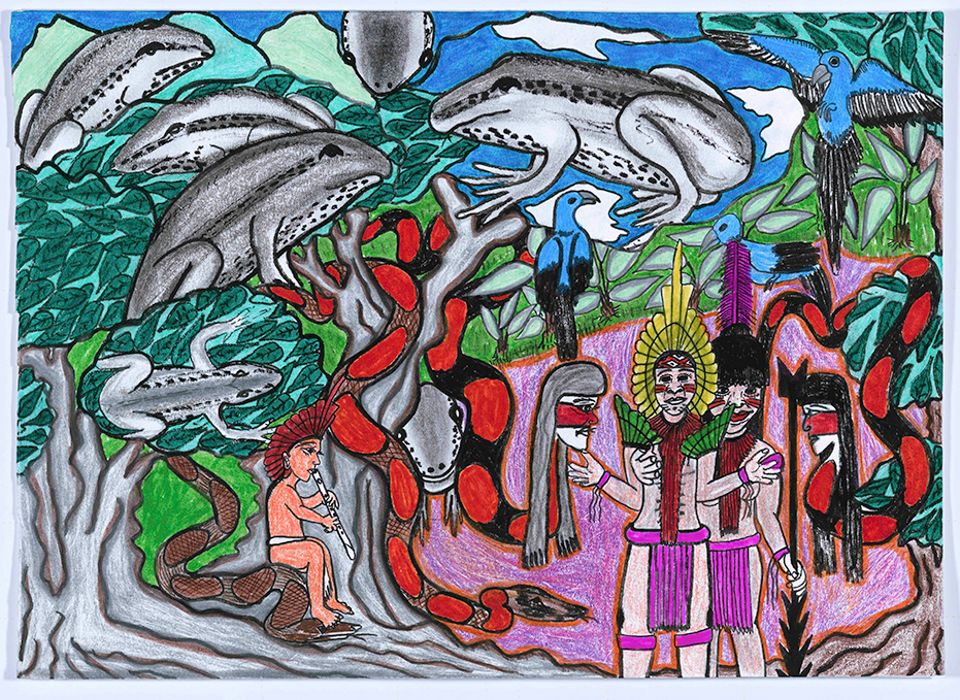 This project sees three different, but complementary institutions join forces to stage an exhibition responding to a question posed by the tragic fire at Brazil’s National Museum: What if we look at art history from the point of view of what is not there? Through an exhibition of contemporary indigenous artists and a series of performances and seminars; by fostering actions outside the museum’s physical limits; and by creating friction between the museum collection and indigenous art practices, this project aims to highlight the absence of indigenous art in museum collections, address questions of preservation, and rehearse another Brazil.

Emilie Gordenker said: “This is an exemplary project showing how institutions can collaborate in a meaningful way to explore a set of questions around cultural patrimony and indigenous art. It is particularly timely in the aftermath of the fire that ravaged Brazil’s national museum.”

Sir Nicholas Serota said: “Institutions of different types and scales rarely work together in a collaboration. Here, a state museum, a cultural centre and a house of prayer are working together to explore the place of the indigenous in Brazilian culture. Large institutions can learn from small and this collaboration will strengthen all three institutions.”

Jochen Volz, General Director of Pinacoteca de São Paulo, said: “Pinacoteca has been working with guest curator Naine Terena on the preparation of an exhibition of contemporary indigenous artists for some time, but only through the Sotheby’s Prize will we be able to partner with Casa do Povo and the Kalipety village to raise even larger questions around the project: What makes art indigenous? Is not the indigenous definition of art-making so much wider, naturally including music, dance, story-telling, and the passing on of knowledge? What are the contemporary indigenous conditions of making and of occupying spaces?”

Jera Guarani, Leader of Kalipety, said: “Our interest in this work is deeply connected to the moment we are living now, about our political reality. We need more than ever to strengthen ourselves as a people that resists – and re-exists – throughout the more than 500 years of contact with the so-called ‘civilised’ people who have only brought destruction upon us. Today, strengthening our culture, strengthening our struggle, means guaranteeing the continuity of our people and the preservation of the little nature that remains.”

Benjamin Seroussi, Director of Casa do Povo, said: “In the Brazilian context, decolonising art institutions also means indigenising the very notion of art. By articulating a museum, a cultural centre and a Guarani Mbya village in the making of an art exhibition, OPY is a unique occasion to experiment, rehearse and expand this issue on a real scale. Such project dialogues strongly with Casa do Povo’s programme that aims at broadening the notion of culture. This endeavour cannot be done only in the realm of ideas. It will only be relevant if it also makes sense for indigenous communities to step in”.

This exhibition will present the art and visual culture of different indigenous histories from across the world, bringing together works of different mediums, origins and periods, from the sixteenth to the twenty-first century. “Histórias” in Portuguese encompasses fiction as well as non-fiction, and personal accounts as well as historical ones. In this sense, it is a more fragmented and open-ended term than its English equivalent, and this polyphonic quality is what binds the broad range of material in the exhibition. Each of the regional sections – Australia, Brazil, Canada, Mexico, New Zealand, Peru, and Sami (Norway) – will be curated or co-curated by indigenous curators or artists with an indigenous background.

Donna de Salvo said: “This is an extremely compelling proposal from a curatorial team that has a proven ability to organise complex exhibitions that break new ground and propose critically needed narratives of aspects of history too long ignored. It can be a game-changer.”

Sir Nicholas Serota said: “The jury was struck by the depth of research at this stage of the project and by the collaboration on the exhibition with corresponding institutions in other parts of the world. The exhibition promises to be an authoritative examination of the phenomenon of indigeneity, which has become an important subject of enquiry in the visual arts.”

Adriano Pedrosa, Artistic Director of MASP, said: “We are thrilled to receive the Sotheby’s Prize, as it will provide significant financial support for our project ‘Histórias indígenas’ at MASP, also giving it exceptional international visibility at this early stage. This is particularly crucial at a time when all such histories are becoming increasingly urgent and need to be addressed, while the funding for their projects remains quite challenging.”

Nigel Borell, Curator of Māori Art, Auckland Art Gallery, said: “This acknowledgement of ‘Histórias indígenas’ reiterates the care, vigour and integrity with which this conversation about global Indigenous art histories has developed with this project at MASP, not just with invited Indigenous curators globally but also locally with the numerous Indigenous Amazonian voices that have been included in this pertinent understanding of histórias indígenas. This is impressive and shows a genuine commitment and desire to engage with the topic in empowering ways for Indigenous peoples.”

A further $10,000 has also been awarded to the following commended institutions: the Newberry Library in Chicago, the Virginia Museum of Fine Arts, the Contemporary Arts Museum Houston and Fisk University Galleries.