Museums, galleries and historic houses across the UK are facing a crisis due to the impact of Covid-19, with six in ten (60%) surveyed worried about their survival. Today Art Fund, the national charity for art, has released new research showing the perilous position of the country’s much-loved museums, alongside an urgent new crowdfunding appeal: Together for Museums.

The UK’s 2,500 museums were thriving before the pandemic hit, providing inspiration, joy and education, enriching lives and bringing communities closer together. But national and local lockdowns, combined with social distancing limiting visitors, have been catastrophic. Despite this, only half (55%) have received emergency funding to date, with 56% of those saying they would have gone under if they had not received it.

Museums have shown they can respond to this crisis with creativity and serve their communities, but need urgent help. Together for Museums aims to raise £1 million directly for museums to adapt to today’s challenges and evolve. Art Fund is asking the public to make donations of any size. From just £15, unique objects and artworks are available as rewards, created by leading artists including Lubaina Himid, Anish Kapoor, Michael Landy and Melanie Manchot.

The need for support is enormous. In the last six months, Art Fund received applications totalling over 16.9m from 451 organisations for its £2.25m emergency funding to help museums adapt to Covid-19, which is now exhausted. In the first two rounds, just 17% of applications could be supported. Museums rely on visitors and the income they bring to survive, but many are struggling to reopen. Amongst Art Fund’s 800 museum partners, 20% have been unable to reopen at all following the first UK-wide lockdown. This number will remain high as museums in England are now shut in line with government guidelines, whilst those in Northern Ireland, Scotland and Wales have also been subject to localised lockdowns. The new research found just 35% of museums closed between lockdowns were confident that they would reopen again in the coming months.

Last month, average visitor levels fell to just 25% compared to October 2019. This has led to a massive reduction in income – 77% say that it is ‘significantly or severely’ down or they are earning nothing at all. These statistics have worrying implications for the future of these organisations, and the tens of thousands of people who work at them – over half (61%) are concerned about losing their job.

Museums know a new approach is needed to come out of this crisis: nine out of ten (92%) say that they will need to ‘adapt and innovate’ to survive Covid-19 and post-Covid times. Applications to Art Fund’s emergency Respond and Reimagine funding programme this year showed museums rethinking how they work, making their venues Covid-safe, and taking exciting projects out into their communities despite enormous challenges. The £1 million targets for Together for Museums will enable so many more to respond to the crisis with creativity, and imagine a better future: from pioneering projects for schools; to taking collections out to the community; adapting spaces for visitors; digital engagement for those that can’t currently visit; and creating exhibitions for reopening. Over £250,000 for Together for Museums has already been raised through over 2,000 donations from Art Fund members and supporters, taking the charity a quarter of the way towards the target.

The Bicycle Thief: Banksy’s Pilfered Installation Back Up And Running

A bicycle used as part of Banksy’s latest installation has been replaced after the original was stolen over the weekend. The bike and hula-hooping girl went viral when it appeared on the side of a Nottingham beauty salon last month. A new bicycle featuring a different-looking tyre and seat – was spotted by the artwork today.

The installation appeared on the junction of Rothesay Avenue and Ilkeston Road on 13 October. The bike used included a twisted front wheel and missing a back one. The girl in the stencilled painting is using it as a hula hoop.

Hundreds of fans queued to get a snap with the artwork, and the city council protected it with a transparent cover before it was twice targeted with spray paint. Now the replaced Raleigh Outland mountain bike has been spotted. 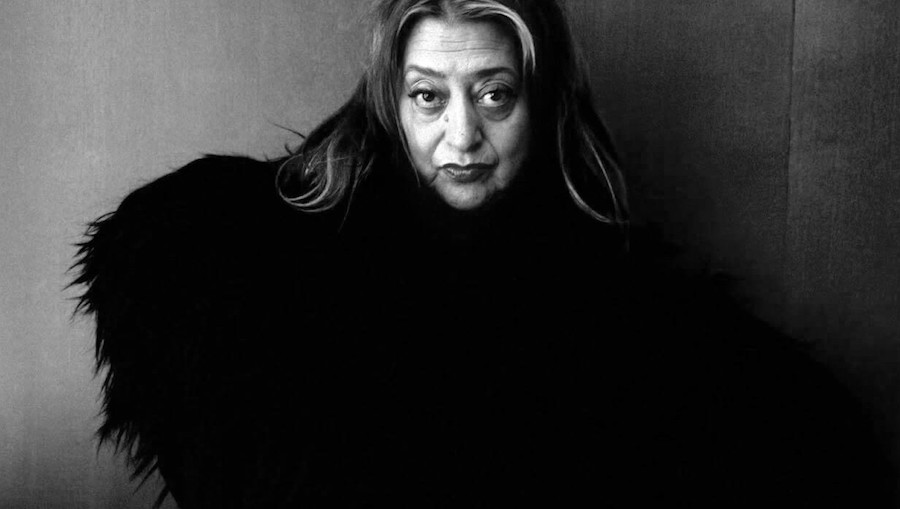 Dame Zaha Hadid’s estate finally looks settled four years after her death. The “toxic dispute” between the executors, including the future of her architecture practice, is now closer than ever to resolution. The long-running dispute was settled in a volatile court hearing worthy of a television law drama. It included allegations of financial mismanagement, disregard for corporate governance and “clandestine relationships”. The practice principal and junior members of staff were finally able to iron out the differences after the judge intervened.

The four executors will now oversee Hadid’s assets which will go to her charity, the Zaha Hadid Foundation, establishing a museum and award for architectural education scholarships to Arab women.