A sculpture in the style of Robert Indiana’s iconic ‘Love’ work, by former Andy Warhol superstar Ultra Violet, (Isabelle Collin Dufresne) may be selected as one of the original pieces of art on display in the new 9/11 Museum’s permanent collection. Dufresne told the NYDN that her palindromic design, spelling the numbers nine and eleven in roman numerals “IXXI,” is being considered for the Lower Manhattan museum’s collection. A three-foot marquette, in her trademark dark magenta palette, a tone of anguish in Europe, is the central piece in an exhibition to open at New Jersey City University in September. If the piece is chosen for the museum she wants to “to have it produced in a much larger scale.” Alice Greenwald, director of the memorial museum, has been considering the sculpture for its collection, since seeing a version of it on display at a reception given by the French ambassador in Dufresne’s honor months ago. Of course the large-scale sculpture won’t be ready for the 9/11 Museum’s opening ceremony, on the ten-year anniversary of the attacks next month, especially if it’s made of Corten steel like Indiana’s “Love” sculptures. But versions of “IXXI” will be on view at the Queensborough exhibition for the occasion. Ultra Violet was a friend of Salvador Dali and a Warhol, superstar. She still cries when she talks about a attacks of Sept. 11, 2001. Dufresne has written a poem to help with the grief that most New Yorkers “still suffer”.

Isabelle Collin Dufresne was born 6 September 1935 in La Tronche, Grenoble, France. Her stage name Ultra Violet was a reference to her hair colour. She is an artist, author,actress and former colleague and superstar of Andy Warhol. She was brought up in a strictly religious family but rebelled at an early age. Isabelle was instructed at a Catholic school and in 1951, she left France to try her luck in New York. After a meeting with Salvador Dalí, she became his “muse” and pupil and then became an artist in her own right. In the 1960s, Dufresne began to follow the progressive American art scene including Jasper Johns, Robert Rauschenberg, and James Rosenquist. She eventually came into contact with Andy Warhol and his Factory. In 1964, she selected the stage name Ultra Violet at Warhol’s suggestion because it was her preferred fashion—her hair color at the time was normally violet or lilac colored. She became one of many “superstars” in Warhol’s Factory and played multiple roles in his films. Towards the late 1960s, she was “dethroned” in favor of Viva, a more recent discovery.

The piece can be seen at Queensborough Community College of the City University at an exhibit titled, NEW YORK – “MEMORIAL IX XI,” that runs Sept. 9 through Oct. 10; and at an exhibit at New Jersey City University titled, “Afterwards & Forward: A Ten-Year 9/11 Reflective Art Exhibition,” that will run Aug. 29 to Sept. 27.

“Shattered was my heart on that terrorist day
Nightmares haunted my dreams and days
Floods of interrogations rushed in.
Why eternal violence around the world?
Is Orient waxing? Is Occident waning?
Am I guilty? Have I been my brother’s keeper?
How to heal the planet and my fractured heart?
It has been 10 years since the event. My heart has mended.
To be grateful for what remains.
To look at tomorrow with wonder eyes, as a child.
To forgive, to love unconditionally.
To embellish the world: America the beautiful.
To connect truth and beauty.
To cherish the good will of mankind everywhere
To give a peaceful, noble, regal tribute
Is my intention in creating Roman numerical marking of time.” 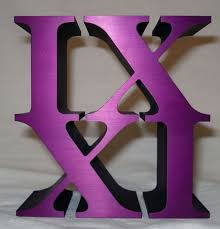