VideoVirus is a powerful new film by AA Bronson and General Idea. Reimagining their historic Imagevirus for a global audience, the artwork comes to life in a hypnotic video animation that virally transmits their activist message across billboards in London, Milan, New York, Seoul & Tokyo.

General Idea was a collaboration between AA Bronson, Felix Partz and Jorge Zontal

Throughout December, CIRCA is proud to partner with UNAIDS and Terrence Higgins Trust to mark 40 years since the disease was first recorded in 1981. A new work by AA Bronson, the sole surviving member of the General Idea art group, draws inspiration from the viral intentions of Imagevirus, which in the mid-1980s spread consciousness of the epidemic by reappropriating Robert Indiana’s famous LOVE logo, virally transmitting the AIDS symbol through cities in the form of paintings, sculptures, videos, posters, and exhibitions.

From ‘Imagevirus’ original intention of rendering visible an ignored crisis, today’s VideoVirus colourfully heralds our progress toward the eradication of AIDS, with CIRCA’s global presentation amplifying the commitment by international health organisations to achieve zero new HIV transmissions by 2030.

Artist, healer and curator AA Bronson explains: “General Idea first developed the concept of viral images in the early 1970s. In the mid-80s that work became prophetically and tragically true, with the appearance of the HIV virus. In 1987 we exhibited our first AIDS painting and papered lower Manhattan with AIDS posters in the hope of making the image indeed viral. Thirty-five years later, and marking the 40th anniversary of AIDS first being recorded, I am honoured to join the CIRCA platform with this reimagined “VideoVirus.” General Idea’s VideoVirus replicates the spread of HIV to the four corners of the world; it expands General Idea’sIdea’s signature theme of “image as virus” for a global audience.”

General Idea, a collaboration between AA Bronson, Felix Partz and Jorge Zontal, began in Toronto in 1969. The group’s transgressive concepts and provocative imagery challenged social power structures and traditional modes of artistic creation in ever-shifting ways until Partz and Zontal’sZontal’s untimely deaths from AIDS-related causes in 1994. 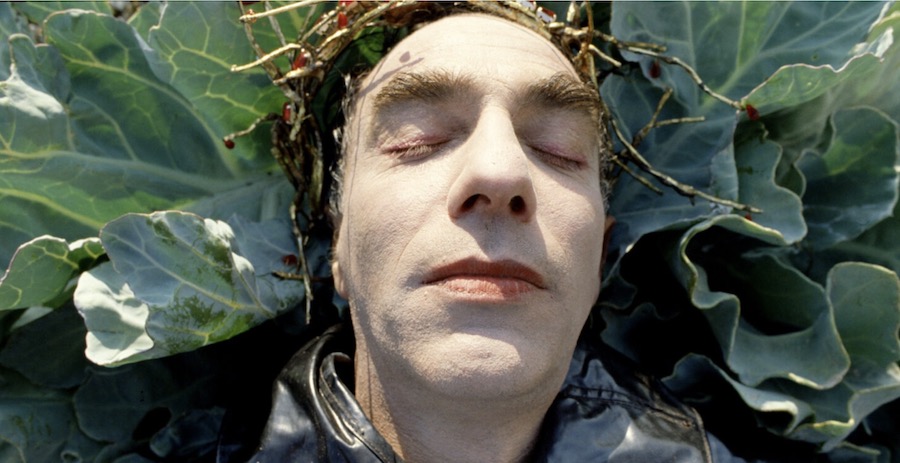 John Hansard Gallery presents Derek Jarman’s Modern Nature, an exhibition curated with author Philip Hoare which draws on Derek Jarman’s extraordinary legacy as a radical artist, filmmaker, writer, gardener, and activist. The exhibition focuses explicitly on his lifelong passion for plants, the human body, the landscape and the greater environment, as evidenced in the living artwork of Prospect Cottage and its shingle garden in Dungeness, Kent. Created between 1987 and 1994, the house and garden continue Jarman’s legacy into the 21st century as a kind of barometer of the deep past and the near future.

Expanding on Jarman’s time-travelling aesthetic, Derek Jarman’s Modern Nature will include rarely seen examples of his earliest landscape paintings, from the 1960s up to his vibrant late paintings of Dungeness from the 1990s. These will be presented in correspondence with works by Neo-Romantic artists such as John Minton, John Piper, Graham Sutherland, and Keith Vaughan; from the surrealists, Eileen Agar and John Banting, through to Albrecht Dürer’s Renaissance darkness, all seeking to explore the depth of Jarman’s influences and intuitions.