The African American painter Jack Whitten has died age 78. His gallery Hauser & Wirth put out the following statement on Sunday.

Jack Whitten holds a unique place in the narrative of postwar American art.

“Celebrated for his innovative processes of applying and transfiguring paint in works alert to politics, identity, and societal coordinates, Jack Whitten holds a unique place in the narrative of postwar American art. Over the course of his five-decade career, Whitten constructed a bridge between gestural abstraction and process art, experimenting ceaselessly to arrive at a nuanced language of painting that hovers between mechanical automation and deeply personal expression”.

Mr Whitten recently exhibited his work in the Black Power ‘Soul of A Nation’ exhibition at Tate Modern. He leaves behind a legacy of artwork in the Abstract style. His process-based canvases pushed abstraction to a new level breaking with traditions. His work was only given prominence over the last few years with major gallery interest and a hectic schedule of Museum shows. 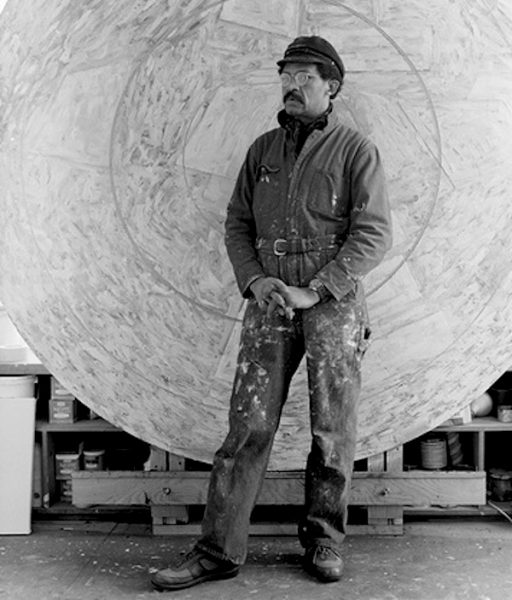 Jack Whitten was born in Bessemer, Alabama, the son of a seamstress, twice widowed. His father, a coal-miner, died while Whitten was a child. Planning a career as an army doctor, Whitten entered pre-medical studies at Tuskegee Institute where he took some pilot training and became inspired by George Washington Carver’s legacy as a scientist, inventor and artist. He also travelled to nearby Montgomery, Alabama to hear Martin Luther King, Jr speak during the Montgomery Bus Boycott and was deeply moved by his vision for a changed America.

Whitten went to Southern University in Baton Rouge, Louisiana to begin studying art and became involved in Civil Rights demonstrations there. Angered by the violent resistance to change he experienced he moved to New York City in 1960. He enrolled immediately at the Cooper Union, graduating with a bachelor’s degree in fine art in 1964. Afterwards, he remained in New York as a working artist, heavily influenced by the abstract expressionists then dominating the art community.

Whitten’s work was featured in the Annual Exhibition of Contemporary American Painting at the Whitney Museum of American Art in 1972. The Whitney mounted a solo exhibition of his paintings in 1974. He has also had individual shows at numerous private galleries and universities, including a 10-year retrospective in 1983 at the Studio Museum in Harlem and an exhibition of memorial paintings in 2008 at the Atlanta Contemporary Arts Center in Atlanta, Georgia, As well as featuring in the Tate Modern Exhibition Black Power – Soul Of A Nation

Throughout his career, Whitten has concerned himself with the techniques and materials of painting and the relationship of artworks to their inspirations. At times he has pursued quickly-applied gestural techniques akin to photography or printmaking. At other times the deliberative and constructive hand is evident. The New York Times labelled him the father of a “new abstraction”.

When the terrorist attacks on the World Trade Center occurred, Whitten was at his studio on Lispenard Street in Tribeca watching the first plane hit. He spent two years constructing a monumental elegiac and emotion-filled panel, with ashes embedded into it, as a memorial of the day.

In 2014, a retrospective exhibition was organized by The Museum of Contemporary Art in San Diego. The exhibition travelled to the Wexner Center for the Arts in 2015 and to the Walker Art Museum in 2015 and 2016.

Whitten is represented by Hauser & Wirth and Zeno X Gallery in Antwerp, Belgium.

At the time of his death, Whitten and his wife Mary resided in Queens, New York.