The decedent Chinese artist Ai Weiwei has created a flag to celebrate the 70th anniversary of the Universal Declaration of Human Rights. This is a significant new project announced to raise awareness of human rights across the UK and for generations to come. The new flag was commissioned in response to the real and present dangers of a world changing at break-neck speed, to offer hope and to educate generations to come about the absolute importance of universal human rights. This grassroots moment of creative awareness and activism will be led – jointly and uniquely – by arts organisations and human rights charities.

IN JUNE 2019, THE FLAG WILL BE FLOWN FOR 7 DAYS MARKING 70 YEARS ACROSS THE COUNTRY

The flag will be available to schools and care homes, town halls and office blocks, hospitals and libraries across the UK, with everyone invited to Fly The Flag for Human Rights six months from now between 24 – 30 June 2019 in events across the country, more information on which will be released in due course. Wherever flown, both physically and digitally, by groups or individuals, big or small, the flag will mark the value of human rights in everyone’s daily lives in the UK. 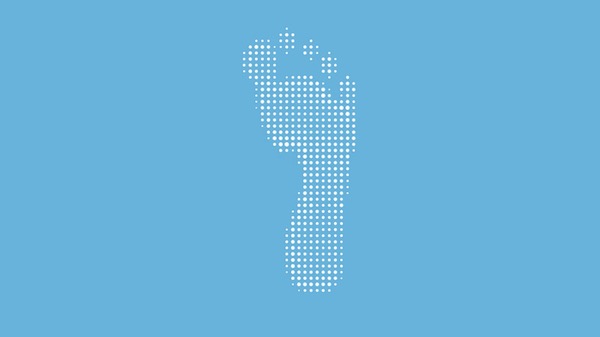 Mr Ai says this flag is just the start. He encourages everyone to make this flag their own to represent the shared ideal of human rights.

Education packs have been produced, by the Donmar Warehouse in collaboration with Liberty, to creatively explore Fly The Flag. Designed to support the Citizenship and PSHE curriculum for Key Stages 1-5, the education packs support teachers and young people to engage with human rights issues. The packs are available to download for free at flytheflag.org.uk from 10 December 2018.

The original Universal Declaration of Human Rights was created by women and men who witnessed first-hand the horror and inhumanity of the Second World War and were determined that it should never be repeated. And today, through the UK Human Rights Act, this powerful idea protects the rights of everyone in this country. Human rights inspire a vision of a world free from abuse and cruelty and empower by protecting people from state abuse and curbing the reach of society’s most potent, ensuring that a minimum standard of safety and dignity is guaranteed to every human being.

Fly The Flag was launched today at Forest Gate Community School in London.

“Mr Ai is honoured to have the opportunity to design a flag for the 70th anniversary for the Universal Declaration of Human Rights. As we all come to learn, human rights are the precious result from generation after generation’s understanding of the human struggle. He is proud to be a part of this force.” — Ai Weiwei’s studio, Berlin
“In 1948, a group of visionary women and men drafted the landmark Universal Declaration of Human Rights – a set of protections and fundamental freedoms that should be available to human beings everywhere. Some of these rights were ones long enjoyed in Britain, like free speech and the right to a fair trial. But seven decades on, many British citizens seem unaware of these freedoms or indifferent to them, and some view human rights very negatively. This project will use the 70th anniversary of the Universal Declaration to take on this apathy, explain what human rights are and why they matter to all, highlight new threats to rights posed by growing levels of bigotry and xenophobia, and help build a bigger, more diverse and more energised British constituency for human rights.” — the late David Mepham, UK Director, Human Rights Watch
“After the horrors of World War, Two people came together to create a better future – one of peace, equality and dignity. Taking life in the Universal Declaration of Human Rights and the UK Human Rights Act, those values mean that ordinary people have the right to be treated fairly. Thanks to human rights, we can all stand up for ourselves, our families and communities. This project is about celebration and empowerment – a simple way for us to come together to recognise and rejoice in our rights and take pride in the freedom they can give us.” — Martha Spurrier, Director, Liberty

“Seventy years ago, out of the devastation of the Second World War, nations came together to create a framework of human rights. And those 30 articles, that celebrate justice, fairness and freedom, are as important now as they were back then. For Amnesty International, it is the very document that acts as our guiding principles and has helped us build a movement of seven million people across the world standing up for humanity and human rights. We are delighted to be part of this initiative which will help inspire even more people to spread the word and to get involved in actively promoting and protecting human rights in communities throughout the UK and beyond.” — Kate Allen, Director of Amnesty International UK

“In these queasy and uncertain times, it is impossible to overstate the importance of using culture to ground and to grow public knowledge of the Universal Declaration of Human Rights, a great act of civilisation.” — Josie Rourke, Artistic Director, Donmar Warehouse

“Through this collaborative project, we’re working to harness the collective power of cultural organisations, artists and charities, up and the down the UK. Together, we will mark this important anniversary, and empower people with the knowledge and personal ownership of their own human rights.” — Rufus Norris, Director, National Theatre

“Human rights are like the air we breathe. We don’t think about how much we need them until they’re taken away. We need to know them, value them, protect them, celebrate them, strengthen them. This project is one way to get us going” — David Lan

“The Universal Declaration of Human Rights sets out basic freedoms that every one of us is entitled to, such as freedom of thought, speech, religion and belief. However, not everyone may know what these rights are and how they are currently protected in UK law. Today, it is time to remind ourselves of our human rights and how to uphold them in our lives – at work, at school, in our communities – to fight any kind of discrimination. This project aims to raise awareness of our fundamental rights and of how we can all take action to seek equal dignity, equal justice and equal opportunity.” — Alistair Spalding CBE, Artistic Director and Chief Executive, Sadler’s Wells

“We are delighted that arts and cultural organisations across the UK are choosing to mark the 70th anniversary of the Universal Declaration of Human Rights in such a creative and visible way. It is essential that all people understand they have fundamental rights so they can stand up for their own rights and those of others. This project will powerfully convey this message in the UK, and we hope it will have a long-lasting impact.” — Laurent Sauveur, Chief External Outreach, Office of the United Nations High Commissioner for Human Rights

“The 1948 Universal Declaration of Human Rights was forged with great care and wisdom from the great horrors of the 20th century and is still our best guide today for building or maintaining a decent society. With powerful forces now aligning to erode its authority, let’s do all we can to bequeath it safely to our children and grandchildren as they face the challenges of a rapidly changing world.” — Kazuo Ishiguro

“Flags are a great way to bring all kinds of people together. This project will create a symbol showing that human rights are for everyone. If we are to all unite behind them, we must educate people to understand their full meaning and the role they play in our daily lives.” – David Isaac, Equality and Human Rights Commission, Chair

“The Declaration of Human Rights was momentous for citizens and nations around the world. It gave us freedoms never imagined and opportunities which previously were only for the few. Throughout its history, Coventry has always pioneered activism, fighting for workers’ rights, promoting equality, tackling racism, making a case for arts in education, welcoming new communities, finding solutions for poverty and health inequalities. We recognise the challenges and issues that continue to face our communities and have put freedom, democracy and equality at the centre of our Coventry 2021 movement. – Chenine Bhathena, Creative Director for Coventry City of Culture Trust

“We all have them, and we all need them. This project is about remembering our collective humanity, and learning about our rights so that we might protect them as they protect us. Arts organisations and human rights charities across the UK are marking the 70th anniversary of the Universal Declaration of Human Rights in a genuinely creative and visible way which we hope it will have a long-lasting impact. — Kate McGrath, Director, Fuel