The Summer Exhibition Committee members will be made up of Royal Academicians including Rana Begum, Stephen Chambers, David Mach, Farshid Moussavi, Grayson Perry, Cathie Pilkington, Conrad Shawcross and Bill Woodrow. In addition, Niall McLaughlin will curate the Architecture Gallery. The committee will be chaired by the President of the Royal Academy, Rebecca Salter. CLIMATE in all its manifestations will be represented whether it presents as crisis or opportunity, nightmare or memories, or simply our everyday experience of weather.

The Summer Exhibition is the world’s largest open submission contemporary art show which has taken place every year without interruption since 1769. The members of the Summer Exhibition Committee serve in rotation, ensuring that every year the exhibition has a distinctive character, with each Royal Academician responsible for a particular gallery space. Works from all over the world are judged democratically on merit and the final selection is made during the eight-day hang within the galleries.

The Royal Academy now invites artists and architects to submit their work for a chance for it to feature in the exhibition: summer.royalacademy.org.uk. Entries will open on Wednesday 19 January 2022 and the submission deadline is Wednesday 2 March 2022. The RA expects to receive approximately 15,000 entries and around 1200 works in a range of media will go on display.

Much of the works will be for sale, offering visitors an opportunity to purchase original work. Funds raised support the exhibiting artists, the postgraduate students studying in the RA Schools, and the Royal Academy’s work.

One of the founding principles of the Royal Academy of Arts was to “mount an annual exhibition open to all artists of distinguished merit” to finance the training of young artists in the Royal Academy Schools. The Summer Exhibition has been held every year without interruption since 1769 and continues to play a significant part in raising funds to finance the students of the RA Schools. The RA Schools is the most extended established art school in the UK and offers the only free three-year postgraduate programme in Europe.

As the world’s largest open submission contemporary art show, the Summer Exhibition provides a unique platform for emerging and established artists to showcase their works to an international audience, comprising a range of media from painting and printmaking to photography, sculpture, architecture and film. Royal Academicians are automatically entitled to submit up to six works to the Summer Exhibition and the rest of the exhibition features work by those invited by the committee and external entrants. 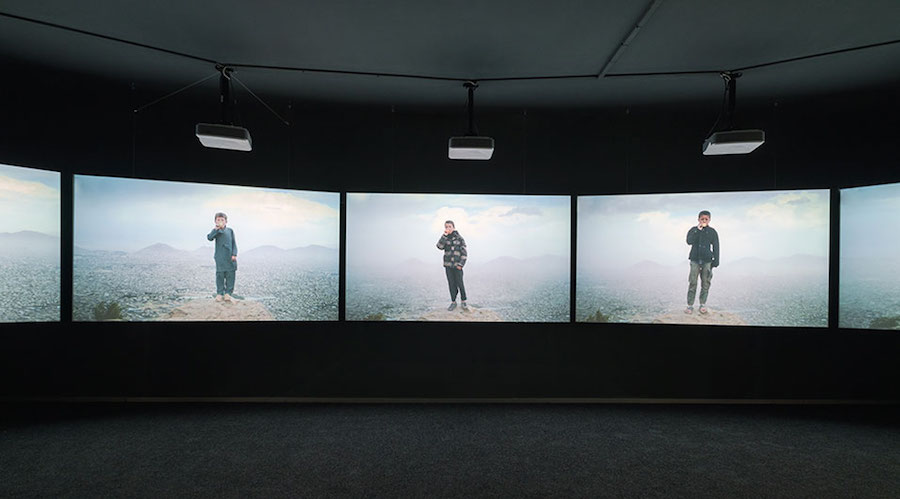 Aziz Hazara, an artist from Afghanistan, is the winner of the Future Generation Art Prize 2021, the 6th edition of the global art prize for artists under 35, established by the Victor Pinchuk Foundation in 2009. The international Jury announced the winner at the online award ceremony on 8 December. Aziz Hazara received a total of $100,000: $60,000 as a cash prize and $40,000 to fund their artistic practice.

Addressing the young artists Victor Pinchuk, founder of the PinchukArtCentre and Future Generation Art Prize, said: “I’m really happy and proud that we are together tonight. It wasn’t easy in this challenging and crazy time. But my congratulations to everybody. You know this idea of the Future Generation Art Prize came to me in 2008 in the middle of the global financial crisis. Maybe it would be useful for young artists to know and understand that crisis is a fantastic source of inspiration. Nobody can tell us better about this world than great, especially young, emerging artists. You can say about this world much better than politicians can in the future. My belief is that contemporary art is one of the most revolutionary forces in the world. That is why I think your role is so important. Ideas are created in your subconscious and through the object you create, your ideas, your feelings, they can come to the subconscious of your viewers, visitors. And this way, you can influence and help us change this world. We can survive only if we change this crazy world with its dangerous and unpredictable future.”

Commenting on Agata Ingarden as the winner of the Special Prize, the Jury said: “The Jury recognizes the inventive work of Agata Ingarden in this ambitious project that explores the tensions between the desire for freedom and the strict rigidity and control of daily life. She embraces risk in her exploration of new mediums. In her practice, the work becomes a complex network of sculptural materials, spatial interventions, sound, and performative video. Her work claims and transforms the gallery’s architecture beyond the conventional boundaries of artwork by modifying the walls and the ceilings and bringing windows from the outside inside. There are spillovers from the digital to the real and then back, creating a circularity that results in a layered installation that invites us, participants, to imagine and rediscover our relations to the body, desire and the spaces we live and work in.”

All the shortlisted artists will participate in the Future Generation Art Prize 2021 @ Venice group exhibition organized by the PinchukArtCentre as an official Collateral Event of the 59th International Art Exhibition at Scuola Grande della Misericordia. 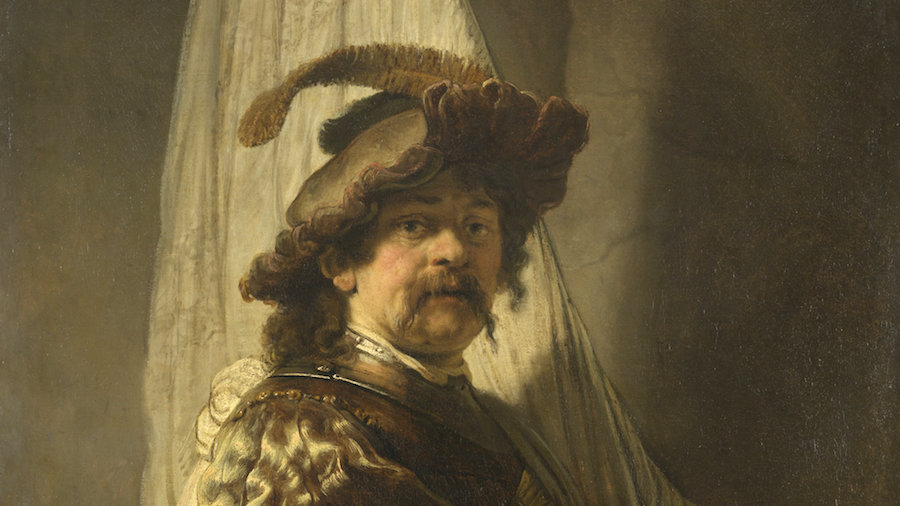 A self-portrait of the 17th Century Dutch artist Rembrandt van Rijn known as the Standard Bearer will most likely be bought by the government of the Netherlands as a work of cultural importance.They seek parliamentary approval to buy the £200m artwork seen as a hugely crucial Dutch masterpiece and part of their cultural heritage.

Painted in 1636, private collectors, including the Rothschilds, have owned the portrait for centuries. It will go on tour before being displayed in Amsterdam’s Rijksmuseum.

“The Standard Bearer is coming home for good after a journey of several centuries,” Culture Minister Ingrid van Engelshoven said in a statement.

The painting shows Rembrandt in the costume of a standard-bearer who led troops into battle in the Eighty Years War, culminating in the Netherlands’ independence in 1648. It was shown at an exhibition at the Rijksmuseum in 2019.

The Standard Bearer has been owned by a French branch of the Rothschild family since 1844, and France has declared it a national treasure. However, after the French state waived its right to buy the painting, the Netherlands decided to purchase and allowed a sale on the open market.