The Watts Gallery Trust has announced that Alistair Burtenshaw has been appointed as the new Director of Watts Gallery – Artists’ Village and will take up his appointment on 4th September 2017. Mr Burtenshaw is the current Director of Charleston in East Sussex, the former home of Bloomsbury Group artists Vanessa Bell and Duncan Grant, and Chair of Arvon, the UK’s creative writing charity.

Burtenshaw was also the former Director of The London Book Fair and Chair of Booktrust, Alistair has, since becoming Director in March 2013, led the Charleston Trust’s £9.3 million Centenary Project to renovate the Grade II listed barns at Charleston and construct new galleries designed by architect Jamie Fobert.  During this time Alistair has overseen the Heritage Lottery Fund-backed scheme which includes a project to catalogue, conserve, digitise and interpret the 8,000 works on paper that make up the Angelica Garnett Gift; developed the reach of its artistic programmes and strengthened and increased its learning and community engagement work.

Alistair has also led a significant development in the Trust’s renowned Charleston Festival and Small Wonder short story festival, as well as being instrumental in the foundation of the new Charleston-to-Charleston Literary Festival in Charleston, South Carolina, its Charleston-EFG John Maynard Keynes Prize, most recently awarded to Professor Stephen Hawking, and Charleston Lifetime’s Excellence Award in Short Fiction.

Richard Ormond, Chairman of the Trustees of Watts Gallery Trust, commented: “We are delighted to welcome Alistair Burtenshaw as the new Director of Watts Gallery – Artists’ Village.  He has been a highly successful leader and innovator in the arts, and we look forward to working with him on the next chapter of the Watts story.”

Alistair Burtenshaw commented: “As we celebrate the 200th anniversary of G F Watts’s birth, his allegorical works and vision for a just society speak as powerfully to the challenges faced by today’s world as they did in his time.  The Artists’ Village that he and Mary Watts created in Compton was, like Charleston, a fertile hub of creativity.  Today, Watts Gallery – Artists’ Village is an empowering testimony to the transformative power of the arts and G F and Mary Watts’ vision for a thriving creative community.”

“I have long admired the Watts Gallery and its transformation under Perdita Hunt’s leadership and I look forward to leading this unique national asset as it welcomes new and existing visitors to its galleries, exhibitions, Great Studios, Artists’ House and Chapel.”

Alistair Burtenshaw will succeed Perdita Hunt who will be stepping down as Director on 1 July 2017 after twelve momentous years to pursue roles in the arts and heritage, including working with the Heritage Lottery Fund and the National Trust and developing her consultancy with The Recess College and Leadership Insight. Achievements during her time include: the £11 million restoration of the main Gallery buildings; the acquisition of Limnerslease, the Watts’ Arts and Crafts home and the £5 million restoration of the Watts Studios; the long-term lease of the Watts Cemetery Chapel, Mary Watts’ masterpiece; the introduction of a programme of major exhibitions; the expansion of learning and art courses for all, and a dramatic rise in visitor numbers. 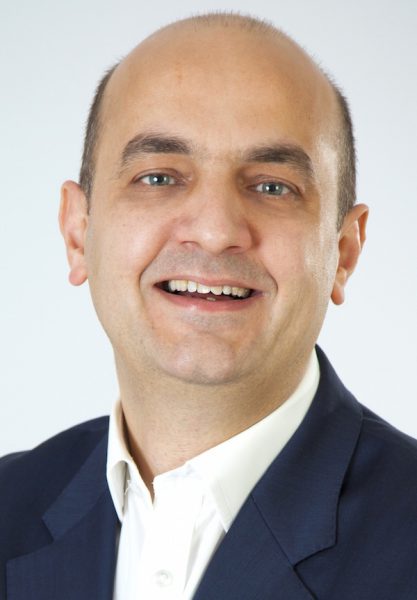 George Frederic Watts OM RA (1817–1904) was widely considered to be the greatest painter of the Victorian age.  He became the first living artist to have a solo exhibition at the Metropolitan Museum of Art, New York and the artist’s donation of paintings made a significant contribution to the founding collections of Tate Britain and the National Portrait Gallery.

In 1890, with his second wife Mary Seton Watts (1849–1938), Watts moved to Compton, a hollow in the Surrey Hills located on the Pilgrims’ Way.  The Watts commissioned a country home and winter studios, Limnerslease, from leading Arts and Crafts architect Ernest George, and from 1891 they resided there.

What followed was the creation of a unique Artists’ Village, starting with the Grade I-listed Watts Chapel, an Arts and Crafts masterpiece designed by Mary and realised through a community arts project in the last decade of the 19th century. This led to the formation of the Compton Potters’ Art Guild, a social enterprise founded by Mary Watts that thrived in the village until the 1950s, selling at Liberty & Co and receiving commissions from eminent architects and designers. Finally, the Watts Gallery, the first purpose-built an art gallery in the UK dedicated to a single professional artist that opened its doors to the public in 1904. Providing, together with Tate and the National Portrait Gallery, a complete overview of G F Watts’ art and aspirations.

In the course of the 20th century Watts Gallery – Artists’ Village fell into disrepair, being placed on the English Heritage ‘At Risk’ Register.  Thanks to supporting from the Heritage Lottery Fund and many generous donors, Watts Gallery – Artists’ Village has been rescued and restored and today the Gallery, Studios, Chapel and Pottery Buildings attract over 65,000 annual visitors.