Marlow joined the Royal Academy as Artistic Director in 2014 and over the past six years has been responsible for an extremely successful exhibition programme that has attracted both critical acclaim and new audiences to the Royal Academy. Outstanding exhibitions include: Ai Weiwei (2015), Painting the Modern Garden: Monet to Matisse (2016), Abstract Expressionism (2016), Dali/Duchamp (2017), Jasper Johns (2017), Charles I: King and Collector (2018), Oceania (2018), Renzo Piano: The Art of Making Buildings (2018) and Antony Gormley (2019). Marlow has also been responsible for overseeing the Collections, Learning, Publishing and Architecture teams as well as introducing the annual Festival of Ideas and Architecture Awards Week. Marlow will leave the Royal Academy in December 2019 and begin his new role at the Design Museum in January 2020. 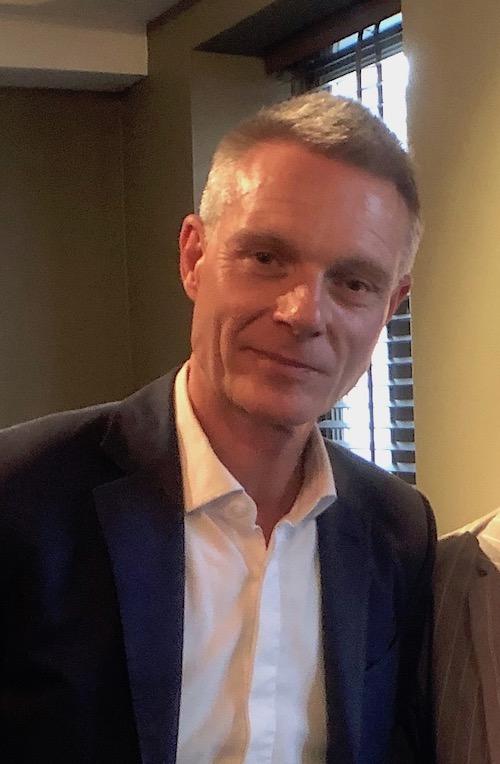 Tim Marlow, Artistic Director of the Royal Academy, said: “The Royal Academy is a wonderful institution and the last six years have been inspiring and immensely enjoyable. It has world-class artists and architects at its heart, and equally, it has world-class staff who I will miss working alongside. But when the opportunity of becoming the Chief Executive and Director of the Design Museum arose, it was a challenge I have found impossible to resist.” Christopher Le Brun, President of the Royal Academy, said: “Tim has made a wonderful contribution to the RA. As an artist-led institution, I have very much appreciated his natural rapport with artists and architects and his ability to communicate that enthusiasm. I’ve known Tim for many years, and I wish him well in the next step of his career, knowing that his time at the RA has been such a success.”

Axel Rüger, Secretary and Chief Executive of the Royal Academy said: “Tim Marlow has been an exceptional Artistic Director over the past six years. He not only delivered an outstanding series of exhibitions but also oversaw our very successful Learning, Architecture and Publishing programmes. Through his energy, professionalism and creativity, he has made a great contribution to the development of the Royal Academy and its 250th anniversary. I have very much enjoyed working with him and wish him every success in his new role.”

Tim Marlow Marlow has been involved in the contemporary art world for the past 30 years as curator, writer and broadcaster. Having trained as an art historian, he has also worked with many of the most important and influential artists of our time including, Ai Weiwei Hon RA, Antony Gormley RA, Damien Hirst, Theaster Gates, Anselm Kiefer Hon RA, Tacita Dean RA, Cerith Wyn Evans, Tracey Emin RA, Gilbert & George RA, Julie Mehretu, Doris Salcedo and Mark Bradford. Tim Marlow joined the Royal Academy in 2014 as Director of Artistic Programmes, he became Artistic Director the following year, overseeing six departments from the RA’s exhibition programme to Collections, Learning, Academic Programmes, Publishing and Architecture. Over the past six years he has programmed outstanding exhibitions at the RA including Ai Weiwei (2015), Painting the Modern Garden: Monet to Matisse (2016), Abstract Expressionism (2016), Revolution: Russian Art 1917-1932 (2017), America After the Fall: Painting in the 1930s (2017), Dali/Duchamp (2017), Jasper Johns (2017), Charles I: King and Collector (2018), Tacita Dean: Landscape (2018), Oceania (2018), Renzo Piano: The Art of Making Buildings (2018) and Antony Gormley (2019). He has also introduced the RA’s annual Festival of Ideas and Architecture Awards Week.

Before his appointment at the Royal Academy, Marlow was Director of Exhibitions at White Cube for over ten years (2003-2014). Marlow is an award-winning radio and television broadcaster who has presented over 100 documentaries on British television and has presented programmes on BBC Radio since 1993. He was the founder editor of Tate magazine and is the author of numerous books and catalogues. He has lectured, chaired and participated in panel discussions on art and culture across the globe. His scholar’s perspective, along with his humour and vim make him one of the most influential people in the art world. Marlow sits on the Board of Trustees for the Imperial War Museum, Sadler’s Wells, Artichoke, Art on the Underground Advisory Board and The British School at Rome. About the Royal Academy of Arts, The Royal Academy of Arts was founded by King George III in 1768. It has a unique position in being an independent, privately funded institution led by eminent artists and architects whose purpose is to be a clear, strong voice for art and artists. Its public programme promotes the creation, enjoyment and appreciation of the visual arts through exhibitions, education and debate.

The Royal Academy has launched a new campus as part of the celebrations of its 250th anniversary year. Following a transformative redevelopment, designed by the internationally-acclaimed architect Sir David Chipperfield RA and supported by the National Lottery, the new Royal Academy of Arts reveals more of the elements that make the RA unique – sharing with the public historic treasures from its Collection, the work of its Royal Academicians and the Royal Academy Schools, and its role as a centre for learning and debate about art and architecture – alongside its world-class exhibitions programme. Royalacademy.org.uk For press enquiries, please contact: Johanna Bennett at the Royal Academy Press Office on 0207 300 5615 or johanna.bennett@royalacademy.org.uk