Happy 90th Birthday Andy Warhol. This is the artist that propelled contemporary art to the breaking-point that we know today. He was the zeitgeist artist of the 1960s and 70s who broke away from the strict boundaries dictated by the Abstract Expressionist establishment controlled by critics like Clement Greenberg. Here is a quick biography. – Enjoy!

“I’m afraid that if you look at a thing long enough, it loses all of its meaning.” – Andy Warhol

Andy Warhol was born Andrew Warhola on August 6, 1928. As a child, Warhol suffered from Sydenham chorea, a neurological disorder commonly known as St. Vitus dance, characterized by involuntary movements. When the disorder occasionally kept him home from school, Warhol would read comics and Hollywood magazines and play with paper cutouts. Growing up in Depression-era Pittsburgh, the family had few luxuries, but Warhol’s parents bought him his first camera when he was eight years old.

After graduating from art school with a degree in pictorial design, Warhol moved to New York City to pursue a career as a commercial artist, and he dropped the final “a” in Warhola. He moved with fellow classmate Philip Pearlstein and created a circle of close-knit friends including college friend Leila Davies Singeles and dancer Francesca Boas. His work first appeared in a 1949 issue of Glamour magazine, in which he illustrated a story called “What is Success?” An award-winning illustrator throughout the 1950s, some of his clients included Tiffany & Co., I. Miller Shoes, Fleming-Joffe, Bonwit Teller, Columbia Records, and Vogue. 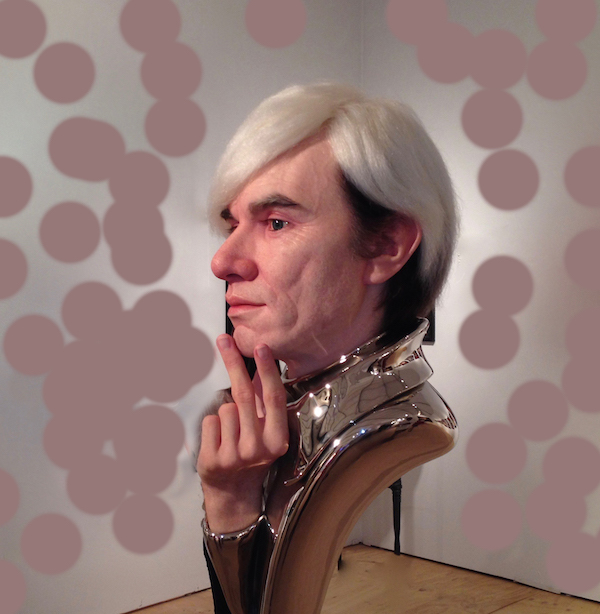 In 1960, Warhol turned his attention to the pop art movement, which began in Britain in the mid-1950s. Everyday life inspired pop artists, and their source material became mass-produced products and commercial artefacts of daily life; commercial products entered into the highly valued fine art space. In 1961, Warhol created his first pop paintings, which were based on comics and ads. Warhol’s 1961 Coca-Cola [2] is a pivotal piece in his career, evidence that his transition from hand-painted works to silkscreens did not happen suddenly. The black and gray composition first sketched then hand painted is a blend of both pop and abstraction, which he turned away from at the beginning of his career before experimenting with it again in the 1980s.

Warhol turned to perhaps his most notable style—photographic silkscreen printing—in 1962. This commercial process allowed him to easily reproduce the images that he appropriated from popular culture. Among Warhol’s first photographic silkscreen works are his paintings of Marilyn Monroe made from a production still from the 1953 film Niagara. In 1962, he began a large series of celebrity portraits, featuring Marilyn Monroe, Elvis Presley, and Elizabeth Taylor. Warhol made his series of Campbell’s Soup Cans in 1962 and exhibited them the same year in his first solo pop art exhibition at Ferus Gallery in Los Angeles.

In 1963, Warhol began his series of Death and Disaster paintings that used images from magazines and newspapers as well as police and press photographs of suicides, car crashes, and accidents as source material. Warhol produced a range of films between 1963 and 1968, beginning with his first feature-length film Sleep(1963), five hours and twenty-one minutes of poet John Giorno asleep. His groundbreaking eight-hour-long silent film Empire (1964) features continuous slow motion footage of the Empire State Building in New York City. In 1966, he made his most commercially successful film, the three-hour-long, double-screen The Chelsea Girls.

In 1964, Warhol moved his studio to a large loft at 231 East 47th Street in midtown Manhattan. Warhol collaborator Billy Name decorated the space with silver paint and aluminium foil, and it became known as the Silver Factory. It was a creative hub for parties and experimentation, from drug use to music and art. Its popularity grew quickly, and it attracted a diverse and inclusive crowd of artists, friends, and celebrities, many of whom posed for short film portraits. With a stationary Bolex camera, from 1964–66 Warhol made almost 500 of these silent four-minute Screen Tests played back in slow motion.

Warhol was infatuated with Hollywood celebrity and fame since childhood. He wrote to movie stars for headshots and fan photos, assembling scrapbooks between 1938 and 1941. In the 1960s, The Factory became a hangout for artists, musicians, and writers, including Lou Reed, Bob Dylan, Truman Capote, and much more. Warhol’s Superstars, including Edie Sedgwick, Brigid Berlin, Ondine, and Candy Darling, were Factory goers who appeared in his films and became fixtures in his social life. In the 1970s, Warhol was a regular at the New York disco Studio 54, and he received hundreds of portrait commissions from wealthy socialites, musicians, and film stars. He remained in the spotlight in the 1980s with his television work and high-fashion modelling. Warhol achieved stardom, and helped others do the same, realizing his expression, “In the future, everyone will be world-famous for 15 minutes.” – Words Courtesy The Warhol