The Turner Prize-Winning sculptor Anish Kapoor has called for a boycott of Phillips Auctioneers. In a statement published in the New York Times, he said, “Putin’s cronies are a legitimate target wherever they are.” “Phillips is as good a target as Chelsea football club,” he said, referring to the football team owned by Russian billionaire Roman Abramovich whose assets were frozen last month by the British Government. Abramovich is currently in the process of selling the club. He has also acted as a negotiator between Moscow and Ukraine, which led to a poisoning incident in mid-March.

Phillips is as good a target as Chelsea football club – AK

Phillips does most of its business in lavish buildings in London and New York. They are owned by the luxury brands company Mercury Group, headed by two Russian owners, Leonid Friedland and Leonid Strunin.

Former Bonhams C.E.O. Matthew Girling has also urged collectors to boycott Phillips. In an interview with The ‘Russian owned’ Art Newspaper he suggested that it “will get the attention of the world and the owners of Mercury to hopefully influence Putin to change his current chosen course of action.”

Phillips issued an online statement condemning the war. They featured the Ukrainian flag on the posting. The auction house’s executives have attempted to reassure sellers and buyers that the once British owned business was financially stable. The 226-year-old auction house is the number three player, ranking behind Sotheby’s and Christie’s. 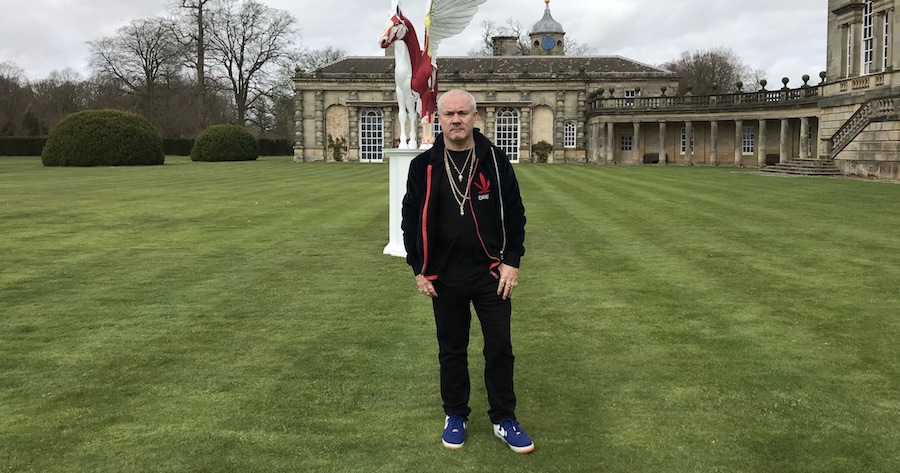 A well known tabloid newspaper has criticised the Turner Prize-winning artist Damien Hirst for claiming millions in furlough payments during the first two pandemic lockdowns. Hirst, who ranks as the world’s richest living artist, reportedly claimed £1.3 million ($1.7 million) in taxpayer money from the U.K.’s Covid job retention scheme, despite reporting an £18.2 million ($24 million) turnover in 2021, up from £11.2 ($14.8 million). In 2020 the YBA artist best known for his shark tanks and spot paintings, laid off dozens of workers.

According to filings at Companies House, Hirst’s company Science UK laid off 63 people while receiving a £15 million ($21 million) business interruption loan from the Government. In addition, the artist is thought to have earned £25m just from his sales of NFTs.

Tate Modern has announced that Chilean artist and poet Cecilia Vicuña will create the next annual Hyundai Commission. Vicuña (b.1948) is perhaps best known for her radical textile sculptures, combining natural materials and traditional crafts. A prolific multi-disciplinary artist, Vicuña explores the pressing concerns of ecology, community, and social justice. Her new site-specific work for the Turbine Hall will be open to the public from 13 October 2022 to 16 April 2023.

Born and raised in Santiago, Vicuña went into exile during the early 1970s after the violent military coup against former Chilean President Salvador Allende. This sense of impermanence and a desire to preserve and pay tribute to the country’s indigenous history and culture have characterised her career, spanning half a century. Vicuña’s ephemeral and environmentally conscious work combines the tactile ritual of weaving with assemblage, poetry, performance, and painting. Her creations include the ongoing series Precarios, tiny sculptures combining feathers, stone, plastic, wood, wire, shells, cloth and other human-made detritus, and Quipus, hanging textile installations that draw on an ancient Andean method of communication through knotting-coloured strings.

Since Tate Modern opened in 2000, the Turbine Hall has hosted some of the world’s most notable and acclaimed works of contemporary art, reaching an audience of millions each year. The way artists have interpreted this vast industrial space has revolutionised public perceptions of contemporary art in the twenty-first century. The annual Hyundai Commission allows artists to create new work for this unique context. The commissions are made possible by the long-term partnership between Tate and Hyundai Motor, confirmed until 2026 as part of the most extended initial commitment from a corporate partner in Tate’s history.

Tate recently acquired Vicuña’s Quipu Womb, in 2017. Having made its debut at Documenta 14, this monumental work explores the energies, flows and cycles of female menstruation and nature and shines a spotlight on the quipu as a form of female creativity and collectivity through the ages.

Vicuña’s art has been acquired and exhibited at museums and galleries around the world, including retrospectives at Ex Witte de With/ Kunstinstituut Melly in Rotterdam; Museo Universitario de Arte Contemporáneo (MUAC) in Mexico City and CA2M, Madrid, as well as exhibitions at the Solomon R. Guggenheim Museum, Whitney Museum of American Art, and the Museum of Modern Art in New York; the Museo Nacional de Bellas Artes in Santiago; and the Institute of Contemporary Arts and the Whitechapel Art Gallery in London. Vicuña received her M.F.A. from the National School of Fine Arts, University of Chile, in 1971 and went on to study at Slade School of Fine Art, University College London from 1972–to 3. She has received several awards, including the Premio Velázquez de Artes Plásticas, Madrid, Spain (2019); Herb Alpert Award in the Arts, Santa Monica, CA (2019); Anonymous Was a Woman Award, New York, NY (1999); and The Andy Warhol Foundation Award, New York, NY (1997), and in 2015 was appointed the Messenger Lecturer at Cornell University. In addition, Vicuña is the author of 27 internationally published volumes of poetry and was a founding member of Artists for Democracy. She divides her time between Chile and New York.