As the contemporary art world goes dark, and as galleries – official spaces and commercial ones – slam shut their doors, one inevitably starts to wonder what the art world will be like once all this is over—the British art world, and also the global one.

Just recently, in my opinion, the British art world hasn’t been in particularly good nick. This applies particularly to the London art world, which is the engine that drives the rest. No striking group of young British artists has emerged on the scene since the YBAs made their mark in the 1990s – that is to say, twenty and more years ago. The two major survivors from that era are Damien Hirst and Tracey Emin. Damien has a bigger international name than Tracey. Recently he has been drawing in his horns, giving one the impression that he is abandoning big enterprises that may require a lot of help and input from outsiders. His personally owned space in Newport Street has regularly offered exhibitions of work by artists other than himself, drawn from his own collection. Some of these artists are British, but the British ones tend not to be new. The most recent show listed on the Newport Street website featured work by John Bellany and Alan Davie, worthy subjects, but both of them dead. It closed on 1st September 2019. 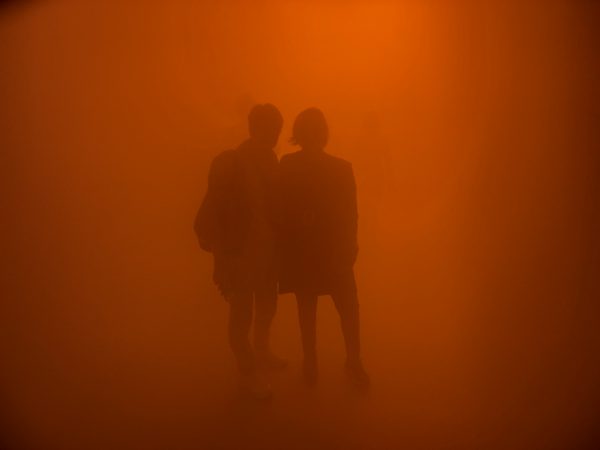 The Saatchi Gallery, another not-quite-official space, has recently been occupied by the Tutankhamun exhibition, rather than by anything to do with contemporary art. The show was supposed to run till May, but, as with all other London art spaces, the doors have slammed shut. King Tut is duly re-entombed.

In recent times, when they ventured into anything that could be described as contemporary, the London Tates have tended to do a lot of box-ticking. Female artists, ethnic-minority artists, LGTB artists. Every now and then they offer a democratic gesture of welcome to a particular constituency. For example, there was the Steve McQueen Year 3 in the big central gallery at Tate Britain, which was supposed to run until 3rd May. This consisted of a huge number of group-photographs of kids in London or near-London schools. Unlike most Tate shows, it was free entry. The gesture was big. What was doubtful was any claim to be art. Another problem never mentioned in the reviews was the fact that this was entirely a show about schools in just one part of Britain. Bring the kiddies in and show them how important they are. But London kiddies are the ones within reach. Doing the same thing elsewhere is too difficult.

What was in prospect, if one looks at what the Tates were about to offer during the coming months, was more of the same: displays of social virtue, but nothing new in art. Similar attitudes have been regularly on view recently at the Barbican Gallery and the Hayward. 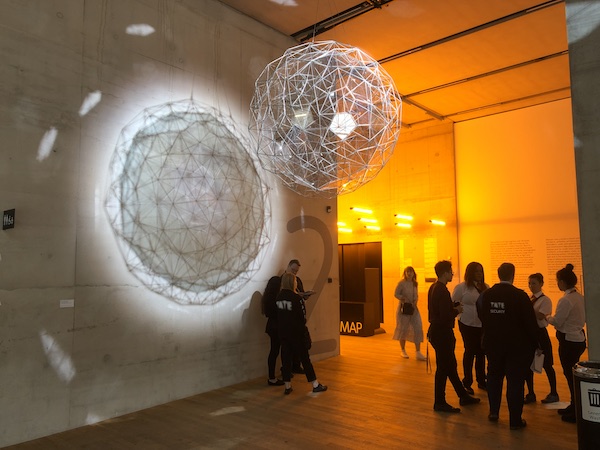 This attitude also manifested itself in other galleries of an official kind. The National Portrait Gallery, struggling for a role, did a show attempting to prove that women artists were a force in the Pre-Raphaelite movement, and succeeded in establishing that they weren’t. Muses, yes. Facilitators, yes. Victims, yes. But not significant participants as creative artists. The coronavirus crisis hit just as the NPG was about to close for a three-year rehab. One wonders what it will come back as, and if, in fact, it will return at all.

One tendency that has manifested itself in official shows has been the wish to offer the visitor not just some art, but something that ranks as ‘an experience’. The event must grab you, lift you out of yourself, change your physical perceptions. An ambitious example of this was the Olafur Eliasson exhibition In Real Life at Tate Modern, which closed on 5th January of this year, just before the coronavirus hit. You were led through a variety of different spaces, some dark, some light. Some more difficult to negotiate than others, which triggered an outcry from an indignant visitor in a wheelchair. As the gallery website put it: “In Eliasson’s captivating installations, you become aware of your senses, people around you and the world beyond.”

The trouble was, as the wheelchair visitor discovered that in practice, all this was less democratic, less universally available than it purported to be. It was an elitist event, with a slight shift in focus concerning who the members of that elite actually were. You had to be not only on the spot, in the London megalopolis, ticket money at the ready, but reasonably spry. If you couldn’t meet those criteria, forget it. There was also the fact that the show sold out. Latecomers were also excluded. 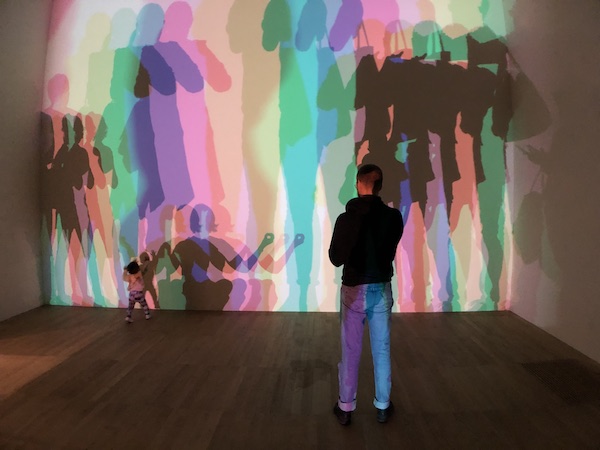 The current health crisis has forced everyone on to the web. If you want to visit an exhibition, the only way you can now do so is virtually, sitting in front of a computer screen. Some computer users object quite violently to this. And quite a few people don’t have computer access. The number of those who do is nevertheless enormous. And their physical locations are world-wide. Visit a show in London from Australia? Increasingly that’s not a problem. What’s more, you can visit the site concerned at your own convenience, at any time of the day or night.

It’s certainly possible to argue that this way of looking isn’t the real thing. The Mona Lisa on your screen doesn’t offer the same thrill as seeing her in the Louvre, jostling for a selfie together with a hundred other people equipped with iPhones or point-and-shoot digital cameras. The Mona-and-me element is missing.

The thing to notice, however, is that while stylistic experiment seems to be replaced in galleries by good works, with a special emphasis on conscious virtue, where official spaces are concerned as opposed to commercial ones, the technology used for presenting images to a public – any public – is progressing rapidly. At the moment, some of this seems to be confined to gallery-type spaces. You crowd in to experience a virtual environment – a new world that surrounds you on all sides – and you have a good chance of catching whatever bug a neighbouring visitor to the event has brought with him. Your backpack, headphones and mask won’t protect you.

Visit, not the entity that calls itself ‘the art world’ but the universe of video games and things are increasingly likely to be different. In many of the newest games, you don’t necessarily compete, at least as the idea of competition – of being a ‘winner’- is traditionally understood. Instead, you follow a narrative on a screen, reacting to it, altering its trajectory. These alterations, in their turn, elicit a response. Maybe from another gamer or gamers, looking at different screens in locations quite separate from yours. Perhaps, even, there is a reaction not from a human but from a piece of software. On every occasion, the narrative – the visual story you are telling or being told – may alter. You are entering into an immersive world of possibilities.

Maybe that world will become more thoroughly present, as an accidental result of our current depressing situation.