Barbara Ellen Rose (June 11, 1936 – December 25, 2020) Who died over the weekend was an American art historian, art critic, curator, college professor, and filmmaker. In the 1970s she championed the Minimal art of Carl Andre, Agnes Martin and Donald Judd. She was married and had two children with the painter Frank Stella and later married the legendary songwriter/lyricist Jerry Leiber.

The NYT reported; “In her criticism and essays, Rose took a formalist approach, maintaining that abstract painting is inherently superior to realism. As the decades passed, her faith in connoisseurship came to seem conservative and a rebuff to the present era, in which the meaning of any work of art is deemed inseparable from issues of race and gender.”

Rose was a great promoter of art by Women. In 1971, she wrote the first major monograph on Helen Frankenthaler. In 1983, she organised the first museum retrospective of Lee Krasner’s work, a year before Krasner’s death. Rose was perhaps best known for her 1966 book American Painting: The Twentieth Century, Geneva: Skira.

Damien Hirst Offers has offered an Instagram Tour of his Latest Exhibition. He has so far chosen artworks which he talks about on the mini-tour.

“In October I opened “End of a Century”, He said, It’s a show of my early works at my Newport Street Gallery. In the exhibition are many works I made in the 20th century, before the year 2,000. Unfortunately due to COVID I’ve had to close the gallery twice now and many people who’d booked tickets to see it might not get the chance. So I’ve decided to go through the gallery talking about the works one by one and made a video about each piece in the show and I’m gonna release them all over the next few weeks. It’s like a walk around of the show.” – Damien Hirst.

Meanwhile, Hirst has installed a giant sculpture in middle of a frozen St. Moritz Lake. The Monk, which has been installed in the centre of the ice Lake St. Moritz. The artist is showing more than 40 works in his Mental Escapology in Switzerland.

The Mental Escapology show, which opens next month (19 January-23 February), is spread across four indoor and outdoor sites. Another work, Two Figures with a Drum, will be sited on the lake’s north-eastern edge. Both pieces were last seen in Hirst’s 2017 exhibition Treasures from the Wreck of the Unbelievable at the Pinault Collection in Venice. 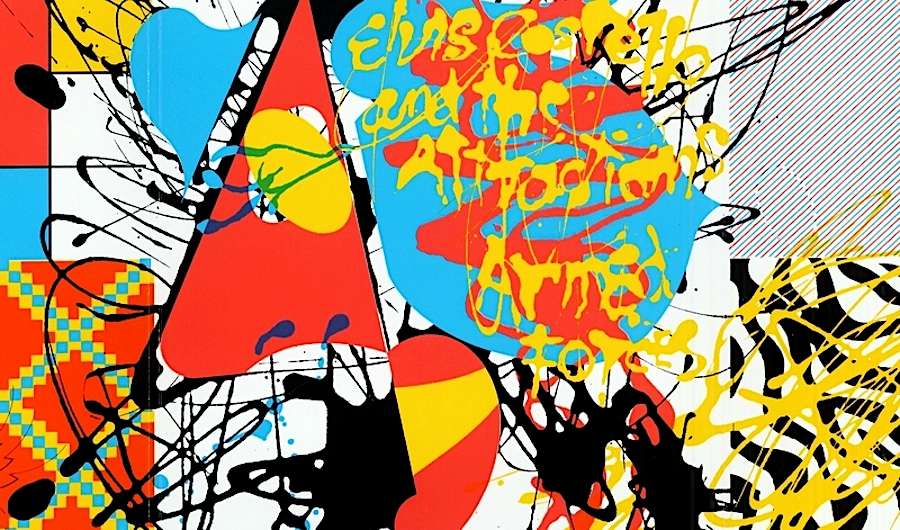 The Cultural Gifts Scheme and Acceptance in Lieu Annual, Report, has been announced revealing artworks worth nearly £65 million, settling tax of £40 million. This has been a record-breaking year for the Government schemes; the number of cases reported was also the highest ever.

Gifts include, the archive of artist graphic designer Barney Bubbles known for his Indi record sleeve and poster designs in the 1970s and eighties is a noted part of the donation. Bubbles died in 1983. Frank Auerbach’s works, including an early oil painting depicting Juliet Yardley Mills, and a charcoal drawing by R.B. Kitaj. AIL allows UK taxpayers to settle Inheritance Tax or one of its previous forms by offering essential works to the nation.

Also of note, A group of 32 monoprints by Naum Gabo allocated across the UK, demonstrating the spread of institutions receiving gifts: the Scottish National Gallery of Modern Art; The Pier Arts Centre, Orkney; the Fitzwilliam Museum and Kettle’s Yard, Cambridge; and The Hepworth Wakefield.

Acceptance in Lieu plays a significant role in developing collections and has proved highly effective in securing significant new national and regional collections. Its sister scheme, the Cultural Gifts Scheme, is also attracting donors and enriching the UK’s cultural heritage. This year’s report shows the valuable role they both play in enabling public collections to acquire important cultural property, particularly when organisations face extraordinary challenges – with budgets and the acquisition landscape affected – due to the impact of Covid-19.

An eclectic range of objects encompassing paintings, sculptures, fossils, photographs, prints, archives and manuscripts have been allocated to public collections across the United Kingdom, where they will be available for generations to come. The total value of the items accepted through the schemes is a record high, and it is the first time that the current budget (the amount of tax that can be settled under both schemes) has been fully utilised.

National museums in the devolved nations have received several works: a significant Manet portrait and a landscape by Camille Corot have been acquired by National Museum Wales; National Galleries of Scotland has received a striking gouache by Marc Chagall (the first to enter Scotland’s national art collection), and six etchings by Rembrandt have gone to National Museums Northern Ireland.

Sir Nicholas Serota, Chair, Arts Council England, said: “This report presents powerful evidence of the breadth and quality of the works of art, objects, manuscripts and archives that have been given to the public through the Acceptance in Lieu and Cultural Gift Schemes. Despite the challenges facing the cultural sector, there is some cause for celebration in knowing that cultural artefacts with a market value of nearly £65 million have entered public collections across the UK this year, which is a record high for the schemes”.