The Museum of Modern Art has replaced their Chairman Leon Black, a private equity investor and owner of Phaidon Press, with Marie-Josée Kravis, a highly regarded Canadian philanthropist and collector. The museum felt the long-running saga was too much of a distraction for the institution, which hopes to get back to business after the COVID hiatus.

Black is best known as the co-founder and former CEO of private equity firm Apollo Global Management. He stepped down as CEO and chairman in 2021 after revelations that he paid Jeffrey Epstein $158 million for family office tax-related advice over the period from 2012 to 2017. Black is also the owner of a version of Edvard Munch’s The Scream, which realized $119.9 million, the highest price ever paid for a work of art at auction at that time.

Marie-Josée Kravis, 71, is a Canadian born philanthropist. She is currently president of the Museum of Modern Art. Her husband, the financier Henry R. Kravis, previously served as the board’s president from 2005 to 2018 and has been a member of the body since 1994. See top photo

Amy Cappellazzo is to depart Sotheby’s. She joined the auction house in January 2016 following an $85 million buyout of her advisory business. Her five-year contract, which ended in January, was the topic of much speculation within the art industry. She will remain until July to oversee Impressionist, Modern, and contemporary art sales in May and June.

Amy Cappellazzo was Chairman of the Fine Art division of Sotheby’s. Before accepting the position, Cappellazzo founded Art Agency, Partners with Allan Schwartzman. The firm filled a significant need in the art market for a client-oriented combination of industry knowledge, financial sophistication, and discretion.

The company’s attention to detail and emphasis on client care catalysed a paradigm shift in the market that did not go unnoticed; in January 2016, Sotheby’s acquired Art Agency, Partners, was a groundbreaking deal. Cappellazzo previously served as a market leader in the field of contemporary art at Christie’s, where she rose to the post of Chairman of Post-War & Contemporary Development over thirteen years. Cappellazzo directed groundbreaking initiatives that led to record results during her tenure, with upward of $650 million realized in a single sale. Previously, Cappellazzo was an art advisor, curator, and critical figure in the establishment of Art Basel in Miami Beach. Cappellazzo received her B.A. in Fine Arts/Art History from New York University, a Presidential Trustee Scholar. She holds a master’s degree in Urban Design from the School of Architecture at Pratt Institute, where she focused on public art in shaping cities. 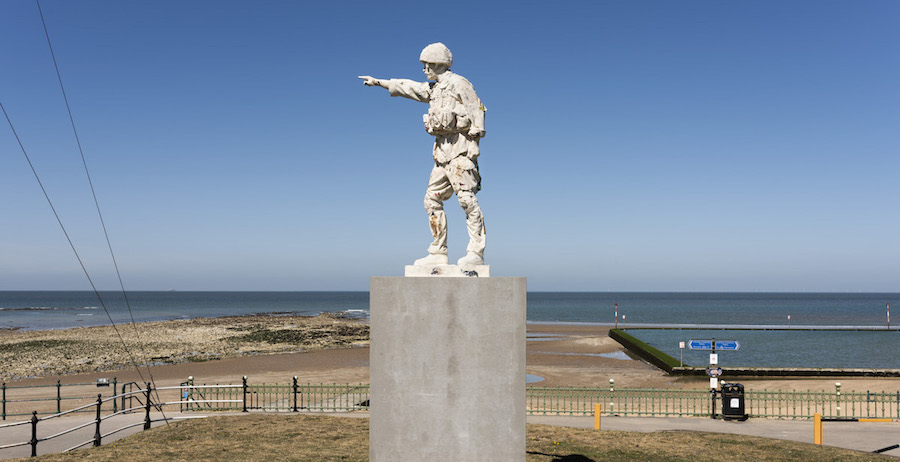 From May to November this year, visitors to the region can encounter Waterfronts, a series of seven site-specific artworks by leading contemporary artists Andreas Angelidakis, Mariana Castillo-Deball, Holly Hendry, Jasleen Kaur, Katrina Palmer, Pilar Quinteros and Michael Rakowitz that take the border between land and sea as their inspiration. Curated by Tamsin Dillon, the commissions each reflect on their partner’s coastal locations, exploring each town’s layered histories and complexities and its relationship to the rest of the world. These extraordinarily diverse works are the starting points for the world’s first art Geotour — a digital treasure trail of art caches made by local communities that will take people off the beaten track to reveal the creative spirit of each place.

Stretching 1400km from the Thames Estuary to the East Sussex Downs via the fabled White Cliffs of Dover, this section of Britain’s coast has long been a magnet for tourists and for artists, including JMW Turner, who believed Margate’s skies to be “the loveliest in all Europe”. It is now home to some of the U.K.’s most distinctive galleries and arts organizations joining forces for the first time for England’s Creative Coast: Cement Fields in Gravesend, which together with Metal in Southend-on-Sea this year presents Estuary 21; Creative Folkestone, which this summer presents the fifth edition of the Folkestone Triennial, ‘The Plot’; the De La Warr Pavilion in Bexhill-on sea, an iconic modernist masterpiece created in 1935 to be a ‘People’s Palace’; Hastings Contemporary, built among Hasting’s famous net huts where it overlooks the largest beach-launched fishing fleet in Europe; Towner Eastbourne, which has collected and exhibited contemporary art for almost 100 years and an Art Fund Museum of the Year in 2020; and Turner Contemporary in Margate, which this year celebrates its tenth anniversary and has welcomed more than 3.5 million visits since opening.

England’s Creative Coast opens to the public on Saturday 1 May with Turner Contemporary presenting the Nasher Prize-winning artist Michael Rakowitz’s Waterfronts commission for Margate, ‘April is the cruellest month’, and six geocaches to be discovered in sites across the town.

The project then opens with of each of the partner organizations sequentially: From Saturday 22 May (co-commissions with Estuary 2021):

● Cement Fields in Gravesend presents Jasleen Kaur: ‘The first thing I did was to kiss the ground’.

● Metal in Southend-on-sea presents Katrina Palmer: ‘Hello’ and ‘Retreat’. From Saturday 29 May:

● Towner Eastbourne presents Mariana Castillo Deball: ‘Walking through the town, I followed a pattern on the pavement that became the magnified silhouette of a woman’s profile’.