This year’s list of finalists for the Turner Prize has just been announced. While the names on the shortlist are virtuously unfamiliar, the general artistic direction is not. This is art that in one way or another aims to promote virtue – in the old-fashioned Victorian sense of that word – and which is anxious not to be tainted by the by the financial shenanigans of the worldwide market in contemporary art. And the host for the upcoming prize exhibition, Tate Britain, British to its core, is instinctively attuned to this set of attitudes.

Turner Prize has become the equivalent of a good Sunday session in church. An uplifting sermon from a trendy vicar – ELS

Given that this is the case, it is amusing to discover that the collective called Forensic Architecture, which is (I suspect) the front-runner for the prize, is actually a little embarrassed by the whole thing. Witness a statement that appeared on Artnet News when the shortlist was announced: “Speaking shortly after the Tate announced the shortlist this morning, its director Eyal Weizman told Artnet News that the honour arouses mixed emotions. “It’s very unexpected—we don’t consider ourselves to be artists,” he said. 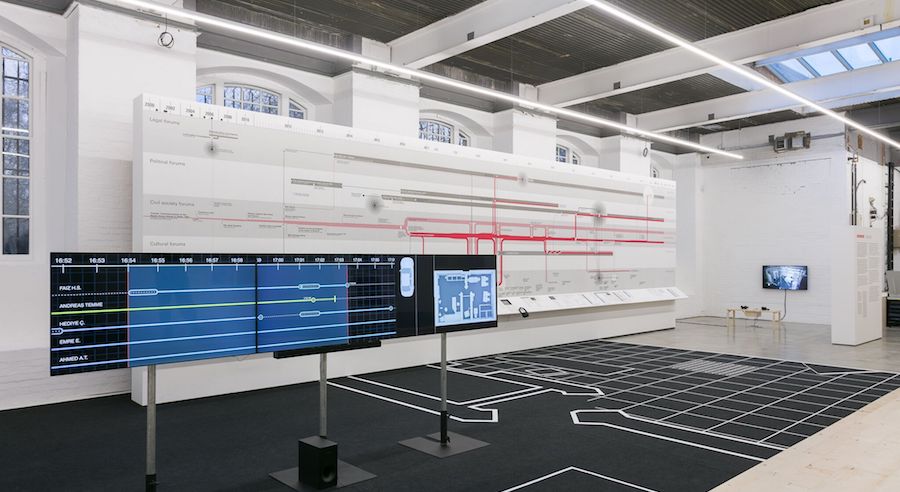 The 15-member collective of architects, filmmakers, investigative journalists, software developers, and scientists based at Goldsmiths College in London use technology to create animations, interactive maps, and navigable 3D models of conflict zones to uncover crimes and human rights abuses around the world…

While the group welcomes the opportunity draw more attention to its work by contributing to the Turner Prize exhibition at Tate Britain this fall, Weizman says that he is “a little bit worried” by the prospect that the group’s pioneering research—which uses iPhone photos and other visual evidence to investigate and reconstruct terrible events ranging from the Grenfell Tower fire to a torture prison in Syria—might become part of the “art-financial complex.” 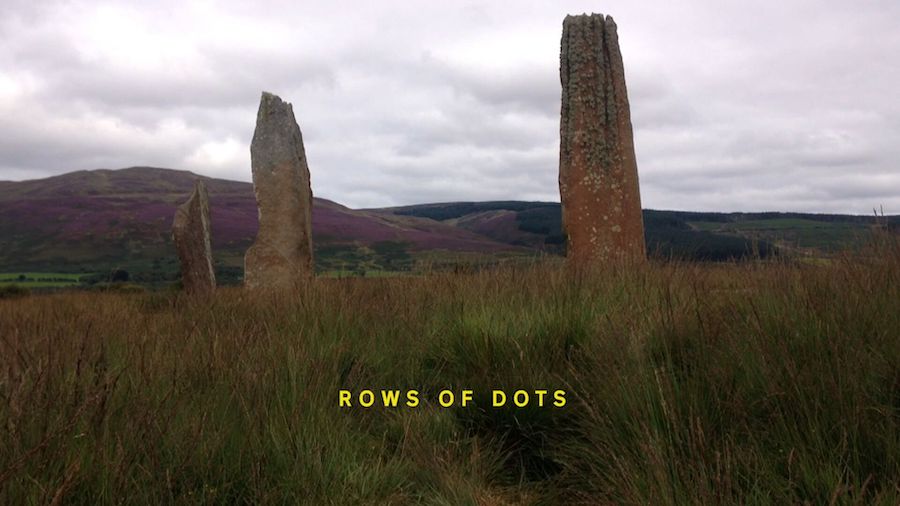 The other nominees, all makers of videos, embrace rather similar sets of attitudes. The Glasgow-based artist Charlotte Prodger announces herself rather confusingly as follows: “Charlotte Prodger’s installations and performances look at what happens to speech and other representations of the self as they metamorphose via time, space and various technological systems. Prodger uses modes of display and design to expand her ongoing inquiry into the contingency and intimacy of materials, exploring tensions and contradictions that arise between form and content.” What this seems to mean is that her work is mainly about sex and sexual self-identification. 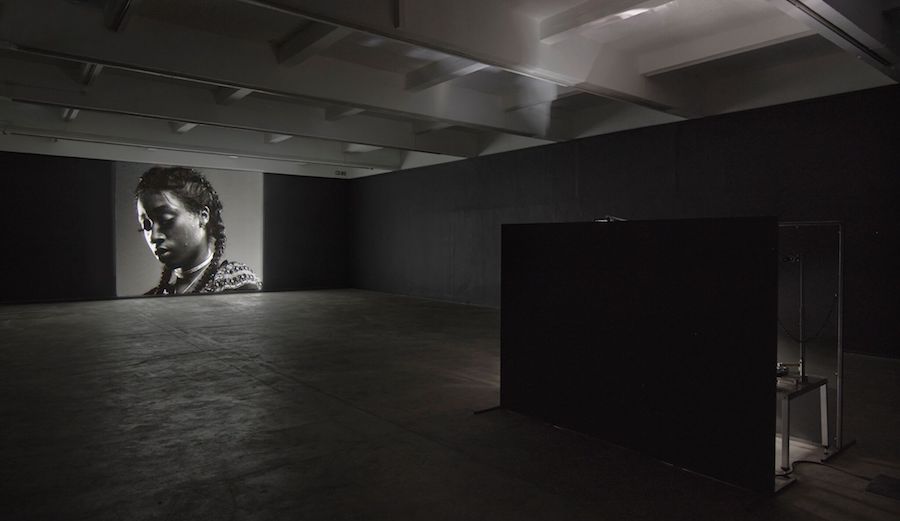 The New Zealander Luke Willis Thompson, at age 30 the youngest of the contenders, offers Autoportrait, a video of Diamond Reynolds, an American whose boyfriend was shot dead in her presence at a routine traffic stop, and who livestreamed what immediately followed. The video consists of just two four-minute takes. Willis Thompson sees what he has made as a “quiet riposte” to the widely distributed previous live stream.

As this description makes plain, it is very far from being a directly populist work. It has inherited a good slice of the elitism which characterised the long ago early phases of the Modern Movement in art – the very elitism that Tate now regularly urges us to discard.

It adds to the video’s hermetic effect that, for legal reasons, the subject was not allowed to speak: “Reynolds’ lawyers worried that any recorded speech could be turned against her in court during the case against officer Geronimo Yanez. Even when the clattering of a projector replaces all sound, and Reynolds’ wordless mouthing looks more like an incantation or a prayer.” 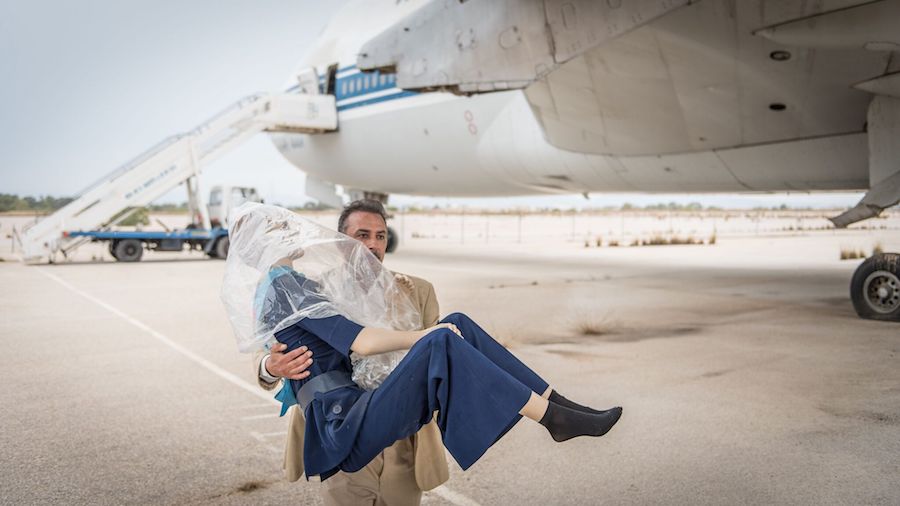 The British Bangladeshi artist Naeem Mohaiemen: “Uses essays, film, and mixed-media installations to research South Asia’s two postcolonial markers (1947, 1971). His projects on the 1970s revolutionary left explore the role of misrecognition within solidarity.” Nominated For his participation in documenta 14 and solo exhibition Naeem Mohaiemen: There is No Last Man at MoMA PS1, New York. Mohaiemen’s films explore post-colonial identity, migration, exile and refuge through narratives using fiction and social history that combine the traumas of history with his own family stories. In his films, installations, and essays, Mohaiemen reflects on radical left politics from around the world, investigating memories of political utopias and the legacies of colonialism.

For me, these various descriptions tend to summarise a problem inherent in the work of all this year’s contenders. It is not just that assumed moral value firmly takes precedence over any possible aesthetic value. It is also that, the closer you look, the more you feel yourself being coaxed into a position of moral superiority. All of the show, not just one short black-and-white video, must be viewed in the psychological equivalent of “a darkened room, with one’s entire attention given over to it.” From experience, one may hope to emerge ritually purified. Going to see the Turner Prize has become the equivalent of a good Sunday session in church. An uplifting sermon from a trendy vicar. And maybe, just maybe, a bit of a wank in the confession box.