Artlyst is pleased to present our curated guide to the best London exhibitions premiering this autumn. A  number of exciting blockbuster, museum exhibitions, International Art Fairs, and the best emerging art shows are just some of the tempting offerings to expect. There is so much happening in London over the next few months, it is disconcerting but Artlyst will keep you updated on what’s on, where it’s happening and how to get there.  If you haven’t already subscribed to our weekly newsletter make sure you do, to keep ahead of the crowd. Click here. In the meantime here are some of the season’s highlights: Once again Regent’s Park plays host to Frieze and Frieze Masters. Taking place a week earlier this year, Frieze London brings together over 160 of the world’s leading galleries from New York to Berlin and Shanghai to São Paulo, to showcase works by newly discovered artists alongside some of the most respected names in contemporary art. While, Frieze Masters brings together several thousand years of art in a unique, contemporary context.

Look out for Artlyst’s guide to the main fair and the host of accompanying satellite events published in late September.

This ambitious and long overdue exhibition will bring together some of the finest works associated with the movement from around the world.The exhibition will include works by  Kline, Pollock, Rothko, Newman, Still, de Kooning, Smith, Reinhardt and Gorky as well as work by lesser-known – but no less influential – artists to reveal the extraordinary breadth of a movement that gave New York City an artistic identity for the first time. 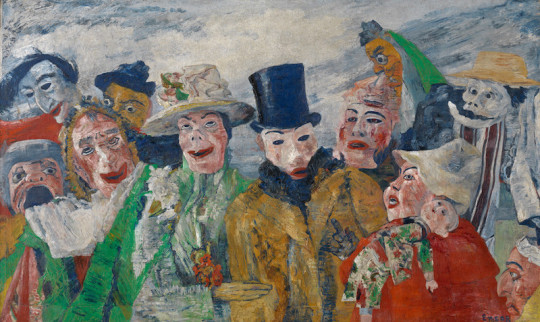 The first major exhibition of James Ensor’s (1860-1949) work to be held in the UK in twenty years. One of Belgium’s most prominent modernist artists, Ensor was widely considered to be an important precursor of Expressionism. The exhibition is curated by the renowned contemporary painter and one of Belgium’s foremost artists, Luc Tuymans, who brings a fresh perspective to the selection and presentation of Ensor’s work.

Light, darkness, and drama – the revolutionary influence of Caravaggio. With their eye-catching, dramatic lighting and intense naturalism, Michelangelo Merisi da Caravaggio’s paintings inspired a multitude of artists during his lifetime and in the decades immediately after his untimely death.

‘Beyond Caravaggio’ is the first major exhibition in the UK to explore the impact of Caravaggio’s work both on the art of his contemporaries and followers. Wifredo Lam’s work lies between East and West, Surrealism and tradition, Africa and the Caribbean, Europe and America. Lam’s career covers academic training in 1920’s Madrid, an encounter with Cubism and Surrealism in Paris, collaboration with André Breton and others in Marseille in 1940–1, and his engagement with Caribbean intellectuals in Martinique, Haiti and Cuba during and after the Second World War. The Radical Eye: Modernist Photography from the Sir Elton John Collection 10 Nov – 7 May 2017

The show will be drawn from one of the world’s greatest private collections of photography and will present an unrivalled selection of classic modernist images from the 1920s to the 1950s. Featuring over 150 works from more than 60 artists the exhibition will consist entirely of rare vintage prints, all created by the artists themselves. It will showcase works by seminal figures such as Man Ray, André Kertész, Berenice Abbot, Alexandr Rodchenko and Edward Steichen. 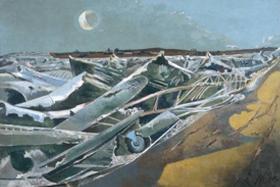 The exhibition presents Paul Nash’s major works from his early Symbolist manner, through to the iconic works of the First World War, as well as his landscapes of the interwar period. South African artist William Kentridge (b.1955, Johannesburg) is renowned for his animated expressionist drawings and films exploring time, the history of colonialism and the aspirations and failures of revolutionary politics.

In this major exhibition of six large-scale installations by the artist, music and drama are ruptured by revolution, exile and scientific advancement. This major exhibition will explore the optimism, ideals and aspirations of the late 1960s, expressed through some of the greatest music and performances of the 20th century alongside fashion, film, design and political activism. The exhibition considers how the finished and unfinished revolutions of the time changed the way we live today and think about the future. 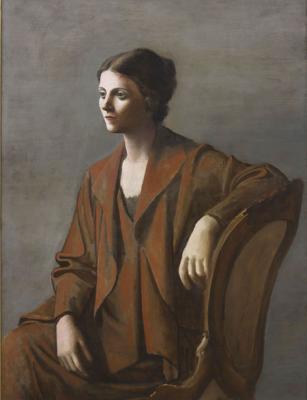 This major exhibition of over eighty works focuses on the artist’s portrayal of family, friends and lovers and reveals his creative processes as he moved freely between drawing from life, humorous caricature and expressive painting from memory.

A cast-iron sculpture cast from the artist’s body will be suspended from the ceiling of the Main Hall.

Big name artists to look out for: Yinka Shonibare MBE: ….And the Wall Fell Away at Stephen Friedman  28 Sept – 5 Nov

New works by Yinka Shonibare showing a change of direction in which he takes the designs of fabrics and manipulates them in new ways.

The exhibition will feature the latest works in Cragg’s career-long pursuit of his interest in developing specific groups of sculptural themes and forms. As always, Cragg’s radical and experimental approach to making sculpture produces surprising new forms and meanings that add congruently to his already considerable oeuvre. A Collection of new works related to Tacita Dean’s time spent in Los Angeles, which is being shown alongside her recent, highly-acclaimed 2015 film Event for a Stage. The exhibition includes a series of lithographs, slate drawings and a film of David Hockney smoking entitled Portraits.

2015 Turner Prize nominee Bonnie Camplin’s work could be described as an ongoing enquiry into the nature of consciousness, the sensory forces with which we perceive the world and the psychic relations that connect people to each other, their environment and non-human entities.

Antony Gormley is widely acclaimed for his sculptures, installations and public artworks that investigate the relationship of the human body to space. Gormley continually tries to identify the space of art as a place of becoming in which new behaviours, thoughts and feelings can arise.

Interesting emerging artists and exhibitions to look our for:

Catch the ‘up and coming’ artists and designers of tomorrow at the Chelsea College of Arts Postgraduate Summer Show, featuring work by graduating students Frankfurt enfant terrible Florian Heinke is known for his paintings that alternate between political polemics and transcendental beauty.

The exhibition will feature the work of 15 MA graduates, 5 interim students and 3 Artists in Residence developed out of the traditions of painting, sculpture, drawing and printmaking. For this new exhibition, Curtis presents six paintings in aluminium paint on raw canvas which refers 1:1 in scale and design to the subject of his photographs of garage doors which have been removed from their ‘frame’. HM Prison Reading opens its doors to the public for the first time in its 170 year history. Inspired by the experience of the jail’s most infamous inmate, Oscar Wilde, artists, writers and performers have been invited by Artangel to create new works in response.  Artists include Ai Weiwei, Nan Goldin. Steve McQueen and Marlene Dumas. Writers include Colm Toibin, Jeannette Winterston. Every Sunday throughout the exhibition Wilde’s letter De Profundis will be read out loud in the jail’s chapel by performers such as Ben Whishaw, Ralph Fiennes, Maxine Peake and Patti Smith. This is the first exhibition to examine the radical use of colour in Turner’s work.  The exhibition features more than 100 works in both oil and watercolour, with the fullest survey of the artist’s watercolours of Margate yet to be shown at Turner Contemporary.